Hi everyone!
The game has now been out for a bit under a month and we have released the first big patch yesterday. This year has been hard work, but also incredibly fun to finally get to release the game we have worked on for so long be successful. As you probably know us swedes like vacations and it's now time for us to get some rest for a month and return full of energy to work on the game again.

This means that you will likely not see as much presence on the forum during this time as you are used to, so I figured I'd give a heads up.

After vacation we will be working on 1.2 patch or 1.1.1 if a hotfix is needed. AI and balance will be priority but we also have some nice ideas for increasing difficulty and replayability and such for players who have already mastered the game. More info on that in august.

Enjoy your summers and many thanks from the team for supporting us!

p.s fun statistics about HOI4: about 30% of games played are using minor nations. This is really great to hear because one of my goals when designing HOI4 was to make minors fun and playable. 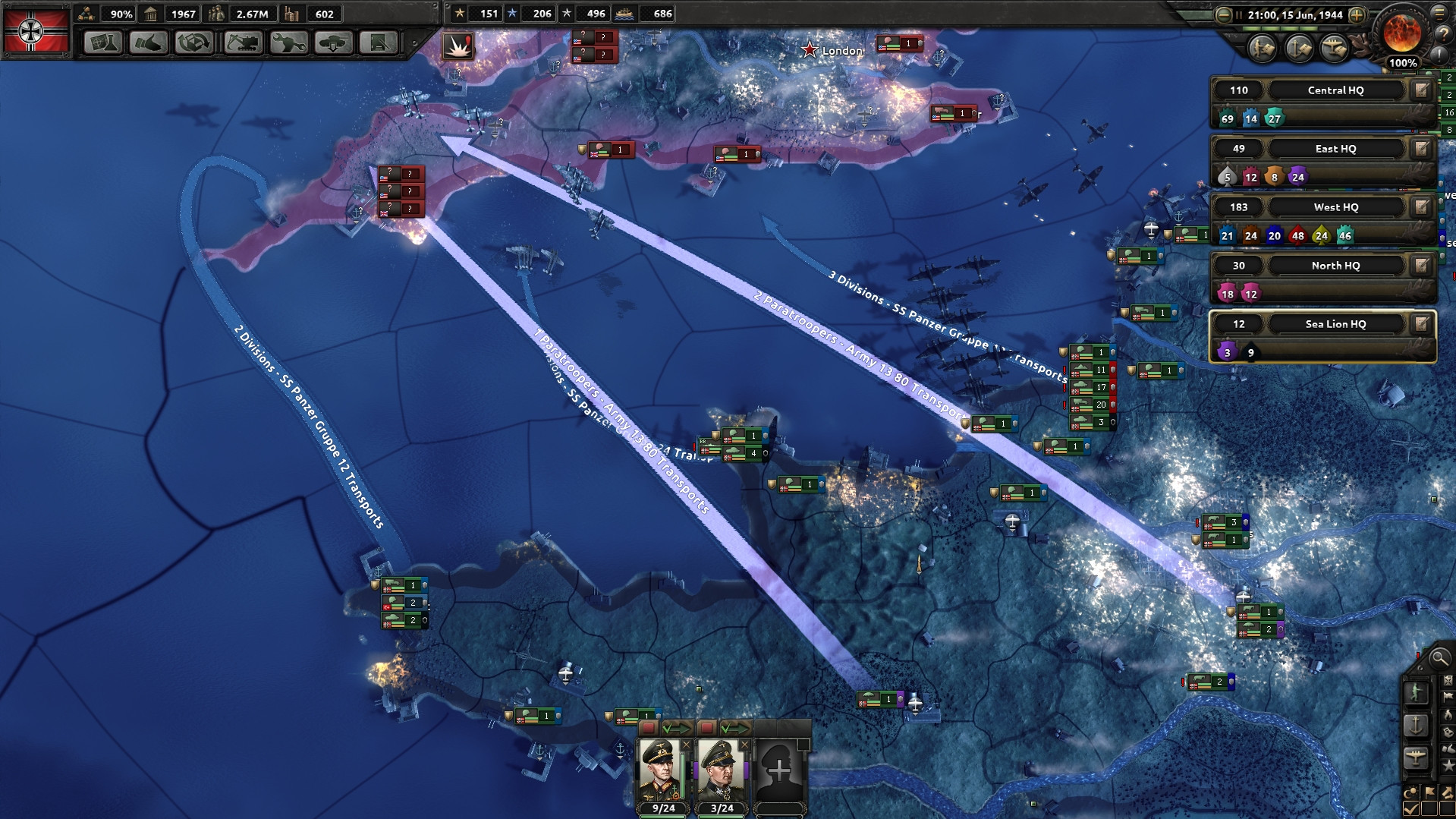 (@ARMORIOS playing Germany, although his invasion ended in flames for him it looked neat )
Toggle signature
Reject reason to make the impossible possible!
Reactions:

Enjoy some well earned time off, guys. Game is fantastic, and confident the weaknesses will get dealt with in time.
Reactions:

Thanks for the DD Podcat.
Hope you all have an enjoyable summer!
I know I will with Hearts of Iron IV
Reactions:
M

podcat said:
AI and balance will be priority but we also have some nice ideas for increasing difficulty and replayability and such for players who have already mastered the game.
Click to expand...

Fantastic game, enjoy the rest, you guys have earned it
Reactions:

podcat said:
about 30% of games played are using minor nations
Click to expand...

Who Speaks for the Negro?

@podcat
Enjoy your holiday!
I must say that I enjoy playing Minors A LOT. (Denmark, Czechoslovakia, Yugoslavia, Siam, Ethiopia etc.)
However, I think that some people might prefer playing as Minors cause as majors there is simply not that big challenge in the game. If you don't screw up when playing Major, you will in 9/10 cases win and conquer everything so I hope that you will increase a difficulty somehow and give us some more challenging stuff to do as majors.
Anyway, enjoy holidays and bye on August!
Toggle signature
Kubusta, Paradox fangay ^^
Reactions:

podcat said:
p.s fun statistics about HOI4: about 30% of games played are using minor nations. This is really great to hear because one of my goals when designing HOI4 was to make minors fun and playable.
Click to expand...

Clearly you've deliberately designed a game that isn't about WWII. Come on the mods!
Reactions:

I am a proud member of the Red Paradoxians.
Reactions:

Enjoy your vacations guys, I'm curious to know where you are going (the area/country, not the hotel, I don't want to stalk you) or if you're staying in Sweden.
Toggle signature
I Still Haven't Found What I'm Looking For
Reactions:

Enjoy your vacation! But i really hope you fix a lot of stuff with 1.2. The game is still suffering from a lot of huge problems. Just an example from my Singleplayercampaign i started today (playin Germany). Italy doesnt defend their homeland. They dont even defend important stuff like naval bases, towns or their bloody captial. So they just get invaded again and again in their captial. Although having problems in their wars and in defending their homeland they offer me like 80 divisions as expedition forces. And again they are sending their troops up to Hamburg, entering the sea to set sail to east africa.

I have seen this in every single game i played. Italy in particular has had a lot of issues. But you cant just play them, because then Germany is messing up a lot as well. In the games i didnt play Germany for myself they werent able to conquer denmark! Then they send about 50 divisions up to the danish front and are stuck for years. Then they declare even more wars but they dont have the troops to figth those because they got half their army in denmark -_- .
Reactions:
M

tron666 said:
It would be great if you could implement some sort of new battle type for big cities like Paris, Stalingrad and so on, in which you could see a minimap with 8 or 10 zones, and be able to move your troops like in the world map.
The defensor could have some sort of garrison (maybe related to the population number) like in Ck2 so you couldn't conquer the city without a minimun fight, although he didn't have any troops present.
Click to expand...

How about they teach the AI not to send all its troops to Indochina so that you can't just walk into Paris instead?
Toggle signature
Previous: Black Sheep Turkoman Invasion of the HRE [EU4 1.6]
Current: Blue Elephant Stompination [EU4 1.8]

enjoy your vacation and thanks for a good game that will live long with dlc and mods along
Reactions:

podcat said:
AI and balance will be priority but we also have some nice ideas for increasing difficulty...
Click to expand...

Good to hear..
Toggle signature
My compilation of all the information from the latest dev diary and subsequent dev replies.
Reactions:

podcat said:
p.s fun statistics about HOI4: about 30% of games played are using minor nations. This is really great to hear because one of my goals when designing HOI4 was to make minors fun and playable.
Click to expand...

But do my ten thousand games as France count towards that total?
Toggle signature
Extremely dangerous to our democracy.
Reactions:

Looking forward to the future of HoI IV, because that is where its strength is in my opinion.