Jump to latest Follow Reply
Menu
Install the app
You are using an out of date browser. It may not display this or other websites correctly.
You should upgrade or use an alternative browser.
Hearts of Iron IV 38690 Bug Reports 10713 After Action Reports (AAR)

Art
In my personal and entirely unbiased opinion, the art department has really outdone themselves in this expansion. See for yourself: 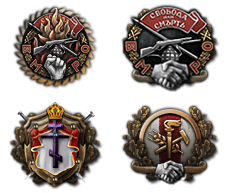 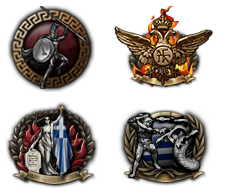 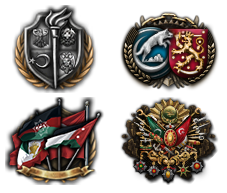 After some feedback in last week's diary, we also changed some of the focus icons we have shown off for Yugoslavia:

As part of the free update, Edwin Barclay, President of Liberia, now has his own portrait: 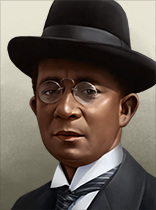 The DLC also comes with a set of tech icons for the three new nations, plus some 3d art to go along with it. I quite like the Battlecruiser, the ex-German SMS Moltke, which will be a unique model for Turkey. 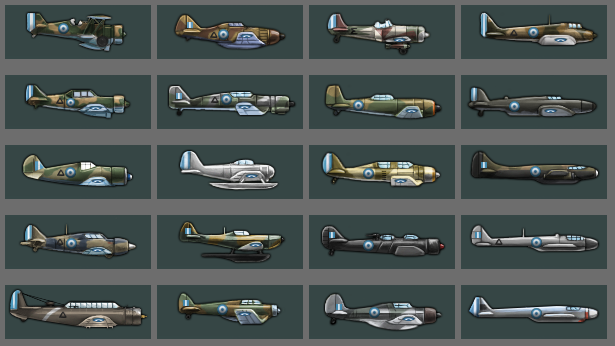 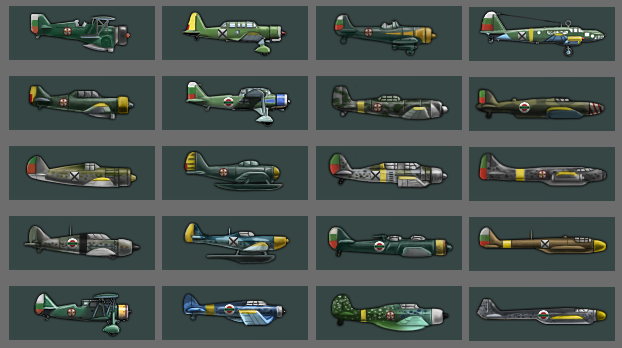 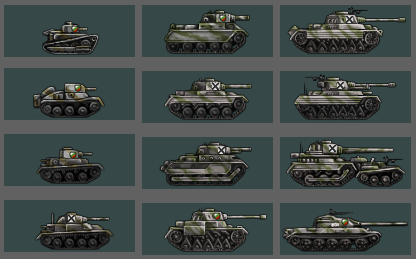 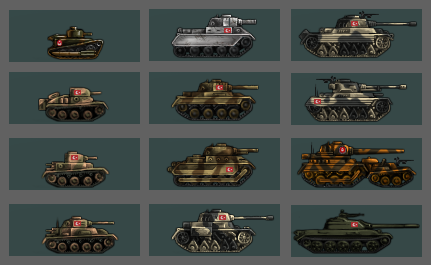 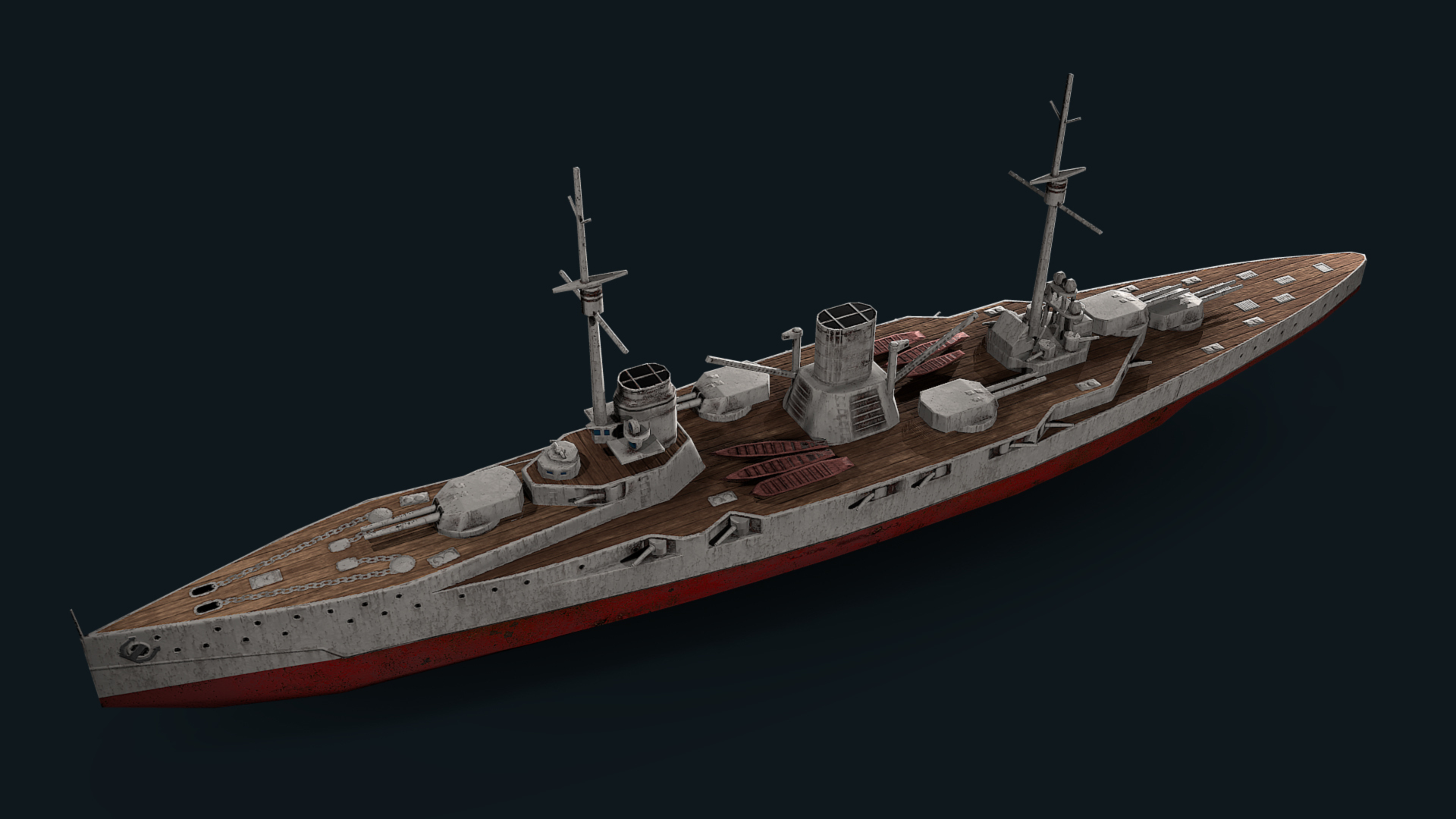 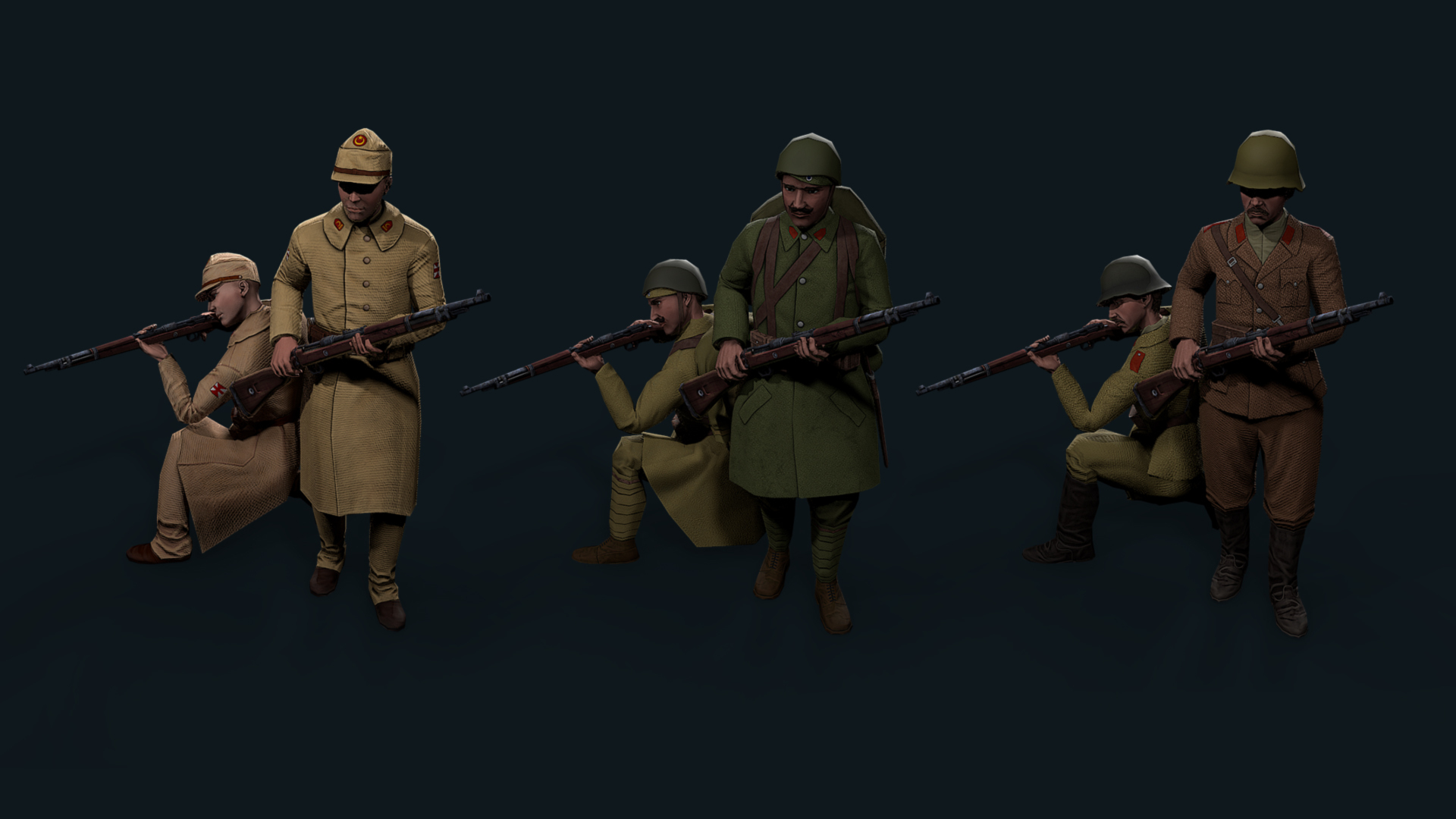 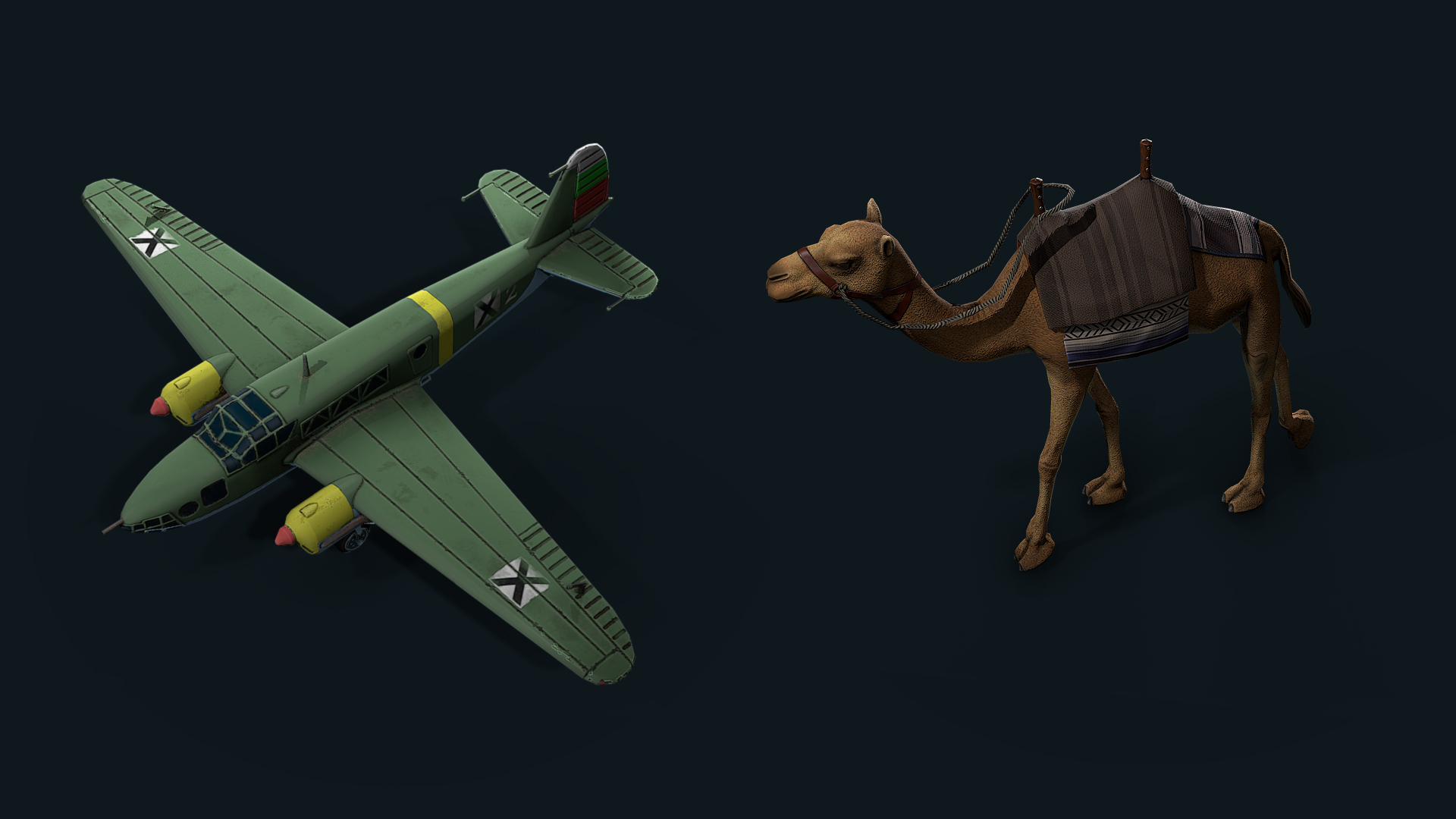 And finally, we have the addition of Camels to our long lineup of tools with which to wage war. While we showed off Camelry as a unit for Turkey, it is also available for a number of other countries that historically operated Camel units during the game’s timeframe, such as the British garrison in Somalia or the French colonial forces.

Turns out NATO doesn’t seem to have a proper counter for Camelry (an oversight on our part, I’m sure), so we made our own.

The DLC also includes three new music tracks. You can listen to one of them (“Final Frontier”) here:
As a little treat for you, we also have the Loading Screen for Battle for the Bosporus in all its glory to use as a Wallpaper:

I’m glad we finally have some cat representation in the game.

Finnish him: As Finland, defeat the Soviet Union without joining a faction

I captured the Bosphorus and all I got was this lousy achievement: As Greece or Bulgaria, own both sides of the Bosporus. As Turkey, subjugate both Greece & Bulgaria.

Peter’s Pride: As Peter II of Yugoslavia, overthrow your uncle and become King.

This is Madness!: As Greece, fulfill the Megali Idea and then form Greater Greece.

Nobody’s Business but the Turks: Restore the Ottoman Sultanate.

House of Kurds: As Kurdistan, hold all of your cores.

We’re Putting the Band Back Together: As Turkey, be in a faction with Germany and Austria-Hungary.

Dracula’s Revenge: As Yugoslavia, establish the autonomous region of Transylvania and have it own all Romanian cores.

Balkan Problem Solved: As Communist Bulgaria, form the United Balkan Federation and own all Balkan states as cores.

Bad Romeance: Restore Byzantium and have Italy, Romania, and Russia as subjects.

Totally Not Cool, Bromania: As Romania, change sides in the war and capitulate a former ally.

Freedom or Death: As Greece, liberate Albania while being at war with Italy.

Now This is Getting Childish: As Yugoslavia or Bulgaria, be at war while both countries are ruled by a child.

Hardly Anything Sèvres: As the Ottoman Empire, hold the capitals of France, the United Kingdom, Italy, and Japan.

One Nation Under Atatürk, Indivisible: As non-aligned Turkey, have zero negative state modifiers.

Master Puppeteer: As Bulgaria, complete the focus The Fate of the Balkans while having 5 or more Balkan puppets.


That’s all for today. See you next week with the full changelog and some info on a new experiment we are running to make the game more accessible.
Reactions:

Beautiful stuff, thanks for the epic work pdx <3
Toggle signature
I have no idea what this is but I am writting this here so that it won't be empty.
Reactions:

Liberian portait and cat representation? HoI4 is finally complete!
Toggle signature
Eager for NSB and the Soviet Rework? Check out the Permament Revolution Lives On! - a Trotskyist AAR.

How to have Bulgaria ruled by a child?
isn't it only for Yugo option?
also, Romania stuff is funny, switch sides, epic Yeetaly moment
Reactions:

I can already see myself getting frustrated by "Bad Romeance" and "Hardly Anything Sèvres".. but I'll definitely try to complete them! Looks good guys!
Toggle signature
hi
Reactions:

Really nice art. These new focus icons are gorgeous, they’re like mini works of art in their own right.

Also pleasantly surprised by how many achievements there are going to be. And a lot of them seem actually reasonable achievable and not ridiculously hard (I tend to struggle with HoI4 achievements....)

My anticipation for this DLC keeps increasing.
Toggle signature
"Not the circles! Take the squares, but anything but the circles!"
Reactions:

What will happen to the Byzantine and Ottoman formable nations?
Reactions:

I captured the Bosphorus and all I got was this lousy achievement: As Greece or Bulgaria, own both sides of the Bosporus. As Turkey, subjugate both Greece & Bulgaria.
Click to expand...

Is there something missing here?
Toggle signature
My mods:
Death or Dishonor: Generals -- Version XII, May 6th 2020
The King Michael's Coup Project -- NO LONGER NEEDED due to fixes to the base game

I can’t wait for release!
Reactions:

House of Kurds, clever name, I had a little laugh. I just freaking hope we'd get that Finnish tree when the Soviet/Polish/Italian tree/DLC comes out, since without any focus trees, it's close to impossible to get it as well as a lot more boring, compared to if you could do it with a focus tree without joining factions. 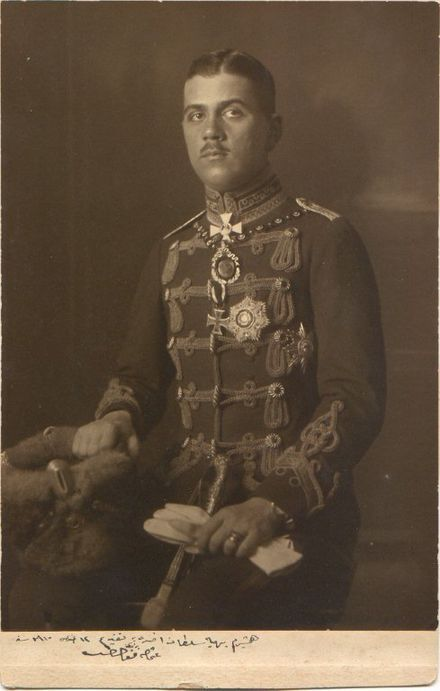 Archangel85 said:
Italy had camel troops too. Certainly in the north african desert, but possibly in somalia like the brits and eritrea!!
Click to expand...

Can we have the missing custom portrait for already reworked nation please
Reactions:

Mh... i like the Central Powers achievement, but two questions: Why did you choose Wilhelm III and not Wilhelm II for the picutre? And second: Why not include glorious Bulgaria?!
Toggle signature
Lang lebe Seine Majestät, Kaiser Wilhelm II.
Reactions:

Very nice to see this roll-up. I normally have to load up the pre and post patch versions of the game to see the new stuff.

Still no Enfield No. 1 MKIII or Ju52 artwork.... game is still broken.
Toggle signature
"Each player must accept the cards life deals him or her: but once they are in hand, he or she alone must decide how to play the cards in order to win the game."
-Voltaire
Reactions:
K

And the 'We're putting the band back together' achievement....
Toggle signature
Closed the Gates of Hell by filling it with cows!
"You get what you pay for" simply does not apply to computer games.