Jump to latest Follow Reply
Menu
Install the app
You are using an out of date browser. It may not display this or other websites correctly.
You should upgrade or use an alternative browser.
Hearts of Iron IV 37730 After Action Reports (AAR)
Show only dev responses
Threadmarks
Reader mode

Stronghold said:
It's usually not this early in the day
Click to expand...

The only developer of Suggestions for Formable Nations Rework (SFNR): The Mod, a modification content in an attempt to rework the formable nations that has ALREADY existed in Waking the Tiger

Jumping in here with a comment and some quotes, but I believe that any commercial game will run up against the dilemma that Tactics, Operations & Strategy are "FUN", BUT LOGISTICS, which determine the ultimate winner is Not..

One Paper and cardboard counter game that tried to simulate this: SPI's "Campaign in North Africa" was Ok but did not garner many sales.

I know that quotes are suspect, but they tend to point the way.

"Gentlemen, the officer who doesn't know his communications and supply as well as his tactics is totally useless."
- Gen. George S. Patton, USA

"Bitter experience in war has taught the maxim that the art of war is the art of the logistically feasible."
- ADM Hyman Rickover, USN

"I am tempted to make a slightly exaggerated statement: that logistics is all of war-making, except shooting the guns, releasing the bombs, and firing the torpedoes."
- ADM Lynde D. McCormick, USN

"Because of my wartime experience, I am insistent on the point that logistics know-how must be maintained, that logistic is second to nothing in importance in warfare, that logistic training must be widespread and thorough..."
- VADM Robert B. Carney, USN

"My logisticians are a humorless lot ... they know if my campaign fails, they are the first ones I will slay."
- Alexander
Reactions:
L

Tornado Nick said:
Can't speak for Black Ice, but Total War manages this quite nicely. Although it certainly takes quite a bit of jerry-rigging to accomplish, it shows that the already existing mechanics of Hoi4 are enough to model reliably ""authentic"" results, with creative wiggle room. It's just that, in Vanilla these mechanics are employed in an often poor and unbalanced way.
Click to expand...

Total War manages it poorly, like most of "historical" mods - not via generic mechanics, but via crazy events with mega bonuses/maluses for historical operations.
Reactions: 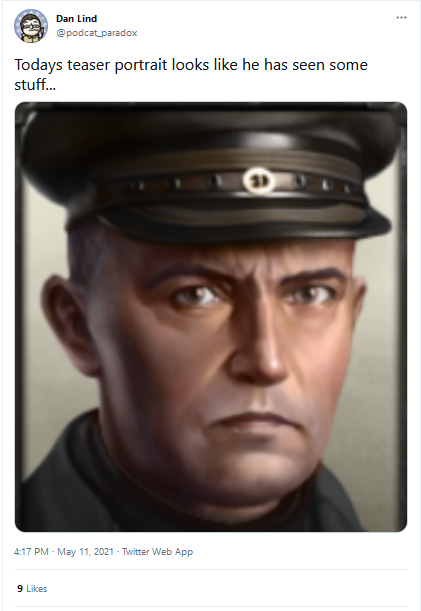 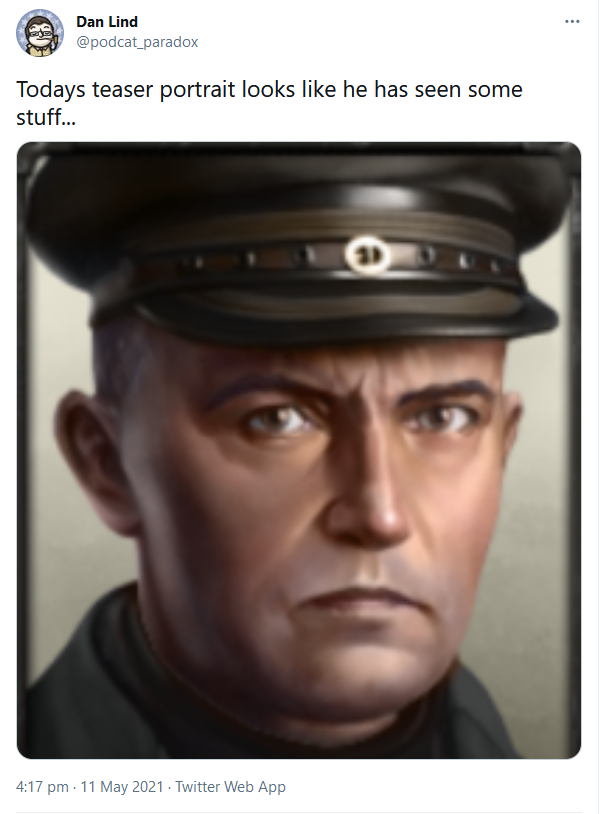 Thousand yard stare... No idea who he is, or even what nationality?
Reactions:

pdstanbridge said:
Thousand yard stare... No idea who he is, or even what nationality?
Click to expand...

For those who don't know: this is Jaan Anvelt - Estonian Bolshevik.
Reactions:

Well, that's scared me away from playing Barbarossa forever. Be seeing y'all.
Toggle signature
PSA: in dealing with trolls, I have found reason to be useless, and ignore lists to be indispensable.

Yes Estonian communist Jaan Anvelt. But he lived in the Soviet Union, so this might be a Baltic states teaser or actually the long awaited Soviet tree.

I don't think so. He died during the Great purge and worked in the Soviet Union so I would assume we'll get a Soviet focus tree tommorow.
Toggle signature
https://forum.paradoxplaza.com/forum/index.php?threads/division-commanders.1368762/

Dalos said:
I don't think so. He died during the Great purge and worked in the Soviet Union so I would assume we'll get a Soviet focus tree tommorow.
Click to expand...

That makes zero sense. He's not a general and no way would he become the leader of the USSR.
Reactions:

cotne22 said:
That makes zero sense. He's not a general and no way would he become the leader of the USSR.
Click to expand...

Fair point. In that case, it could very well be the Baltic states.
Toggle signature
https://forum.paradoxplaza.com/forum/index.php?threads/division-commanders.1368762/

Maybe an Estonian tree that will have the United Baltic Duchy as a path to defend against Poland and the USSR.

Will each Baltic country get it's own tree, or will they get shared warlord trees, or are they just getting some touch ups but no tree?
Toggle signature
Will HOI4 be released on H hour CET of D Day? - Mannstien
Once again though, there are no actual zombies, it is all hysteria and panic. - Darkrenown
No, cats were invented in 1902 by Satan, but we included them for gameplay reasons. - Darkrenown

In one of the DD threads, a dev hinted that something as big as a Soviet FT would be revealed at PDXcon only, not beforehand. So i guess it will be Baltics, probably partially shared stuff like the chinese warlords.
Toggle signature
Lang lebe Seine Majestät, Kaiser Wilhelm II.
Reactions:
Threadmarks
Reader mode
Show hidden low quality content
You must log in or register to reply here.
Share:
Facebook Twitter Reddit Tumblr WhatsApp Share Link
Top Bottom