Jump to latest Follow Reply
Menu
Install the app
You are using an out of date browser. It may not display this or other websites correctly.
You should upgrade or use an alternative browser.
Hearts of Iron IV 42609 Bug Reports 13381 After Action Reports (AAR)
Show only dev responses

Welcome to the 4th dev diary for the Together for Victory expansion currently in the works! Today we talk about new features as well as the next new focus tree - its time for South Africa.

South Africa
South Africa starts out in a precarious position. You don't have a lot of industry, but your manpower is even worse. The national spirit "History of Segregation" reduces the recruitable population by a crippling 55%. You will be able to remove it through a series of national focuses, but it will make building up for the war a lot harder. Politically, South Africa was by no means a united country during the late 30ies. While it was a British Dominion, the memories of the Boer Wars are still alive, and historically, joining the war was a very narrow thing that cost the prime minister his job - Hertzog had campaigned to keep South Africa out of the war, while his party decided that they would stand with Britain. A strong pro-German opposition even carried out acts of sabotage inside the country. In the event of war, you will have to deal with them.

Of course, if you wish to depart from history, you will have ways to do so. One of our design goals in this expansion was to give more alternatives to playing a country, while also faithfully representing the historical outcomes. Another goal was to open up new areas of the map to warfare, which were fairly untouched in the historical timeline. If you know the location of every swamp province in eastern Europe by heart, perhaps the lands south of the Sahara will provide a new challenge.

In the fascist branch, you decide to side with the hardcore anti-British Afrikaner Broederbond and either try to use the opportunity of the war to roll back the loss of Boer colonies or decide to go with Germany (they won't ask for their colony back...for now), which will even allow you to join into a tech sharing arrangement with them. But seizing power will not be easy, and you must time your moves carefully. If you play your hand a little too late or a little too early, you will face the might of the British Empire without friends to help you. Once you are securely in power, however, you may even decide to crown a new King for your country (you may have to make do with a slightly used one for starters).

In the communist branch, you will first work to unmake the discrimination against your fellow black workers, before facing a difficult choice - you can decide to join the comintern and become a staunch ally of the Soviet Union in Africa. Soviet Advisers will help you improve your military, while a tech sharing arrangement helps you find the scientifically correct way to achieve victory. The alternative is called the anti-colonialist crusade: Having thrown off the shackles of your colonial masters, it is time to start decolonising the rest of the continent. For this purpose, we have added a number of African countries which you can liberate. Don't worry, you won't have to march into Lisbon to free Angola. If you control the state, you will get the option to free them even if you are still at war with Portugal. But of course, you may instead decide that these young nations need more firm guidance...

With South Africa's limited resources, you must make careful choices to navigate the war. Tech sharing can provide you with a powerful boost to your research speed - a boost you will lose the moment you decide to leave the Commonwealth. Britain will also be a source for more advanced military equipment that will not be available when you leave.

Like the other commonwealth nations we are fleshing out there are new portraits for leaders and generals too:

Continuous Focuses
With Together for Victory we introduce a new type of national focuses. These can only be taken if you have done at least 10 regular focuses first and rather than taking 70 days and giving you a rewards they instead give you different kinds of bonuses while they are active (this means you can turn them off if you are low on political power or need to do something else). The base system here will be part of the 1.3 Torch patch, while the focuses related to new mechanics in the expansion will only be available to people who get that.

Speaking of construction and repairs, we have changed costs of forts so that they now ramp up in cost with higher levels, and made base level cheaper so its now a major investment to try and build something like the maginot line which should make things less exploitable and more strategically interesting. The base free repair effect has also been reduced to make the Construction Repairs focus more interesting.

Next week we will be talking about the new Autonomy system hinted at through the so-far revealed focus trees. See you then!

In the meantime, check out this trailer to set the mood for our upcoming Commonwealth focused expansion: Together for Victory.


And speaking of the Commonwealth. How will they and their allies handle the warmongering Axis aggression towards Moscow in today’s World War Wednesday Livestream? Watch it live @16:00CET over at https://www.twitch.tv/paradoxinteractive!
Last edited: Nov 2, 2016
Toggle signature
Reject reason to make the impossible possible!

I am sooooo ready for this!
Toggle signature
Accept the Saurian Hegemony as your overlords, all the cool species are doing it!
Reactions:

Great Idea on the continuous focii.

Thumbs up!!!
Toggle signature
no signature - no legal consequences
Reactions:

glad you like it. I think its something we will keep expanding on in the future
Toggle signature
Reject reason to make the impossible possible!

Continuous focuses are very nice addiction!
Overall the new national focuses are very interesting. Even more interesting of the original ones for the major powers .
Do you plan to take a review/refresh at the focuses of the current big powers, in a possible future?
Toggle signature
To whom he may concern: 2^30402457-1 is prime!.
Currently playing:
CK3- EU4 - Stellaris - HOI4 - Imperator:Rome -VIIC3
Waiting for:
Bloodline 2
On hold :
EU / EU2 / EU3 / EU:Rome / EU:R VV / VIC / VIC:R / VIC2/ VIC 2:HOD / DD / HOI2 / CK / CK2
Reactions:

I really like the historically base alt-history. This alt-history is very realistic!

For those interested in Germany's relationship with Africa you might like my mod Tanganyika! which will get a major update for the new expansion. In the version for Together for Victory there will be opportunities for the German player to effect things in South Africa! And if you are playing as South Africa it will be more interesting, 'What is the German spy ship doing?'. 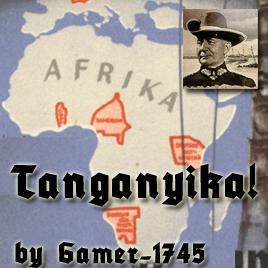 KingPytler said:
I like everything you guys said , it al looks good but will there be improvements to the ai????
Click to expand...

of course. the expansion will be released together with the 1.3 Torch patch
Toggle signature
Reject reason to make the impossible possible!

yes, stuff not related to the other features will be in the patch for everyone.
Toggle signature
Reject reason to make the impossible possible!

they cost PP to maintain

EDIT: scratch that, thought you were talking about something else
Toggle signature
Fiat iustitia, et pereat mundus

fun fact: all of my posts can be improved by reading them in mayor quimby's voice

disclaimer: most of the things I say is how I think things are, not wether or not I aprove of those things

These trees look great! I can't wait for them! Please could it be possible to get a dev dairy on the new 2D and 3D art in the expansion?
Toggle signature
Lead modder for Equestria at War for Hearts of Iron IV. Founder of: The Four Nations - An Avatar: The Last Airbender Mod (CK2).

podcat said:
With Together for Victory we introduce a new type of national focuses. These can only be taken if you have done at least 10 regular focuses first and rather than taking 70 days and giving you a rewards they instead give you different kinds of bonuses while they are active (this means you can turn them off if you are low on political power or need to do something else). The base system here will be part of the 1.3 Torch patch, while the focuses related to new mechanics in the expansion will only be available to people who get that.
Click to expand...

Just wanted to ask one thing: won't this cripple some countries will smaller trees with bigger timers? Like, i'm not sure that USSR will get a lot of bonuses from this, while Poland can have faster and more bonuses. Is it logical and is intended?
Toggle signature
Thou shalt not make a machine in the likeness of a human mind.

Ooo! The new continuous focii paves the way for a lot of new mechanics.

Perhaps the resistance and subject desire for independence should undergo new changes that make them more formidable so that countries actually consider choosing those focii instead of production ones.

This look very promising. Good work!
And makes me dream of an more Axis oriented expansion later. The German NF three looks rather bleak compared to this. Not much to do after 1940....
Toggle signature
"Sturm, Schwung, Wucht"
"Cry ‘Havoc!' and let slip the dogs of war." - Shakespeare, Julius Caesar Act III Scene I
Reactions:

podcat said:
Air Production - Gives a general production boost to producing all kinds of aircraft and infrastructure (simulating locals helping out) and also increases the effect of ordered repairs substantially.
Click to expand...