Jump to latest Follow Reply
Menu
Install the app
You are using an out of date browser. It may not display this or other websites correctly.
You should upgrade or use an alternative browser.
Hearts of Iron IV 37715 After Action Reports (AAR)
Show only dev responses

Hi everyone! We need some recovery time after PdxCon before we talk about more new stuff so today I figured we would recap stuff from PdxCon as well as talk about some team and studio topics. I am happy to say that we announced the name of the next big expansion - No Step Back!

No Step Back
We finally announced the name of the next expansion at PdxCon! (I accidentally wrote it on twitter last week but apparently nobody had time to spot that hehe). No Step Back will launch together with the 1.11 Barbarossa update and the mission statement is to focus on Soviet, the eastern front and refreshing land warfare and logistics!

This is a huge undertaking that changes a lot of key components of the game, especially the AI. This has been a major reason for waiting with Soviet. We needed to build up both ai stability and get a new partisan system in place and have time to rework supply etc etc, so its the culmination of a long plan towards this goal and its nice to see it coming together.


This wasn’t a full reveal - we will be showing off and announcing more features as the dev diaries come online. We also showed some more up to date visuals on the ongoing work on the (wip) supply system: 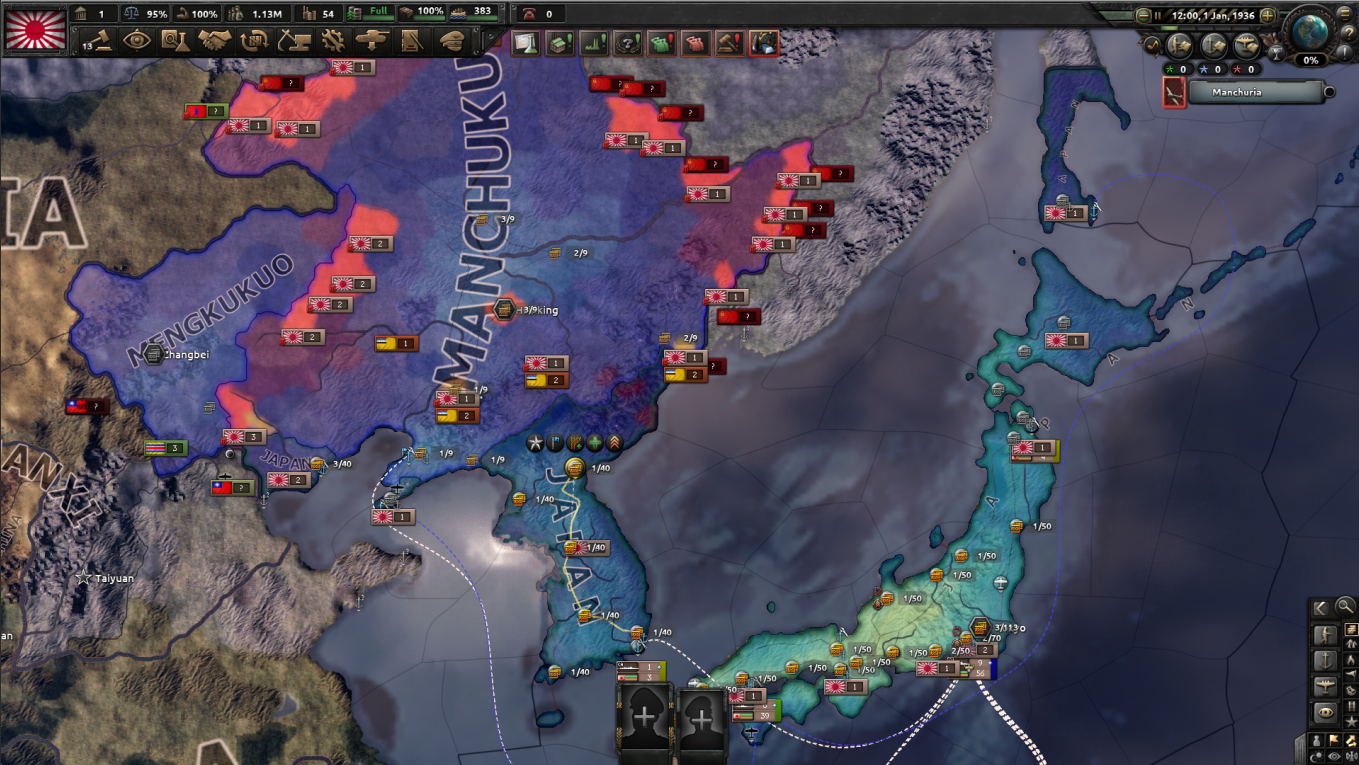 There will be some more in depth looks on this again. We are currently working on how motorization functions as part of it but it's roughly as presented before with a focus on connecting supply hubs using railways and convoys to project supply, with motorization improving the process. The mapmode is starting to really come around and is much easier to play with compared to the one we showed in the initial early look diary (just don't look too close on the red - lack of supply color above, I grabbed it from a bug report where stuff was intentionally made extra bad for those units to test… but I felt it showed off the state well).

placeholder train graphics as our proper models aren't in the game just yet, but doesn't it look cozy? 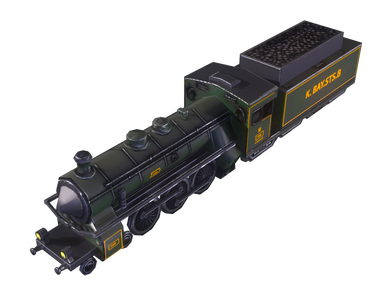 Soviet tree wise we do not wanna show off too much yet. It will have its dedicated diaries (plural) and its one of our more ambitions trees yet, both in size and in player choices. Soviet is after Germany the nation thats most important to get right for a ww2 game, and compared to Germany a lot more complex. Here is a little teaser (are those icons placeholder or is it a shaved marx?), feel free to speculate what choices hide outside the screen...

(yes I know center is on the left. Trust me it makes sense. You are crazy I am not crazy!)

Let's start off with some yearly statistics updates!

We keep trending up on active players. This year’s record peak was 899k players in a month which is crazy!

Majors vs Minor nation picking keeps slowly converging towards an even split: 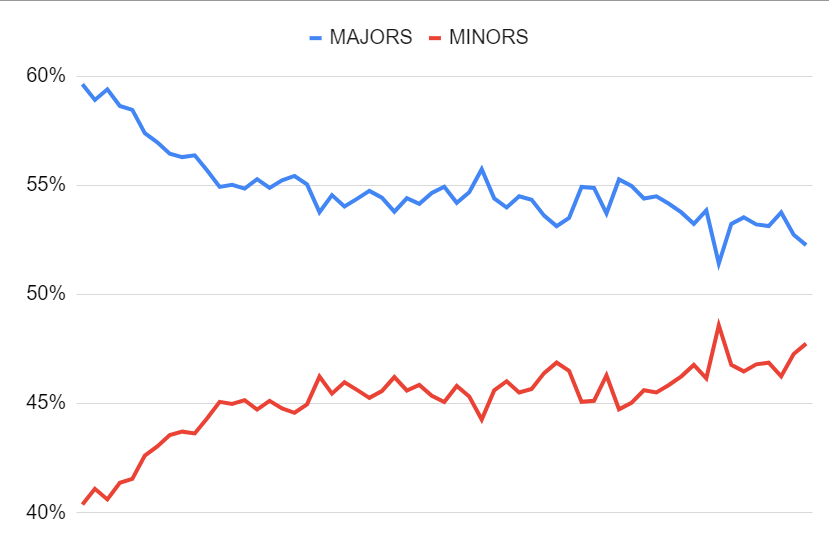 Modding wise here are the latest numbers for the biggest total conversion mods:

Future Roadmap and thoughts
We also talked about the future of Hearts of Iron after No Step Back and onwards, because we don't plan to stop any time soon on expanding the game.
To be clear, none of this is promises because plans change, and I cant say exactly when these things happen - my goal is to keep you in the loop with how we think about things

If you want to watch the pdxcon panel here are some bookmarks to the twitch stream (I am told there will be youtube clips available in the future too):

We have some cool team stuff happening, I will hand over the mic to @Arheo

Greetings all! Fresh from the Elysian fields, several of us previously from the Imperator: Rome team have swapped our gladii for KV-1s and have integrated with team HOI to create the ultimate combined arms, bear mounted (..thanks, Dan) division.

On a personal note, I’m thrilled to be joining HOI - it remains one of my all-time PDS favorites. The opportunity to give so much attention to such a short yet critical period of history is rarely afforded elsewhere. I have a great interest in the simulation of socio-political/economic causality behind the global narrative HOI provides, but find myself most at home micromanaging an ever-diminishing frontline in Russia… now with trains.

The ex-Imperator folks bring with them a wealth of knowledge which I’m certain can be put to good use here - we have spent a long time reacting, consulting, and working with our community to build a better game - something which I look forward to doing with the passionate fans of the HoI community as well.

Hi, I'm @Birken . I'm the technical director of Studio Gold and have been with Paradox since the release of Hearts of Iron III.

We're expanding the programming department in Studio Gold to better support the development of Hearts of Iron and future projects. Right now I'm looking for a Manager to help me develop our department as well as programmers that want to work with us to keep on building on Hearts of Iron and other GsG titles.

Please checkout the following job ads if you think it could be something for you.

That’s it for today, see you all next week!

I think it would be more immersive if the player had to chose and select every single departure and arrival time for every single train during the entire second world war
Reactions:

Markodds said:
I think it would be more immersive if the player had to chose and select every single departure and arrival time for every single train during the entire second world war
Click to expand...

And can you imagine any delay caused by having too many partisans rising up in Poland, crippling the supplies of AG Centre at the gates of Moscow? Good lord I would love that!
Toggle signature
My first AAR: ITALY'S TEN YEARS WAR - halted due a sudden crash into a savegame :sad:

@Arheo will be sorely missed over at the Imperator forums Hope the HOI community appreciate our sacrifice.
Toggle signature
There is nothing impossible to him who will try
Alexander The Great
Reactions:

In celebration of our new roman friends

I was waiting for it so long now. XD

(JK love ya, but this had to be memed upon)
Reactions:

Is there a chart for mod popularity over the course of time?
Reactions:

Thanks Dan. Good to see additions to the team. I really love the ideas surrounding supply, on this front you're making some great progress.

Please for the love of God allow me to turn these stupid train animations off, I don't want everyone in multiplayer desyncing because of these trains. It will be the first mod.
Last edited: May 26, 2021
Reactions:

So, no air rework in the plans?
Reactions:

That train animation though... Makes me want to build railways all across europe.

Completely offtopical, but today is my birthday and this Dev Diary is a welcome and VERY pleasant birthday present, thanks, haha.
Toggle signature
I'm a human like everyone else, also brazilian! Always be polite, try to spread your message without violence.
Reactions:

If you did small scenarios like in HoI2, it could help beginners learn the ropes as well as veteran players practice concepts like warfare, production, etc.


Is there any statistic that shows which countries have the most HoI4 players?
Reactions:
J

do you think the soviet tree will be the next dev diary?
Reactions:

Ah yes, Scandinavia, the Middle-East and Latin America, all regions that the Italian rework would make total sense in. Man the guns and la resistance were both chances to rework Italy that would have been even remotely thematic. Instead we have Portugal and Mexico.
Reactions:

Rachidelson said:
Completely offtopical, but today is my birthday and this Dev Diary is a welcome and VERY pleasant birthday present, thanks, haha.
Click to expand...

podcat said:
several of us previously from the Imperator: Rome team have swapped our gladii for KV-1s and have integrated with team HOI
Click to expand...

podcat said:
Right now I'm looking for a Manager to help me develop our department as well as programmers that want to work with us to keep on building on Hearts of Iron and other GsG titles.
Click to expand...

Finally some good news! Welcome aboard.
Toggle signature
Reject reason and you get hoi4 | bugs | suggestions | Please ping me in a thread instead of DMing whenever possible | Read the forum signatures of moderators and draw your own conclusions | Buying DLC will not fix your grievances with the base game. On the contrary, you'll support the status quo.
Reactions:

Johnny11 said:
do you think the soviet tree will be the next dev diary?
Click to expand...