Jump to latest Follow Reply
Menu
Install the app
You are using an out of date browser. It may not display this or other websites correctly.
You should upgrade or use an alternative browser.
Hearts of Iron IV 37692 After Action Reports (AAR)
Show only dev responses

Another Wednesday means time for another update! Today its time for a "bag of tricks" diary which means its an assortment of smaller features and improvements. Todays selection has several things you guys have asked for for a long time so I hope you will like it

Decommissioned templates
Its now possible to mark templates as old. Much like with equipment they will no longer show in the list. 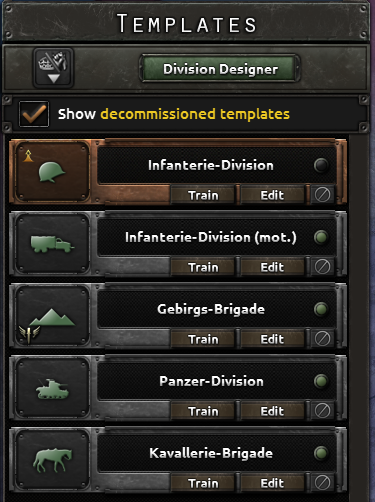 Divisions can still use them but get a little warning, and you cant switch to one until it is recommissioned.

It is also possible to reorganize the list of templates using drag and drop, so you can make sure you keep your horsie boys on top where they belong.

Army List Controls
We have also added various controls to the army list. Its now possible to sort and much easier to select 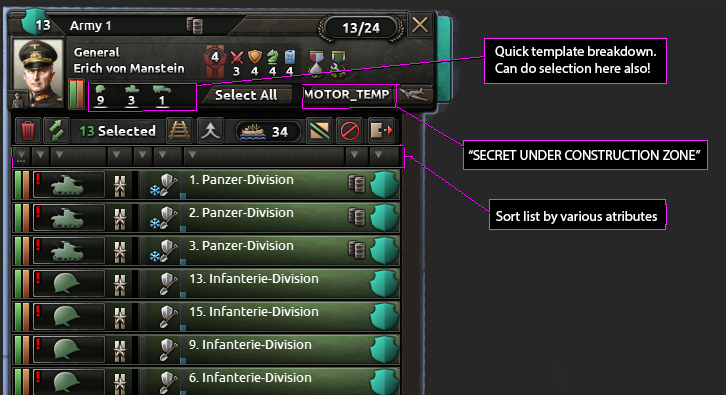 Colorized infra bonuses
Infrastructure help you build more effectively. To make it easier to parse where the best states are we went ahead and colorized the bonus indicator 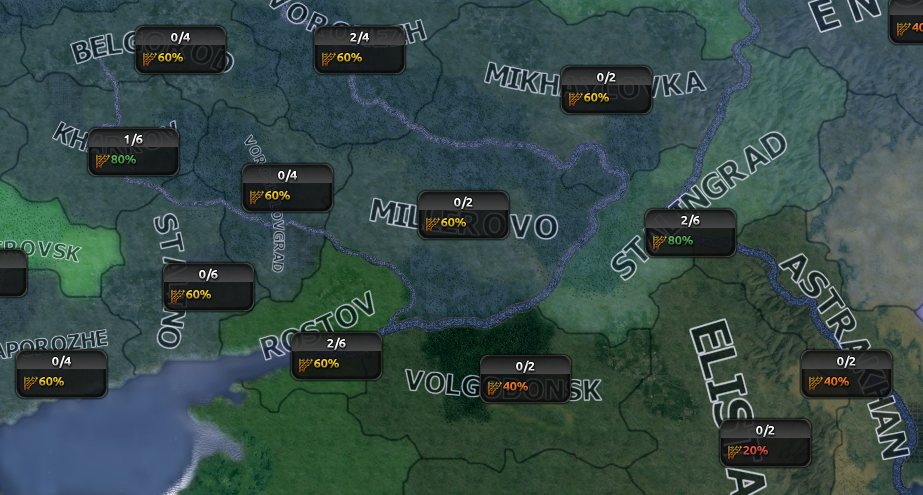 Lend Lease QoL
To make it possible to more easily send ALL of your stockpile of something we have now added a button to the lend lease interface to set it to the content of your stockpile. A lot nicer than typing out a number you have to look up 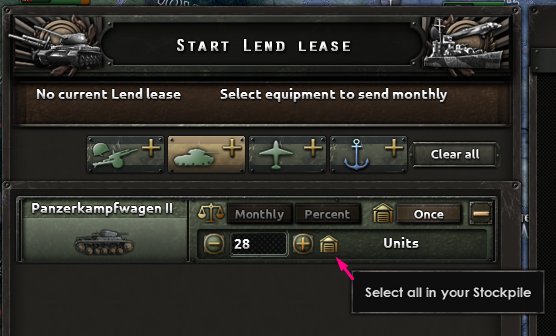 War join spam
This one has been on my top 5 annoying things since back in 2014 When your war causes a lot of nations to get pulled in you get a ton of separate messages. This can be super annoying because just as you fire off your attack you need to deal with popups. No longer. Check out the comparison when declaring on Poland as Germany. in New vs Old:

That's it for today, see you all next week!
Toggle signature
Reject reason to make the impossible possible!

can't wait for release will you give artillery branch some love?
Reactions:

Really excited for the ability to drag-and-drop the templates!

Also, there's still room for a third button in the template list. That means it's probably not QoL, but mechanics-related!

One more divisional QoL that I think would be cool would be if I'm able to create some custom formula for division names, instead of selecting a preset. For example, I might not want the "Panzer-Division 1/2/3/4/5" names, but I'll make separate custom names for light, medium, heavy that'll be automatically put in place and numbered
Last edited: Jun 9, 2021
Reactions:

can devs say what next DD will be about?
Reactions:

The popup spam is the best fix
Reactions:

Nice, I am especially happy with the join war event spam fix.
Toggle signature
Will HOI4 be released on H hour CET of D Day? - Mannstien
Once again though, there are no actual zombies, it is all hysteria and panic. - Darkrenown
No, cats were invented in 1902 by Satan, but we included them for gameplay reasons. - Darkrenown

When will No Step Back release?
Reactions:

Good changes all around. Esp the Lend Lease one.
Reactions:

man i need to stop getting my hopes up for the dev diaries
Last edited: Jun 9, 2021
Reactions:

These are all great QoL changes, which are always welcome. People may not realize this but QoL changes are usually the underdogs that make games better without making people realize that the game is better. One can easily test this by playing the game as it is now and playing it in its 1.0.0 version. It's MUCH better now and it'll be even better after these changes. Hope we'll get more of them. Thanks!

Also, what are the chances of us seeing another Bag of Tricks Dev Diary next week? Is it higher than a Soviet rework diary one
Reactions:

Probably because there will only be 5 infra levels now.
Reactions:

That's nice, Dan! Can you guys tell me about performance improvements? Will there be any in the next update?
Toggle signature
I'm a human like everyone else, also brazilian! Always be polite, try to spread your message without violence.
Reactions: