Hearts of Iron IV: Man the Guns will be available on February 28th 2019

Menu
Install the app
You are using an out of date browser. It may not display this or other websites correctly.
You should upgrade or use an alternative browser.
Hearts of Iron IV 36464 After Action Reports (AAR)
Show only dev responses 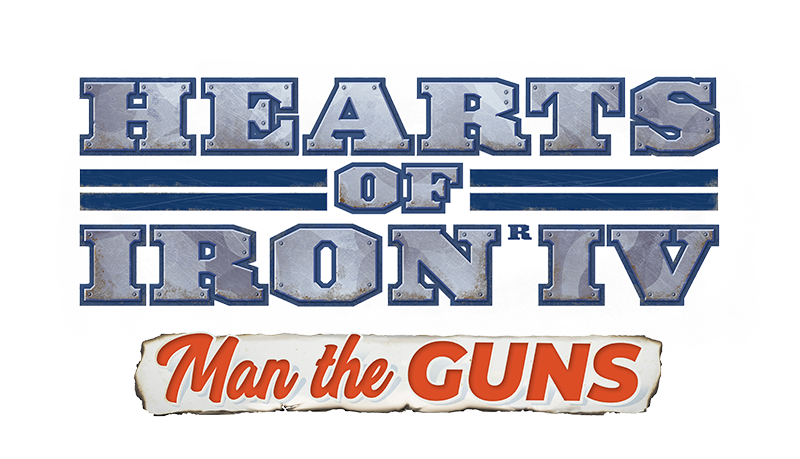 STOCKHOLM - 07 February 2019 - The great democracies of the world face unprecedented challenges on their legitimacy. Fascists and Communists pressure freedom loving nations on every side. Will they hasten war against the forces of tyranny or follow a path to authoritarianism? Are they safe beyond the seas that have historically provided ample protection? What path will you choose? Make your mark on history in Hearts of Iron IV: Man the Guns on 28 February, 2019.

Man the Guns is the newest expansion for Paradox Development Studio’s best-selling grand strategy wargame Hearts of Iron IV. It brings new detail to the naval game as well as adding a host of new gameplay options for major democratic powers including new political focus trees and governments in exile.

Man the Guns can be pre-ordered from the Paradox store or other major online retailers for $19.99.


Features of Hearts of Iron IV: Man the Guns include:
As is standard with all Paradox grand strategy expansions, Man the Guns will launch with a major free update, with this one including new naval aspects, training of pilots and sailors and the much requested Fuel resource to better simulate the constraints of extended supply lines.

FAQ
Is Man the Guns included in the expansion pass?
- Yes it is
When do I get my pre-order bonus?
- On February 28th, when the game releases
Click to expand...

Last edited: Feb 18, 2019
Toggle signature
You can see all our streams live on https://www.twitch.tv/paradoxinteractive, or as VOD on our ParadoxExtra or Paradox Grand Strategy Youtube channels!

Looking forward to it. FINALLY. THANK YOU!!!

Finally! Plenty of time to play before Imperator.

will owners of the field marshal edition have to buy this DLC or is it still covered under the season pass?

Thank god you did not plan to release it on April 1st!
Toggle signature
My first AAR: ITALY'S TEN YEARS WAR - halted due a sudden crash into a savegame :sad:

The other expansions are currently on sale for half price on Steam. Will those stay half price when MtG releases?

Wow, so soon!
Toggle signature
Some of my suggestions for EU4:

Nice. Finally 1 DLC away from being a finished product.

I'm so happy now!
Toggle signature
"The deadliest weapon in the world is a Marine and his rifle."
Gen. John "Black Jack" Pershing, U.S. Army
Commander of American Forces in World War I

“Semper Fidelis”
“Always faithful,” the motto of the Corps adopted in 1883.

"We've been looking for the enemy for some time now. We've finally found him. We're surrounded. That simplifies things."
Lewis "Chesty" Puller USMC

Sad to see "Shipping route controls" is in paid feature list. That one should have been free (and in game from day 1).

Thank goodness, I've been holding off starting a new game for ages because I've been waiting for the features this expansion brings. Really looking forward to it, thanks devs!
Toggle signature
-----------------------
Per Ardua, Ad Astra

Yes,can't wait for this.However,a question,the soundrack for MTG is composed by @Jazzhole or not?
Thanks.
Cordially.

Labrynian Rebel;17134334 said:
Crusader King II: So You Thought You Were a Good Person
Click to expand...