Jump to latest Follow Reply
Menu
Install the app
You are using an out of date browser. It may not display this or other websites correctly.
You should upgrade or use an alternative browser.
Hearts of Iron IV 40910 Bug Reports 11948 After Action Reports (AAR)
Show only dev responses

One of our main goals with HoI 4 has been to simplify things to appeal to a more mainstream audience without sacrificing historical appeal. Initially this seemed impossible until the recent release of Call of Duty: Ghosts. The key to the success of Ghosts was the inclusion of Riley, a dog companion and playable character. Immediately the solution was clear: Popular games have dogs, and as everyone knows Hitler was famously a dog-lover, so the National Dog concept was born. 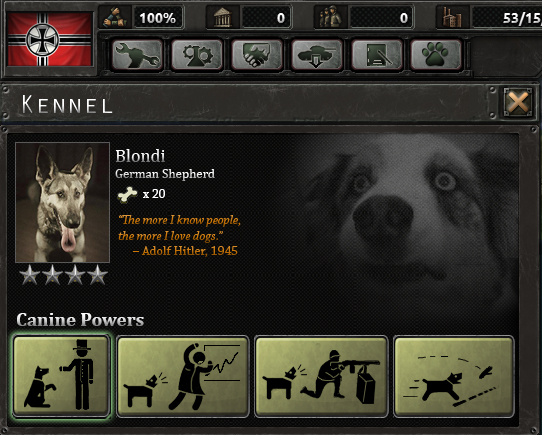 The National Dog(ND) system should be familiar to anyone who has played CK2 or EUIII/IV, as it is used in a similar manner to a Councillor, National Focus, or Agent from those games. You can monitor and control your ND from the Dog Management screen by selecting a Canine Power and then clicking on the appropriate area of the map or UI. You ND can be used for many missions, including:

Puppy Socialisation: By allowing the political elite of your national to play with your National Dog you win their hearts and unite them behind your cause, improving your National Unity.
Not one step bark: Your ND can be placed in a province where a defensive battle is taking place and will prevent units from retreating by growling threateningly at any unit attempting it.
Fetch Claim: If you are simply throwing sticks for your National Dog to fetch by the border to another country it is hardly your fault if one accidentally crosses the border and your ND follows it. However, any territory where your ND stands is sovereign land of your nation, resulting in a valid cause for war to retake it.
Ruff and ready research: Assigning your ND to a particular tech screen results in a increased research speed in that field by barking at any scientists who appears to be slacking off.

In order to ensure players feel a genuine connection to their National Dog we are taking extensive motion-capture footage of all dogs to be modelled so that they move and react in a realistic fashion ingame. 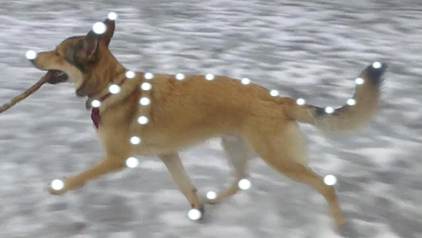 Next week we'll talk about our DLC policy, but as a sneakpeak I can reveal that we noted the outcry after the previous diary revealed that Horses will not be tracked in HoI IV. While this initially surprised us, and we don't think it's for everyone, we are committed to listening to our fans, and so we are proud to announce that the HoI IV Horse Armour DLC will be available on release day: 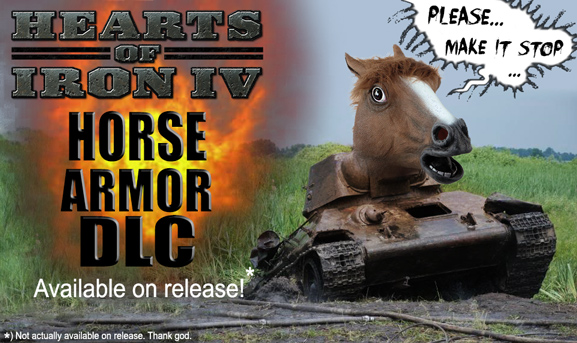 The dlc is the best part of the post btw
Reactions:

remined me Moth army for HoI3

Looking forward to real DD next week.
Toggle signature
"People willing to trade their freedom for security deserve neither and will lose both"

lol, you guys are nuts

Oh the rage this could cause if it was real

This should be included in every Paradox game. Why can't I in CK2 play as Lassie, Howling Roman Emperor?
Toggle signature
I've got nothing to say, but it's okay.
Reactions:

clueless636 said:
oh the rage this could cause if it was real
Click to expand...

Being my own personal Karl Marx

Thats how horse armour should be.

quote from that thread:

podcat said:
yes but this time the BUGS are FEATURES
Click to expand...

I always knew that Call of Duty inspires Paradox far more than Fredrik would want to admit!
Toggle signature
War is a series of catastrophes that results in a victory.
Georges Clemenceau (1841 - 1929)
Reactions:

I really like how dogs seem very well balanced.
Toggle signature
I Still Haven't Found What I'm Looking For

podcat said:
Britain - English Bulldog. Passive bonus: Nodding. The constant nodding of this Dog's head makes visiting ambassadors feel they are being agreed with. Their good mood results in a relations bonus.
Click to expand...

This in particular tickled me right under the bridge

Can we expect unique ND's for all the nations, or just for the majors?

I've been hungrily waiting for the next HoI IV DD and you give us THIS.

I know it's April 1st but this isn't funny
Toggle signature
“You should not have any special fondness for a particular weapon, or anything else, for that matter. Too much is the same as not enough. Without imitating anyone else, you should have as much weaponry as suits you.”

I've read about 80% and I was like... "DAFAQ they are doing!?!?!?" before I realized that today is 1st April. Brilliant one PDS!
Toggle signature
So close, no matter how far
Couldn't be much more from the heart
Forever trusting who we are
And nothing else, except Victoria III matters

I've been hungrily waiting for the next HoI IV DD and you give us THIS.

I know it's April 1st but this isn't funny
Click to expand...

I for one thought it was hilarious. Then again, I have a sense of humor
Toggle signature
My information thread about ww2 naval expansion for the world's naval powers, large and small. Last update October 25, 2014; corrected the Japanese entry.

Contributor to the Unification Wars mod for HOI4.