Jump to latest Follow Reply
Menu
Install the app
You are using an out of date browser. It may not display this or other websites correctly.
You should upgrade or use an alternative browser.
Hearts of Iron IV 38633 Bug Reports 10665 After Action Reports (AAR)
Show only dev responses 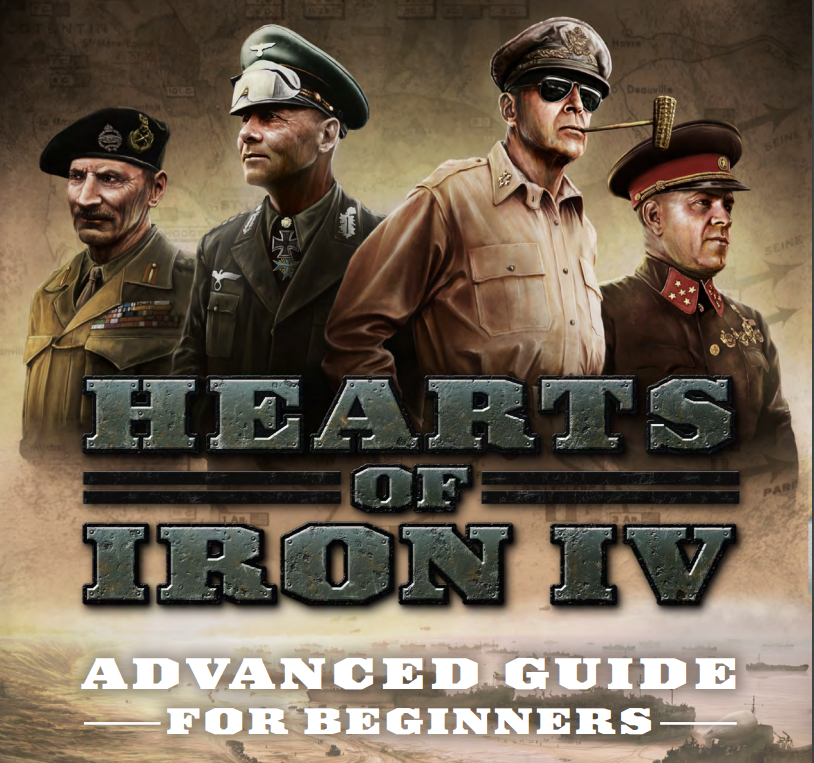 As a part of our original sign-up campaign we offered a HoI IV strategy guide, as things got rolling we thought we'd expand the concept a little and give it extra polish and content, we now have the finished result!

Anybody can grab their copy right now from the following link: http://pdxint.at/2s5zwzP
Toggle signature
Reject reason to make the impossible possible!

seattle said:
That's wonderful! Other companies would have charged 10 bucks for that. Kudos for that!
Click to expand...

Thanks yeah its probably too basic for most of the people on this forum, but hopefully perfect to give to people once they ask what to do when struggling vs Soviets etc
Toggle signature
Reject reason to make the impossible possible!

thank you, I am going to read this before starting a new 1.4.1 game. I haven't played in months.
Reactions:

It's too late when we die, to give love one more chance

@podcat tell the team this looks great. A good resource for new players.
Toggle signature
Rarely is it the level of technology or battle concepts that win or lose the war. It is more often the will of men.

Thanks Paradox! It's nice to see some extra stuff done with the thought for the player.

However I will be slightly "mean"...

Cavalry divisions? I agree, no need for them... (Wait... what? Are you telling me that cavalry have double the value of suppression and as such is perfect anti-resistance unit? Huh...)

Excuse me... but what? Not to mention that instead of round of battle, it should be used 'per hour of battle'. Same case in Soft and Hard Attack description.

* Divisions that cannot be fully supplied will be less effective and will suffer attrition, damaging their equipment and further lowering their effectivness.

Unless we both think differently about early game OR playing on mods, I don't see the need for using logistics units on Infantry Divisions for Germany, especially when it comes to talking about conquering Poland and/or France. Also to stop misleading people, it could be better to use term maintenance company as in-game instead of mechanics (especially since maybe for some people they may mistake it with engineering company...). And in current form gains from early maintenance company (*105% or *110% reliability modifier) for infantry divisions gain may be neglibile to justify extra IC cost put into those divisions via maintenance company.

I would say that Engineers are extremely good and valuable in offensive operations as well, mainly due to the fact they provide bonus to fighting in difficult terrain, attacking over rivers etc, decent combat stats on their own. Entrenchment increase is cherry on top IMO in most situations.

This part can be a little bit questionable, because it is not that easy, and it's good to remember that resources you put on the market can be bought by your faction members, while also granting extra factory output, research speed etc.) There is no simple answer in this case.

I rarely see the point of putting extra anti-tank support in division because a) it lowers division armor b) doesn't provide that great hard attack c) depending on how advanced your anti-tank research is it may actually drop your division piercing. Also including heavy tanks in medium tank division will slow down medium tanks. Tank destroyers part also covers need of dedicated anti-tank much better than anti-tank support unit. Also why do not mention maintenance units or any motorized/mechanized units OR engineers?

I would put in most cases Engineer upgrades over Signal units...

I HAVE FOUND PROBELM

DG1981A said:
Tisk Tisk, no information on the proper use of Subs, or on using different numbers of divisions for suppression operations. Best to use a few cavalry divisions with 4 battalions and many cavalry divisions with 1 battalion. Who the hell knows how to use subs the best? Oh and by the way, does anybody know if 100 is the best size for air wings?
Click to expand...

apparently, best way to use the subs is to have them in the pens until the enemy fleet is gone entirely.
Toggle signature
With great stubborness comes greatly useless threads.

The section on tactical bombers needs updating to say that they can do naval strikes now. (currently says they can't)

The best use of subs is in small packs of 3-or-so boats, assigned a single sea zone. Give them a commander if possible. Make the sea zone a place the enemy won't have many ships patrolling - submarines tend to die when they meet destroyers, which are the most common enemy ship type.

Alternatively, set up a horrible naval bomber/fighter trap over a coastal sea zone, and put your submarines there.

There's basically no need to put your submarines in large fleets, they're terrible at fleet battles, and three boats will sink a convoy pretty much as well as a hundred boats will.

There's no best size for air wings any more. It used to be that planes on CAS missions could only join a fight if the fight's combat width was a third or less than the number of planes (so a fight with combat width 80 could only be supported if your wing had 240 planes or fewer, for example) but they patched that out. Feel free to make wings of a thousand planes.

Going back even further in time, it used to be that the smaller your wings were the more casualties they would inflict on the enemy, but that got patched out too.

I am the exact target audience for this guide. Thank you SO MUCH!!! Off to apply what I've learned!
Toggle signature
"Pull this tank closer - I want to hit them with my sword!"

Nice, thanks. Gonna take a look at this now.

And here I was, thinking Hearts of Iron 3 had such a good manual that was avery good read. I am certainly be going to read through this.

I have high speed internet, yet I cannot get this guide to load. I have tried over multiple days --- same result. All blank, white pages. As I scroll down, some of the pages fill in - black page with a hard-to-read text [sort of dull]. No images - just blank spaces where I think they would be. When I scroll back up, the pages are all white again. Odd. Saving the document does not help.

richfed said:
I have high speed internet, yet I cannot get this guide to load. I have tried over multiple days --- same result. All blank, white pages. As I scroll down, some of the pages fill in - black page with a hard-to-read text [sort of dull]. No images - just blank spaces where I think they would be. When I scroll back up, the pages are all white again. Odd. Saving the document does not help.
Click to expand...

Did you try doing right-click > save link as on the link? It also sounds like maybe your browser might be bad for PDFs, try getting something like Foxit reader and putting it in there?

Perfect! Never thought it might be a browser issue -- I use Edge. Tried with Chrome and it was perfectly readable and now downloaded to my PC. Thanks!

Great guide for beginner, hopefully what would attract more players to join in.

richfed said:
Perfect! Never thought it might be a browser issue -- I use Edge. Tried with Chrome and it was perfectly readable and now downloaded to my PC. Thanks!
Click to expand...