Menu
Install the app
You are using an out of date browser. It may not display this or other websites correctly.
You should upgrade or use an alternative browser.
Surviving Mars 1306 Bug Reports 1673 Suggestions & Feedback 787 Modding & Resources 257 Console Edition 116
Show only dev responses

Gawmonster said:
Able to download as part of the season pass on Xbox finally.
Click to expand...

You can download and purchase it but it’s only 50mb and doesn’t load lol. Unless I’m missing an update .

Why you don't mention that rocket fuels now need 60 fuel for platenary anomalies?! This is a significant 33% increase per anomaly and changes the focus of the earlygame for more fuel!
S

NFZed said:
Does the HSG Sattelite permanently improves the Reseach by the Sponsor or is it a onetime boom
Click to expand... 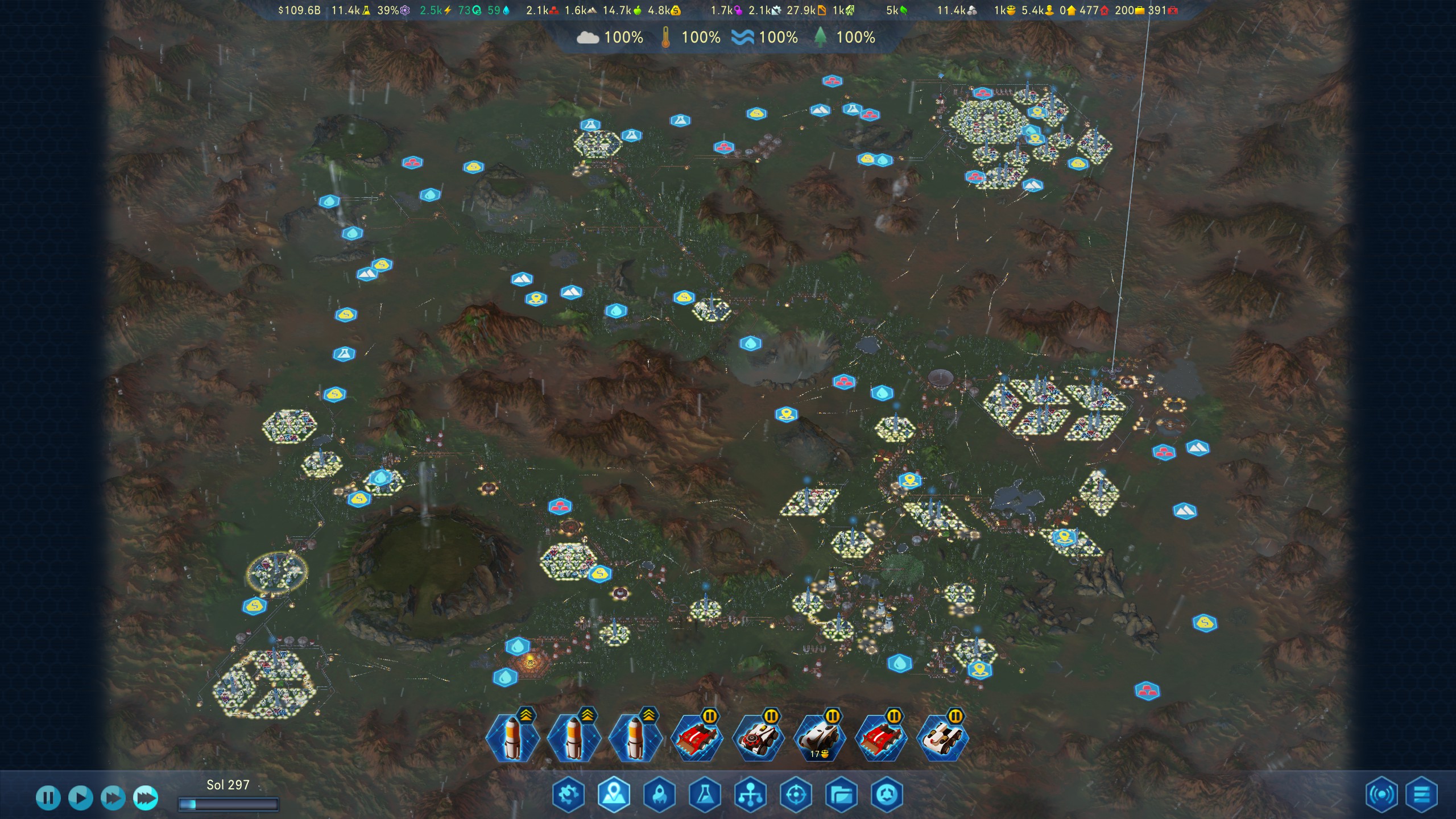 Just finished my game. It took me around 290 Sols though I could be quicker to rush out the seed planters.
After about 40% vegetation there wasn't a whole lot to do other than finishing the research tree, building all the wonders, and going for 40% of your people in workshops.
Nearing the end I was just spamming the diamond domes to get more people into workshops just cause you can't speed up the vegetation without the planetary anomaly.

This expansion has been a lot of fun but just wished there was some more ways to increase vegetation and the atmosphere, temperature, and water took longer. I actually got the atmosphere done first despite it being my last effort. Temperature was second followed by water. Then it was waiting for several hours on speed 3 for vegetation so that part wasn't a lot of fun.

I also think the new landscaping feature is great but too fast imo especially with two dozers. It is great though that we can finally change the map.

I think the out of dome farm is super OP especially when you put lakes around it and get the soil quality up and get some rain. I ended the game with nearly 15k food and haven't built a single farm since the mid game because of the out of dome farm and I only had one. I used to have a lot more food but I switched the out of dome farm to make more seeds. Also the new ranches are pretty powerful especially you can put them out of dome as I just couldn't build enough homes fast enough so that extra space is handy.
Show hidden low quality content
You must log in or register to reply here.
Share:
Facebook Twitter Reddit Tumblr WhatsApp Share Link
Top Bottom