Jump to latest Follow Reply
Menu
Install the app
You are using an out of date browser. It may not display this or other websites correctly.
You should upgrade or use an alternative browser.
Europa Universalis IV 77561 EUIV: Suggestions 16918 EUIV: Technical Support 6120 EUIV: FAQ & Strategy Guides 204 EUIV: AAR's, Let's Plays, and Fan Fiction EU IV: Alternate History Short Story Contest Contr 26

Hello, considering Greece/the Greek Minors didn't Greek Unit Models I would like put together some potential references for a future unit pack covering this area, if they do get unit models.

I would use the Bottom Row, Fifth One to the left. If he is too similar to current Byzantine unit, I would go with the far bottom right one.

Obviously there aren't any uniforms that could be as a basis for the Greek uniforms. It could be postulated that by this time the Greek uniform would begin to incorporate some more local aspects of fashion into their uniforms. So considering that at the time the popular clothing in the rural Regions was the Fustanella. The Fustanella, or Foustanella, was a kilt like skirt that would be worn in conjunction with tunic (for casual work, or you know... life) or for war chain mail or legit armour. 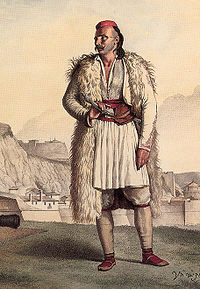 For this I would combine the Foustanella with limited chain mail and a musket.

For this tier I would keep the idea of using the Foustanella, but drop the chain mail and update the rifle.


For this tier there are a ton of potential inspirations from the Evzones, the Sacred Band, Greek Light Infantry Regiment, to the Armatoloi

That being said I want to pick something would stand out and feel distinctly Greek. So I decided to let you guys pick between the Armatoloi or the Sacred Band 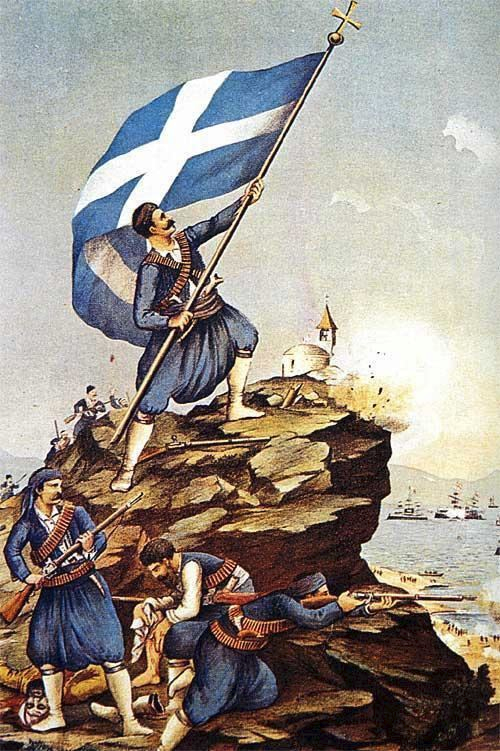 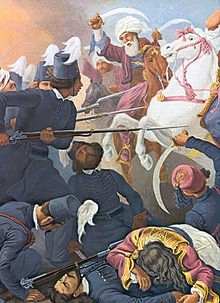 Armatoloi on the left, Sacred Band in combat on the the right


Overall, the First and Last tiers would be the easiest to do with sheer number of actually Greek "factions" with uniforms to use, but the middle tiers would require some degree of creativity to combine the local dress with time period arms.
Toggle signature
Hearts of Iron IV:
Also Check out my Suggestion to Fix the US Presidency in HOI4
Expanded News Events
Greek Political Parties Suggestions
Byzantine Emperor Suggestions