I haven't played the game since sliiightly before the release of Heavy Metal, I know quite a bit has changed since then like being able to get shinier/deadlier accouterments easier in addition to the new mechs. I like builds that hit disproportionately hard and have good/excellent maneuverability coupled with the risk of getting blown to smithereens if you make a mistake/overextend.

Previously I used a pilot as my MC and drove around first a Firestarter and then a Grasshopper and had much fun. Software had 280 mech kills when I tapped out on day 1736 on my main playthrough. Are (were?) those mechs and the pilot archetype still the best idea for this kind of playstyle or are there better alternatives?
D

How much armor do you feel a mech should have to qualify as a cannon glass?.

Because I think this would probably qualify as one (maybe without the "cannon" part): 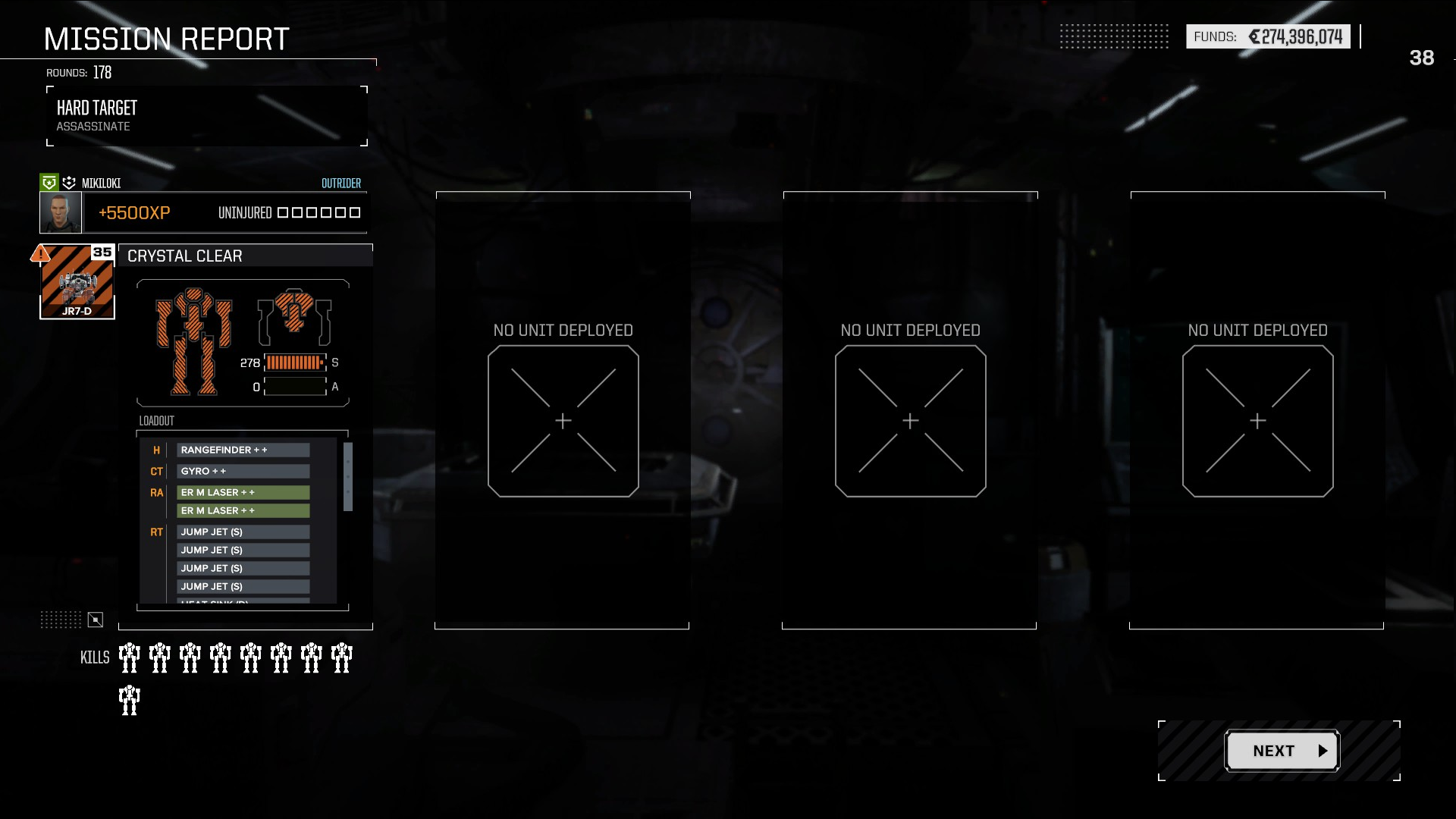 but I'm not sure about this: 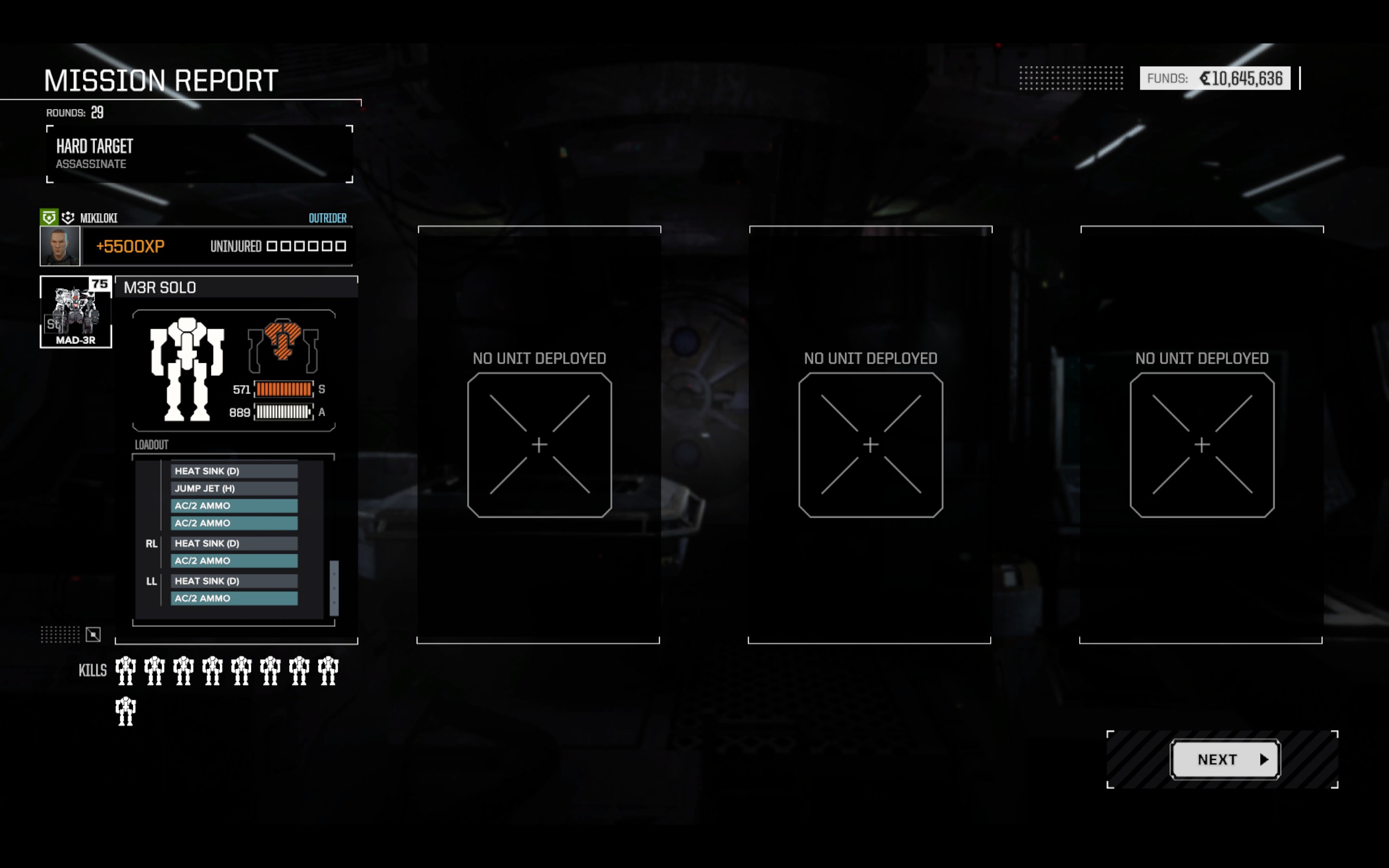 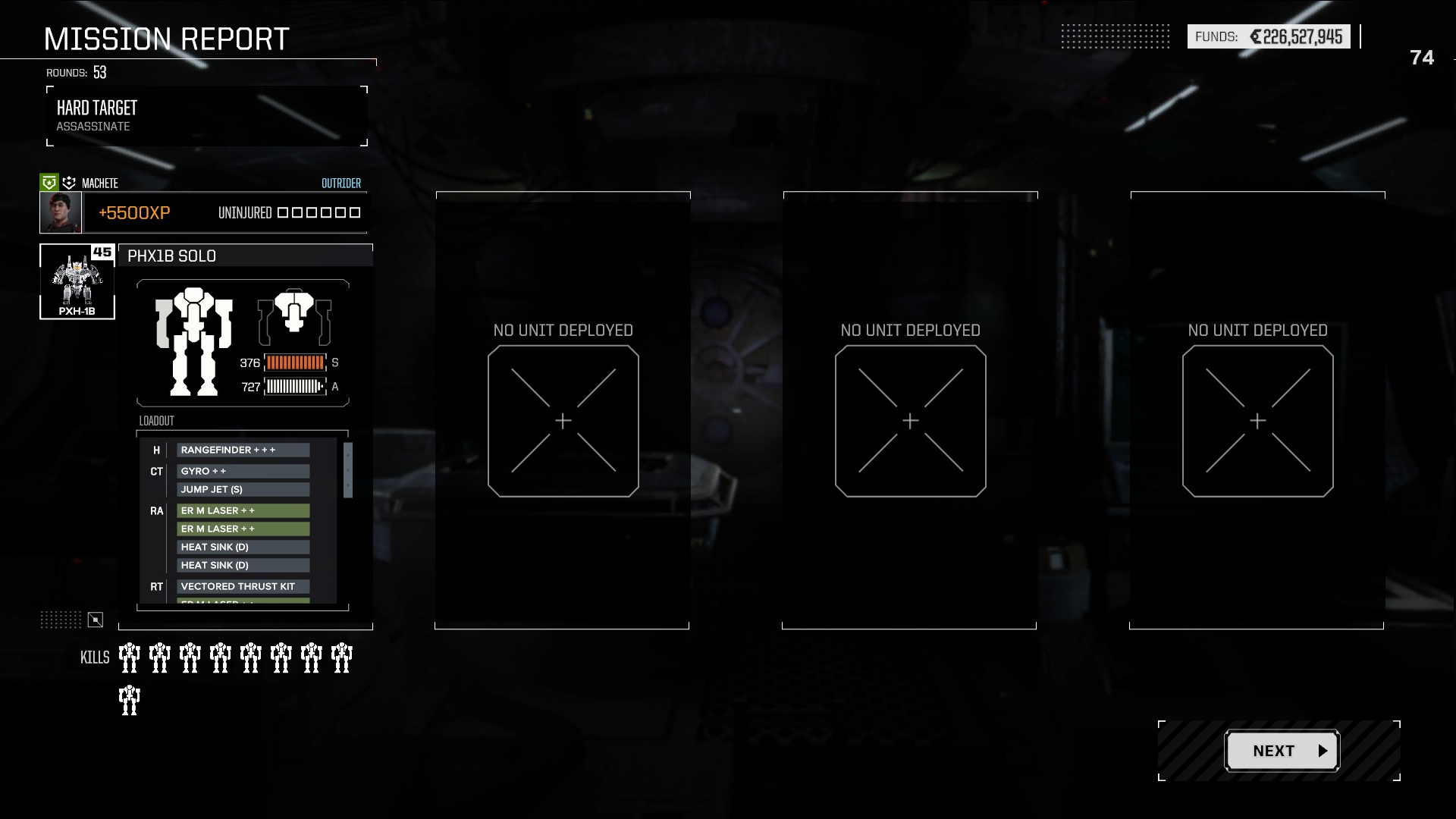