Menu
Install the app
You are using an out of date browser. It may not display this or other websites correctly.
You should upgrade or use an alternative browser.
Crusader Kings II 69387 Bug Reports 19632 User Modifications 10438 Suggestions 5831 Tech Support 6302 After Action Reports

The below is a direct copy of a post I made on the regular CKII forum, as I was recommended to also post it here as well.

When the Reaper's Due came out, the regular tournaments were updated with it, to make use of the greater variety the 'maimed' trait was divided into (one-eyed, one-handed, one-legged, disfigured, mangled). Characters who get hit with these are also given the severely injured trait until it heals or they die.

The Furusiyya, by contrast, was given a less pretty update. All characters who are 'maimed' are given the one-handed trait without exception, and are not given the severely injured trait, as shown below." 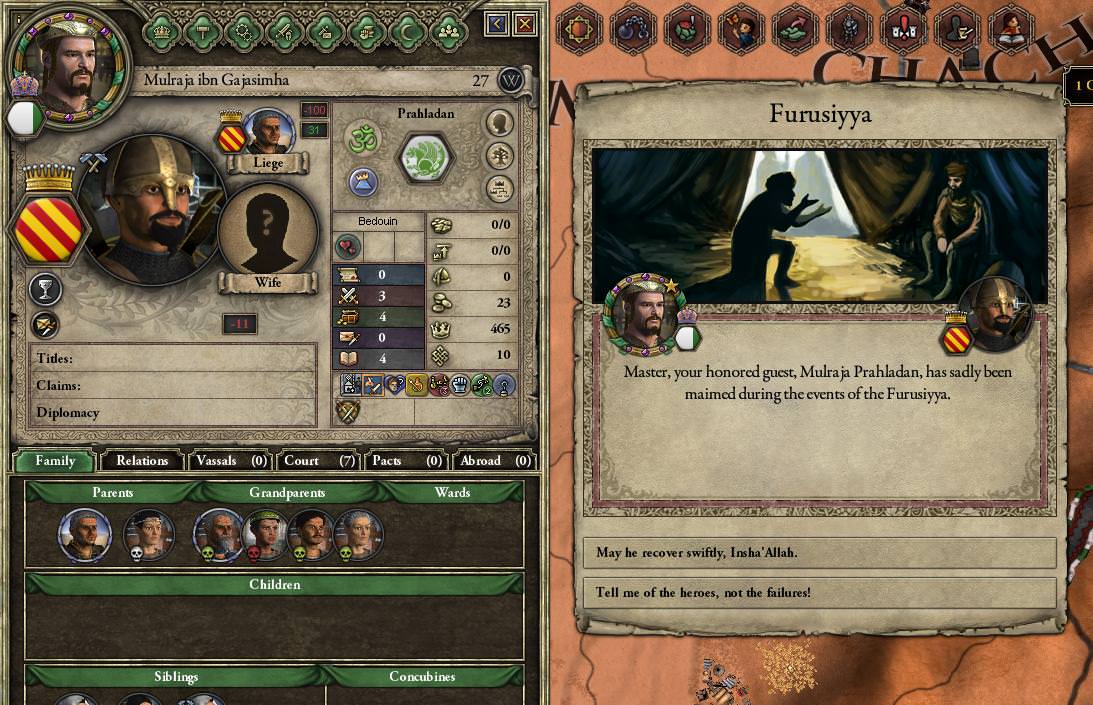 I think it'd be nice if the maimed events on the Furusiyya tournament could be brought up to par with the generic tournament's post-Reaper's Due. Thanks.
Upvote 0 Downvote

I don't know the protocol for this, but I read the patch notes for Holy Fury and didn't see this anywhere, so if it's okay i'd like to bump this again

I know its been a while but I got around to checking in game and this wasn't changed, so i guess another bump is in order if that's okay

I didn't see this in the Great Works patch notes

Agreed, since I plan on exploring a Muslim ruler for my next game
Toggle signature
Livonia Surviving - limited borders AAR
Livonian Kaupo The Traitor or The Saint