Menu
Install the app
You are using an out of date browser. It may not display this or other websites correctly.
You should upgrade or use an alternative browser.
Threadmarks 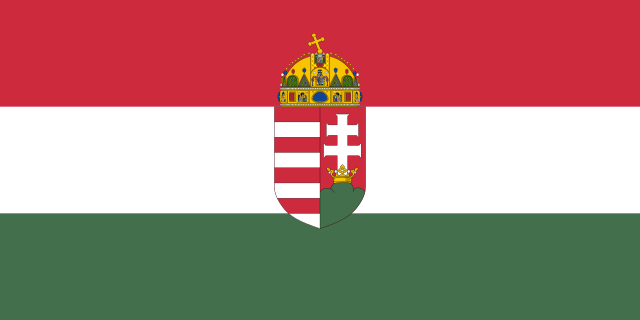 The Kingdom of Hungary
Himnusz​

The Hungarian elections of 1931
​
Compared to the Weimar Republic and chiefly due to the relatively autocratic form of state the reformed Kingdom of Hungary had found itself in after the Weltkrieg, the Hungarian Democratic Republic and the Soviet experiment, Hungarian politics, due to their relative lack of influence on the affairs of state, were quite docile and uninteresting. In a strange way, a sort of calm had dawned on Budapest as the 1920's progressed, with debate being held in the now comically large parliament building for a state so small. Many judges, parliamentarians and military leaders had remained in power in Hungary even after the violent revolutions earlier that decade.

Yet when the Great Depression rolled around, the kingdom of Hungary was not to be spared. The Hungarian economy, dependent on agricultural exports, suffered and entered a free-fall as Germany collapsed and the Austrian Creditanstalt was only barely saved from collapse. Surrounded by the Little Entente, still unwilling to trade in any significant amount with both Austria and Hungary, any economic malaise felt by Germany was sure to affect Hungary too, being the main market of Hungarian goods.

The effects of the depression did not however show themselves in that election even as the economy teethered on the edge of collapse and criticism on Prime Minister István Bethlen grew for his inaction. Universal suffrage had not been adopted in Hungary, and only a few percent of the population could even vote. While not having a great effect on Hungary by itself, the election would prove to be the last drop in the bucket as Prime Minister Bethlen reconsidered his current position, resulting in an important announcement two months later that would both shock and change Hungary in a fundamental way.

Notable only is the disappearance from parliament of the Party of Independence and '48 (Hungarian: Függetlenségi és 48-as Párt; F48P), or as they were known then : National Kossuth Independence Party, those revolutionaries and their intellectual successors who had tried to get Hungary liberated from Habsburg rule in 1848. With their goal seemingly complete, the party would be dissolved twelve years later, but the last party leader pledged to refound it if Hungary's sovereignity was threatened again ever again. One of their notables in more recent times was Albert Apponyi de Nagyappony, notable for his Magyarization policies during his time as Minister of Education, fanning the flames of nationalism inside the historical Kingdom of Hungary and as part of a delegation of Hungarians to France to renegotiate the peace terms, which was in vain.

In conclusion, the election did not necessarily herald change, as the Unity Party of Prime Minister Bethlen remained in power, but it would be a first step towards it, as it set in motion a series of events that would define the Hungary of the middle to late 1930's.​
Toggle signature
​
Threadmarks
Show hidden low quality content
You must log in or register to reply here.
Share:
Facebook Twitter Reddit Pinterest Tumblr WhatsApp Email Share Link
Top Bottom