Jump to latest Follow Reply
Menu
Install the app
You are using an out of date browser. It may not display this or other websites correctly.
You should upgrade or use an alternative browser.
Europa Universalis IV 78629 EUIV: Suggestions 17568 EUIV: Technical Support 6292 EUIV: FAQ & Strategy Guides 211 EUIV: AAR's, Let's Plays, and Fan Fiction EU IV: Alternate History Short Story Contest Contr 28
T

I'm currently playing a mega-campaign in which, in CK3 I formed the HRE and then went on to form Rome proper, starting as the king of Italy. When I converted to EU4 I went back to the HRE but I'm conflicted on what to do in EU4. I've revoked the privaliga already, so have the entire empire as my vassals, but I can either now slowly annex all the vassals to become the Roman empire, or take the final decision to unite the HRE proper. I think that if I become Rome, because I'll be removed from the HRE automatically, even as emperor that the HRE will be instantly destroyed. At which point I'll have vassal-magedon. But the slow burn to gradually unite all roman territories seems like a superior strategy to me in terms of gov cap. 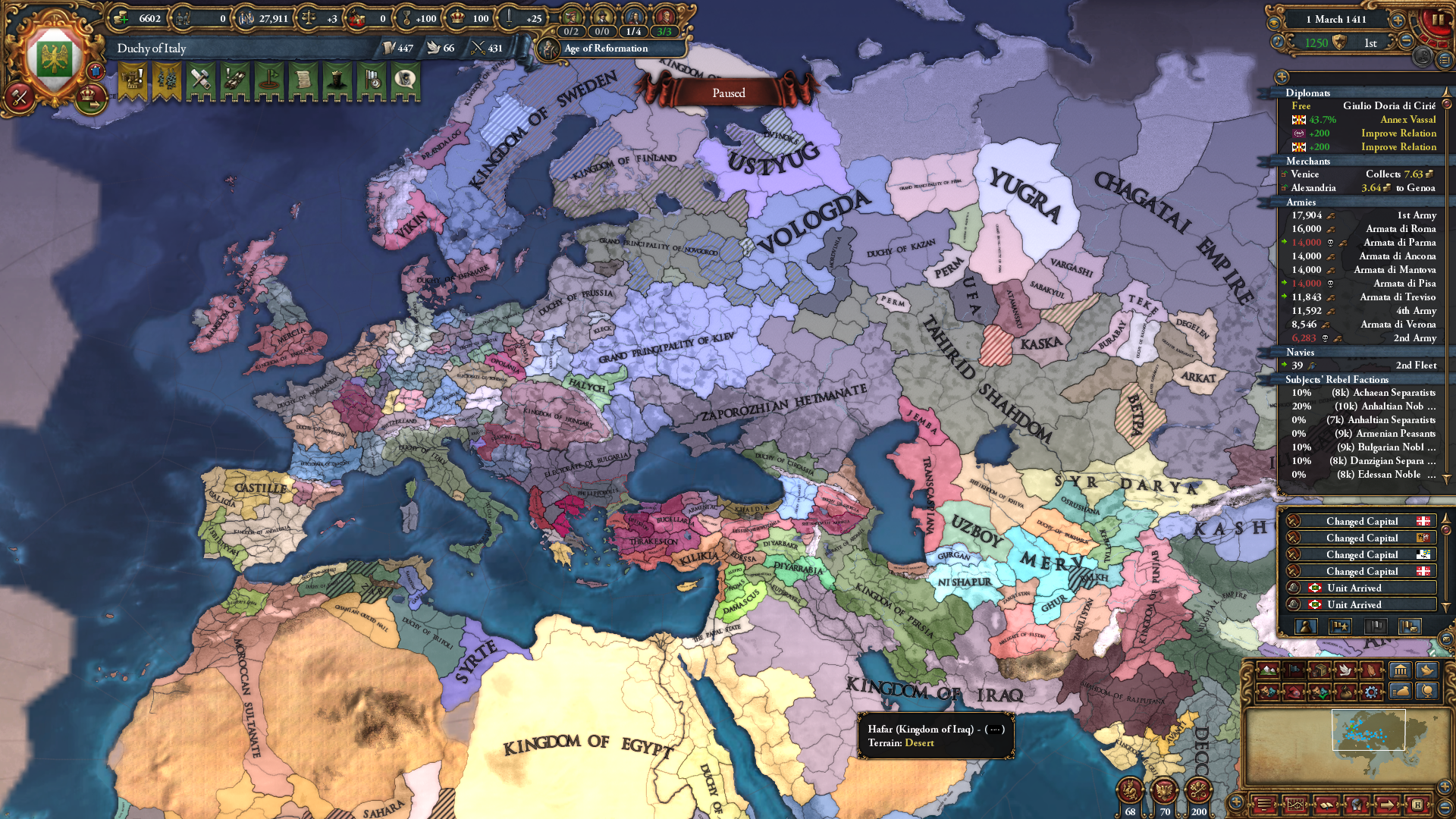 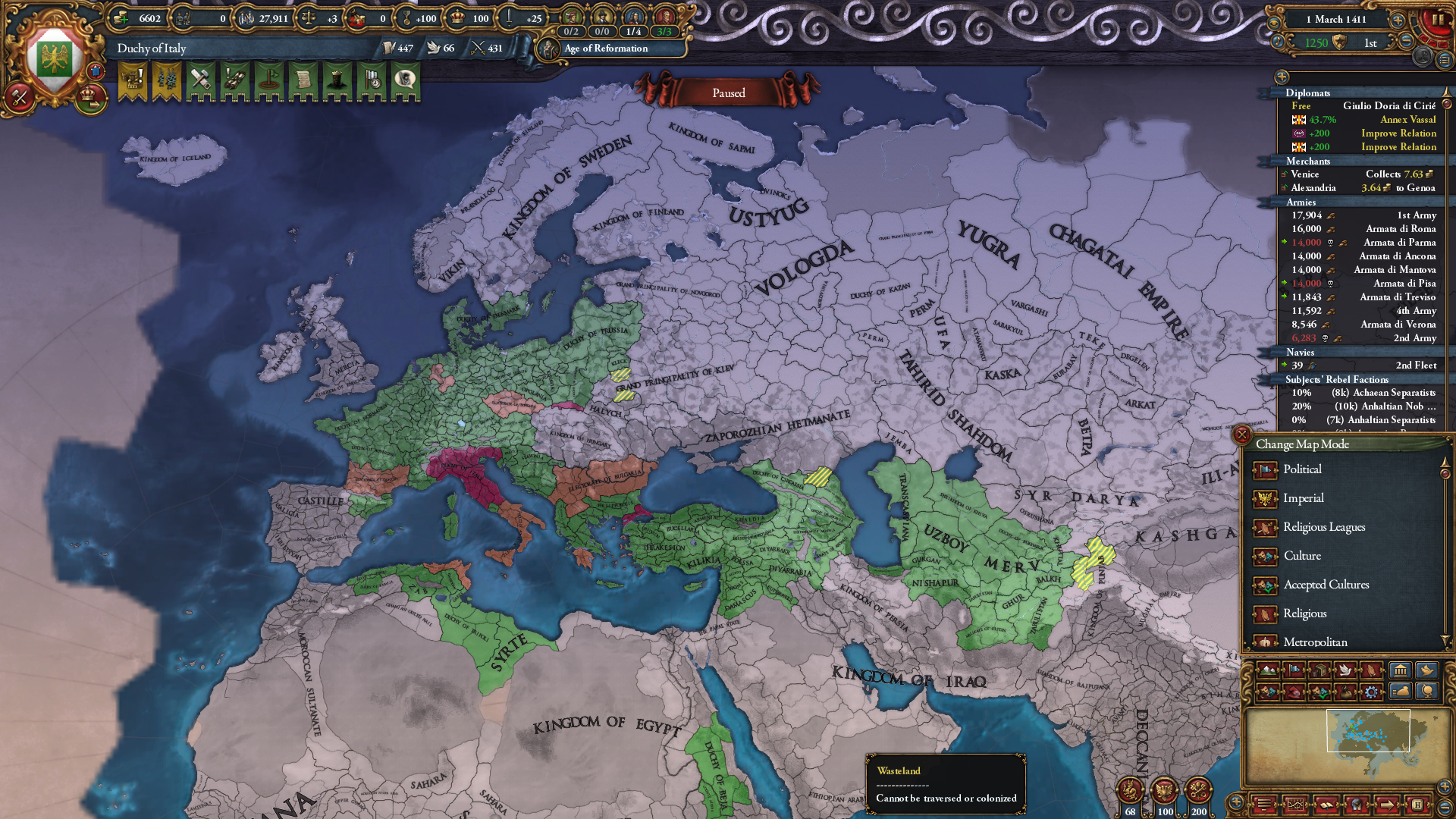 In terms of what I need for Rome, I know it'll be a lot of wars with Spain and eventually England, but given that one of these is my ultimate aim, which should I aim for?
B

The decision to Restore the Roman Empire requires ownership of Iberia and lots of other other provinces that you don't currently control (e.g. London, Cairo). Have you checked the decision options currently available to you to confirm the requirements?

I believe there is a special way to form the Roman Empire from CK2 if you played as Byzantium before converting your same to EU4 but I think that is the only special case from CK2 and all other nations need to fulfil the usual province ownership requirements.

If you form Rome while Emperor with the Privilegia revoked, you won't be removed from the Empire, and then you can pas the last reform to form the HRE. But you'll need all of Italy, France, the Balkans, Anatolia, Iberia, Mesopotamia, some of Egypt, Tunis, Fez in Morocco, Wien in Austria, London and York from England and Zeeland from the Low Countries, so you'll have to integrate some of the vassals manually and conquer the lands you don't currently hold.
Reactions:
Show hidden low quality content
You must log in or register to reply here.
Share:
Facebook Twitter Reddit Tumblr WhatsApp Share Link
Top Bottom