For the record: Guesses on DLCs

Menu
Install the app
You are using an out of date browser. It may not display this or other websites correctly.
You should upgrade or use an alternative browser.
J

I was thinking it might be fun to try and make pre release guesses as to what the themes of V3 dlcs will be.

My guess would be a watch on the rhine dlc which allows us to carry out diplomatic provocations and engage in some Bismark level trolling.

What are your thoughts?
Reactions:

Horse Armour.
Toggle signature
"Doubt is not a pleasant condition, but certainty is absurd." - Voltaire.
"The fundamental cause of trouble in the world is that the stupid are cocksure while the intelligent are full of doubt." - Bertrand Russell.
Reactions:

A Finnish focus tree DLC, finally.
Toggle signature
There is nothing impossible to him who will try
Alexander The Great
Reactions:

War of The Worlds
Toggle signature
If there are a lot of typos I'm on the couch and i'll fix thrgmbel//
My low character is not the subject of Greek Plays!
#willyoupleaseshutupaboutyourlightningrodsalready
Reactions:


Don’t give them any ideas!!!
Reactions:

Man the Breach-Loaded Guns where you get to design the ships with the types of sails, cannon and crew amenities.
Reactions:
Z

A Rome DLC, where you can play the classical game properly, & show what Imperator should have been.
Reactions:

prismaticmarcus said:
War of The Worlds
Click to expand...

If they were going to do any silly or weird DLC, this is the one I'd be most okay with.
Toggle signature
What's up Paradoxplaza, this is xXxUrDoNeKiDxXx coming at you live.
Reactions:

portraits are probably there, I think clothing packs are more likely
Reactions:
F

Alright, after all those joke answers will give an earnest one.

There will likely be one for decentralized countries, as wiz has hinted at that possibility. Other than that is hard to guess. For precedence, we can look at the two DLC for vic2. and the three major dlcs wiz helmed in stellaris.

these being:
A House Divided
Heart of Darkness
Utopia
Apocalypse
MegaCorp

Now, It's most likely stuff introduced in Vic2 dlcs will be, atleast in some form, carried over into vic3, it's possible that they could retread the same topic. (another ACW or colonization focused dlc wouldn't be unreasonable)(the colonization one could even coincide with the introduction of playable decentralized countries)

It's quite possible the first DLC though, wlil be a Utopia/Apocalypse/Royal Court style rework/extension of major mechanics.
MegaCorp is in a way similar to that theoretical playable decentralized DLC and that will likely be the second DLC.

Ultimately its too early to really speculate effectively these kinda topics, but those be me two cents.
Toggle signature
If I were a diplomat, I'd call it "misplaced conceit." But I'm not, so I'll call it "frothing, bug-eyed self-delusion." -- Yahtzee Croshaw not being a diplomat
Reactions:

zorkman said:
A Rome DLC, where you can play the classical game properly, & show what Imperator should have been.
Click to expand...

What Imperator is now I think you mean. Fite me. 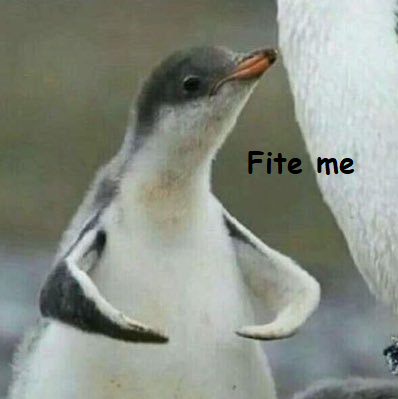 Toggle signature
There is nothing impossible to him who will try
Alexander The Great
Reactions:

I can't foresee a DLC policy that doesn't screw the game over.
Reactions:

Paghalay said:
What Imperator is now I think you mean. Fite me.
Click to expand...

Which is why shortly after the release of "Victoria 3: Rome", the Imperator team retaliates with "Imperator: Empress of India", to demonstrate how they think the 19th century should be handled.
Reactions: