Menu
Install the app
You are using an out of date browser. It may not display this or other websites correctly.
You should upgrade or use an alternative browser.
Europa Universalis IV 74930 EUIV: Suggestions 15840 EUIV: Technical Support 5599 EUIV: FAQ & Strategy Guides 179 EUIV: AAR's, Let's Plays, and Fan Fiction EU IV: Alternate History Short Story Contest Contr 26

The most recent developer-diary showed some minor tweaks to the provinces of Taiwan, but the city-locations are still off: 1: Tainan; its name was changed from Sakam. A good choice, as Sakam was the native name for the village where the Dutch built Fort Zeelandia. The city-location is the only thing that needs a bit of fixing. Also, Zeelandia could be the dynamic province-name for the Dutch culture. This was the capital of Dutch Formosa and conquered by Koxinga later on.
2: Taichung; The old Middag-province (or a dynamic province-name for it). I changed its location, the typo also needs to be fixed. Middag could still be the Polynesian name for this province, as the aboriginals had a small kingdom with this name around the location of modern-day Taichung.
3: Taipei; Renamed from Kelang/Keelung, which makes sense when not under Polynesian control. The green dot indicates the location of Spanish Formosa's capital, San Salvador (which was in the location of Kelang/Keelung). This could be the Spanish dynamic province-name, still, as it's close to Taipei as well. Taipei itself is located at the red dot, so the city should be moved there.

Some maps for reference: 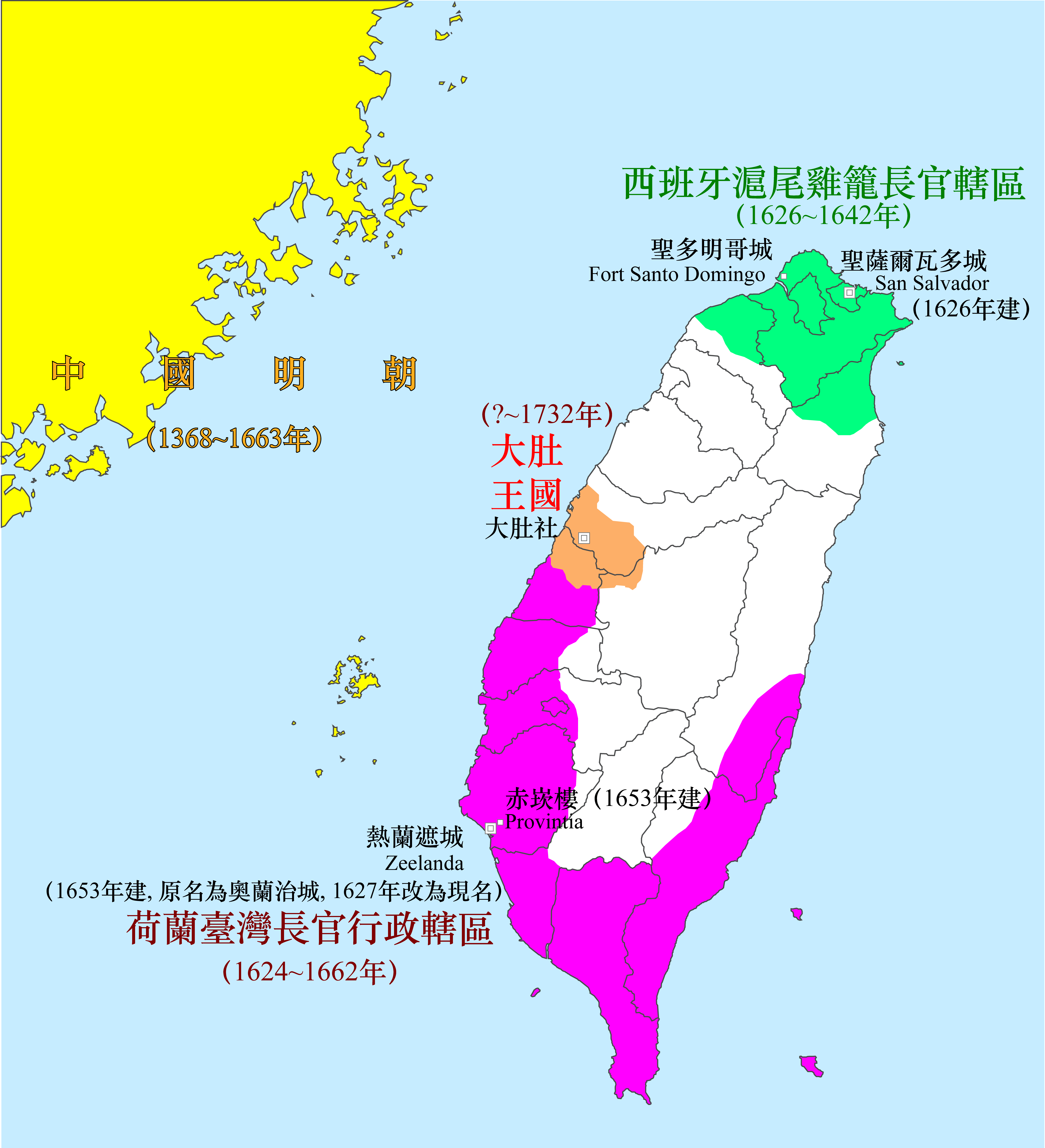 Toggle signature
Fighting for a good map since 1444.

I'm pretty sure that Tainan, "Taiching" and Taipei are just the Chinese dynamic province names for Sakam, Middag and Keelung. The original province names are probably still there.

EasternTiger said:
I'm pretty sure that Tainan, "Taiching" and Taipei are just the Chinese dynamic province names for Sakam, Middag and Keelung. The original province names are probably still there.
Click to expand...

I think that as well, but I'm advocating for the town-fixes and Dutch/Spanish dynamic names mostly.

Anyway, these new names (supposedly dynamic ones for Chinese cultures) aren't present in the current version of EU4.
Last edited: Sep 11, 2019
Toggle signature
Fighting for a good map since 1444.