Jump to latest Follow Reply
Menu
Install the app
You are using an out of date browser. It may not display this or other websites correctly.
You should upgrade or use an alternative browser.
Europa Universalis IV 76595 EUIV: Suggestions 16473 EUIV: Technical Support 5853 EUIV: FAQ & Strategy Guides 197 EUIV: AAR's, Let's Plays, and Fan Fiction EU IV: Alternate History Short Story Contest Contr 26
Show only dev responses

A Tsar is Born. Can You Bring Third Rome to Glory?
STOCKHOLM - May 12, 2017 - For 500 years, the princes of Russia have kept the faith. Through civil wars and Mongol conquest, the word of God has not just survived, but has united our people. Those princes who embrace the church will find glory, those who turn their back will be cast to dust. There have been two Romes, and both have fallen. Muscovy is the third.

There shall be no fourth.

Paradox Interactive and Paradox Development Studio are thrilled to announce Europa Universalis IV: Third Rome. The first immersion pack for the best-selling historical strategy game introduces a wealth of region-specific content, and takes a deeper look at one of the greatest powers of the early modern era – Russia. Russian cultured nations will find new interactions for their government and the Orthodox Patriarchate, deepening the experience of playing this rich and fascinating region.

Russia now gets two unique governments, with special abilities that allows them to tighten their grip on power. Use your administrative ability to reduce provincial autonomy. Call on your diplomatic resources to suppress incipient revolts. Use your military resources to quickly recruit streltsy units for your army. Rule with the iron fist that comes with a divine blessing.

Cool
Toggle signature
We need Chalcedonian Christianity in 769 A.D. instead of Catholic/Orthodox split for Crusader Kings II. Copy and paste this into your signature if you agree!

“If you have sacrificed my nation to preserve the peace of the world, I will be the first to applaud you. But if not, gentlemen, God help your souls."
Czechoslovakian foreign minister Jan Masaryk to Lord Halifax as reaction to announcement of allies' betrayal in 1938.

Quick ask: what do u mean by immersion pack? A minor DLC?
Toggle signature
"In the long term we are all dead."

Very nice, great region to kick off the idea of 'immersion packs' with . Not quite Rome 3, but still very good .
Toggle signature
If interested, please vote for better surfacing of information in HoI4 in this suggestion thread

This sounds really cool, just wish a release date had come with the announcement

Love that Russia will be able to claim whole states rather than just territories. Kinda hope it isn't exclusive to them and is an option for other countries though.

So you start focussing on specific regions now and don't add content all over the place? Thats good I guess.

If these Immersion packs now cost between 4,99 and 9,99$ and not more I'm happy with that.

Interesting. Not too OP?

Wait. It feels like some HEATHEN mechanic when you choose patron deity...

Interesting. But without bonuses of Orthodox - unknow effect.

Yeah, 10% fire damage of streltsy compared to 10% discipline of Banners. But i'm not good in history of Asia, so, maybe, okay...

But, again, we see how EU4 goes Civ6. First with ages and golden age, second with selling us nations...
I hope that you consulted some reliable historian from Russia at least (not me ofc).

Great job <3
Toggle signature
Thou shalt not make a machine in the likeness of a human mind.

The idea is to make a smaller expansion type with a clear focus. More information to come!
Toggle signature
Eternal King of North Kuba Luba

BjornB said:
The idea is to make a smaller expansion type with a clear focus. More information to come!
Click to expand...

Yes, it is interesting. But how much would they cost? 5-10 euro? Hope not 20...Also, will you sell season pass?
Toggle signature
Thou shalt not make a machine in the likeness of a human mind.

Is the change to the orthodox religion for all orthodox nations or just Russian orthodox?

Wouldn't this count as a 2nd Immersion Pack after Purple Pheonix?

Also considering I don't really play majors; neither do I play super-super hard starts like Russian minors; I'm probobly skipping this. I just don't play in the region.
Toggle signature
I play EU4 to meme

With getting new mechanic with choosing icons it will really feel like Hindu or Pagan. 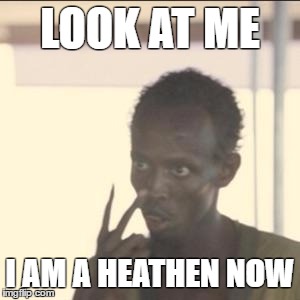 Toggle signature
Thou shalt not make a machine in the likeness of a human mind.

Ottoman Empire doesn't have any single missions or events about Italy region, Castle of Otranto or The Rome itself, while you call Russia as Third Rome.

I can only say; LMAO.

Well done Pdx. Keep on like this. It is a perfect way.

seriousgigi said:
while you call Russia as Third Rome.
Click to expand...

But it claimed to be...
Toggle signature
Thou shalt not make a machine in the likeness of a human mind.

Mortheim said:
But it claimed to be...
Click to expand...

https://en.wikipedia.org/wiki/Third_Rome#Ottoman_claims
The first Rome was Pagan, second one was Christian and the third one was Muslim

seriousgigi said:
https://en.wikipedia.org/wiki/Third_Rome#Ottoman_claims
The first Rome was Pagan, second one was Christian and the third one was Muslim
Click to expand...

First Romes was Rome itself. It fell to barbarians.
Second Rome was Constantinople. It fell to muslims.
Third Rome is Moscow by right of kinship (Vasily III is son of Sophia Palaiologina, who is niece of Constantine XI).
Practically same logic
Toggle signature
Thou shalt not make a machine in the likeness of a human mind.

Maybe a stupid question, but the new unit packs are for some russian minors isn't it? Not for other Eastern European countries. But I'd like to see a Hungarian Unit Pack too, especially after the Hungary Patch
Toggle signature
My Mods
More Holding Graphics - CK3
Immersive Toponyms - CK3
Immersie Religious Holdings (v1.5 Tibet Update) - CK2​