Good day all. It's Tuesday, so that means that it's time for another EU4 dev diary....on any other day than today. But June 6th is Sweden's National Day, so I'm sitting in my shorts enjoying a rare spot of sun

Well, regardless of that, I want to talk about a couple more things being updated alongside v1.22. The Custom Nation Designer and Achievements

The Custom Nation designer for owners of El Dorado continues to be a popular choice for players and we wanted to return to it to add many of the new bonuses. The game has evolved plenty since its introduction in early 2015 and many modifiers have been added since then to accommodate such evolutions. As such, we bring these to the Nation Designer. I'll admit, we looked at some of the modifiers and thought "Who would create a nation with THIS?" but decided that it's your nation, your rules. In they went


Code:
This list is potentially non-exhaustive (I'm on my balcony, not the office) but we are happy with how the list turned out, much like how we added Monarch Personalities to the designer in Rights of Man.

Another thing coming along with Third Rome and 1.22 are the new Achievements. As ever, our talented 2D artist @The Real Timor was ready, digital pen in hand to whip up 10 new ones for us all.

Dovmont's Own: Starting as Pskov, have 100 standing Streltsy units

Redecorating: Starting as an Orthodox Nation, Consecrate Metropolitan in Roma

Breaking the Yoke - As Ryazan, own Saratov, Crimea and Kazan while being independent

Back in Control: Form Yuan and be the only nation holding land in China.

Mass Production: Starting as Odoyev, own one of every manufactury

Relentless Push East: Starting as a Russian nation, By 1600 own the East Siberian Coastline.

Laughingstock: Own the provinces of Haha, Hehe and Lolland.

Lessons of Hemmingstedt: As Dithmarschen, hold the provinces of Sjaelland and Holland while Denmark does not exist.

It's All Greek To Me: Form Greece and own and have cores on Zeta, Thatta, Lamba, and Roh.

The 52 Garhs: As Garwhal own and maintain 52 forts without going into debt

With Third Rome's release little over a week away, we'll be looking at the Patchnotes as usual next Dev Diary. 'Till then, Happy Sweden Day!
Expand signature
The Iron Mountains: EU4 Ryukyu World Conquest AAR
​

Many thanks for the new achievements! I personally like achievements by nation because it gives an incentive to play with a nation you would normally never play with.

I'm also kind of a patient player, I've never done a WC for example. So I like very much that there are not as many achievements with a timer. Now I can keep playing and trying for achievements in my own pace

Lmao that Laughingstock one

DDRJake said:
Laughingstock: Own the provinces of Haha, Hehe and Lolland.
Click to expand...

Kek
Expand signature
“Move swift as the Wind and closely-formed as the Wood. Attack like the Fire and be still as the Mountain.” ― Sun Tzu, The Art of War

>Laughingstock: Own the provinces of Haha, Hehe and Lolland.

How about Lolo in Africa (around Mozambique)?
F 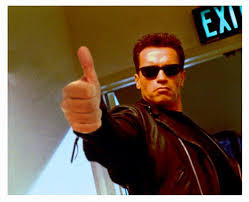 Cheers for the DD DDRJake . Some nice achievements there - love Laughing Stock and It's All Greek to Me .
Expand signature
The object of naval warfare is the control of communications, and not, as in land warfare, the conquest of territory
- Sir Julian Corbett
Modding minutae thread

I was expecting an achievement related to the Pentarchy, but these are still funny. Really glad Dithmarschen and Garwhal got one this time.

WanderV said:
>Laughingstock: Own the provinces of Haha, Hehe and Lolland.

How about Lolo in Africa (around Mozambique)?
Click to expand...

And Hue in Vietnam?

DDRJake said:
View attachment 272985 Laughingstock: Own the provinces of Haha, Hehe and Lolland.
Click to expand...

What I really want from nation designer is to be able to create nations with tags. Just let me create proper Finland or create my custom France.

Well, after publishing all of the diaries about Third Rome, there is one thing I can't understand.
Why as person on cover used Peter the Great? Man that abolished the Patriarchate, subordinated Church to the state and disbanded streltsy.
I almost sure it some kind of trolling.

This new expansion have nothing related with him or i'm wrong? In fact, more suitable person for content you're offer is Ivan IV Grozny.
Expand signature
Streltsy and the russian army composition

DDRJake said:
Good day all. It's Tuesday, so that means that it's time for another EU4 dev diary....on any other day than today. But June 6th is Sweden's National Day, so I'm sitting in my shorts enjoying a rare spot of sun
Click to expand...

I like the achievements
Expand signature
I'm good at this! Sometimes. Occasionally. Rarely.

When are we going to see the unit renders for this pack?
S

AnssiA said:
What I really want from nation designer is to be able to create nations with tags. Just let me create proper Finland or create my custom France.
Click to expand...

Presumably you'd start off with the pre-existing nation (many of which are worth many more than 200 points!) and have to swap out land or other (often massive) boni in order to get your preferred land or boni, capped at the starting point level or 200 whichever is greater. Or simply 200 points total. Or whatever works.