Menu
Install the app
You are using an out of date browser. It may not display this or other websites correctly.
You should upgrade or use an alternative browser.
Europa Universalis IV 74593 EUIV: Suggestions 15721 EUIV: Technical Support 5555 EUIV: FAQ & Strategy Guides 176 EUIV: AAR's, Let's Plays, and Fan Fiction EU IV: Alternate History Short Story Contest Contr 26
Showing developer posts only. Show all posts in this thread.
Show all posts

Welcome everyone to another development diary for Europa Universalis IV. This time it's yet another short one, written by me, talking about some new mechanics.

First of all, we are changing the Plutocratic Government Reform. For those that do not recall what it is, it's a reform available to countries in either of the indian, muslim, chinese or east-african technology groups. Previously it gave a merchant and affected the influence of some estates.

In 1.31 it will become far more powerful, as it will also get all the benefits and drawbacks of a merchant republic, including trade posts & trade leagues. This will make it possible to create a powerfully focused trading nation in the east. 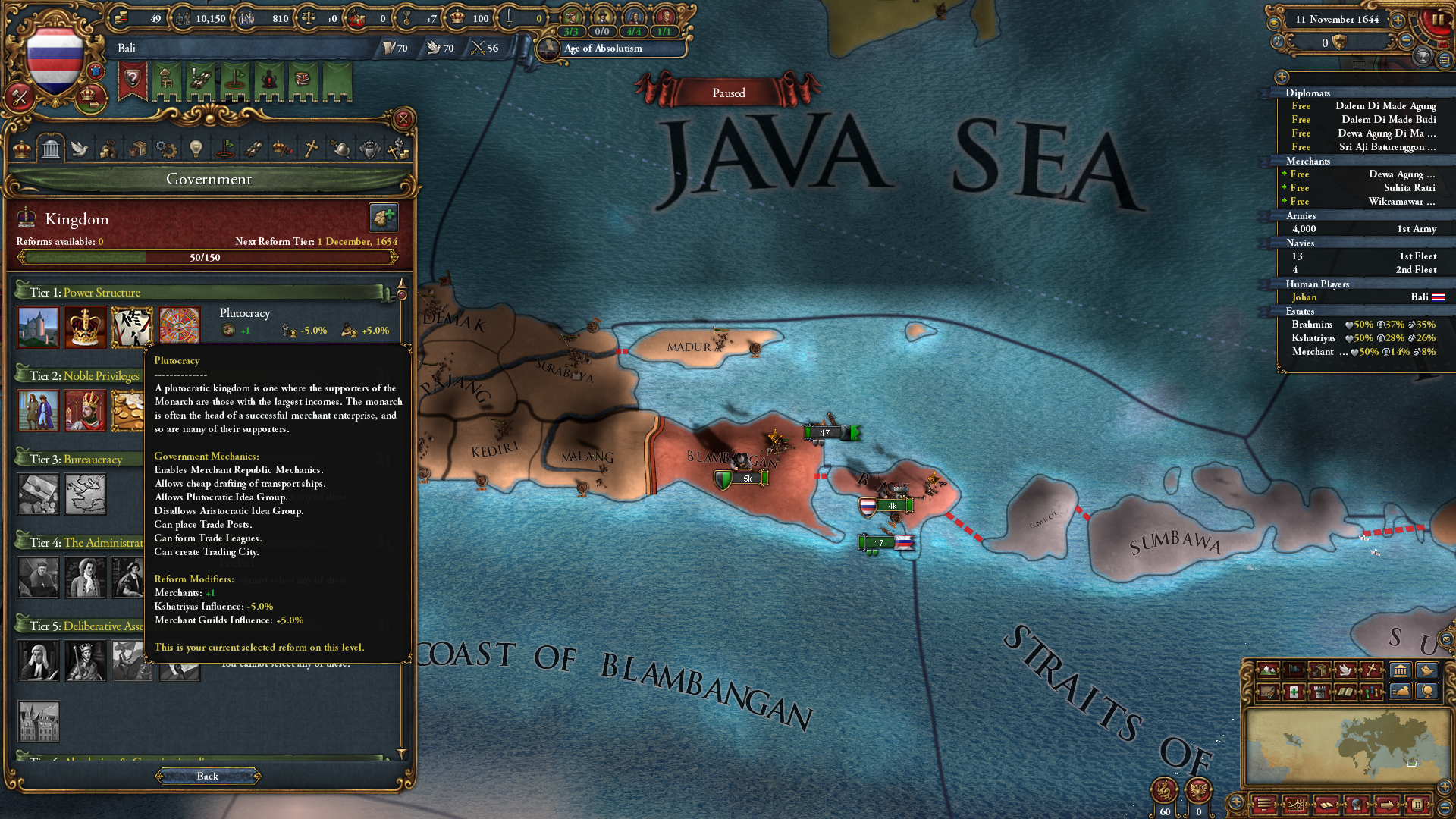 Secondly, as you may have noticed in the previous screenshot, this reform also unlocks something called “draft transports”. This is an ability that comes with the next expansion, and allows you to quickly get transports at a cost that may be beneficial to you if you are a smaller nation.

Drafted Transports will begin construction in as many ports as needed, just like building a template, and the amount of transports you get depends on your naval force limits.

Drafted Transports take half the time of a normal transport to build.

Drafted Transports cost a fraction of your income instead of a fixed amount, so it is not really beneficial to large empires, but it is a great way to quickly and cheaply get a new transport fleet when playing a lesser naval power that can not afford keeping it around all the time. 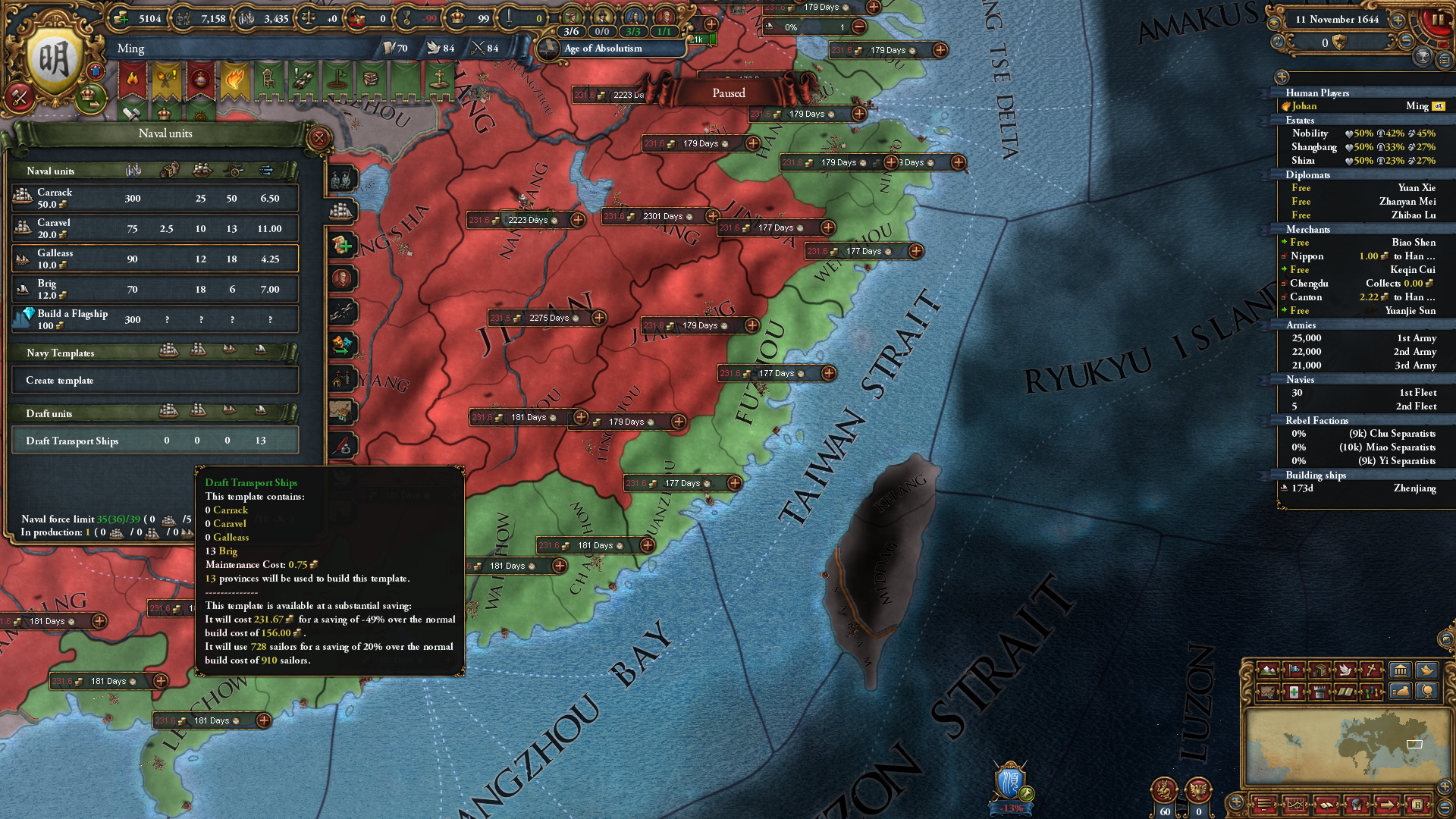 Next week, we’ll be back, talking about a new feature that may either be unprecedented or something really really lasting.
Toggle signature
Johan Andersson
Studio Manager Paradox Tinto - Follow me at Twitter!

Riukus said:
Well I saw "enable merchant respublic mechanic", but there is no button and estatetes are acctive, so will MR have some changes now?
Click to expand...