Romanix90 said:
Let me hear your suggestion if you have one regarding Iran and Zoroastrianism?
Click to expand...

Converting from Islam to Zoroastrianism with a large Muslim realm – even if your ruler and all their provinces have an Iranian culture – should absolutely cause a stab hit. 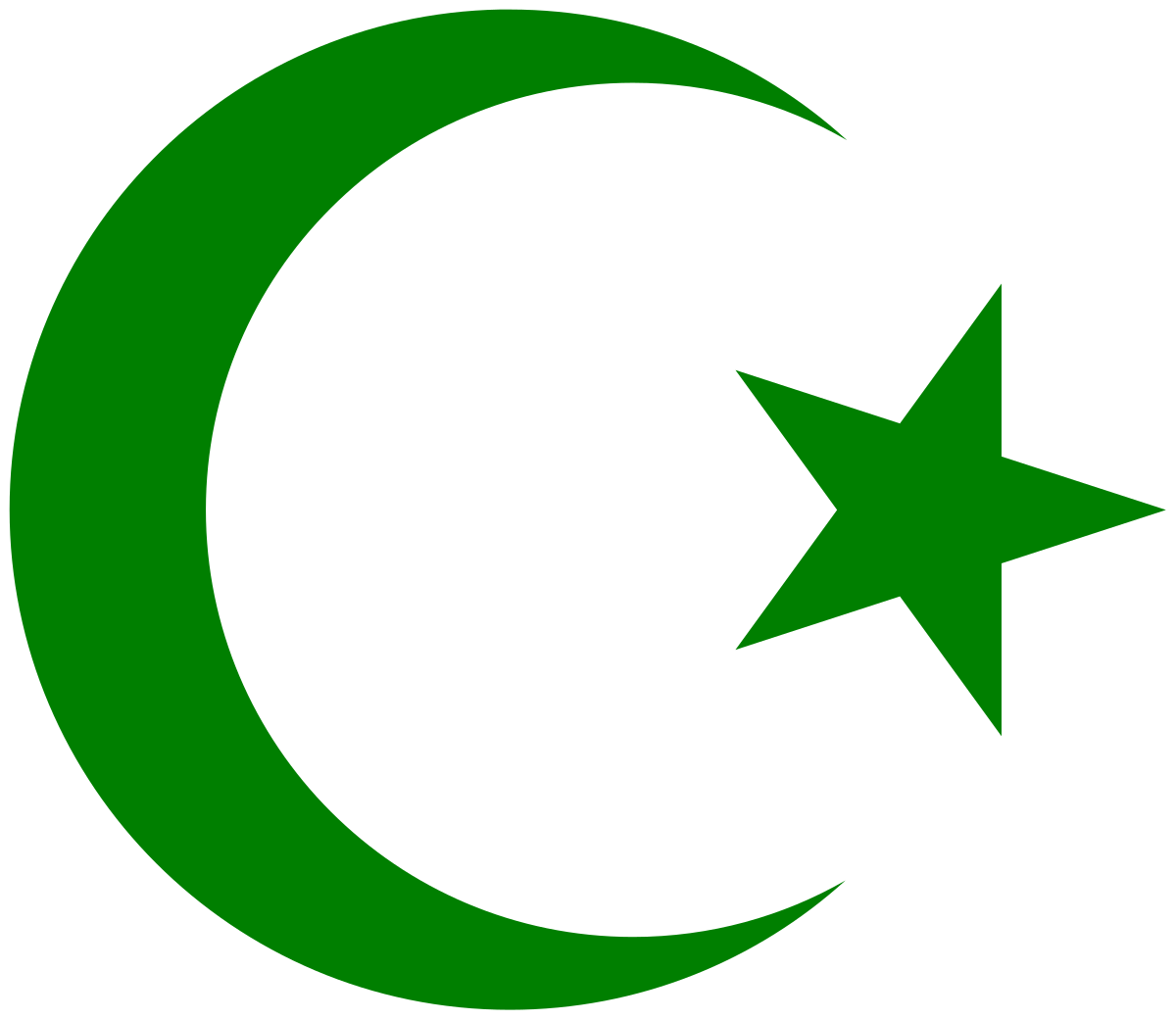 en.wikipedia.org
Expand signature
MEIOU & Taxes is only conditionally awesome.
If you don't want politics in your games, play Tetris.
Coloured wastelands should default to off, because they are a user interface antifeature.
Reactions:

grommile said:
Converting from Islam to Zoroastrianism with a large Muslim realm – even if your ruler and all their provinces have an Iranian culture – should absolutely cause a stab hit.

Yes, that is why I suggested this be available for Iranian cultures if they own at least 2 Zoroastrian sites. You al ready can convert From Islam to Sikhism via decision in India. There are not much Zoroastrian provinces besides Yazd. We don't know how much will be added in future DLC in Iran or will any. Perhaps I made a mistake in previous post, perhaps there should be price to pay if you wanna go Zoroastrian. Another reason why I suggested this is because so you don't suffer devastation if you go to provoke rebels. You basically need to watch out your armies and after rebels enforced their demand lose prestige.
Expand signature
Byzantium is the Roman Empire. Deal with it.

The new changes look great. I'm just a little worried about all the RNG involved and hope maybe we can get just a little more influence on it somehow.

Now we just need Animism and Judaism improvements in that order IMO and the games religions will be good.
Expand signature
Furthermore I believe Victoria 3 must be made!
Reactions:

Shwartz99 said:
Wow, these religion mechanic changes/additions have been really good! Thank you Groogy!
One thing I'd think would be interesting is if each culture/culture group had a starting ancestor like Glooscap, Wisakedjak, Wakan Tanka, etc. which has a better bonus than rulers. There are certainly plenty of Native American creator gods which we know about and can use.
Click to expand...

Me: *busy making a mod updating some of the "unexpanded religions *
PDX: Hey we're updating Sikhism+Zoroastrianism
Me: okay, so now I can focus more on Totemism, Animism and Judaism
Pdx: so.... We're also doing Totemism now
Reactions:
D

Will Judaism get some love to?
Reactions:
T

Will there be any changes for Judaism since there will be other religious changes?
Reactions:
M

holyvigil said:
When did syncretism happen? From what I understand most of the natives died out.
Click to expand...

It is happening even today. Google “Santa Muerte”. Although I suppose you mean specifically North American Indians, then I don’t really know. But syncretism was (and is) not uncommon in regions recently converted to one of the revealed faiths.
Reactions:

Cool stuff, love to see some variety in religions.

And what about estates? Any new surprises on that aspect?
Expand signature
Return of the Baker (Mod)
Madeira, Pearl of the Atlantic.
Order of Christ (Playable Monastic Order idea)
Reactions:
M

I love the new religious mechanics. It adds variety to have this new style of religion that gradually builds from very weak to very strong over the course of the game. I also like the balance between randomness and control for the Totemist change. I think I'll be trying this out a bunch both as a native and maybe as a custom nation somewhere.

The new mechanics look really interesting and those Sikh bonuses will certainly make it an attractive alternative to Hinduism.

Here's a suggestion for how to handle rulers having multiple traits: when you add a ruler to your mythos, you get to pick which trait to preserve (or maybe just the first one). Seems a lot simpler, honestly.
Reactions:

Still picturing the theme of the DLC, it appears to be a "remaining" religions pack with diplomacy and North America focus kind of. At least for now. While the patch will be SEA focused which is weird but okay.

To be fair, I am disappointed you guys came up with another paid DLC ASAP and its content seems like just an ordinary DLC with various mechanics packed in. I think you guys owe us a little bit for all the DLCs we bought over the years and if you wanna sell a couple more DLCs or not, you should revise some more core mechanics as you did with the last patch. I don't think working a whole year for a really big patch accompanying DLC would be an underpayment for the company at this point considering the current smaller team and the state of the game. By the way, I won't even mention the most recent DLC and patch still being a huge mess, hence why I am still delaying my purchase.

That's why you better bring us a patch with reworking core mechanics while still trying to sell a DLC after all these years. Warfare alone would keep you guys busy enough for improving I suppose, including balancing all around. Regarding the upcoming patch though, maybe adding religious minorities as province modifiers like good old Dei Gratia and its successor M&T would be a good start and it would fit the theme too. Maybe even adding Jews as an estate(alright make it paid) and reworking current obnoxious banking and loans. Possibilities are endless and if you guys are thinking of just shipping some old-fashioned Eu4 DLCs nevertheless, I'll just pass.

So what will happen to the army professionalism? Will it be integrated into the base game or unlocked with the upcoming DLC if you don't own CoC? Or, most unlikely one, will these new Sikh features come for CoC owners too? OR(last one), least excited one, will these bonuses be replaced with other random bonuses for non-DLC owners?

-DI- RivalET said:
I'd like it more if rulers could still have multiple personality traits and allow the state to pick one. Kinda reflective how characters of legend are often portrayed more one dimensional than they were irl. Still really love the overhaul of totemism overall though!
Click to expand...

Piotrzeci said:
Could you reduce the penalty Pagan nations have from converting to a different religion through decision? While new mechanics for Totemist are good, it would also be nice if converting to a Christian religion was possible as well. Currently it costs 4 stability and is much worse than forcing rebels to convert you. It's weird to have Totemist be this religion that gets better over time and abandoning it cost so much compared to using rebels.
Click to expand...

I think 4 stability hit is pretty reasonable, the problem is using rebels to force their demands doesn't cost much.
Reactions:

Well I guess I'll have to eat my words now. Never saw this coming. A very pleasant surprise though.
Reactions:

All this changes to Religions are amazing.
Can we please get the other Pagan religions from the converter for the Nation Designer while we are at it? Pretty please
Reactions:

Do certain tribes start with specific heroes from their own traditions?
Reactions:

That's a pretty cool idea for Totemism. Reading this I was having déjà vu, because I proposed a very similar mechanism back in the far-off year of 2016!
Last edited: Nov 12, 2020
Expand signature
Some suggestions for EU IV:
Some suggestions for flavor and mechanics for Totemism and Animism.
Some UI improvements for condottieri.
A Suggestion for Stellaris:
Art, Culture, and Prestige: A New Peaceful Victory Type
Reactions:

Jorlaan said:
The new changes look great. I'm just a little worried about all the RNG involved and hope maybe we can get just a little more influence on it somehow.

Now we just need Animism and Judaism improvements in that order IMO and the games religions will be good.
Click to expand...

Maybe they could even ADD new religions after that? Even if it gets a mechanic, Animist is still a placeholder which would benefit from a divide (at least between Asia, Polynesia and South America), and there is a very good case for importing Nestorian or European Pagan faiths from CK2.
Reactions:
Show hidden low quality content
You must log in or register to reply here.
Share:
Facebook Twitter Reddit Pinterest Tumblr WhatsApp Email Link
Top Bottom