Menu
Install the app
You are using an out of date browser. It may not display this or other websites correctly.
You should upgrade or use an alternative browser.
Europa Universalis IV 74614 EUIV: Suggestions 15734 EUIV: Technical Support 5557 EUIV: FAQ & Strategy Guides 176 EUIV: AAR's, Let's Plays, and Fan Fiction EU IV: Alternate History Short Story Contest Contr 26
Show only dev responses
Threadmarks
Reader mode 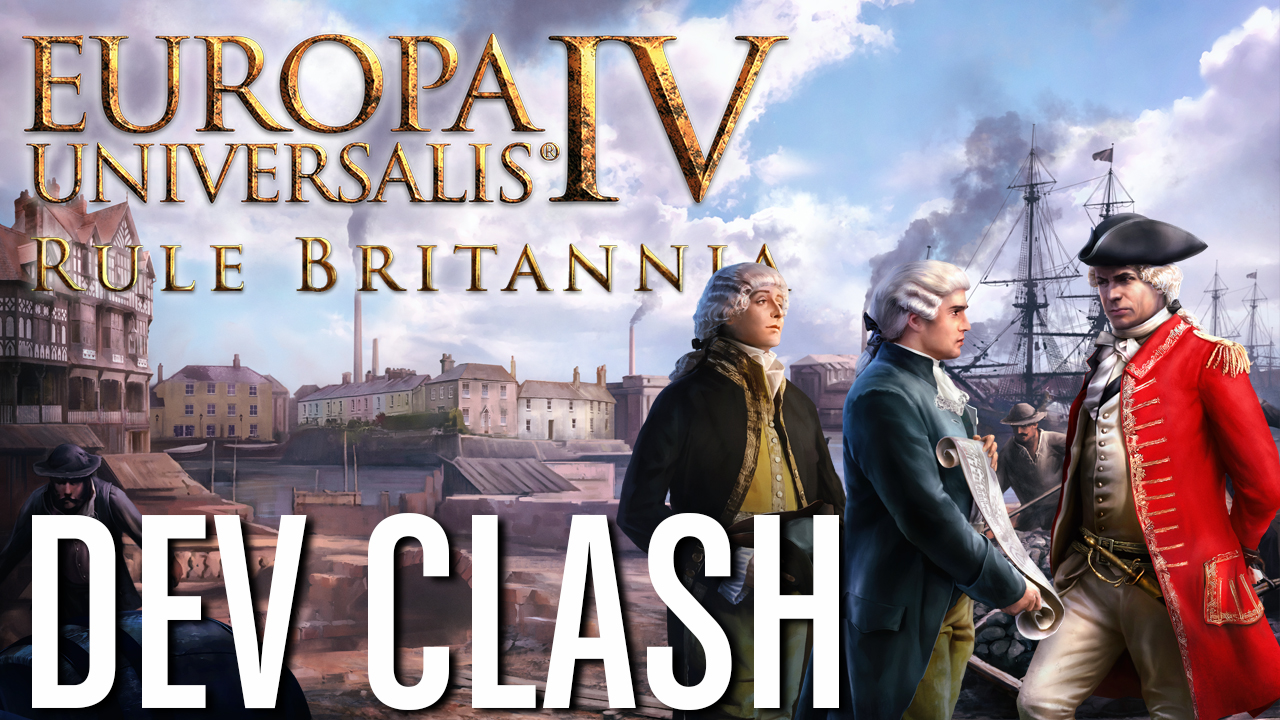 It's time to start up the next round of the weekly developer multiplayer clash!
For this season we are going with a bit of an old school game. We are all returning to Europa, no developer only mechanics and play on the bleeding edge of the game.

This time around the winners will be the top three players in score. The Victory cards work normally again. However we will be halving the score of any player that needs to relocate out of Europe to entice people to stay alive for everything that's dear to them.

Where can I watch this live?
https://www.twitch.tv/paradoxinteractive

Where can I watch previous streams that I missed?
Either on our Paradox Grand Strategy Youtube Channel, or the Twitch VOD archive.
If you want to see our new stuff we have a new channel dedicated specifically for our Grand Strategy games!
Subscribe to ParadoxExtra Grand Strategy Channel!

We have a lot of fresh meat this season! I hope you will enjoy!

Get hyped!!!
Toggle signature
Not the Johan you are thinking of

Looking forward to this
Toggle signature
No fighting in here! This is the war room!

Eu4 MP, hmm, I think I've heard of this
Toggle signature
The ordinary spectator's loyalty lies not with who is right or who is wrong, but with whoever is keeping the thunderdome slaughterfest alive - René Descartes, probably

... Ganker!
Toggle signature
Not the Johan you are thinking of

It would be fun if starNaN got ganged at the very beginning of the first session, then relocated to India and then build a 4K development monster who chooses who wins.
F

Yeah, this'll be a steamroll unless he gets ganked out of existence in the first 20 years.

"I think, but dont quote me on that" - Kissya
"I've not been getting it up for a long time" - DDRJake
"I'm gonna have to beat him off if I want to squeeze more out of this" - Atwix

Interesting setup, though not really a balanced one.
Johan has shown often enough what he is capable to do with England.
KaiserJohan got lucky with Ottomans once again.
Mamluks and Muscovy have the usual advantage of being on the distant outer sphere.

Can't wait to see how diplomacy will affect the center of Europe though. I'd love to see a StarNaN & Groogy alliance!
Toggle signature
War is a series of catastrophes that results in a victory.
Georges Clemenceau (1841 - 1929)

map seems packed. This is going to be good

Glad to see you guys going back to the OG game. The gimmicky battles were alright but this way of play is much more entertaining.

Rooting for Trin-Senpai as always
Toggle signature
Ideas to Improve Golden Century
Disappointing Accomplishments in EU4
"If you don't want fantasy nations why would you suggest Belgium?"
"Glorious tent-living master race cared nothing for the cries of the filthy house-peasants" - @Fishman786

Dakkadakka127 said:
Glad to see you guys going back to the OG game.
Click to expand...

That was our intention A good old classic dev clash
Toggle signature
Hello, I'm omfgBlondie. You may remember me from such videos as Artificial Alliance, and the Patriarch of Ethiopia

Yeah, this'll be a steamroll unless he gets ganked out of existence in the first 20 years.
Click to expand...

Not so sure. He did a very impressive Player vs AI run last time, but he was shaky in his first war against the Ottomans team. Despite superior armies and greater income and numbers, he struggled a lot. Without the Prussian ideas, I'm curious to see if he can do as well. Even if his SP skill should allow him to carve the Middle East and Persia quickly. A bit of a shame there is noone in Qara Qoyunlu, that would have spiced things up. That was probably more interesting for balance that putting 3 players in Italy, or one in Holland.
If I had to chose, I would have removed Milan and Holland and replaced them with Scotland and QQ. QQ+Mamluks could contain the Ottomans, and Scotland could give a real challenge to the formation of GB if they received support from the continent, especially someone with a strong navy (Castile, Portugal, Denmark, France?).

Otherwise... hyped! I waited for a classic Dev Clash for quite a while!
Last edited: Mar 1, 2018
Toggle signature
Back to the forums.

Jumping around - A 1.30. journey around the world
S

This dev clash has a distinct lack of FREEDOM. Johan needs to make a beeline to the Americas and play as a released Colonial Eastern America. I want to see a USA that stretches to the pacific before 1776.
P

There's really only four non-colonial nations on the edge who can try to conquer from AIs without player interference: Morocco, Mamluks, Ottomans and Muscovy. Of those, I'd be most worried about Muscovy/Russia and then the Ottomans - I expect that Kaiser Johan will have a significant amount of player interference (starting with StarNaN) if he tries to annex the Middle East and keep going into India, but Poland/Lithuania and Denmark/Sweden are likely to keep each other busy long enough for Muscovy to form Russia and get far enough east that the AIs to the east won't ally any players because of distance, at which point he can just keep plowing east until he hits Ming.

Everyone else is crowded enough together that when they go for an AI there's a good chance that there's a player allying that AI, which is definitely going to make life complicated.
D