Jump to latest Follow Reply
Menu
Install the app
You are using an out of date browser. It may not display this or other websites correctly.
You should upgrade or use an alternative browser.
Crusader Kings II 69466 Bug Reports 19673 User Modifications 10465 Suggestions 5868 Tech Support 6318 After Action Reports
Show only dev responses

We interrupt the regular program for this short broadcast from the Game Director. That is, me. I was planning to talk about something completely different (and admittedly of more substance), but we decided to hold on off on that for a bit. Instead, bear with me as I wax slightly philosophical and delve into the twin personalities of Crusader Kings. Now, that might sound like a diagnosis of mental illness, but it’s actually a beautiful thing that makes the game unique. I often think of Crusader Kings as a potted plant. The pot is the strategy game and the plant is the role-playing aspects, and every time you play the game, the plant grows differently, pruned by player actions… like a Bonsai Tree. 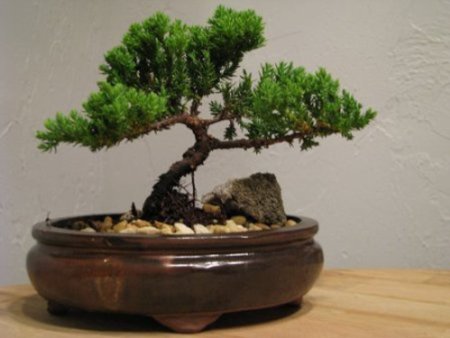 The pot and the soil cannot be neglected, for the roots of the plant - the “story engine” - need to be contained and nurtured by sound rules and balanced mechanics. Strategy games provide fertile soil indeed for captivating drama through their most defining features; freedom of action and conflict. Engaging conflict among a multitude of players and AI actors is really the key to the success of Crusader Kings II, for it causes such amusing stories to emerge and grow.

It should come as no surprise, though, that hybrid games like this tend to attract two rather different kinds of players; those who seek domination through mental acuity and those who are mostly in it for the ride (and everything in between, of course.) This poses an interesting challenge for us, the developers, because we have to expand on the game in ways that will suit both types. As you know, we have wavered back and forth between almost pure RPG expansions like Way of Life and strategic expansions, like Conclave, but we can never seem to please everyone (which is, of course, why we love mods and modders so much!)

Is there a point to all this? Not really, but perhaps you can guess what kind the next expansion will be…

That’s all for now! There should be some actual revelations next time, so stay tuned.
Toggle signature
Henrik Fåhraeus

Interesting thoughts but this only makes me think of Mr Miyagi. Wax on, wax off....
Toggle signature
Extend to 1836 - A simple EU4 mod to bridge the 1820-36 gap; ready for a Vic2 conversion
Reactions:

This is cause this is the closest Tuesday to 1st April isn't it?
Toggle signature
"There is no such thing as an unbiased argument - indeed, facts support bias', or else they wouldn't exist." - Grand Historian

I love the idea of "grand strategical RPG"...
Reactions:

This is a really nice dev diary, and from it I'm guessing the next expansion to be the 'story' expansions giving us more story elements and such.
Reactions:
J

Wait we were promised info on the patch because no diary last week... who do we need to support in a abdication faction to get some information!
Toggle signature
Lead Scripter/Class Designer/member of ruling troika of the Faerun Soviet
https://forum.paradoxplaza.com/forum/index.php?threads/mod-d-d-forgotten-realms.1042010/

A First Person RPG expansion?
Toggle signature
Off The Wall is way better than Thriller!

"success is a journey not a destination ... Bee Gee journey was a full success destination is same for everyone.... dead .. enjoy life every minute one day will your last one.... music stays for others .............." - alfredo sanchez (Youtube comment on: Heartbreaker.)
Reactions:

Is this it? Nothing? Not even ONE screenshot of anything relevant?
Reactions:

blackninja9939 said:
You managed to tell us literally nothing but still made me really want to know what the next dlc is gonna be lol
Click to expand...

They want to please RP fans and fans of strategy. He mentions that Conclave was designed with strategic elements in mind, so next expansion will please RP fans. That's my guess. Disease/physician addition foes that way. Or maybe they'll blend some more strategy-oriented features to keep a balance?

*Lusitans to arms, for the faith, for the King, for the Homeland.
Reactions:

Edit:
While we're getting them bonsai vibes, for you Paradox~

And good looking tree
Toggle signature
Eager for NSB and the Soviet Rework? Check out the Permament Revolution Lives On! - a Trotskyist AAR.

Thrake said:
Hey, isn't that you have to make the Bonsai suffer to actually keep it tiny and cute?
Click to expand...

Does that mean they will cut something out of CK2 in order to make place to something new? Still no clue what it could be.
Toggle signature
Got political parties in Victoria 3! Nice!