To make this happen, we needed to add some additional infrastructure to our content systems -- a framework to manage the various contracts and conversations and events. In the original Kamea campaign, we used a mechanism called “milestones” to manage the flow of gameplay through the content. For our new infrastructure, we needed to expand, polish, and make generic the milestone system.

We call the new system "Flashpoints", and it’s kind of like a Swiss army knife for creating longer-form content than our single encounter model. Flashpoints represent a sort of "campaign construction kit", with all the parts needed to build small, bite-sized episodes of story, and then tie those episodes together into longer narratives.

When we talk about how the game is procedural, that’s a misnomer; we don’t actually randomly generate our content. The maps are hand-sculpted; the encounters are placed on them by hand, and the contracts that layer story over the encounters are authored one at a time. The apparent randomness comes from the way these parts work together to make an actual game experience. We call it "curated procedural content": content assembled from carefully designed components.

The Flashpoint mechanism is an extension of the "curated procedural" idea into longer-form stories. We have encounters and their contracts, which are the basic building blocks of a story - you fight a patrolling lance of ‘Mechs; you assault a base; you escort a caravan of rescued prisoners to a pickup location. Within the Flashpoint structure, we connect those into a single, continuous story - you fight a patrol to clear a path to a base where your employer’s people are being held prisoner; you assault and capture the base, neutralizing its defenses and the lance guarding it; the prisoners are loaded into vehicles and you escort them to a pre-arranged extraction point, defending their convoy from the enemies that had captured them in the first place.

In addition to the sequenced contracts and encounters, we’re also adding branching conversations to the Flashpoint infrastructure, to provide both story context -- a briefing from your employer, or a conversation with your crew -- and moments of choice. The Kamea campaign was necessarily linear, because we were building highly-specific content, bespoke encounters on bespoke maps, and that doesn’t leave a lot of room for variation beyond minor cosmetic things. By assembling these short episodes from the curated building blocks of encounters and contracts, we streamline the fiddly technical work of putting a story together, and we’re able to focus on the storytelling. Maybe your employer has a side job she’d like you to look into on the way. Maybe there’s an ethical line your employers are crossing that you’re uncomfortable with. Maybe you can choose a larger strategic goal -- destroy a logistical base, or capture a communications station -- with different repercussions to the overall campaign.

Flashpoints have two other exciting aspects as well. The first is that we’re introducing the idea of rare rewards for completing Flashpoints, in addition to the normal rewards and salvage, because they’re longer and more complex and more difficult than one-off contracts. In some cases, we’ll be asking you to do multiple missions back-to-back, with no chance to repair or heal up your pilots, so you’ll need a much deeper bench of both ‘Mechs and MechWarriors to handle them. But you’ll have the chance to find rare weapons, ‘Mech upgrades, and even LosTech items as possible rewards, on top of the usual c-bills and salvage. So branching choices and cool bonus rewards are what make Flashpoints something you’ll want to play.

The other really exciting part of this new structure is that Flashpoints are all data-driven. They’re built in human-readable JSON in the exposed and easy-to-access asset directory. That means it would be pretty simple for someone to use the structure to create their own Flashpoints. Or even a longer campaign. Which we don’t officially support, of course! But… just saying.

Thanks for the update @HBS_Kiva.

A pipeline for new story content (official and unofficial) is going to be excellent. I'm looking forward to it.


HBS_Kiva said:
you fight a patrol to clear a path to a base where your employer’s people are being held prisoner; you assault and capture the base, neutralizing its defenses and the lance guarding it; the prisoners are loaded into vehicles and you escort them to a pre-arranged extraction point, defending their convoy from the enemies that had captured them in the first place.
Click to expand...

So we have 3 submissions in your example. How many possible scenarios for Flashpoints will we have and what is the biggest number for submissions? What about rewards - are they only weapons/systems or can we get full mechs/parts? I wouldn't mind to play with Griffin GRF-4N or Black Knight BL-6-KNT a little more [:

Anyway, thank you for this dev diary, @HBS_Kiva

Yes please.
Expand signature
BATTLETECH Volunteer Moderator
"Il faut cultiver son jardin." Voltaire. Candide.
"If a man takes with him a mind full of sense he can carry nothing better..." Edda/Havamal.10
"Choose not to be harmed and you won't feel harmed. Don't feel harmed and you haven't been" Meditations 4.7 Marcus Aurelius
"But Time, as he grows older, teaches all things." Prometheus Bound.977 Aeschylus
Link: Havamal's Nerdery of the day

This sounds very cool. I am looking forward to experiencing this when it is completed .
Expand signature
"By destroying Clan Smoke Jaguar, the Star League taught all the Clans the true horrors of war as it is practiced in the Inner Sphere...Elite, vat born, bred for battle, Clan forces were defeated by the common Freeborn hardened veterans of the Inner Sphere. They are the TRUE MechWarriors." - Narrator: MechWarrior 3 - Ending

Edit: Here's a question: How does Flashpoints tie together with Career Mode and the original story? Can one play Flashpoints in Career Mode, or is it post-Kamea campaign content only? Because I for one would love Flashpoints in an open sandbox campaign (which is what I hope Career Mode will become).
Expand signature
BATTLETECH Volunteer Moderator - [link]
No job too tough, no fee too high!

Thanks for the update @HBS_Kiva.
Expand signature
Steam Profile https://steamcommunity.com/id/AnastielBR
​

Though, I should try my best to soldier on through such a BATTLETECH deluge of information. : )
Click to expand...

Though maybe there should be a month or more till the next one...
Expand signature
If you know the enemy and know yourself, you need not fear the result of a hundred battles ~ Sun Tzu
Join your fellow BATTLETECH gamers in a Tournament, IWS League, Friday Night Fights, Command Academy and BT Discord.

Sounds like fun. Im looking forward to the holidays now!

HBS_Kiva said:
...The other really exciting part of this new structure is that Flashpoints are all data-driven. They’re built in human-readable JSON in the exposed and easy-to-access asset directory. That means it would be pretty simple for someone to use the structure to create their own Flashpoints. Or even a longer campaign. Which we don’t officially support, of course! But… just saying.
Click to expand...

I just can not wait for all the Mech Goodness yet to come. : )
Expand signature
If you know the enemy and know yourself, you need not fear the result of a hundred battles ~ Sun Tzu
Join your fellow BATTLETECH gamers in a Tournament, IWS League, Friday Night Fights, Command Academy and BT Discord. 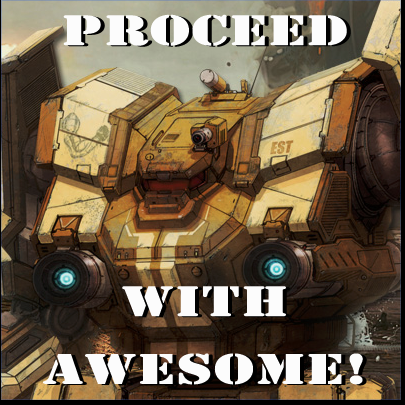 “Don’t worry about the world coming to an end today. It’s already tomorrow in Australia.”​

So, when can I finally pre-order this on GoG??!

So everything is programed in advance, as all experienced players found out.
The problem is bad.
For example reinforcements should not appear the first turn or second turn, or if you go to their spot (play long enough you will know in your sleep where and what to expect)
The missions should be random. Ok, maps are engineered. No problem.
But it is silly to not know the map beforehand.
You come in a spaceship and only find out which map after you land.
The idiot warning you to be careful about turrets after you already destroyed one of them 1 turn before him alerting you and much more.
And the fact that this game is by far not about tactics but about war of attrition. You must preserve armor against waves of overhwhelming numbers of enemies and more firepower. You cannot conduct highly advanced guerilla war tactics, assasination or stuff like that.
Passive sensors at least should be a thing for fast mechs to be used to backstab enemies. No, not ecm, mechs with no sensors activated are not detected unless an enemy with advanced sensors of their own.
Reinforcements should appear after an alarm has been soun (lets say after 3 rounds of combat with the involved mechs. If you kill them off quickly, no more reinforcements.
If you draw out a single enemy that investigates, and kill him off, others should not fire in the same round, but the next one. If he is dead by that time, no more firing or even noticing a friendly has died on the other side of the mountain.
...
Thank you for creating this game and the positive attitude towards 3rd party developers and their content, which in turn helps grow the community.
It is good you are importing some of these ideas into the core game.
Wish to you all the best

Also... maybe I should my mod to allow for custom encounters to be put on hold. Hmm. 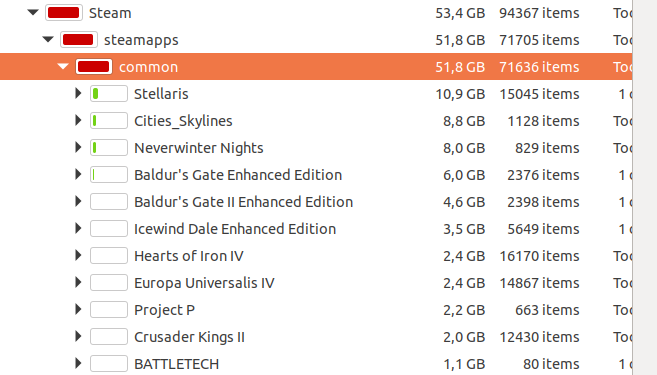 I need I just want you to release the game for Linux. please
Expand signature
Steam Profile https://steamcommunity.com/id/AnastielBR
​

Ah ha! I was right: Flashpoints are infrastructure for building campaign like content on the fly! Sure, the basic premise is a bit monster of the week, but conceivably all it takes is a bit of tag support (which has already been mentioned in relation to flashpoints) and you have scope to create both bespoke campaigns ala the Restoration, and organic "campaign storylines", where randomness and the interactions between tags and possibly factions reps, make the story feel like it's designed like the existing event system.

That also means this one tiny-item on its own may represent more content than most full games, depending on how many of these there are, and they are being explicitly designed to be expanded on.

Big question for me is going to be how much crew dialogue is there going to be. Ultimately that's going to be one element which might have the biggest impact in making this semi-procedural content feel really lived in, but it also potentially represents the element which requires the most work.
Expand signature
Proud to be Battletech Kickstarter backer number 405.

In it from the start and for the long haul.

This sounds great. I want to see how it handles branching results on mission end states. Like if you destroyed everything and reinforcements vs just the objective vs failure. You could whip up some very interesting flashpoint campaigns and have a strong modding community vetting and consolidating the best in to a flashpoint package.

Will these Flashpoints list the mission types involved ahead of time? Or will the later parts be dropped as surprises partway along?

Asking specifically because I'm not a fan of escorts/destroy convoy missions, and intentionally avoid those when they are offered.

This looks really great. I'm looking forward to tons of handcrafted campaigns. And I see a forum challenge to write our own Flashpoint coming!

Here's a quick question: Is it possible to jump right from the start into a specific Flashpoint? I mean there has to be a way for you guys to test these things. Could we use tis to write our own campaigns that maybe already star with a specific mech loadout and status of the Argo?

And since @emmasterakia asked for feedback for the format of these dev diaries last time, a bit of criticism. I do miss a couple things compared to what I'm used to from other Paradox Dev Diaries: