Jump to latest Follow Reply
Menu
Install the app
You are using an out of date browser. It may not display this or other websites correctly.
You should upgrade or use an alternative browser.
Crusader Kings III 15251 MP Open Beta Feedback 25 Bug Report 10253 Tech Support 1431 Multiplayer 126 User Mods 1426 AARs (After Action Reports) Suggestions 4177

The herald rides forth to make the announcement all have awaited. Court and commoners hold their breath in anticipation. Jealous rivals, thwarted in their plots, sulk in the shadows, for the glorious day is coming. Crusader Kings III, the heir to the crown of grand strategy gaming, will take its throne on September 1, 2020.

Now available for pre-order, Crusader Kings III is a medieval grand strategy role-playing game from Paradox Development Studio. Guide a royal dynasty through the centuries. Claim new lands through diplomacy and marriage, or use your armies to conquer your neighbors or unite a divided realm. When swords and seduction fail, however, spies and poison may still be effective.


Crusader Kings III is the sequel to one of the world’s most beloved strategy games. Rich with new historical content and character options, it has never been easier to wrap yourself in the ermine cloaks of power, writing your own story of castles, knights, crusades, and murder.

Features of Crusader Kings III include:

Can't wait for CK3. September 1 is around the corner. Sad for the people who have to start their fall semester

The game looks already so much bigger and better than CK2 with all the DLCs!

Full map looks impressive! Will it all be playable on day 1? 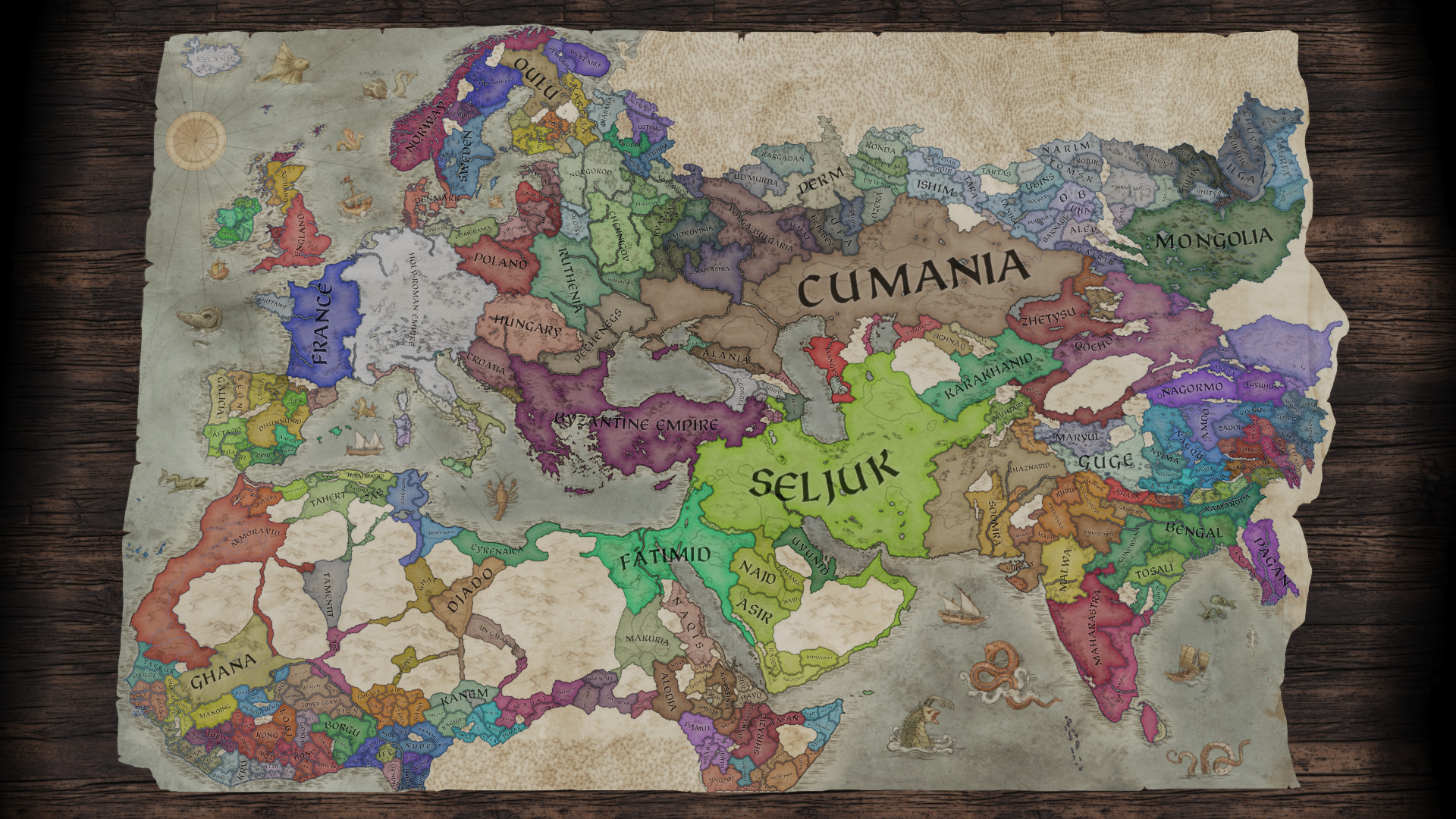 Can't wait until September.
Toggle signature
We need Chalcedonian Christianity in 867 A.D. instead of Catholic/Orthodox split for Crusader Kings III. Copy and paste this into your signature if you agree!

Please don't let me die of Covid before October.
Toggle signature
Only the dead have seen the end of war ~ Plato

risky month when Cp2077 is coming on 17th
Reactions:

And so it begins... another 2.5K+ hours down the drain...
Toggle signature
"The Nation that makes a great distinction between its scholars and its warriors will have its thinking done by cowards and its fighting done by fools."
-Thucydides
Reactions:

Monkbel said:
Full map looks impressive! Will it all be playable on day 1?
Click to expand...

Great. The price point of the royal edition is something that suprised me, I will definitely be getting that.
Reactions:

Zylathas said:
Great. The price point of the royal edition is something that suprised me, I will definitely be getting that.
Click to expand...

Agree.
Toggle signature
"Sad fragility of human things! What riches and treasures of art will remain forever buried beneath these ruins; how many distinguished men - artists, sovereigns, and warriors - are now forgotten!"
Reactions:

Lovely news. Best wishes to all the devs working from home to bring us a Super September!
Reactions:

Will this game avaible on GOG?
Reactions:

Wow!!! The wait is almost over!
Reactions:

Qhored said:
Will this game avaible on GOG?
Click to expand...