Cleared for Transfer and The Bucket Patch Notes

Menu
Install the app
You are using an out of date browser. It may not display this or other websites correctly.
You should upgrade or use an alternative browser.
Prison Architect 285 Campaign 1 Escape Mode 6 Modding 23 Suggestions 136 Support & Bug reports 792 Mobile 53

Today we celebrate the release of Cleared for Transfer and The Bucket update, introducing several new exciting mechanics, wall types, objects and much more to your game. Check out the patch notes below!

Cleared for Transfer:
With Cleared for Transfer, we introduce the idea that prisoners can now transfer between security sectors of your prison - you control the criteria or rules for prisoners to transfer. In order to create a ‘motivation’ for prisoners to transfer, you can also link and/or restrict privileges to individual security sectors. You can increase (or decrease) a security sector’s grade (e.g. Min Sec), by attaching privileges (such as Visitation), adding new objects, equipment, and facilities, and making regime changes (such as more Yard time).

Ultimately your aim should be to entice prisoners to want to transfer into a more comfortable or privileged sector, and then encourage them to change their ways in order to meet the criteria for transfer. 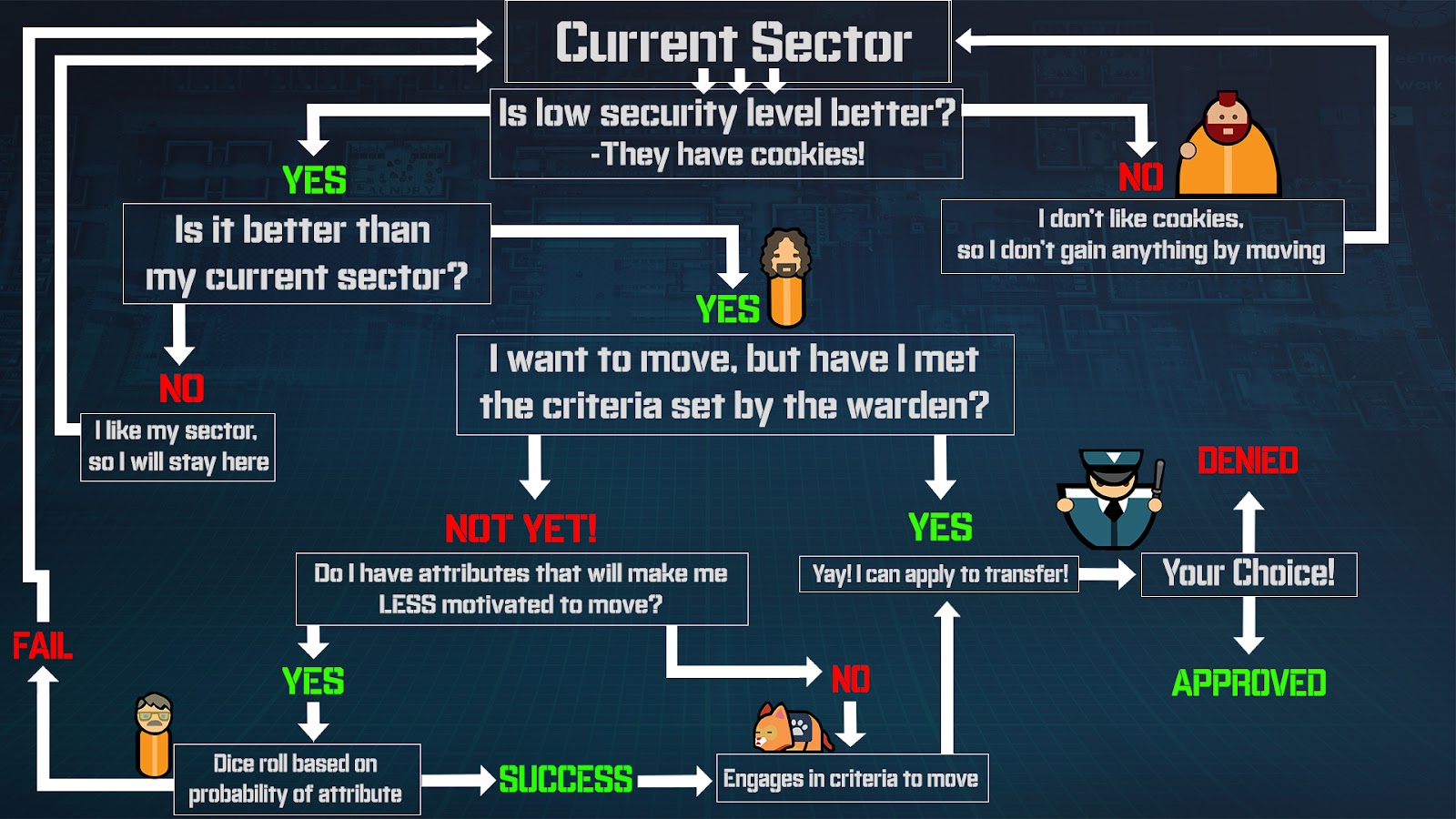 The game very lagging for the android version. Please assist me
A

Thanks for the update. Lots of quality of life features that I've missed in the past.

I've noticed a potential bug in the new "custom security sectors". It seems as no programs and no jobs can take place in a room assigned such a sector. I have encountered this both in the kitchen and workshop. I have set it to "min&med sec", prisoners were able to walk in to clean. But they would not participate in programs and not accept work bound to this room.
Show hidden low quality content
You must log in or register to reply here.
Share:
Facebook Twitter Reddit Tumblr WhatsApp Share Link
Top Bottom