Jump to latest Follow Reply
Menu
Install the app
You are using an out of date browser. It may not display this or other websites correctly.
You should upgrade or use an alternative browser.
Stellaris 43939 Bug Reports 23784 Suggestions 13903 Tech Support 2274 Multiplayer 339 User Mods 4208 Stellaris AAR (After Action Reports) Console edition 1005
C

Im on the xbox one x on the latest version with all the dlc. I almost always use the synthetic evolution ascension perk and never had a problem until this last playthrough which i started after the latest hotfix. After i modded my species to become fully synthetic i could no longer change my species living standard. It stays on transubstantiation synthesis which i believe is only for when that species is getting assimilated. But i tried to change it to social welfare and i did "change" in the fact that it made me wait 10 years to change it again. But it stayed on transubstantiation synthesis so i waited the 10 years and it did the same thing. I took this screenshot after the 2nd time i tried to change it. 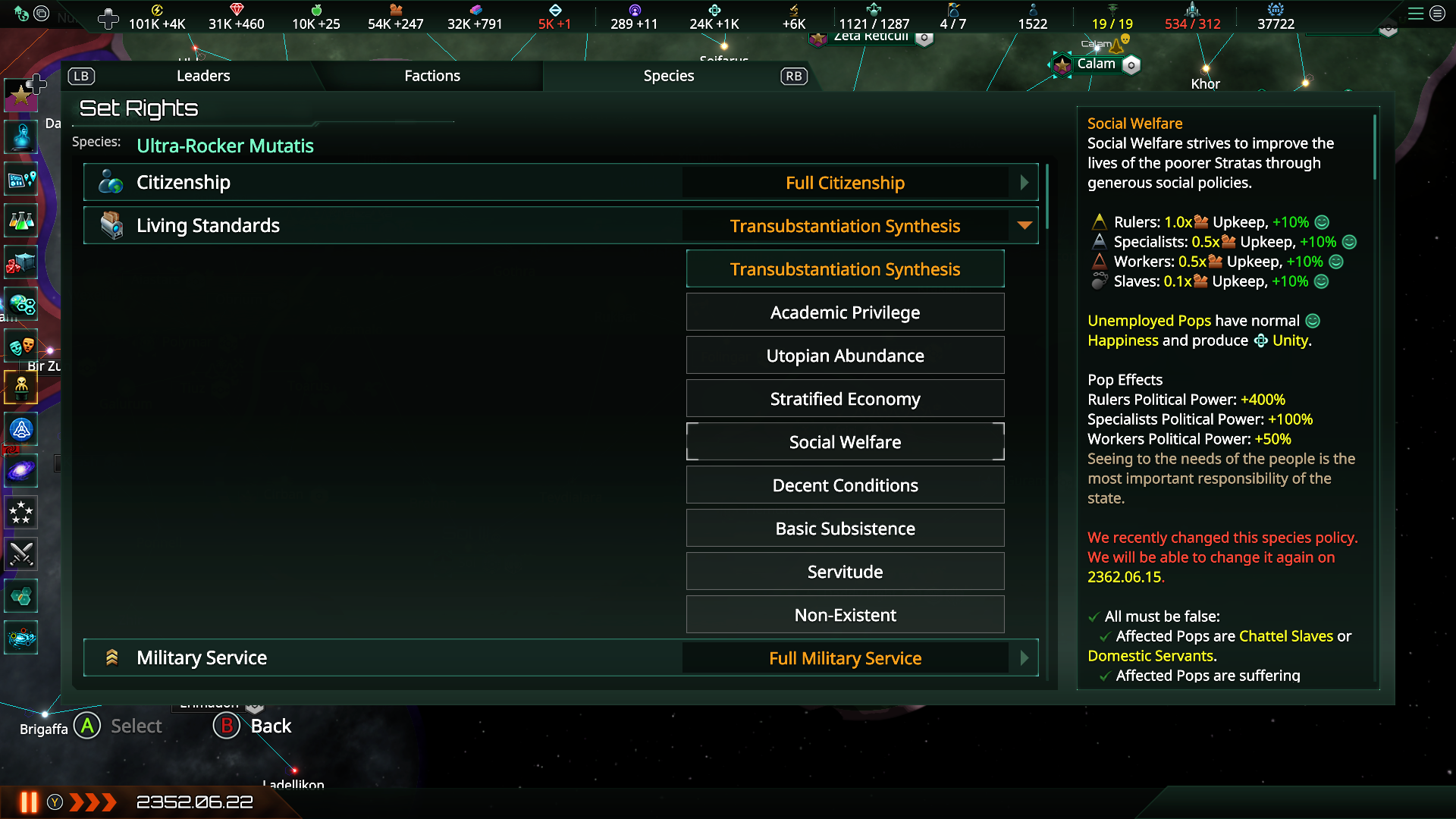