Every Paradox game has its own AAR-section - even betaversions of new games will inspire people to write about their deeds. So it shouldn't surprise you that the first Paradox Interactive Convention gets one of its own too. Since I'm the chosen One to represent the fanbase during the convention, it's my 'burden' to report back to you. Of course, after all the action: it's in the name after all.

In this topic, you are all able to make requests or ask questions I should ask during my stay. What do you want to know, what do you want to find out? I'm not promising anything, except that I'll do my best to find out as much as I can. You can only hope that I'll actually report my findings . For an overview of all the questions and requests made so far, click here.

Without further fuzz, I'll give you now the list of chapters, for your convenience:

Report 1: I managed to hack into a Paradox computer.
Report 2: I aquiered all the data.
Report 3: Footage from Johan's keyboard.​
I'll continue my quest for secret Paradox HQ footage in the OT forum, in the thread 'Spy photo's and film footage of Paradox HQ'.

I'll hope you'll all enjoy this AAR as much as I'll enjoy my stay in Stockholm, my visit to the Paradox Interactive Convention 2010 and all the crazy adventures I'll have in the Old Town. 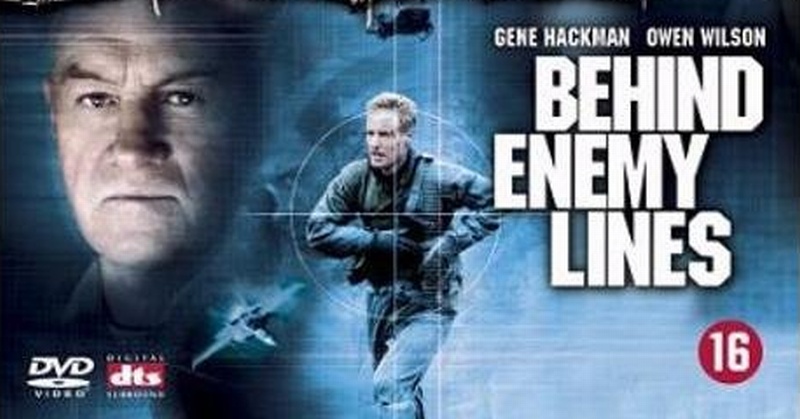 We will go Behind Enemy Lines, to find out what Paradox is up to.

Last edited: Feb 5, 2010
Expand signature
Me, Floris - A 'Mount & Blade: Warband' AAR: Floris IV of Holland enters Calradia, and tries to make the best of it. Winner of the AARland Choice AwAARds 2010 (Round 3) open category! 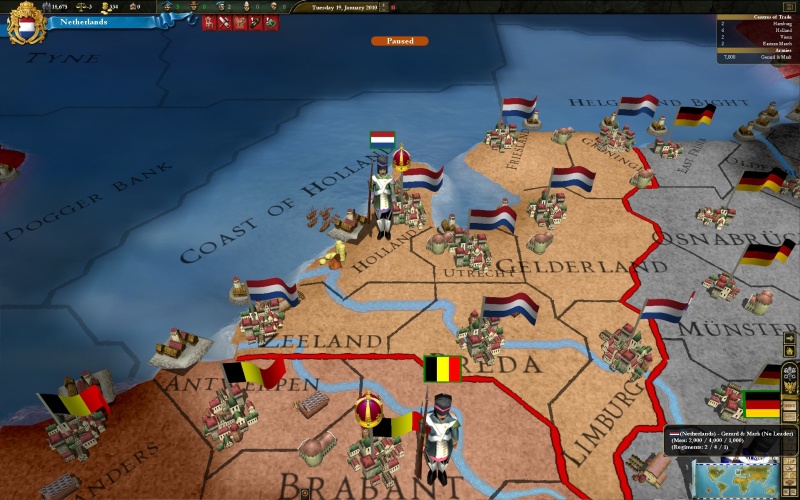 We are still in Amsterdam.

Ladies and gentlemen, welcome to this secret meeting. We have gathered here to prepare ourselves for the upcoming endeavor. As you all know there will be a closed convention in that far off Stockholm. It is closed for public, but we were able to find a back door: tomorrow we will go there and spy on all the secret stuff that will be discussed over there.

You will all wonder how we managed to gain access. Well, it all started almost two months ago, when Paradox Interactive announced that they would give away a free trip to their first Convention. All you had to do in order to get it, was to become fan of their facebook page.
Of course I became fan. Who wouldn't with such prospects? The deadline was on Saint Nicolas Day. Wouldn't it be great if the good saint himself would reward me with the grand price? But there were so many fans already: the chance was pretty slim to say the least. A lot of people were competing, and hoping for the price. 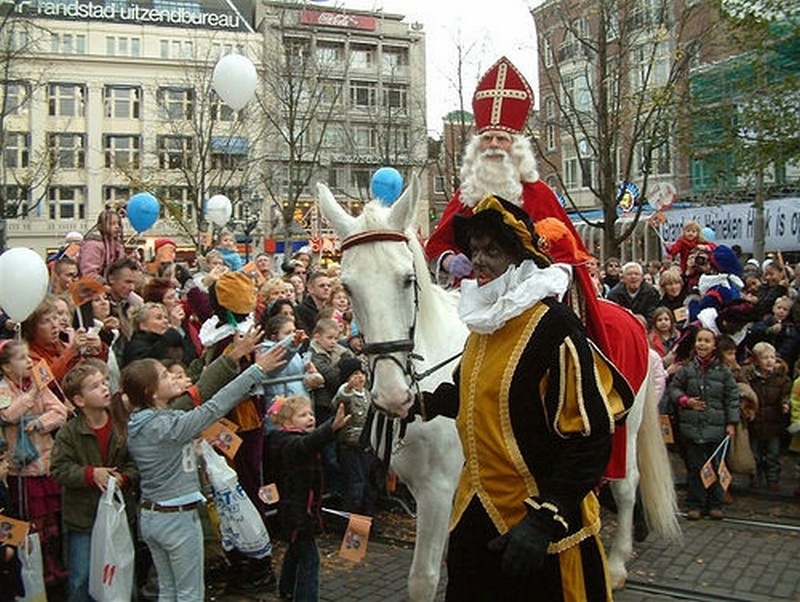 A lot of people were begging Sinterklaas - Saint Nicolas - for the trip to Stockholm.

For two weeks I heard nothing, so I guessed that neither did I win the grand price, nor any of the smaller ones available. Time flew by, and in the meantime my brother came home after being away for five months, both Christmas Days came peeking around the corner, I worked quite a lot extra and the year ended. It were some busy weeks, and I wasn't a lot home. So I didn't check my facebook page for two weeks.

The new year was quite young when I finally checked my facebook page again. Of course there were some new messages, what else is to be expected after a little while. But one carried a surprise... I had won! A few people had refused the price, some hadn't responded, and I was the first one to both responding and accepting the price. This was the best beginning of a new year ever.

There were a lot of things to be arranged. I had to pick a friend to take with me. My brother, an even more devout Paradox Player than I am, couldn't get the days off from work, and friends far away from me weren't allowed. My roommates couldn't come either, and a lot of friends were also busy. I'm glad Mark was able to come along.

Even though we will be prepared thoroughly, there are a lot of things we can't take with us. For example, we're not allowed to bring ice skates, canoe paddles, imitation explosives, wet batteries, Christmas crackers or energy weapons such as lasers. That last one was really too bad, since that hindered our invasion plans. Our AT-ST is thus not allowed to go to Stockholm. I guess I could arrange something for the weight, but the energy weapons that aren't allowed... Well, what is an AT-ST without the ability to shoot some incinerating heat? The forecast is that it will be cold over there, so I'll have to find another way to heat up the city. 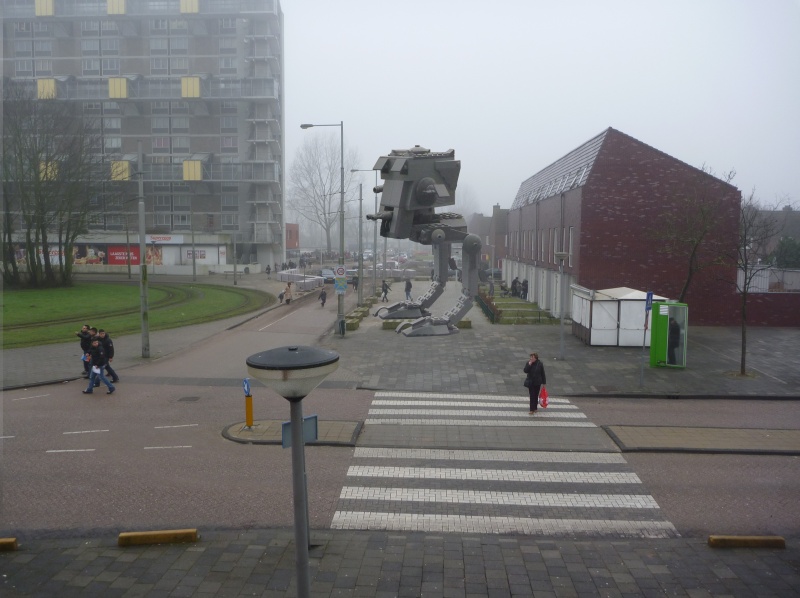 Our AT-ST will remain parked in Amsterdam. Too bad, since we could really use it to force the Paradox Staff into announcing certain titles.

The past week you all have helped us preparing for this secret mission. We have trained hard in the secret training camp, and you all gave us specific requests and questions to ask once there. We will of course try to do our best and gather as much intel as possible, but beware: it will be hard to get all of the requested information. Also, there are some doubts about the accuracy of the sketches made of the Paradox Staff. You can all see here how we think the Staff looks like. But I guess we might encounter entirely different looks. They are devious over there. 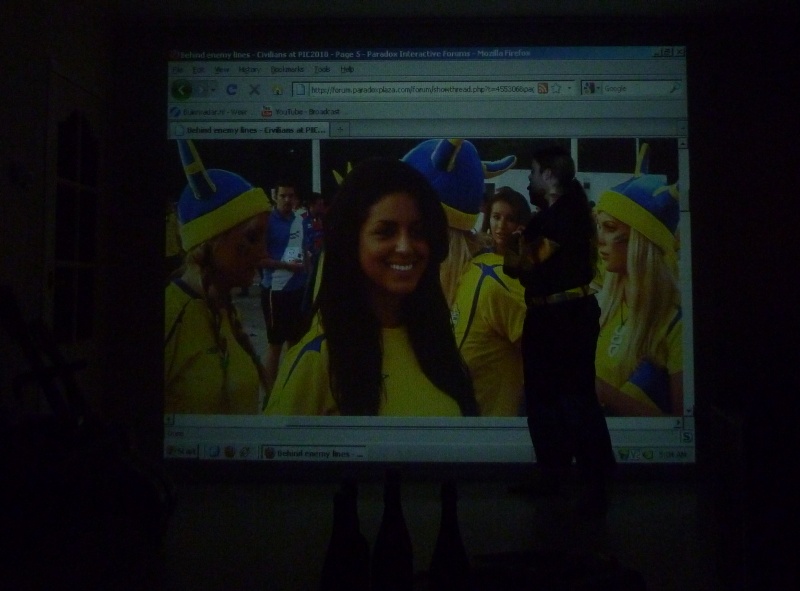 In our final briefing I show us how the community expects the Paradox Staff to look like. I do have my doubts, but still hope for the best.

This will conclude our final briefing. Tomorrow we will travel over the flat lands and the sea. We will ride the geese and the plane, we will find trains and other obstacles: in other words, we will have quite a trip ahead. I hope to give my first on-site report tomorrow. See you then. 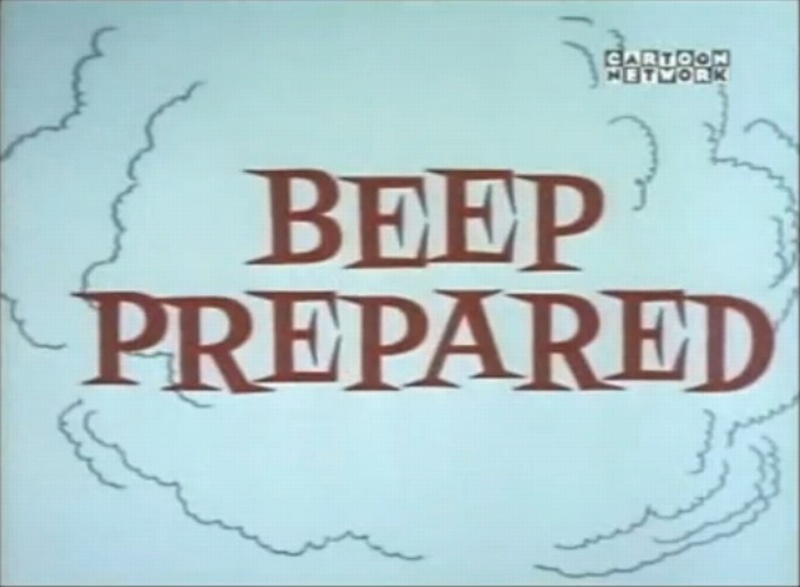 We need to Beep prepared for the trip, convention and the rest of our stay.

Expand signature
Me, Floris - A 'Mount & Blade: Warband' AAR: Floris IV of Holland enters Calradia, and tries to make the best of it. Winner of the AARland Choice AwAARds 2010 (Round 3) open category!

First member of the 200k club

May the Force be with you!

Good luck and Godspeed!
Expand signature
"What is a hen-teaser?"

"Coffee? What am I, some American who has no tea because he threw it into the ocean, and thus has to settle for coffee?"
- Volrath50

Thank you all! We're all set to go. And the strange thing is... I didn't make up those restrictions on what to take with us. The airplane company does say in their restrictions that you can't take energy weapons such as laser with you :wacko:.
Expand signature
Me, Floris - A 'Mount & Blade: Warband' AAR: Floris IV of Holland enters Calradia, and tries to make the best of it. Winner of the AARland Choice AwAARds 2010 (Round 3) open category!

The Quo lives​
When I use this color I am posting as a Moderator. If you want to discuss one of these posts, send me a PM, do not answer in public.

May the ForzA be with you!
Expand signature
Owner of a Imperial Socialist P Ribbon ●
Kaiserreich 1.7 Ten Year Anniversary Released!
Winner of Preussen 1825 with my Vereinigte Preussische Partei!
Winner of Britain 1950 with my Communist Party of Britain!
Winner of Denmark 1900 with my Tyskliberala Monarkistpartiet.
DId I mention Kaiserreich is out for HoI4?!!
A Town We Never Forget! My newest AAR
"We don't do marxistic historical games, where its mandatory that some countries will always fail." - Johan
Follow me on Twitter!
Biji Kurdistan!
​

Am looking forward to reading this, keep the updates coming!
Expand signature
But Eärendil climbed the green hill of Túna and found it bare; and he entered into the streets of Tirion, and they were empty; and his heart was heavy, for he feared that some evil had come even to the Blessed Realm. He walked in the deserted ways of Tirion, and the dust upon his raiment and his shoes was a dust of diamonds, and he shone and glistened as he climbed the long white stairs. --The Silmarillion

I am very happy that the guy who won is as good an AAR writer as you are...


*reads above statement, for it sounds odd*

*is too tired to change it to something better*

The Sultan of Swing

My advice is to DOW the Paradox staff and use the new "Force CKII" Peace option.

Just get CK2 released no matter what!
Expand signature
​

Thanks all! It's good to hear you like the beginning of this AAR. I'll try to keep this up, although I'll be from now on dependent on the availability of computers over there.

Anyway, in half an hour I'll leave: I hope to infiltrate later this evening Paradox HQ, and hopefully I'll be able to write down the next chapter somewhere after the pubmeeting.
Expand signature
Me, Floris - A 'Mount & Blade: Warband' AAR: Floris IV of Holland enters Calradia, and tries to make the best of it. Winner of the AARland Choice AwAARds 2010 (Round 3) open category!

Nice opening chapter!
Expand signature
"Chavez is leading his people into better future, after ages of explotation they have something to be happy about. Positive thing is also that he suport good causes all over south america and world too a sign of true greatnes." -Ivio
"Yes, Stalin said the same thing." -Tufto

"I think I'm going insane. I can like FEEL each second and minute passing and it's making me go insane because like I could be building skills in those minutes instead of making a forum post or listening to music or g-chatting with a colleague. I can feel it in my brain and in my body. It's terrible.[...]Anyone else have this?" -EFT
"Only when I read your posts." -trajan

"Even Tyrion can't save the acting of Missandei and Grey worm. Especially grey worm, who works with an emotional palette which makes Steven Seagal seem like an oscar winning actor."
-Daffius

The first paragraph made me want to play Civilization for some unknown reason.

We have landed savely, and are now surfing web in a dark bus on our way through the snowy forests around Stockholm. I'll try to report all our adventures with a loose window and scary airport security later this evening or night. Hold tight for the next chapter!
Expand signature
Me, Floris - A 'Mount & Blade: Warband' AAR: Floris IV of Holland enters Calradia, and tries to make the best of it. Winner of the AARland Choice AwAARds 2010 (Round 3) open category!

I can't talk much, because Paradox people are all around me. They are even behind me as we speak! I did manage to hack into a computer, but so far I haven't found a trace of Crusader Kings 2 yet. More computers will follow soon ...

--- End of Report ---
Expand signature
Me, Floris - A 'Mount & Blade: Warband' AAR: Floris IV of Holland enters Calradia, and tries to make the best of it. Winner of the AARland Choice AwAARds 2010 (Round 3) open category!