Greetings and welcome MechCommanders and Mechwarriors,

Comstar Public Relations is proud to announce the first ever Jerome Blake Memorial Tourney, in which the bravest Mechwarriors will compete against each other for the honour to be called "Friend of the Word".

The Tournament is open for 32 MechCommanders. Due to the nature of the tournament Comstar hopes that enough brave Commanders step forward and participate in this glorious battle.

1. Comstar is aware of the incredible work all the Mechtechs are doing to preserve the precious Mechs and keep them running and sometimes alter them, but for this tournament Comstar wants to reinstate the spirit of the designers and engineers of the past, therefore only Stock Mechs are allowed in the tournament.

2. Sometimes MechCommanders are forced to operate under not perfect circumstances, a pilot in the Sickbay or a non operable Mech, therefore each lance fielded in this Tournament may consist of 3 Mechs or 4 Mechs.


3. Because lance compositions should be balanced and adaptable for every situations only two Mechs of every Variant are allowed in the tournament lances. (example two LCT-1M and two LCT-1S are a viable option – three LCT-1V and one LCT-1M is not a viable option)

4. The Tournament is broken into two stages – a group stage and a bracket stage.

4a. In the group stage participants are put in groups of four Mechcommanders and battle in a round robin against each other. The top two Commanders proceed to the bracket stage.

4b. During the group stage Mechcommanders face each other two times for a total of six games in their group. The two Maps used for these encounters are The Red City and The Stacks.
Commanders have to face every opponent once on each map. Hosting duty for the first map will be decided by coin-flip by the tournament administrators. The looser of the first match will get Hosting duty for the second Match.

4c. The Battlevalue for the Round Robin will be 15 Million C-Bills. And every Mechcommander has to submit two fixed Lance-compositions (Mechchassis and Pilots) before the Tournament begins. Which of the two lances Commanders use in their matches is up to them.

4d. The bracket stage will be a double Elemination fought in Best-of-ones with a budget of 20 Million C-Bills on the fields of Still Valley.

5. The battles will always run on the last sofware update provided by the company Harebrained Schemes and no external Modification to this software is to be used.

7. All tournament matches will be played with a 90 second turn timer.

Rules regarding lance compositions may be subject to change if there are major rebalancing patches during the tournament.

After Signing up for the tournament on the Tournament software Challonge (https://challonge.com/tournaments/signup/TGs5RUsHxT) Comstar asks that contestents to reply here with a short message including Challonge Username, Forumname, IngameTag and if available their Username on the unofficial Battletech Discordserver.

Main source of Match coordination will be the message system on Challonge and private message in the official Forum.

If you have any questions, please feel free to send me a PM on the forums or on the Unofficial Battletech Discord.
Last edited: Jun 9, 2018

Consistency is the best kind of sistency
S

Comstar welcomes all the MechCommanders and thanks everybody for sharing their contact informations, we are still some postings short, but it is our hope that in the end everybody will leave a comment here on this message board!

Besides that Comstar Public-Relations is proud and happy to announce that already 16 brave MechCommanders have stepped forward to participate in the "Jerome Blake Memorial Tourney" and wishes everyone of these participants good luck and good hunting. But that also means there are still 16 spaces left for MechCommanders to join and fight in this tournament.

I'm in, hey you guys need someone to climb over on your way to victory right? 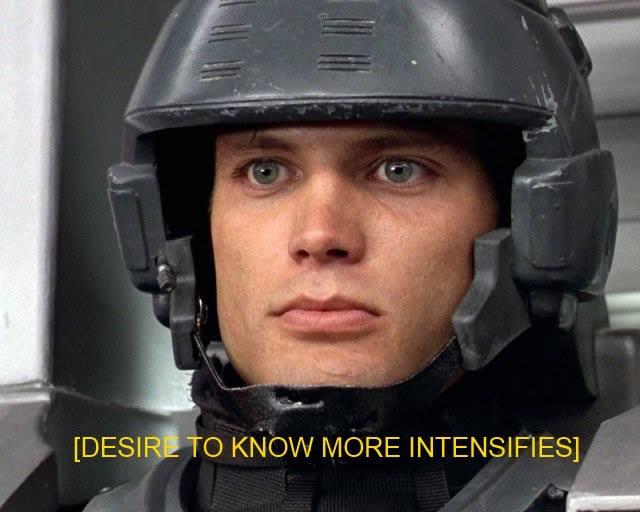 Expand signature
“All things are ready, if our mind be so.”

Update: 20 MechCommanders already signed up - 12 more can join and be part of it! If you are interested in some friendly PvP shenanigans this is your chance! And if it would be your first matches join the unofficial HBS Battletech Discord - https://discord.gg/kauJ67B to get started - get tipps and find matches!


Carry on Mechwarriors.
Expand signature
BATTLETECH Volunteer Moderator
"Il faut cultiver son jardin." Voltaire. Candide.
"If a man takes with him a mind full of sense he can carry nothing better..." Edda/Havamal.10
"Choose not to be harmed and you won't feel harmed. Don't feel harmed and you haven't been" Meditations 4.7 Marcus Aurelius
"But Time, as he grows older, teaches all things." Prometheus Bound.977 Aeschylus
Link: Havamal's Nerdery of the day
W

The Word approves of this.

Update - added rule 7:
7. All tournament matches will be played with a 90 second turn timer.

We are up to 21 participants and would still love to welcome more MechCommanders. If you are interested in some friendly PvP shenanigans this is your chance! And if it would be your first matches join the unofficial HBS Battletech Discord - https://discord.gg/kauJ67B to get started - get tipps and find matches!

If there is still space, I would be happy to participate.