In Europe, the Internationale's New Year offensive has successfully defeated the Austrian Empire which it is poised to continue into Hungry. The Russian Army has been almost completely smashed in a series of encirclements in Europe and attrition in Asia. The German army remains potent but split between the Asian and European fronts leaving what it has along the Oder river insufficient to resist the coming spring offensive. The remnants of the Danish Core under Field Marshal von Leeb continue to resist Internationale attacks forcing Paris to divert the Spanish army, having completed its liberation of Portugal, to Denmark. 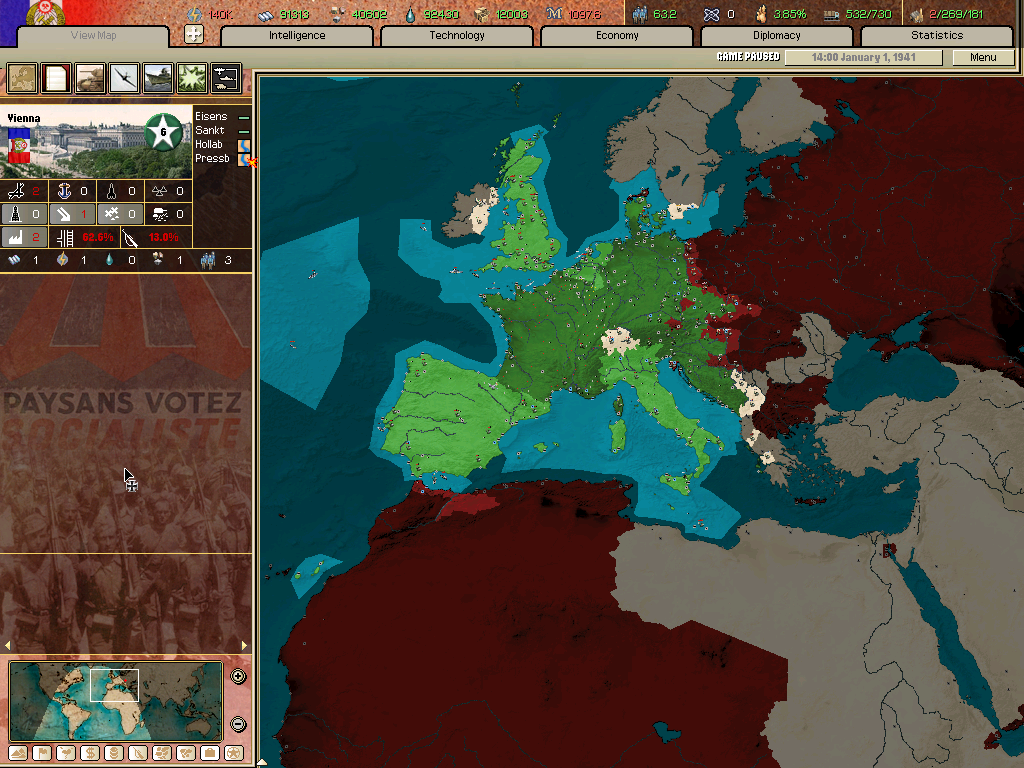 In East Asia, while Japan has been driven out of Korea and Bejing, it continues to resist attempts to push it out of China entirely, fighting effectively on both Qing and AOG fronts. The declining commitment of the European Imperialists due to the European front seems to have offset Japan's disadvantages in declining manpower and relative industrial inferiority. A new amphibious landing along the AOG's coast may herald the beginning of German interests in China, and should it fall, allow Japan to concentrate its forces on the Qing Front. For all its losses, the Japanese army has survived as an effective fighting force, unlike Russia. 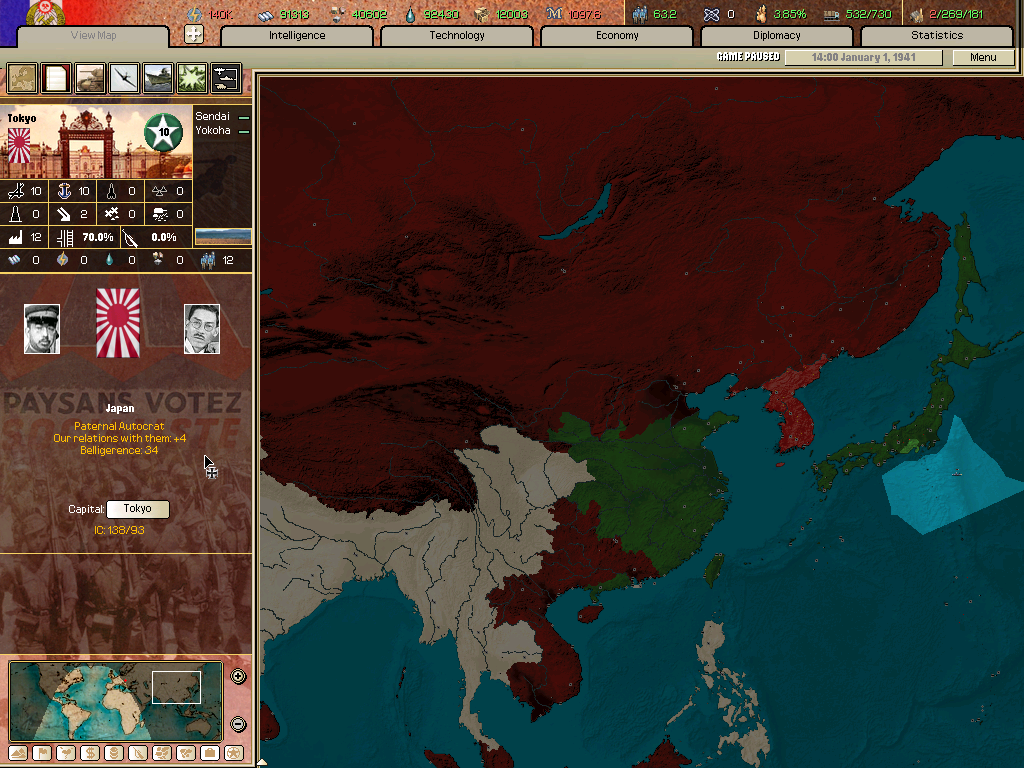 In North America, the CSA has thus far managed to frustrate PSA-Canadian attempts at a rapid knockout blow but at the same time has been unable to bring its industrial weight to bear in an effective way. The CSA army, while steadily growing, remains too small to match the needs of the theatre compared to the larger Entente forces. That said, the sheer size of North America has allowed the CSA to maintain an effective frontline for the time being. 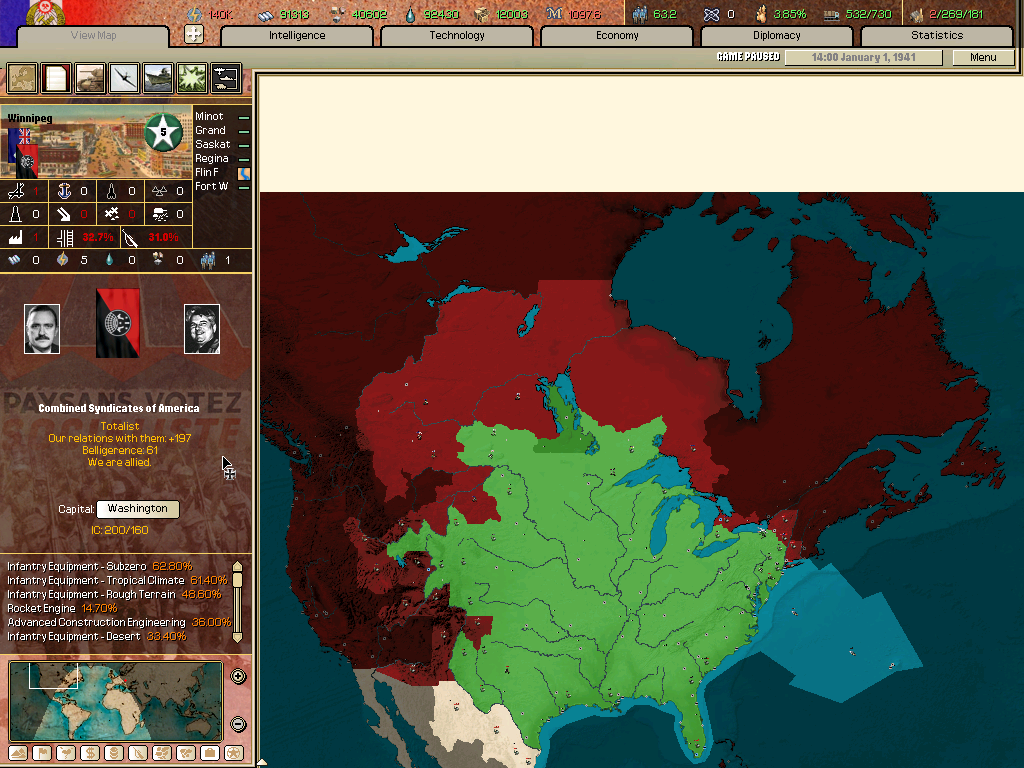 Calculta has thus far survived the Entente onslaught and maintain a relatively large fighting force but it remains to be seen if it will manage to survive. 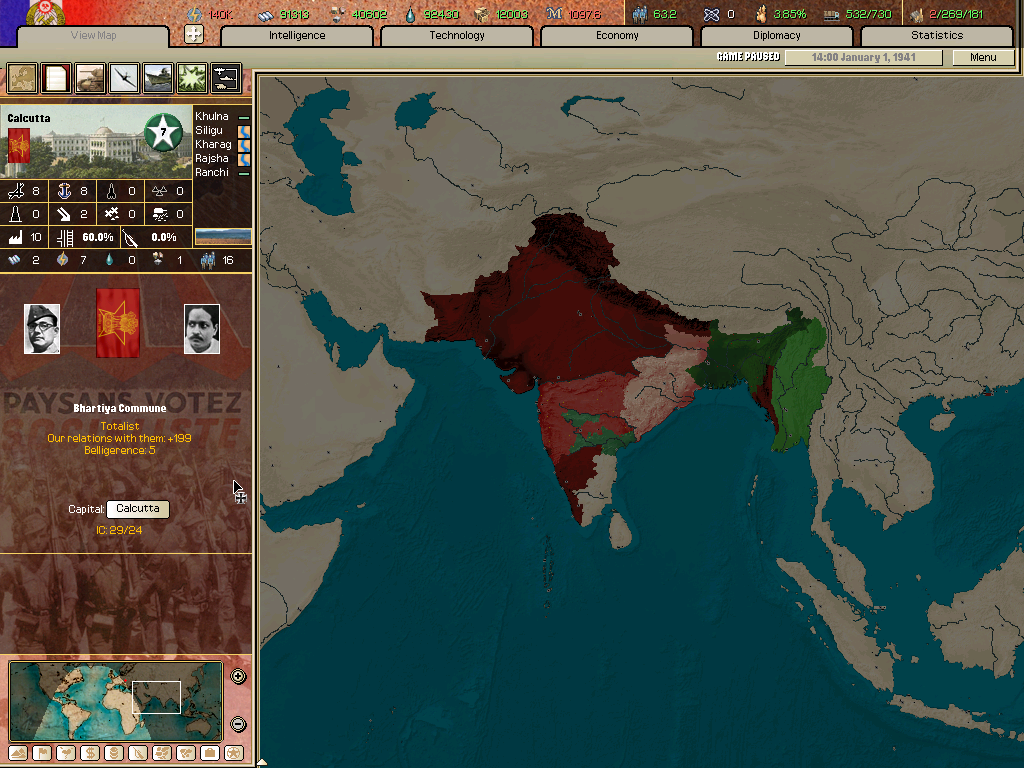 Meanwhile, the Ottoman Empire (neutral in the European War) seems to be winding down the war in the Middle East. 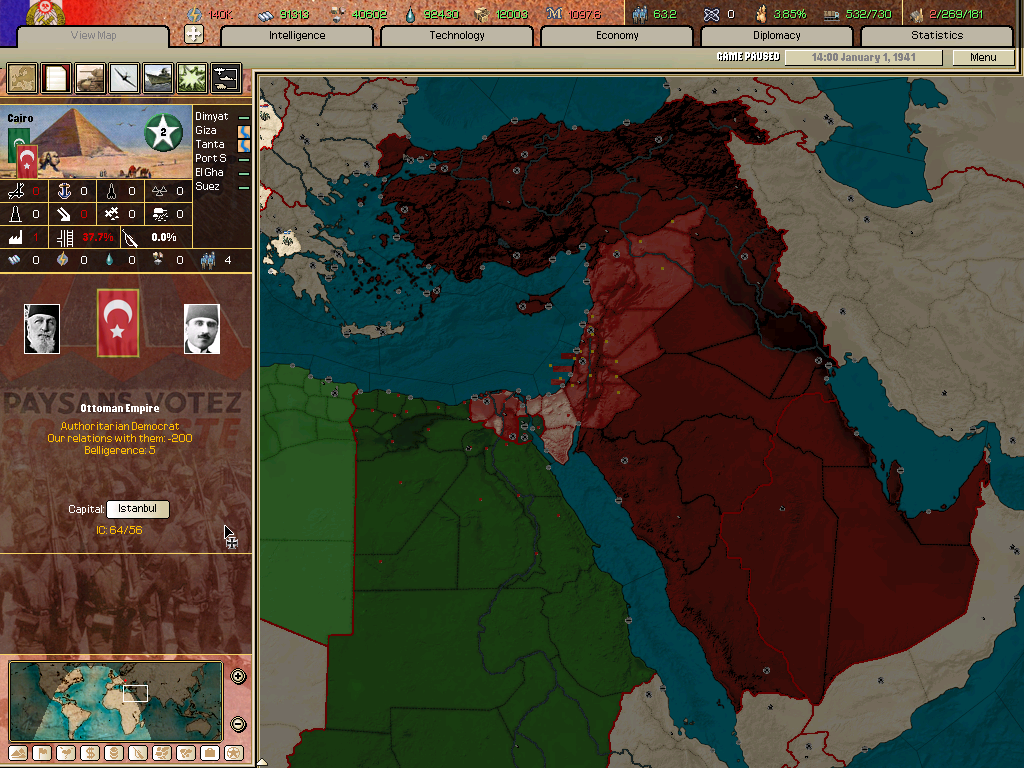 mad_otter said:
There are three ways to achieve victory in the east.
Usually, you have to capture Leningrad, Moscow, Stalingrad and Baku. If Stalin leaves Moscow you also have to capture Sverdlovsk (or Vladivostok).
There is a second path that triggers when you are at peace with the US and UK, so only on one front, and you have captured 35% of their territory and have an overwhelming advantage in numbers of division. This one seems to be your case while looking at the screenshots.
The third way is using nukes if you're curious.

The event in question :

That's the thing; I am at war with the UK. Not US; Pearl has not triggered at this point. Thank you for posting the triggers.

It was the same with France; I went through Sedan and straight for Paris. Never managed to capture Brussels, before France gave up and the armistice set in.

Did not assault many other places as well, except for the Netherlands, but not so much of Belgium.