Apart from Aquatics trait nothing seems to stand out in the new pack.

Jump to latest Follow Reply
Menu
Install the app
You are using an out of date browser. It may not display this or other websites correctly.
You should upgrade or use an alternative browser.
Stellaris 44653 Bug Reports 24389 Suggestions 14450 Tech Support 2361 Multiplayer 345 User Mods 4258 Stellaris AAR (After Action Reports) Console edition 1035
T

you get 3 100% habitat colonies and 36 building slots and at least 50 districts.

The Dragon origin is pretty cool and unique...
Reactions:

It's a cosmetic pack. The main stuff is the new portraits. It also adds a few new things, but it's not supposed to be game-changing - it adds some (very welcome) diversity to your galaxies.
If you don't appreciate that diversity, then yeah there's very little reason to buy this pack.
Reactions:

Ocean Paradise is designed for you to use Hydrocentric and mine those frozen worlds to increase your capital planet size
Reactions:
A

What about the new design for space ship's and stations? Isn't that something?
Of you do not like it don't buy it.
Toggle signature

Then don't buy it. 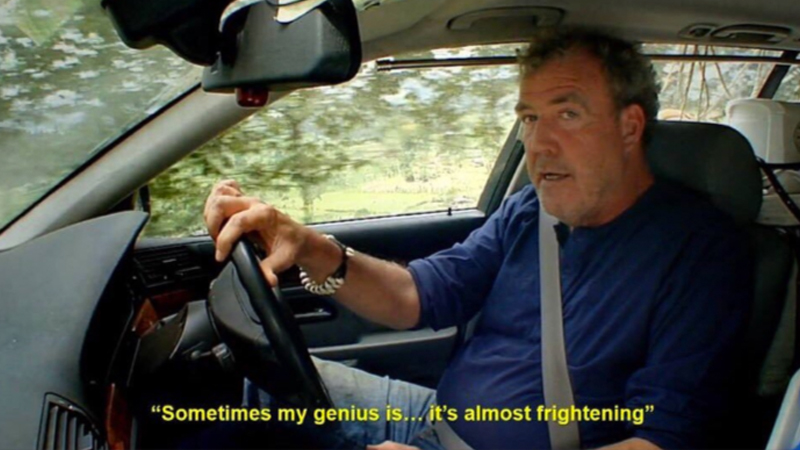 The portraits are really amazing. They're worth the price alone, in my opinion.

And I think for a species pack, they've added a fair bit. New Origins, a new Colossus weapon, a new Ascension Perk.

I think it's great.
Reactions:

Hmm a portrait pack doesn't have the most game changing content.
Curious indeed. I almost wonder if the focus is maybe somewhere else, in the DLC.
Reactions:

The ship set is among the best they've ever created and the portraits are top-notch, too. That's the main reason aquatics is here. The flavor stuff is a welcome addition, but you should be comparing it to other species packs like Humanoids or Necroids, not the story packs like Synthetic Dawn or the expansions like Federations.
Reactions:

Given that Lithoids and Necroids were also species packs that provided ground-breaking new ways to play the game, I think it's a fair complaint. Paradox brought this comparison upon themselves, ultimately.
Reactions:

Tobasco da Gama said:
Given that Lithoids and Necroids were also species packs that provided ground-breaking new ways to play the game, I think it's a fair complaint. Paradox brought this comparison upon themselves, ultimately.
Click to expand...

And humanoids and plantoids did not...
Reactions:

New civic for xenophobes is pretty cool. Yeah, the new pearl civic isn't really strong, but why not to peek it for RP? I like new ships, city sets and most of the portraits.
I also think that the new ocean origin is too weak. I think that the perfect solution would be to give 2 habitable planets but make them continental. In that way, you would suffer from not aquatic planet penalties, but would still have some expanding options.
Toggle signature
My suggestions: Addition of mini-profile backgrounds to Steam | UI improvements | Add unused OST | More empire colours | Relics Trade| DLC with buildings skins

Lykus Cerebros said:
And humanoids and plantoids did not...
Click to expand...

Until 3.1 added features to them because Paradox felt it was necessary. Again, they've set the expectation now that species packs will come with interesting and useful build options. It's entirely fair to judge Aquatics based on that expectation.
Reactions:
A

My biggest issue with the pack is the pricing. The base price is the same as a story pack yet doesn't add the same amount of content as one.
Reactions:
F

They can have my money, more variety in a galaxy is really welcome in my opinion.
Reactions:

Cosmetic packs have always been and are always going to be proportionally quite expensive. As I understand and as I think has been conveyed by devs in the past, this is mostly due to the disproportionate cost and time involved in creating and rigging the 3D ship sets. In my opinion, giving the ships moving turrets was a mistake, and we could have lived with lasers being fired from static weapon nodes or something, but we also kind of have to deal with it now.

Story packs are proportionally very content heavy because it's mostly just content design stuff, which is relatively labour efficient to do.

I mean, initially the cosmetic packs didn't have content at all. That's why the humanoids species pack got a revamp to add content retrospectively, because it launched as a purely cosmetic pack for about the same cost as the aquatics species pack did today.

Personally, I think cosmetics are valuable. They add a lot of immersion and variety to the experience and represent a lot of work by skilled people. If you don't care about stuff like that and only want stuff that's going to meaningfully affect the gameplay experience, it's fine not to buy cosmetic-heavy content. It is optional.

Ocean Paradise is considerably better than life seeded. I don't think it's going to be super meta, but it's a funny little roleplaying origin.

Okay, I did some testing and er.. 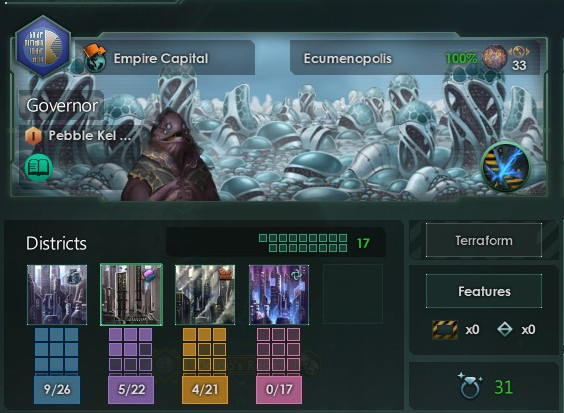 Pretty sure someone could find a broken use for this.
Last edited: Nov 23, 2021
Reactions:

Anglers civic could be better (that pearl divers...)
Dragon is cute
Shipset is shinny
Oceanic world, i think it is better than lifeseed in many ways, for starter wet worlds are ok, and it is easier to terraform into oceanic. Also importin ice is cool.
Portraits ok.
Terraforming colosus is ok.

If Anglers was a bit better, that would be inspiring.
Or maybe if Nihilistic Acqusition was buffed with slave output and extra naval cap that would be some pirate theme.
Maybe some other civic, but if there is no idea then do not force it.
Reactions:
T

evilcat said:
Anglers civic could be better (that pearl divers...)
Dragon is cute
Shipset is shinny
Oceanic world, i think it is better than lifeseed in many ways, for starter wet worlds are ok, and it is easier to terraform into oceanic. Also importin ice is cool.
Portraits ok.
Terraforming colosus is ok.

If Anglers was a bit better, that would be inspiring.
Or maybe if Nihilistic Acqusition was buffed with slave output and extra naval cap that would be some pirate theme.
Maybe some other civic, but if there is no idea then do not force it.
Click to expand...

While Ocean Paradise is better than Life seeded its worse than say Aquatic Lost Colony which means it's not that good.

Paradox is giving players a false impression that Tall is viable, it isn't and Origins like Ocean Paradise help push that which is not good.
Reactions:

Ocean Paradise sounds OK to me, not especially powerful but not totally useless: losing your guaranteed habitables is a downside, certainly, but it's mild compared to losing your guaranteed habitables *and* having a cursed climate preference on your main species, like what happens with Life-Seeded and Shattered Ring. Also you start inside a nebula, which is pretty cool. You will eventually find more wet worlds to colonize. The planetary modifier could do with a buff (Colonial Spirit is indeed quite a bit better overall, which is weird) but I think the overall concept is fine.

On the wider point that "tall is bad", I agree (with the partial exception of Rogue Servitors), but I don't think banishing homeworld-focused origins from the game would solve anything there.

The Aquatic trait on the other hand, I find a little disappointing to be honest. It's not bad but I don't think it's especially worth hyping either.
- The production bonus on energy/minerals/food is nice if you actually use it, but having such a trait on your primary species is situational, given you'll often have slaves, robots or a secondary species to do menial jobs; contrast with, say, +5% specialist output, which will pretty much always be useful.
- Habitability bonus on your favourite biome is good on the guaranteed habitables (if you have any!) but starts to feels like overkill soon after, unless you also take Nonadaptive or something.
- The housing bonus could be good if stacked with other modifiers, but honestly I don't find lack of housing space to be a real issue outside of Habitats (where Aquatic doesn't even apply).
Then there is the fact that the trait doesn't apply at all on what are "ideal" environments for other bio pops, i.e. Gaia, Ecumenopolis and Ringworld (and also Hive World?). By design it seems to be a trait that gives a decent benefit early on but decays to near-irrelevance or even a minor nuisance in the mid-game.

It's supposedly refreshed in the mid-game by Hydrocentric, but honestly by the time you are terraforming planets, the actual bonuses granted by Aquatic are not that significant and you're mainly just coping with your species' eccentricities rather than making strong planets; it compares unfavourably to having a completely generic mix of species and just spamming Gaias with World Shaper, itself a fairly mediocre AP. The deluge Colossus is a nice meme when playing a genocidal empire, but with anyone else I don't think I would use it much, since it's better to make use of conquered pops if you can.
Last edited: Nov 24, 2021
Show hidden low quality content
You must log in or register to reply here.
Share:
Facebook Twitter Reddit Tumblr WhatsApp Share Link
Top Bottom