ORDERS CLARIFICATION​
Since there seems to be some confusion, I wanted to clarify how orders work:

• Every player can perform one order per turn.
• Character movement and transferring Wealth to/from a character/treasury are free orders and don't count against this limit. However, a character cannot move and perform another non-free order on the same turn.
• Armies are tied to characters: If a character raises 5 army units, those units will be wherever that character's Home Base is.
• I generally frown on players trying to wage war in their first few turns. I won't outright disallow it since we've had some pre-game time (and I kind of want to test the military rules out anyway), but don't expect to just quickly grab a few provinces like this is a video game or something.
Expand signature
Medieval RPG Resident Old-Timer​

Rules for taxation/strain is retroactively reduced to x5 instead of x10 (only affects my personal orders).
Rules for order roll/results will be modified for the coming turn.

The following players are booted for inactivity:

Mixtel​
The following players will be booted if they do not post by the end of this turn:

The following players are booted for inactivity:

RULE CHANGES​
Economic Rewrite:
• "Holdings" have been redone. There are now Noble (i.e., player-owned), Common, & Church Holdings. The value of a holding represents population, prosperity, etc.
• A Holdings' Value acts as income every turn. This represents all of the income, so expect some resistance when trying to raise taxes.
• A Holding can be "raided" (literally or just collecting a major one-off tax), reducing its Value by one in exchange for a big one-time collection.

IMPORTANT POST​
All players should read and respond to this post in the OOC thread.
Expand signature
Medieval RPG Resident Old-Timer​

PLAYER FEEDBACK REQUESTED​
This turn is temporarily on hold while I wait for player feedback on this post. Hopefully this will only delay things by a few days, and in-character actions are still strongly encouraged in the mean time.
Expand signature
Medieval RPG Resident Old-Timer​ 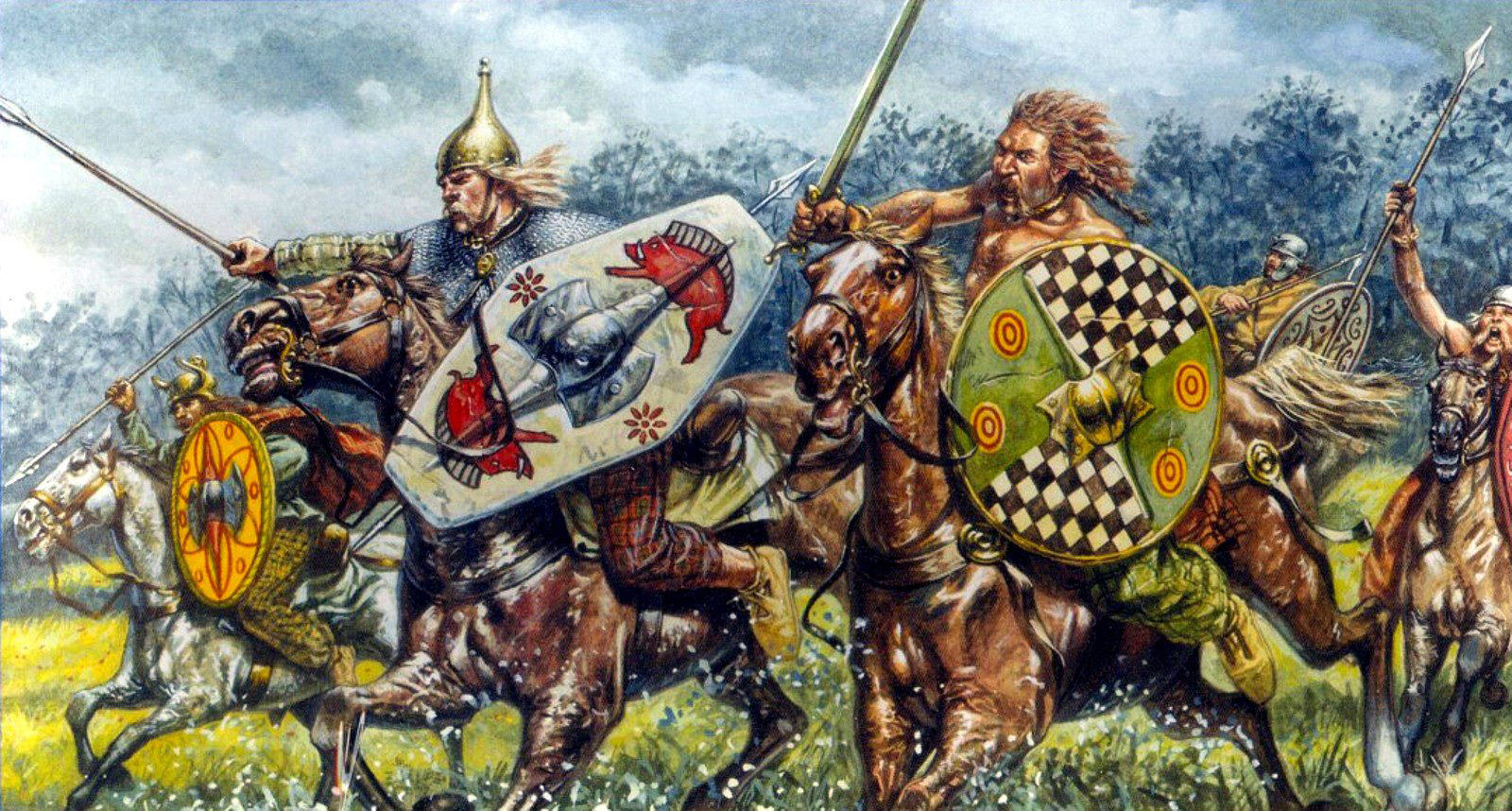 The unification of the Saxon kingdoms was Æthelbald's greatest achievement, but just as notable was his subjugation of the rest of Britain. While the surrounding tribes were allowed to maintain a degree of independence, they were forced to pay tribute and bow before their Saxon overlords, and attempts to forge unified kingdoms like the Saxons had were swiftly crushed.

This all ended with the death of Æthelbald. The tribes feared him specifically, not his countrymen, and had been planning for this day for a long time. The Welsh tribes silently stopped paying their tribute, but a true threat came in the form of Áed the White, King of Dál Riata. While others had rebelled openly or simply waited, Áed had carefully spent decades building loyalty among the northern tribes: He had all but made a puppet out of Alt Clut —Strathclyde as it was known to the Saxons — and the fragmented Picts were quick to rally around a figure that promised them vengeance for a generation of forced tribute. The moment Æthelbald's death was confirmed, the north was suddenly unified and seeking retribution.

And so, shortly after the Saxon king's death, news arrived on the eve of his successor's coronation: Multiple armies were gathering to the north, and they were all aiming to invade England.​
​
Expand signature
Medieval RPG Resident Old-Timer​

A note: This turn's orders are due on Thursday. Keep in mind the rules changes that were made, and feel free to ask in the OOC thread if you have any questions.
Expand signature
Medieval RPG Resident Old-Timer​

Merry Christmas everyone (or equivalent holiday )! Due to the holidays keeping me busier than I expected, this next turn will be delayed until Thursday.
Expand signature
Medieval RPG Resident Old-Timer​

1) I updated the orders rules slightly, mostly to make things a little more clear/simple. The basics are still the same, though.

2) Turns will now take place at the end (GMT) of Monday and Friday: The three-turns-a-week thing was just a little too much on my end. Orders' initial modifiers will be upped slightly to make up for the slightly slower pace.

3) Next turn will have an event to increase players' Stability: The kingdom unifies because it's threatened, and the initial numbers were a little low before activity picked up.

4) Next turn will also see some of the initial armies popping up — just a few tribes that are jumping the gun to raid ahead of the main force for now, but the main forces will be coming shortly afterward. Have fun!
Expand signature
Medieval RPG Resident Old-Timer​

Turn delayed until Friday just because only half our players actually submitted orders, and even some of those are a little old. Again, there have been some rule changes, and everyone should check in the OOC thread: If you have any questions about how the rules work, now's the time to ask.
Expand signature
Medieval RPG Resident Old-Timer​

MINOR RULE CHANGES​
You can now spend/move/etc. Wealth in your Treasury freely. This replaces the previous rules where characters had to carry Wealth with them and other mechanics that were just causing confusion.
Expand signature
Medieval RPG Resident Old-Timer​