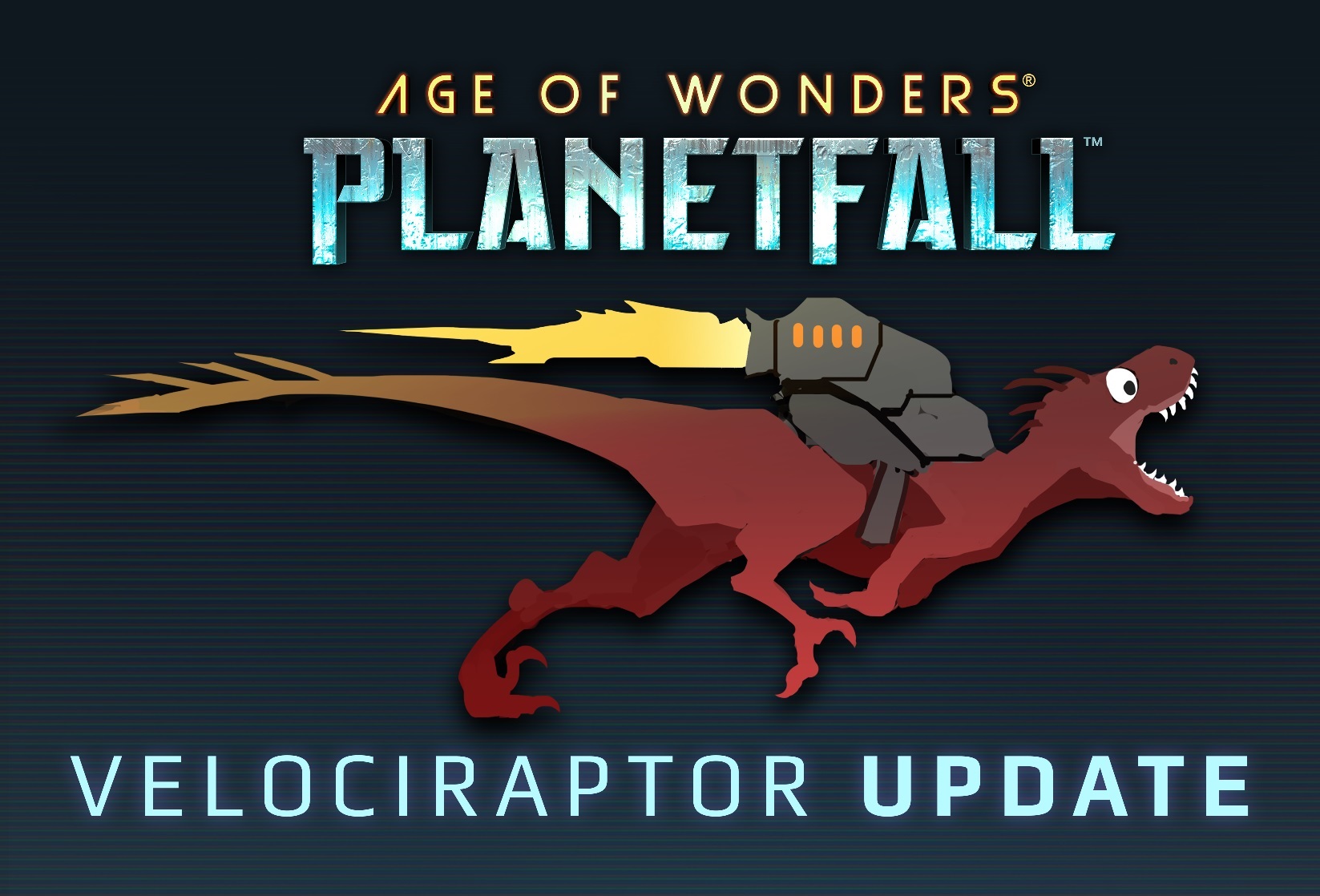 
Patch v1.004 also known as the Velociraptor, is available and ready to be updated on Steam, GoG and PDX.


We have decided to name our substantial updates after dinosaurs in honor of the Amazon beasts. We’ll try to reflect the updates’ focus in the choice of dino. This time around we decided to go for the Velociraptor due to its speed and size; which reflects this patch perfectly! It features a variety of fixes and quality of life improvements!

Disclaimer: Note that new text entries are English only at the moment; localization will follow shortly. This update is still in the works for PS4 and Xbox One.

Thanks for all the feedback! Many of these changes were a result of all the comments and reports provided.

For any remaining issues please report them to:
https://forum.paradoxplaza.com/forum/index.php?forums/age-of-wonders-planetfall-bug-reports.1056/

Correction: The update should be on the PDX launcher and GoG in about 15 minutes. Steam is already live!

That was fast, like some sort of speedy saurus.

Can you make a mid setting for the fast combat, so we can choose from medium fast & extra fast?
Expand signature
I make theory and guide videos about Planetfall at Direfrost Lair: https://www.youtube.com/channel/UCVqPCv0kkB4mdRPrISRXZiA

Triumph Studios, Y'all kicking ass. If anyone is stuck on a pre v1.004 install I recommend spamming the right click button when enemies are taking their turns. Only took me 20 hours to figure that out. Awesome game, only problem is more of the Kir'ko elites should have 32 movement

Can we have a reset camera option in tactical combat like the one in strategic map? Id love to have a button to reset default angle and zoom while in battle, after changing it.
Expand signature
I make theory and guide videos about Planetfall at Direfrost Lair: https://www.youtube.com/channel/UCVqPCv0kkB4mdRPrISRXZiA

I can't thank you enough for this update. Much appreciated!
Expand signature
“At the center of your being
you have the answer;
you know who you are
and you know what you want.”

PLEASE the BETAS also for MP games ...
Thanks

14.8
so 4th or 5th update at the BETA BRANCH
really PLEASE unlock them for MP games.