Menu
Install the app
You are using an out of date browser. It may not display this or other websites correctly.
You should upgrade or use an alternative browser.
Age of Wonders: Planetfall 1542 Bug reports 1567 Suggestions 531 User Mods 84 AoW: Planetfall: News and Updates Archive 41 Multiplayer 53
Show only dev responses

Hello everybody! Today I’m here to tell you about one of the free improvements that is coming with the Stegosaurus patch in November: Capturable Imperial Defenses.


Imperial Defenses are remnants of Star Union weapons systems which have malfunctioned and started to randomly target nearby armies. You’ve probably seen them already, next to valuable landmarks triggering special effects for all combats in their sectors: 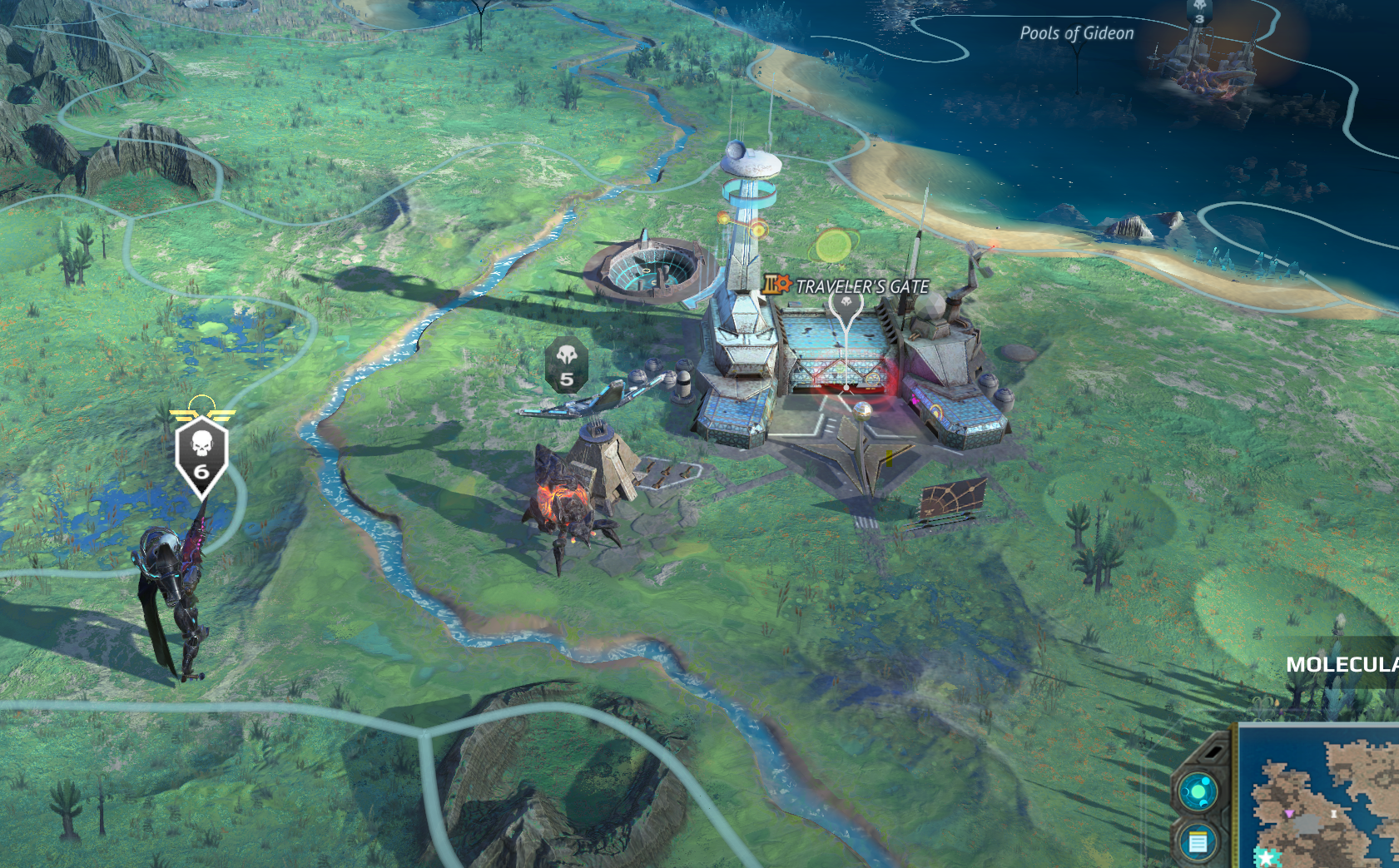 The Quartzite here have infested an Orbital Defense Uplink, if we were to try and attack the nearby Starport, then it would bombard us with missiles in combat, making it considerably more difficult.

In the current version of the game, the solution is to kill the Quartzite army and take the Uplink, doing this will destroy the Uplink and remove the effect. After the Stegosaurus patch however, you will be able to capture the Uplink and begin to use it for your own purposes! 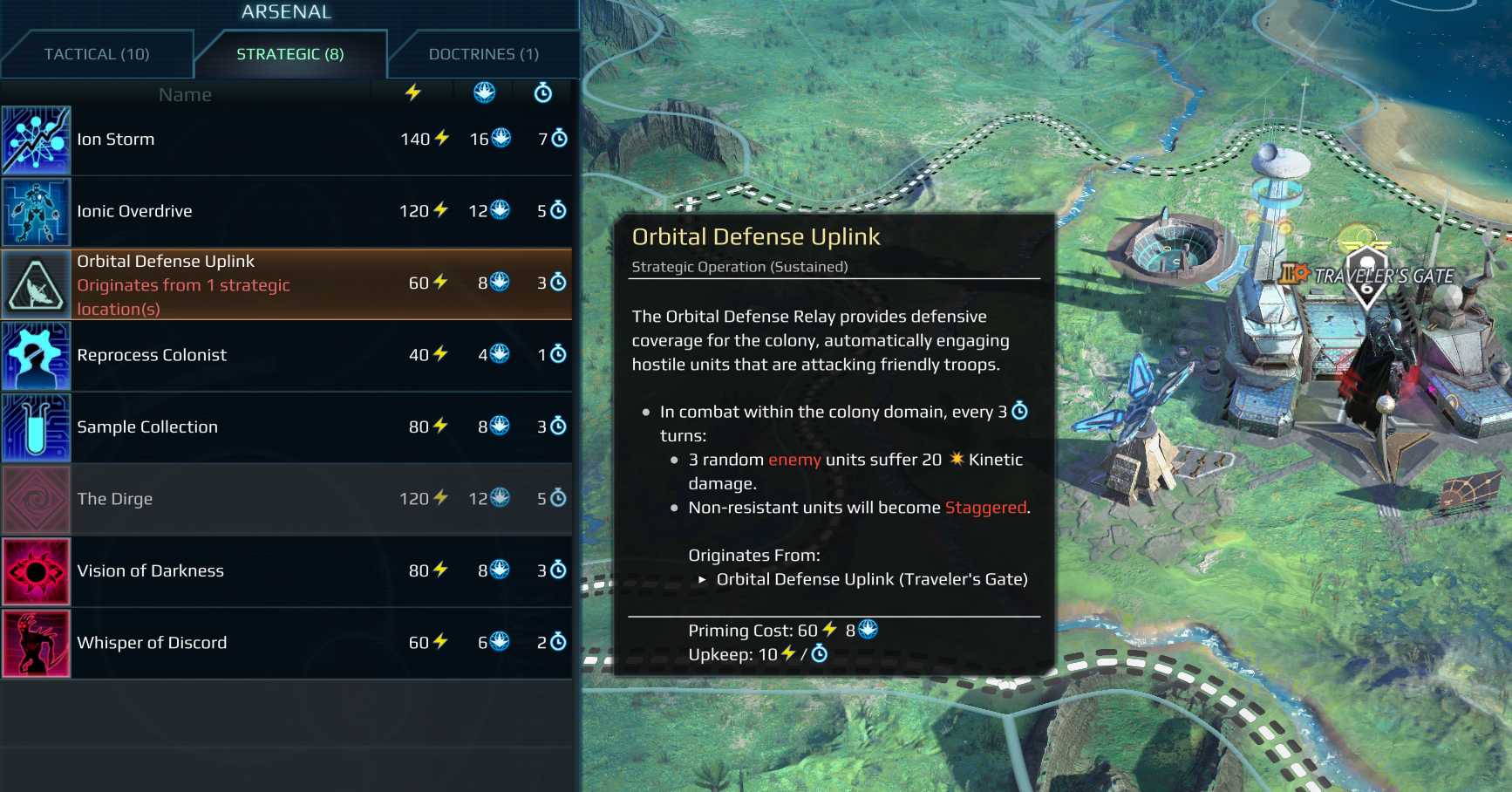 Here, we have captured the Starport bringing the sector under our control, and we now have a new operation we can use to defend our own colonies! We can use the operation on as many colonies as we wish too, we don’t need one uplink per colony or anything like that. Of course, the enemy could always capture our Uplink and raze it, which would cancel all of those operations and leave us vulnerable. Captured Imperial Defenses to gain a small garrison to keep them safe, but it might still be a good idea to post an army nearby!


The base game contains 7 imperial defenses, such as the Pulse Defense Turret, Shroud Generator and Aerial Denial System, all of which are ready for you to capture and start making use of.


The upcoming Revelations expansion will be adding 3 more! 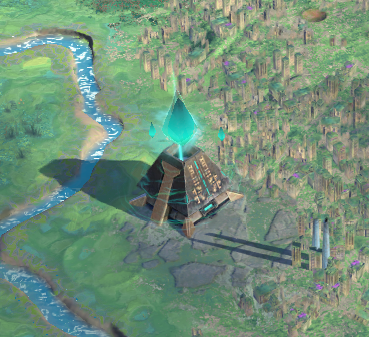 The Soul Beacon drains the energy of attackers and transfers it to your own units, boosting their attack power 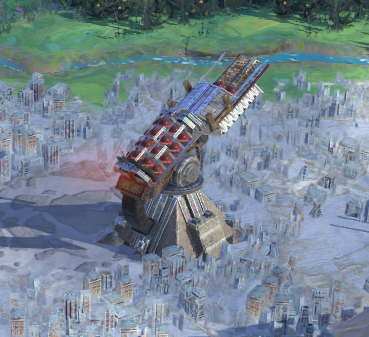 The Cluster Mine Launcher drops mines over the map, damaging enemies who move over them 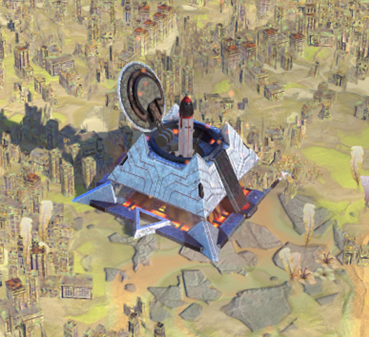 Thanks for reading, and we’ll have more news for you next week!

Hard to spot these among all the other stickies.

Having important locations to hold away from cities should add interesting strategic considerations.

Gotta send Seal Team 6 to take out them emplacements first before the main attack starts. 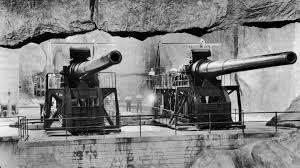 Great, with each addition and DD i want to play the game more and more. Good to see the game is progressing so much and being even better
Toggle signature
Still waiting for Runemaster

So holding just one let's you apply the buff to any colony? Sounds pretty good then. Can these operations stack? If so I could see it making it a nightmare to take frontline cities with enough defensive operations running.

This is great. Not only very moddable (can you say... demon spawning gate? ) but also raises some interesting questions for the future.
As in, will each Secret Tech have its own unique buildable defences at some point or will operations which provide defences per colony be localized on the map(imagine a void barrier generator spawning) ?
Might minor factions gain such unique defences(growth entangle mines, Autonom network boosters, Paragon orbital strike installations, etc)?

I like this, males Landmarks even better strategic interest.

By razing the improvement, it means it's no more? it can't be repaired?

And other thing more pressing concerns like, if I take over the imperial defense and successfully annex the sector it's inside, would be the imperial defense continue to look decrepit or do I put in the repair work to clean the place up and give all the skeletons surrounding it a proper burial?

It'd reflect really badly upon the morale of my soldiers if I just ignored all those dead skeletons around the defenses. They'll see them everyday and again and again and get demoralized.

A production error temporarily let me play with imperial defenses earlier this month, and I'm curious if Operation Scrambler will make it to the intended release unchanged.

"No operations for opponents" is very strong when fighting AI, who never fail to note an opportunity to make use of their tactical ops. And I expect it's plenty powerful defending against players. I can easily imagine weaker effects (increased operation points cost, energy cost, or both) replacing the Scramblers' current effect.

I'm afraid that the cleanup crews have yet to be implemented, so you'll have to step over the skeletons while you fine tune your orbital death cannon.

does it mean, that if i capture this site, it will actualy shoot my enemy during the landmark fight?
that will make capturing landmakrs much easier >D
Toggle signature
Feel my fingers in your wound while my eyes ascend the gloom
Questions wasting all my time - I see your eyes detesting mine
Sick of a life you never had, in dead motion, you look so sad
I could care less if I'd like - I let you go into the night
R

Oooooh, I like this. More defenses mean longer games and I love the endgame versatility.


Lyesmyth said:
does it mean, that if i capture this site, it will actualy shoot my enemy during the landmark fight?
that will make capturing landmakrs much easier >D
Click to expand...

Considering that the Imperial Defenses grant you Operations that can be activated in your colonies, that'd be a no.

Tombles said:
If the site is razed, then you can rebuild it! It costs you some 100 energy and 1 or 2 turns.

I'm afraid that the cleanup crews have yet to be implemented, so you'll have to step over the skeletons while you fine tune your orbital death cannon.
Click to expand...

Understood. Thank you very much for the helpful reply.

Round_Dice said:
Oooooh, I like this. More defenses mean longer games and I love the endgame versatility.


Considering that the Imperial Defenses grant you Operations that can be activated in your colonies, that'd be a no.
Click to expand...

My experience with accidental preview was that the structure would help against the landmark, but only if the player parks at least 1 unit on it. Otherwise, it reverted to marauders. Once the sector was captured it passively gave its effect to the owner within the sector, as well as unlocking the operation to apply the effect to colony domains.

I would expect some changes by release - in particular the bit where not camping on it causes the defense to reactivate. Made for a nasty surprise in a landmark fight.