It's my pleasure to post this diary from Michiel van den Bos, the musician responsible for the soundtracks of nearly all Triumph's games. The Planetfall tracks, that range from understated, enchanting and melancholic pieces to ripping industrial action bring to life the worlds of the Star Union, both on the world map and in combat. I think its among Michiel's best work. Included is a 5 minute preview of an 2 hours+ original sound track. - Lennart 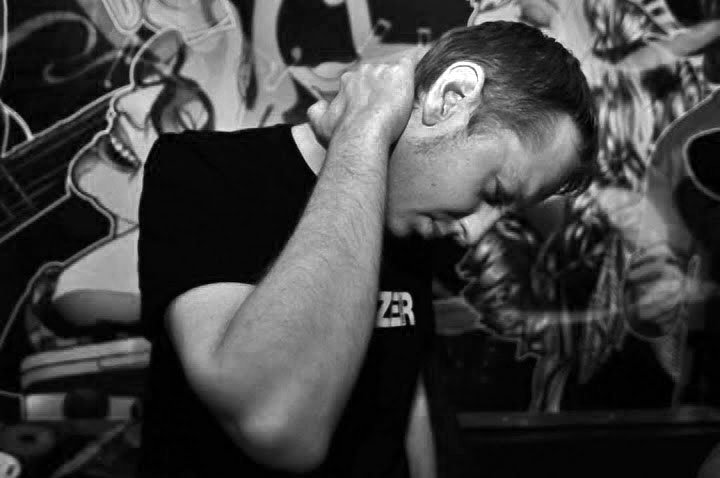 Here we are again. This time, I had to wrap my head around leaving the regular fantasy setting I've been working in for all these years and expanding the soundscape to futuristic proportions. This provided a lot of room for experimentation, which I was too careful with in the early stages of development. As time went on it all settled in nicely. In this clip you'll hear nine outtakes that cover part of the spectrum, but there's a whole lot more to be discovered in the game as you play through it.


In order of appearance:


So, there you have about 6 minutes worth of soundtrack that spans more than two hours in the game itself and will be expanded upon over time. I hope you enjoy listening to it, because I certainly had a blast making it. Plenty of surprises and experimental detours are to be discovered. There aren't any remakes from older AoW installments but there are subtle hints here and there that some may pick up on.

Enjoy and thank you for all the nice feedback I've gotten in the meantime!

Celestium's start sure reminds me of AoW1's title screen, but I don't think I heard any other hints in there. I quite loved the 8 minutes of AoW3 music medley you put out when that was in development, this has somewhat sharper transitions between snippets.

I'm now curious, is the trailer music also from the game itself or are they separate pieces?

Nice. All seem fitting March of the Machines marches quite nicely and I'm really curious about the combat themes now, with Mass Infestation sounding pretty cool.

Sounds like an Age of Wonders to me. And so it should
G

Nice sounds like Age of wonders indeed! Since I played many hundreds of hours of the Age of wonders series always with music on I must say I appreciated the music. But since half the game is played in battles I got very tired of the hectic battle music, which is always the same short hectic piece repeating. I hope you will improve that in this game. Please make several battle music pieces! Preferably some that ads to the setting of the current battleground or enemies you are facing.

Excellent. Great music as always. The themes are varied yet all have the feeling and spirit of the game. If there are special themes for each race i really want to hear them. But what would be the spoilers in the action pieces?
Expand signature
Still waiting for Runemaster

"I'm now curious, is the trailer music also from the game itself or are they separate pieces?"

Yes I'd like to know too ! Because this trailer music is wonderful.

Once again, reminds me why I recently put most of AOW3 and AOW2's songs on my default playlist. Love it!

So happy the soundtrack comes with the premium/deluxe editions.
Expand signature
Friendship is mandatory. Violators will be hugged.

Just awesome stuff. I'm actually happy there aren't any remakes from the previous games. New setting, so new songs and this still feels so much Age of Wondersey, the Terraformer bit would have worked in the old fantasy setting just as well, for instance.

All these snippets are just great, Mass Infestation is probably my favourite piece here.

*sigh* wish you'd release all of the soundtrack already

scotvince said:
"I'm now curious, is the trailer music also from the game itself or are they separate pieces?"

The (great) trailer music is not part of the game soundtrack and not made by Michiel. .
As a general note: the game has some 80ties references and is humorous in places. This trailer amplifies these elements.
Expand signature
Lennart Sas
Director Planetfall, Managing Director, Co-founder @ Triumph Studios
Planetfall Development Diary List
Follow me @ Twitter

listens to March of the Machines and Mass Infestation.

Assembly with either Psynumbra or Promethean secret tech, as a bunch of both literal and metaphorical metalheads. Why didn't I think of it before?
Expand signature
"A wise enemy is better than a foolish friend." -Arab proverb

Great music for the ears and soul - thank you

The music of AoW3 was amazing and a very good sign of what is to come. Personal highlights are the main theme of AoW3 and the combat theme 'Battle Macabre'.

Althought the track in the trailer is not part of the OST, as stated by Lennart above, may I ask what the name of the song is and if it is available on streaming services or for download? I really dig it.

LennartGS said:
As a general note: the game has some 80ties references and is humorous in places. This trailer amplifies these elements.
Click to expand...

That's not good to read.

The trailer and this Jack Gelder thing made me immediately think about Star-Lord and the Gardians of the Galaxy. I can't say I'm happy with it: we already have too much bad humor in every Marvel/DC/other movies and TV-series, even when the world's at stakes. I don't talk about ironic cynic punchlines ala Vin Diesel, I really mean some tedious humor.

Is it really necessary? Alpha Centaury (SMAC) didn't have openly humor, the game was more ominous and frightening in everything it showed of the future: you could feel the atmosphere. Here, we have the ruins of an empire, it brings memories of Fondation by Asimov or other sci-fi works, we can almost see all those civilizations whose cities lies in dust, even forgotten: Sumer, Assyria, Babylon, the Akkadians, the Hittites... You think that someone awakening from cryosleep to discover everything he knew is now ruins would joke? No: Taylor (Charlton Heston) didn't joke when he found the remains of the Statue of Liberty, he was knocked out by grief. As were probably the engineers and architects who came to rebuild Stalingrad ans so many towns till Aleppo these days.
Sometimes, sci-fi means epic, contemplative, reflective on mankind his future and his past...and not some comedy supported by a music coming from Kung Fury.

Same with 80s references. Enough!
I sometimes wonder why this collective nostalgia. I lived through the 80s, loved them, know all their music and references but...it was 30 years ago! Can't we just turn the page? And what does it have to do with the story of this game?
So, please: the less 80s and the less humor the better: sometimes, they are not cool.