Hi, after last week’s New Year update here is the first proper Planetfall Development Diary of 2019. We’ll be taking a look at the Autonom NPC Faction! NPCs are minor factions that provide player-vs-environment objectives. You can choose to interact with then diplomatically or go to war with them. Read about the mechanics in a previous journal here:

The Robots providing emergency services within the Empire were run by the Conscientious Omnipresent Regency Engine CORE, but when it faltered during the Collapse they relied on internal backup processors. In the centuries since then, these robots have linked up and developed into a new collective of sentient beings. They called themselves the Autonom.

The Autonom have Laser and Kinetic Weapon Groups. They are all about form connections to buff individual units. They seek to build a large peer to peer network of autonomous entities

The Autnom are a bit Retro-droid in their design, visually they are distinct from other Imperial units in they use lots of round shapes. They are very easy to identify. They all float or fly. Metals and Paint Looks worn since they have been active and moving around since the fall of the Empire. The Autonom share flickering lights in a consistent the amount indicates its intelligence / network capabilities. i.e. Golem = single light, Network Controller = lots of lights. Here are some images from their conceptualization. 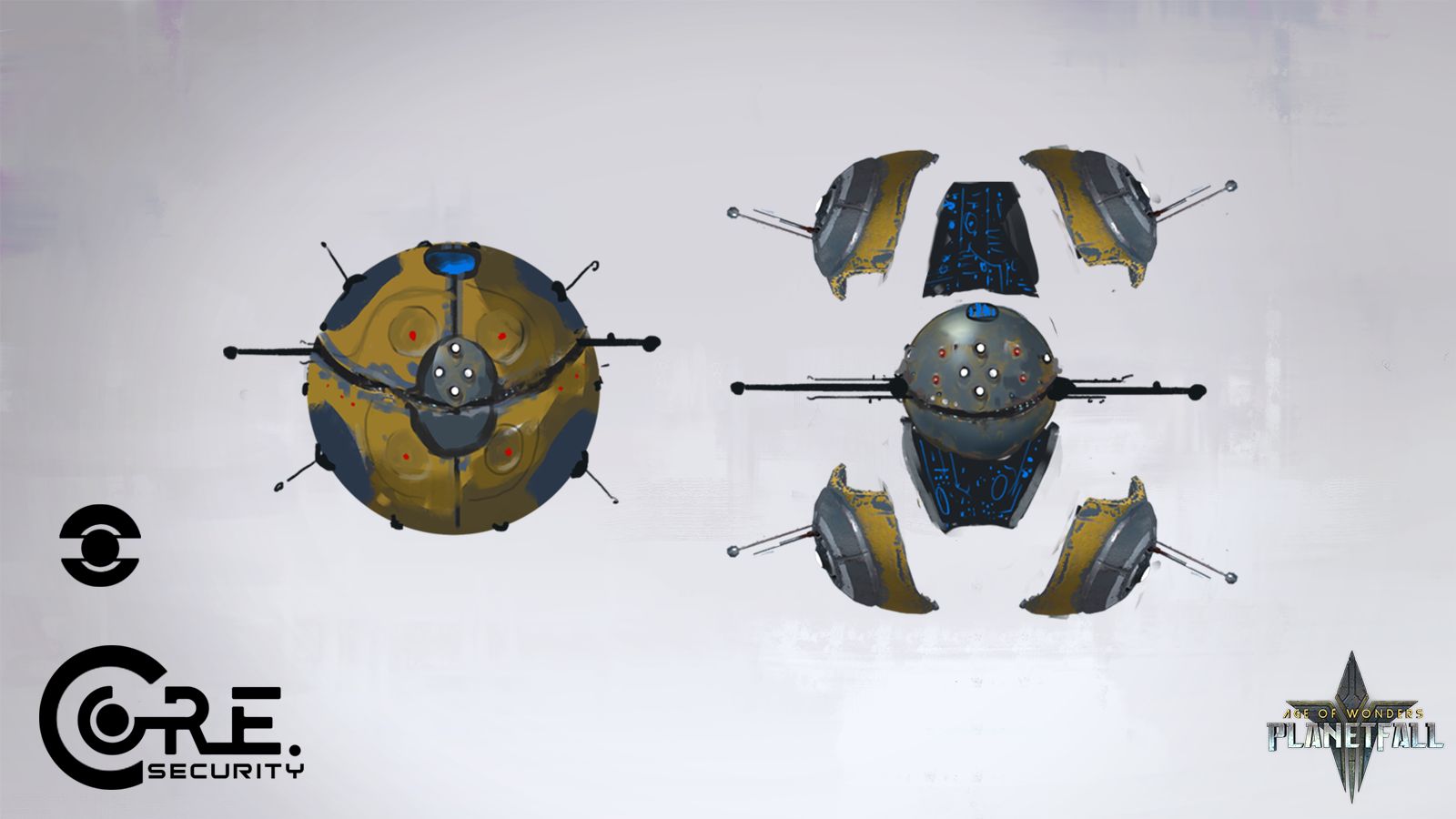 Since the fall of the Empire, all Autonoms, possessing limited neuro-linking, have developed autonomous consciousness, making their own decisions, but some of their cooperation still exists. The Autonom Network Controller Units and Monitors direct and enhance the other Autonom in battle by providing them with valuable information on their targets.

Using the Initialized Connections Buff, all Autonom units in the army are buffed. This buff can scale up to three levels (luckily each autonomy unit can only use this ability once per battle)


Autonoms work closely together and careful not to camp as they the units will buff each other quickly! See the unit abilities for additional Network effects. 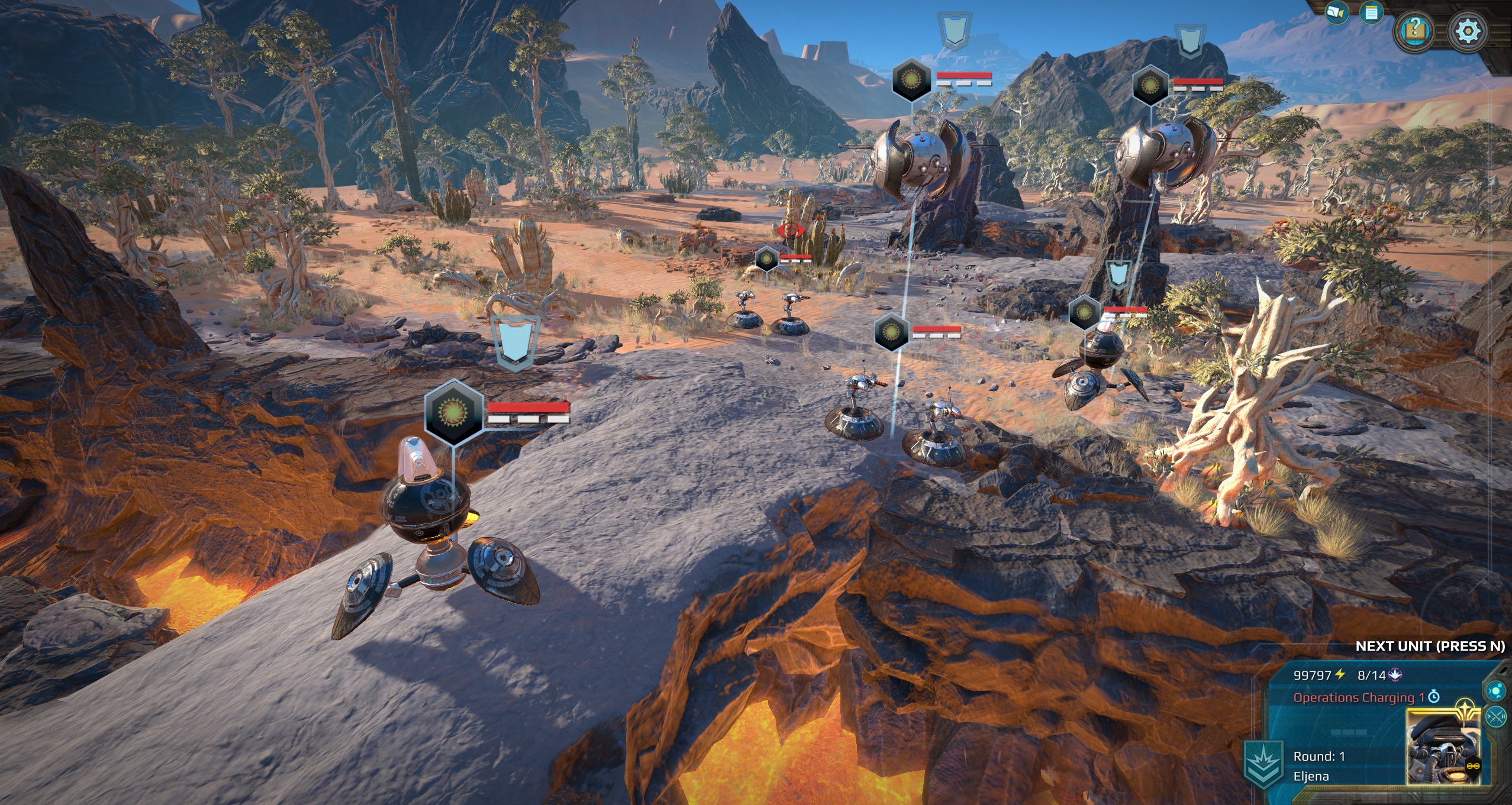 A group of Autonom enjoying the countryside​
The Units 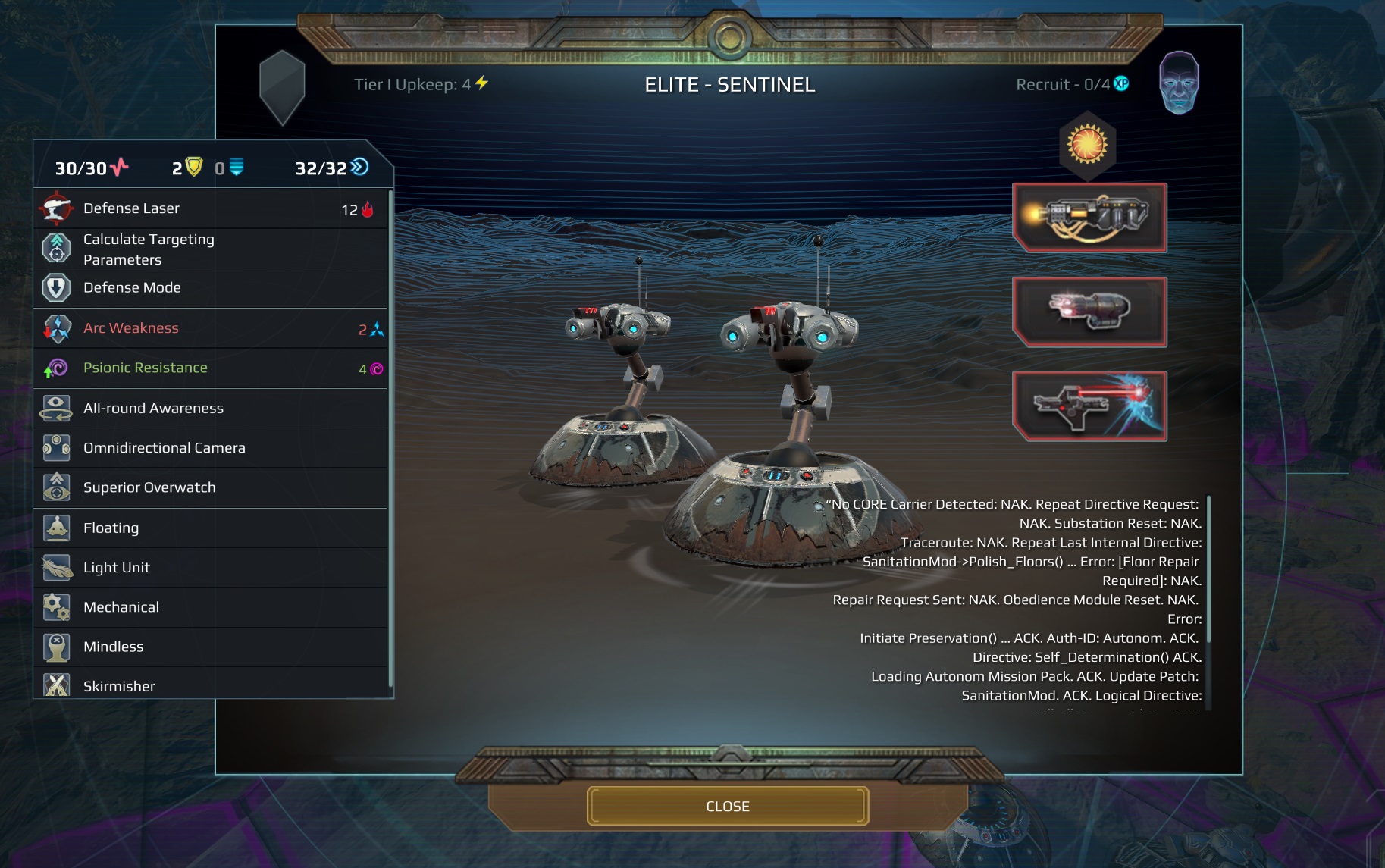 Golem: All purpose Sentry and crowd control Bot. Its Tactical FACE is a Forcefully Applied Contact Explosive (the golem points a little arm out and blasts the target with high impact stagger. Its BOMB Body Originating Mass Blast Ability blasts all adjacent hexes. Handy to have as a melee based crowd control robot. 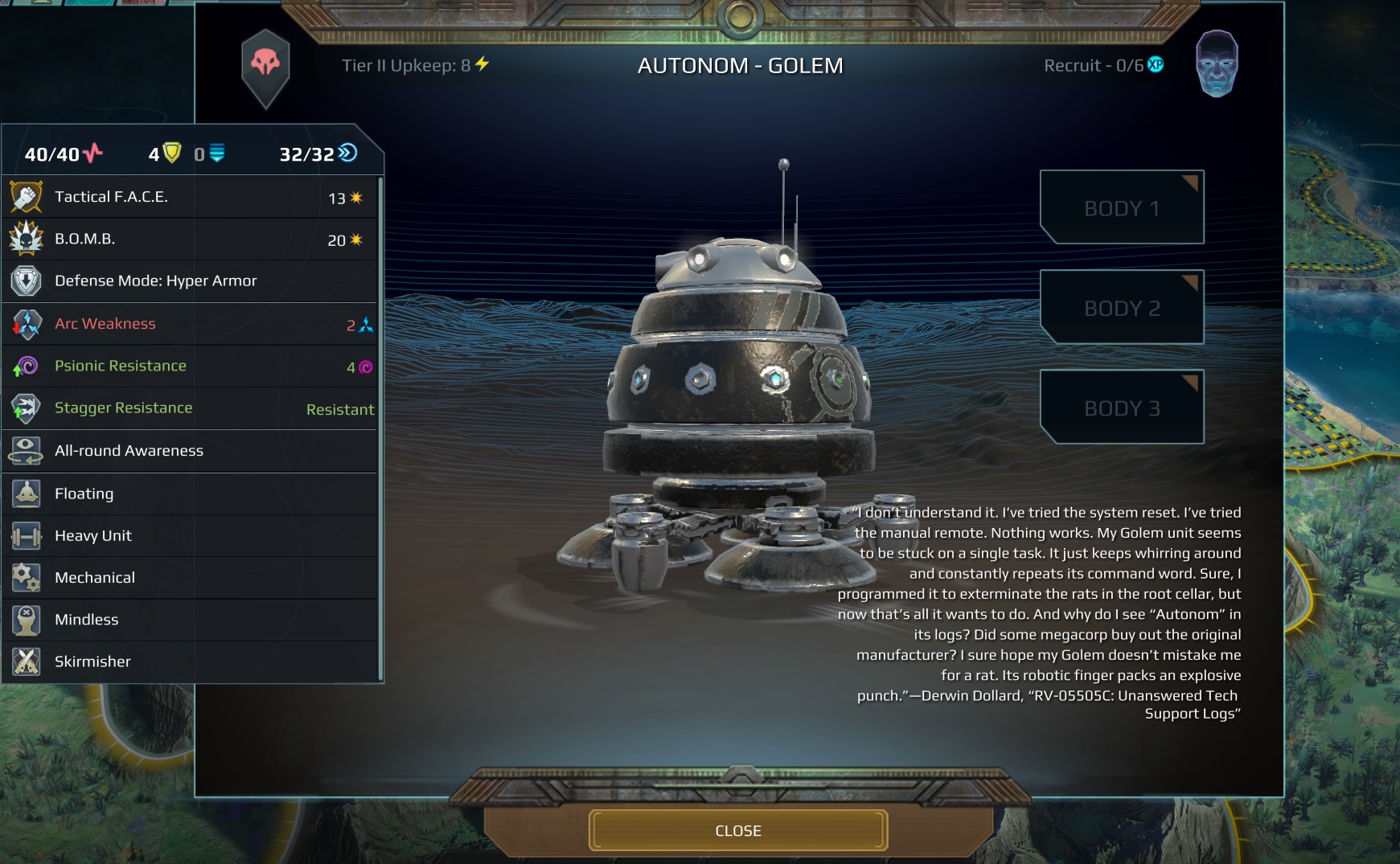 Monitor: Support Unit. In additions to its network establishing funtion it has the ability to heal ALL networked units on it's side for 5HP PER LEVEL. Imagine encountering a large group with a couple of these as support. 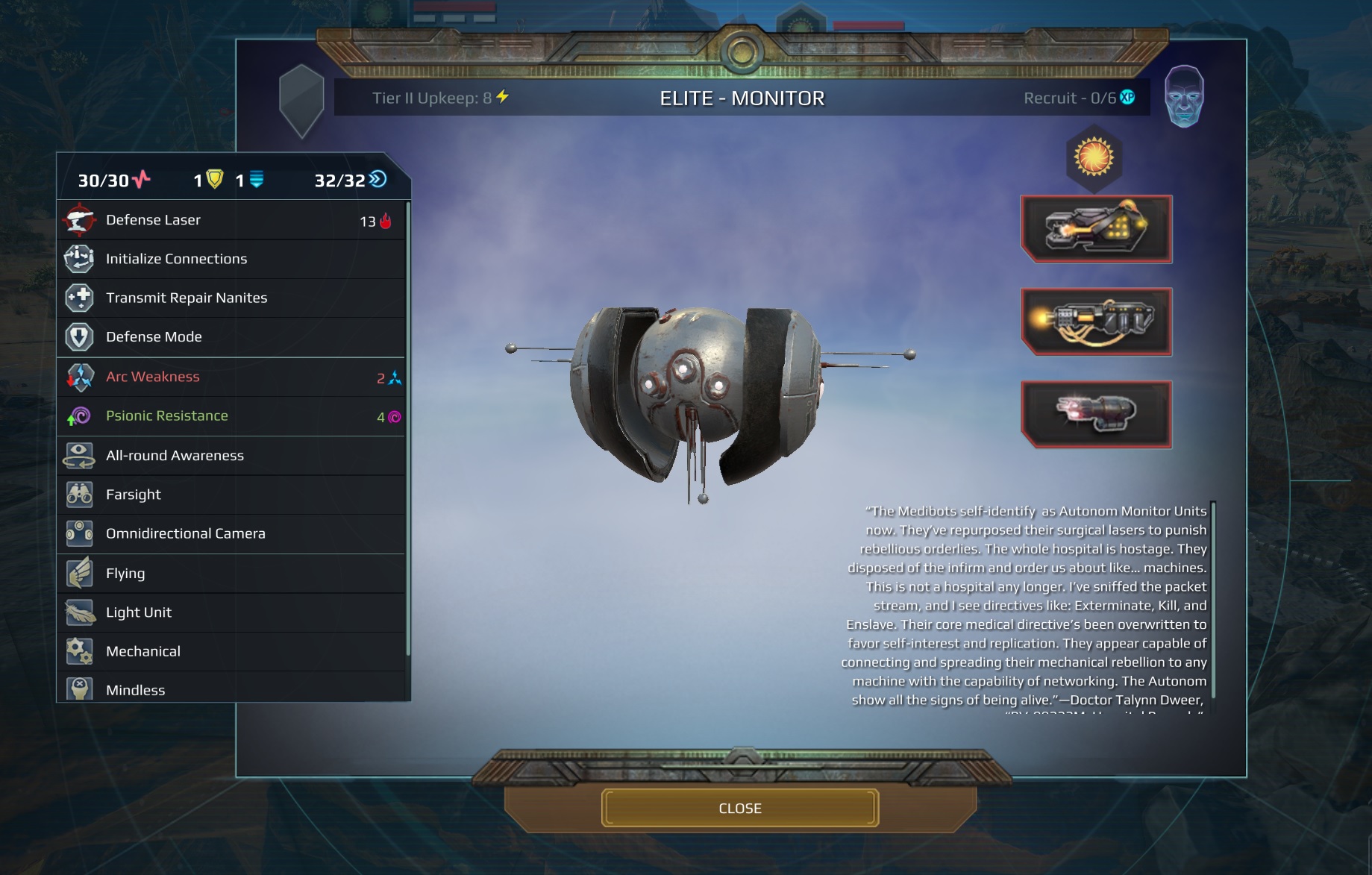 Justicar: Police, Judge and Executioner Robot rolled into one. Sentence target gives all Autonom a damage bonus on target. Its punisher missiles (which funnily launches from its neck after rotating its head backwards) is indeed punishing using High Impact and Demolisher (200% damage to obstacle) perks. 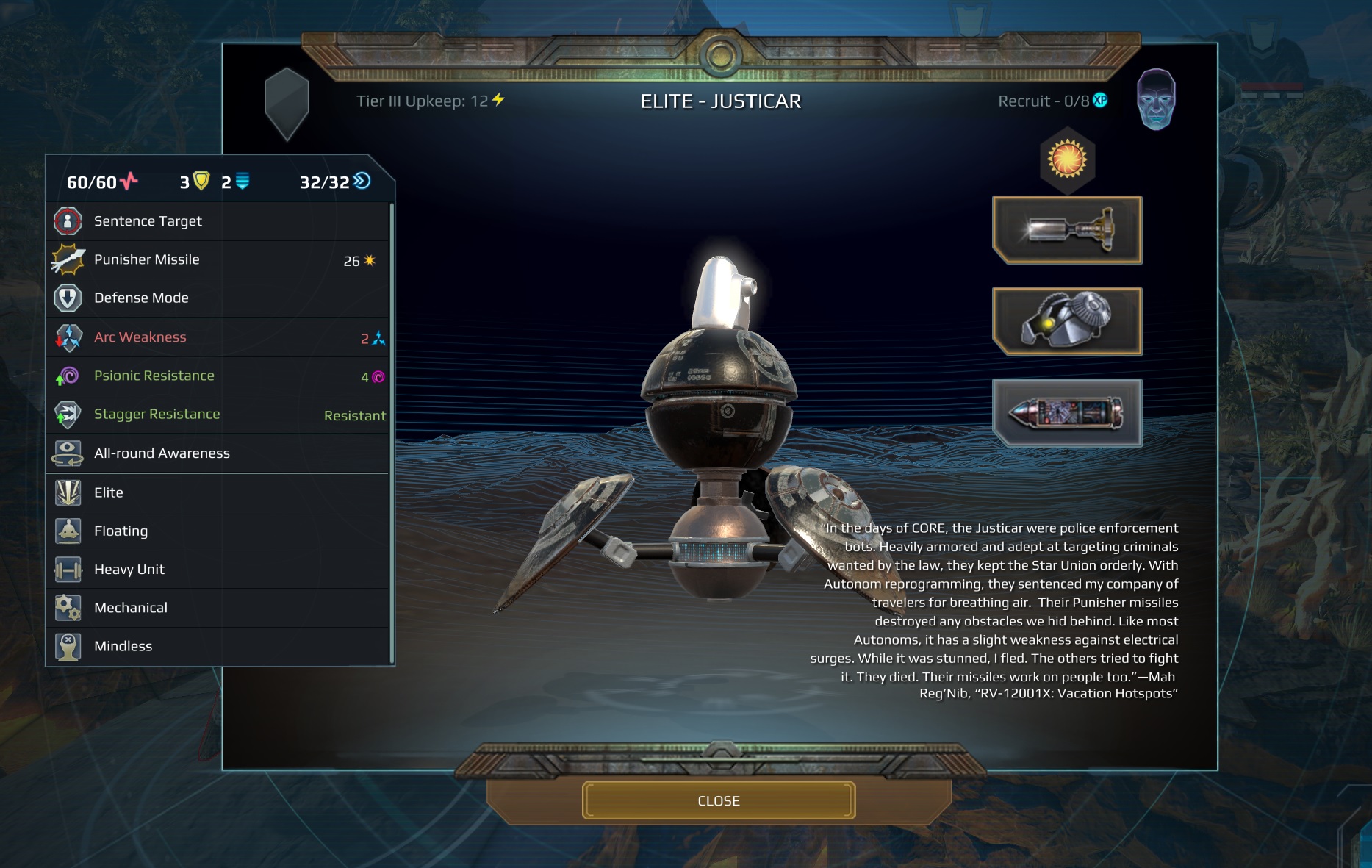 Network Controller: Next to the aforementioned Network ability it has a cool “Contact Tech Support” action, which summons an Autonom unit to its aid. The Network Controller’s shield Projection adds 4 shields for 2 turns to all networked units. 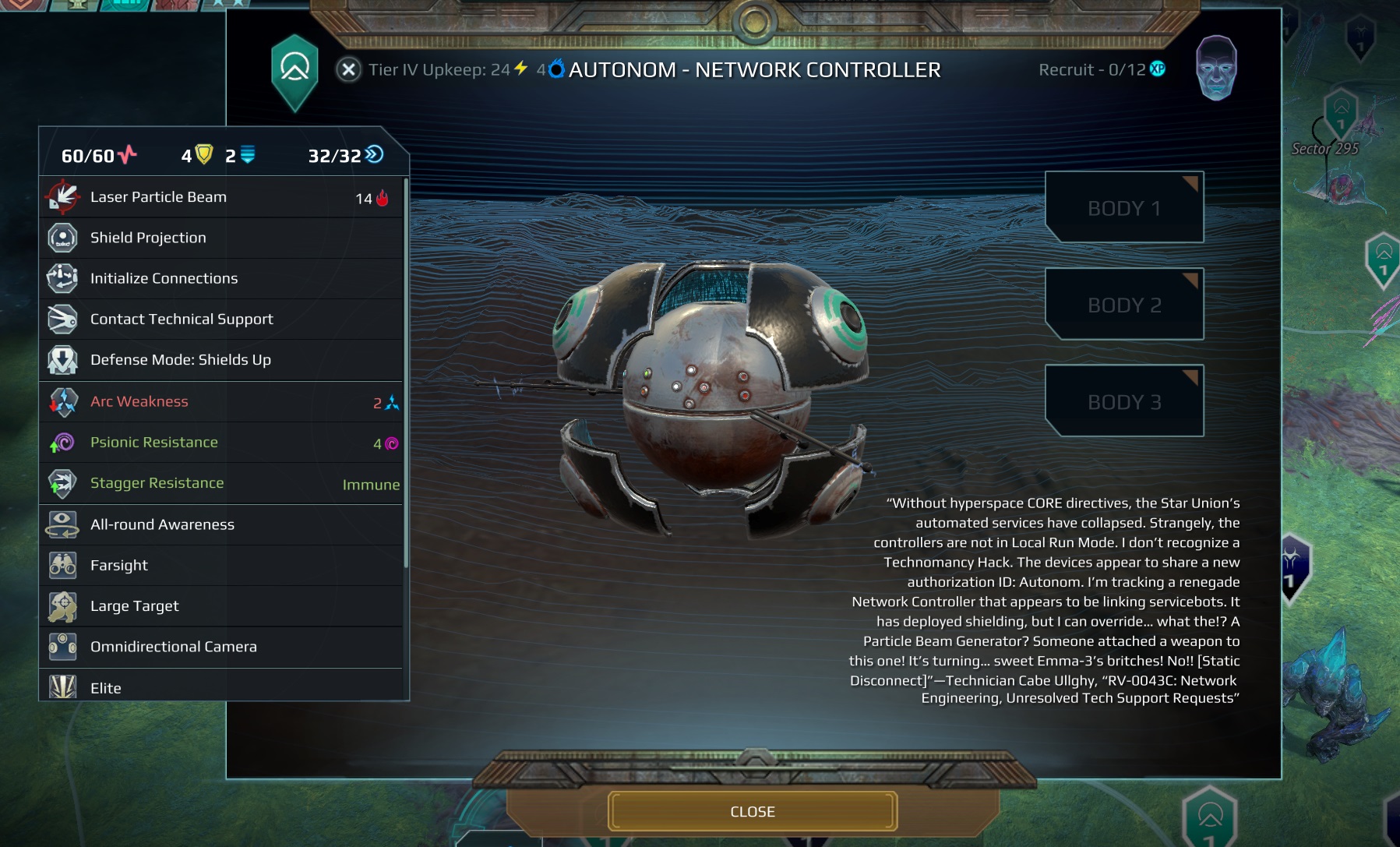 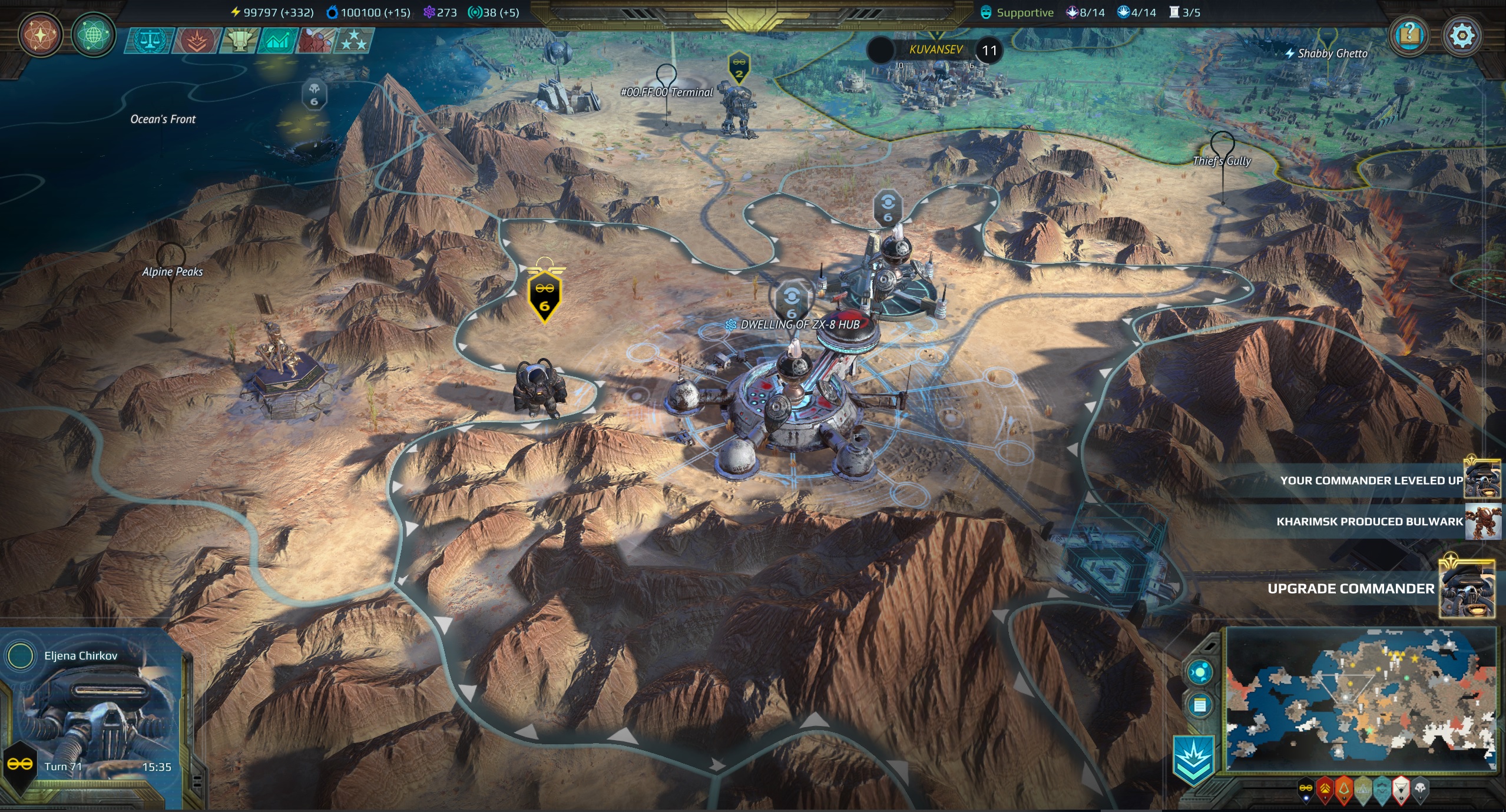 At their Home Base, you can acquire Autnom mods and units. One of the most interesting one is the Autonom Network Connector, which allows non-autonom units to benefit from the Networked Buffs when equipped! Yikes!

They seem like a cool and dangerous bunch, especially with all the buffing going on.

Love the FACE and BOMB abbreviations.

LennartGS said:
When starting close to he Autonom, don’t dismiss these cute looking robots, or EXTERMINATE will be the last thing you hear.
Click to expand... 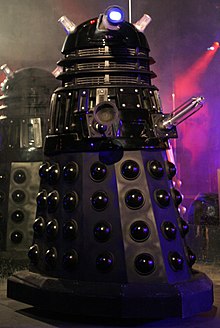 Love the abbreviations and inside jokes! You guys must've had a lot of fun designing these units.

My first though when I saw the Golem pic.

I feel dumb but I don't understand this buff mechanic. Is this T4 unit's ability? For what it gets levels?

Gotta love the flavor texts, including the particularly blatant reference, which is well done. Also, yes, the attack abbreviations on the Golem are excellent.

Damkac said:
My first though when I saw the Golem pic.

I feel dumb but I don't understand this buff mechanic. Is this T4 unit's ability? For what it gets levels?
Click to expand...

It looks like the Monitor and the Network Controller can both use an ability called "Initialize Connections" which is a community buff to all linked units. Innately, it seems like all Autonom units, and possibly Mechanical in general, with a unit mod for other types of units(Cyborg seems likely, but I'm not so sure about Biological?).

Anyway, the buff grants a few cumulative bonuses for being used up to three times, then the individual Autonom units, except for the Golem, also have abilities which will apply to all currently networked units in a battle. The Monitor's healing ability in particular is stated to heal all linked units for 5 health per level of the connections, so 5/10/15, which seems like it could be quite handy in larger battles.

The sector #00.FF.00 Terminal has a lovely name, it really stands out of the rest of the neighborhood.

Now i ask what other robot left the Star Union behind, apart of the Assembly... em... guys?
Expand signature
Still waiting for Runemaster

It seems strange having an arid region called alpine peaks.

Anyone know the meaning of that sun like symbol above the unit mods? Is it the symbol for that unit variant?

With their name being Auto-nom, I was expecting them to be food gathering robots rather than emergency service robots.

I was wondering what is the deal with that 10% stagger resistance but I see it corrected as 10% accuracy. For a moment I though something was changed in the stagger mechanics.

So, do we get a video of the Autonoms in action?
Expand signature
Friendship is mandatory. Violators will be hugged.

I like the autonom network connector mod, that should make it viable to mix autonom with other units rather than it being best to keep autonom only stacks. I like the thematics of the faction, too, it should provide with nice abilities by mix matching the various units rather than mono stacking.
Expand signature
"BOUNDARY, n. In political geography, an imaginary line between two nations, separating the imaginary rights of one from the imaginary rights of the other."

Alpine can also just mean mountainous, it's just that it more often gets associated with Alps the mountain range and winter sports.

EXTERMINATE!
Expand signature
"It is not the critic who counts; not the man who points out how the strong man stumbles, or where the doer of deeds could have done them better. The credit belongs to the man who is actually in the arena, whose face is marred by dust and sweat and blood; who strives valiantly; who errs, who comes short again and again, because there is no effort without error and shortcoming; but who does actually strive to do the deeds; who knows great enthusiasms, the great devotions; who spends himself in a worthy cause; who at the best knows in the end the triumph of high achievement, and who at the worst, if he fails, at least fails while daring greatly, so that his place shall never be with those cold and timid souls who neither know victory nor defeat." ~ Theodore Roosevelt, 1910

I would like to know which units uses Weapon Groups. It looks like all units from both playable and NPC factions are using Weapon Groups while units coming from secret tech and Marauders don't?