I picked up a "light read" for myself on a recent trip (specifically A History of the World in Twelve Maps by Jerry Brotton), and I found it striking how similar it is in its historical narrative to some of the game play and events--in particular to EU4 and Imperator: Rome. I also note it's copyright date of 2012 falls a year before the EU4 release.

The trip included a stop in Rome and the obligatory visit to Vatican Museum and Sistine Chapel...but I was struck by the Gallery of Maps (Galleria delle Carte Geografiche), and how similar the painted maps are to the appearance of the Imperator: Rome maps.

For example, Napoli and environs with Via Appia featured prominently.... 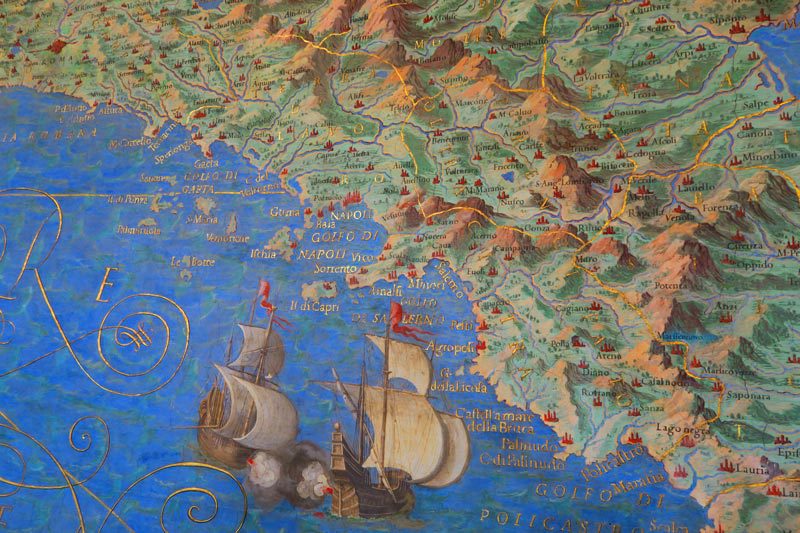 It got me thinking, what sources did the devs consult during game development?

And a follow-up question for anyone else who likes to dork-out on this kind of stuff, what books--obliquely related to I:R, EU4, CK2--do you recommend?

I don’t think they usually reveal exact sources, but one of the devs has commented that they usually look into a fairly recent academic source/book on the topic/period/area when preparing an expansion.
Expand signature
"The world is a tragedy to those who feel, but a comedy to those that think." - Horace Walpole
“The world is nearly all parcelled out, and what there is left of it is being divided up, conquered and colonised. To think of these stars that you see overhead at night, these vast worlds which we can never reach. I would annex the planets if I could; I often think of that. It makes me sad to see them so clear and yet so far.” - Cecil Rhodes (A Victoria player before Paradox, dreaming of Stellaris)
"Any nation that decides the only way to achieve peace is through peaceful means is a nation that will soon be a piece of another nation." - Richard Milhous Nixon
"The quickest way of ending a war is to lose it" - George Orwell
"Do I not destroy my enemies when I make them my friends?" - Abraham Lincoln
A Tragedy in 10 PAARts: An Amateur's Italian MP AAR (Complete)
The Rise and Fall of Hilter's Reich: Dominican Republic MP Latin American Thunderdome Mini-AAR (Complete)
Duly Elected MP for the Paradox Forums Constituency in the Virtual House of Commons for the June 2020 Chain of Command Devs vs Youtubers Clash.