A Suggestion for Improvement: Mission UI

Jump to latest Follow Reply
Menu
Install the app
You are using an out of date browser. It may not display this or other websites correctly.
You should upgrade or use an alternative browser.
Imperator: Rome 8720 Bug Reports 3608 Suggestions 2348 User Mods 605 Tech Support 486 Multiplayer 55 After Action Report (AAR)

This only contains photoshopped images of suggestions to improve visibility.


I chose the seemingly biggest mission tree in terms of width for my example.​ 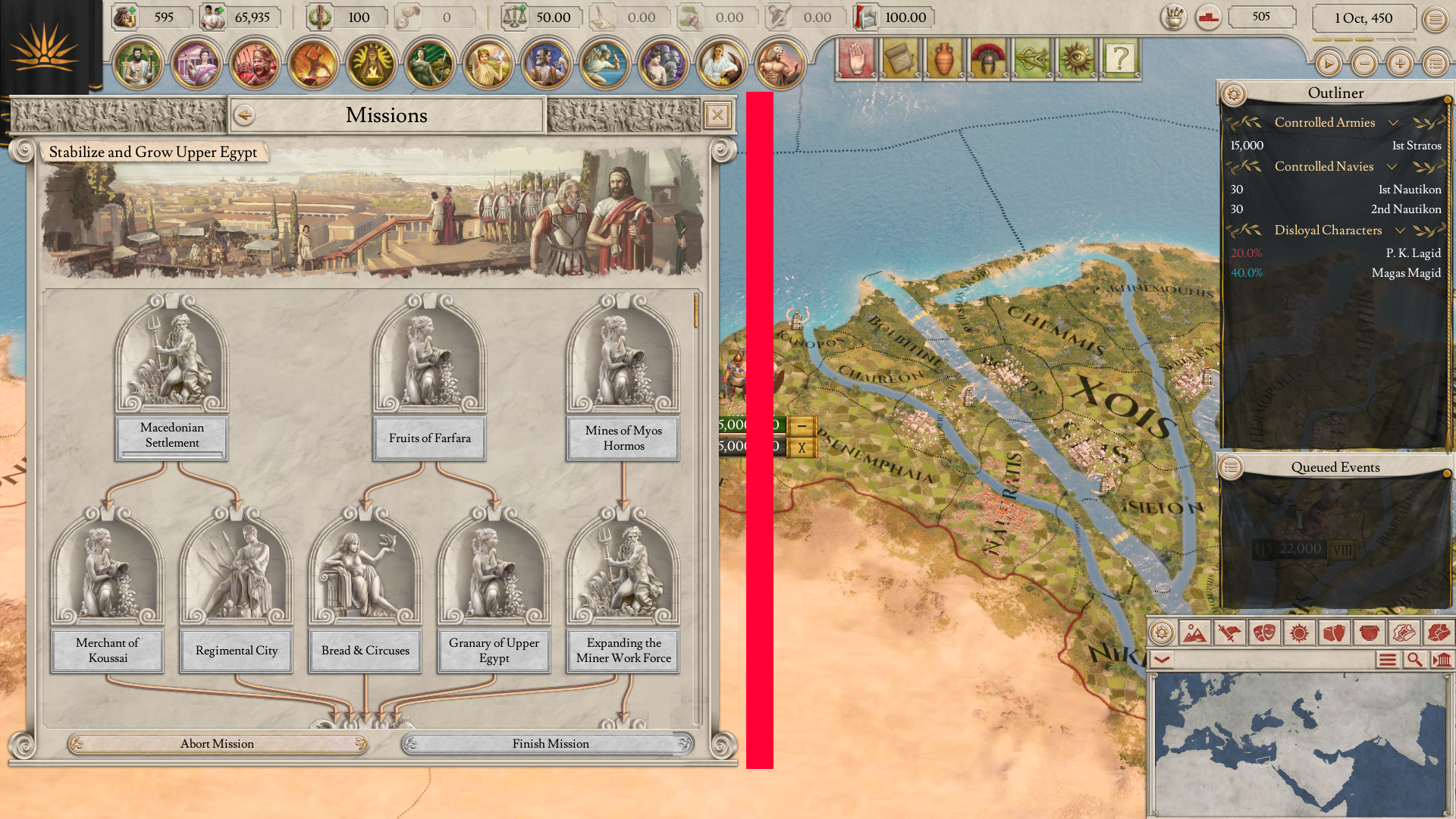 The ONLY thing I did here, was moving the missions closer to the left side, and moving the right side wall along with them, thus deleting dead space.
The red line indicates how big the window was before - Only this little is much better, because there is so little space to actually move around the map. 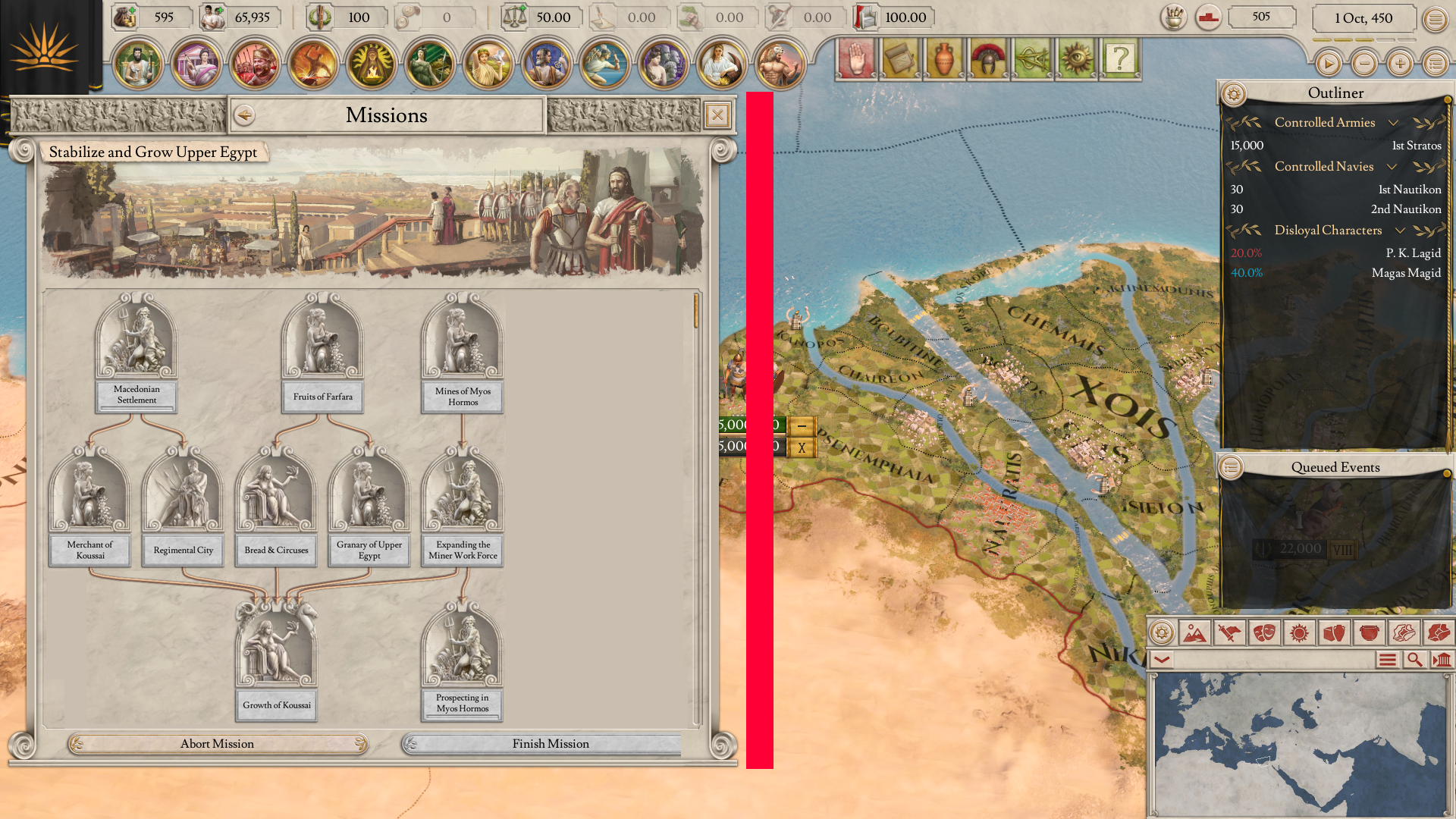 In this second picture I tried to eyeball and scale the missions to around 75% of its original size. Now there is HUGE amount of dead space, which we can remove. You also don’t have to scroll down with the mouse anymore to see the last missions which there is actually space for.
(The text should be normal though, I just scaled everything down using Photoshop)

Now, the differences is huge. It looks little to your eyes now, but that is only because the original in the vanilla is too big. If you look at the writing and at the pictures alone, and then you look at other aspects of the game, like the top bar, or the map. Then you realize that it is not too small after all.
The thing is: Although the pictures and stuff like that look extremely good. But they are also very big, and in the end, it's just dead/wasted space that is not utilized.
(Also, Pdx, fix that scroll bar - If there is not much to scroll, then don’t let it be seen as there is a whole article to scroll down in it)
Toggle signature
CK2 mod Author - Dynamic Cultural Titles (Ironman) 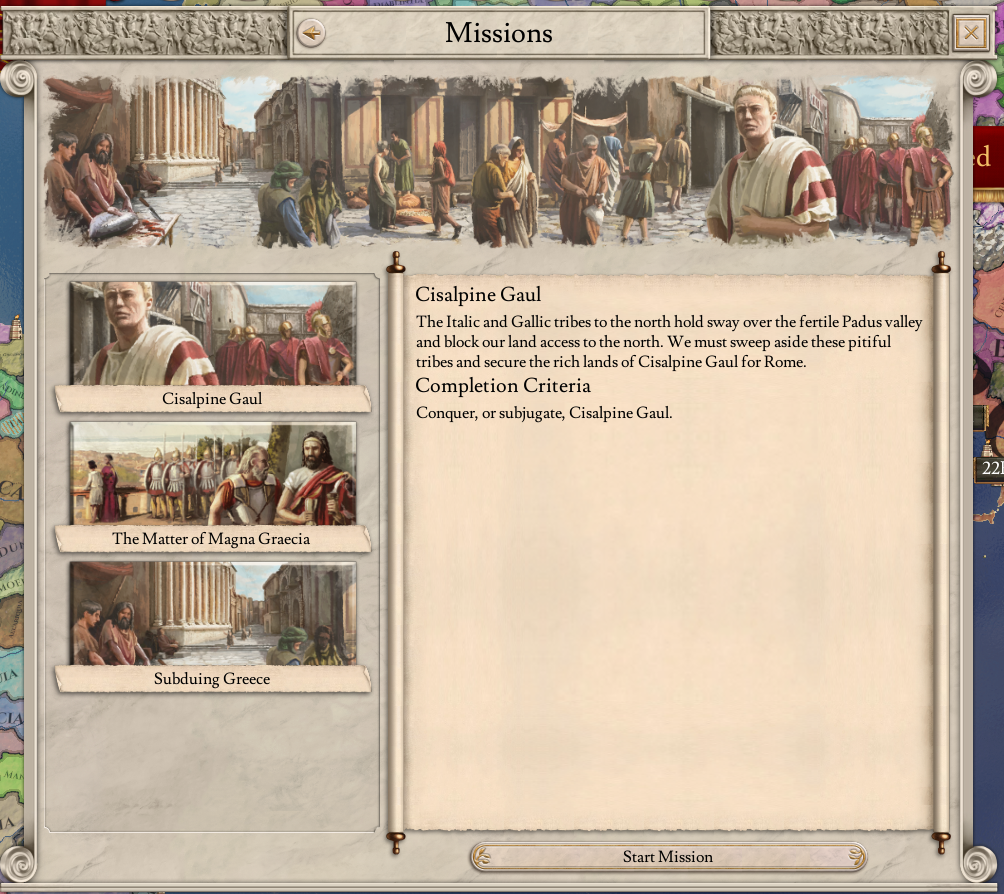 Third thing: Somewhere to look at all mission trees available to your nation, be it generic or tag specific. At that very same place, show what the conditions for that mission tree to activate it - so you can plan easier than going into the imperator files to look.
Should also be able to preview the inside of Mission Trees.
Last edited: Mar 22, 2020
Toggle signature
CK2 mod Author - Dynamic Cultural Titles (Ironman)