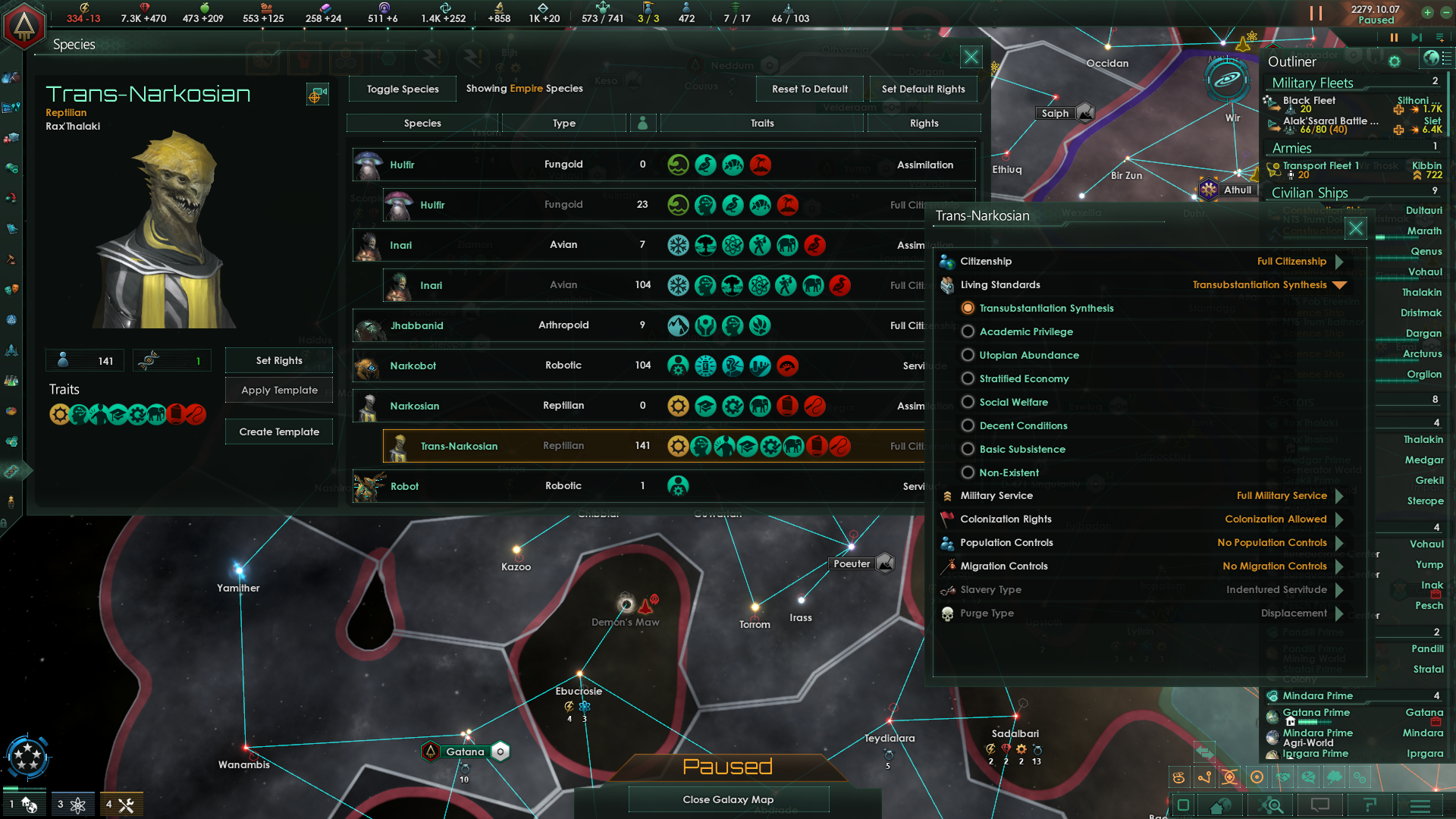 As you can see in the screenshot my main species , who are already cyborgs, now have Full Citizenship with Transub Synthesis Living Standards. What happened is that I tried switching their living standards from Stratified Economy to Academic Privilege and got Synthesis instead. It's not just a display bug, the pops really do get the Synthesis penalty as you can see for yourself in the attached save.

I expect this thread will not get any answers, just like the one I previously reported a cyborg namelist bug, but I'm hopeful someone is actually seeing them and they'll get fixed after summer.

The only mod I'm running is Kaityo's Tiny Outliner.

edit: I was able to bypass the issue by setting my default rights to Academic Privilege and genetically modifying the species. The new subspecies had the correct rights.

Having the same issue myself