Jump to latest Follow Reply
Menu
Install the app
You are using an out of date browser. It may not display this or other websites correctly.
You should upgrade or use an alternative browser.
Victoria 3 5388 Bug Reports 1988 User Mods 150 Multiplayer 14 Suggestions 839 Tech Support 127 After Action Reports (AARs)
Previous dev diary Next dev diary
Show only dev responses 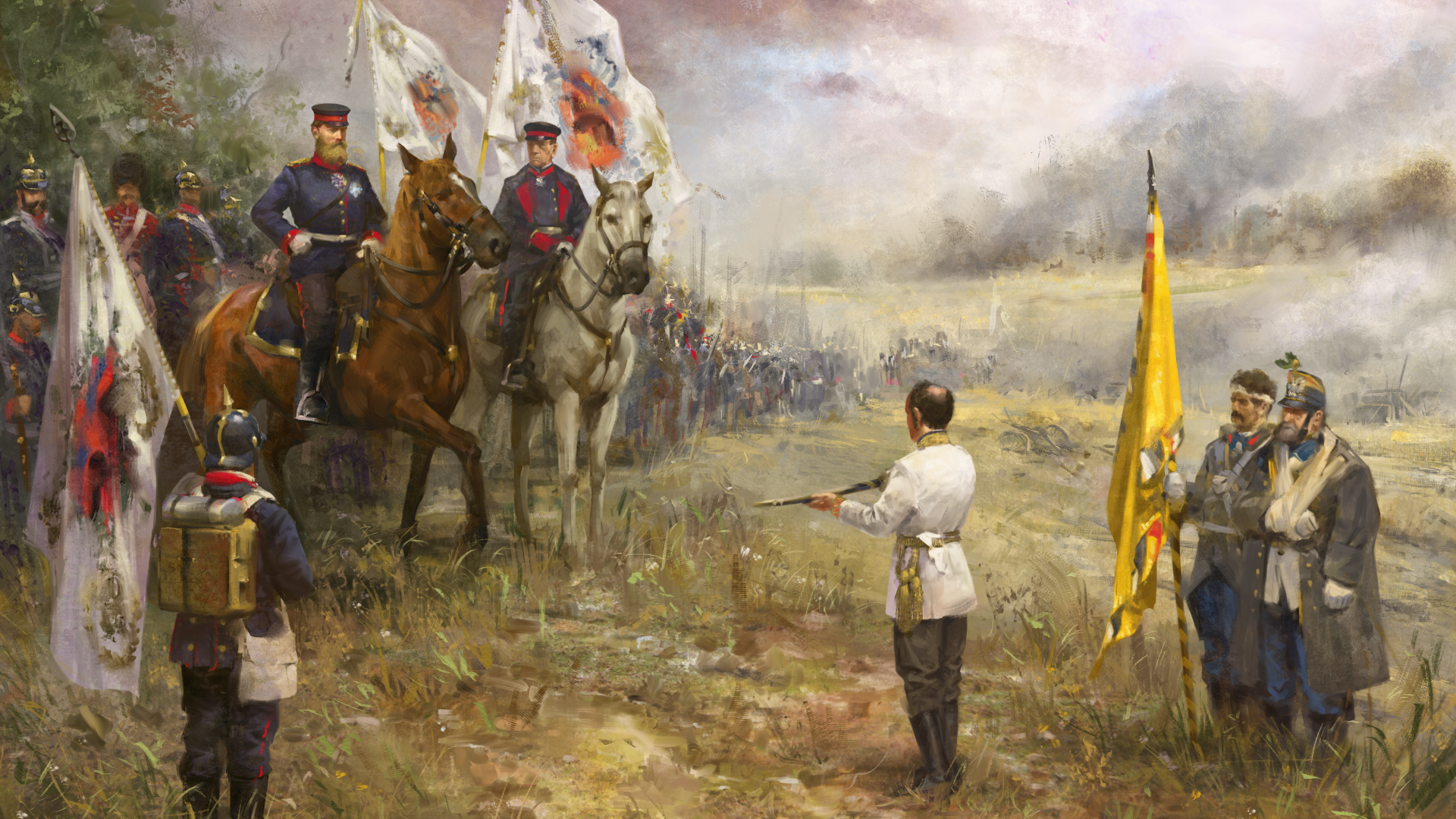 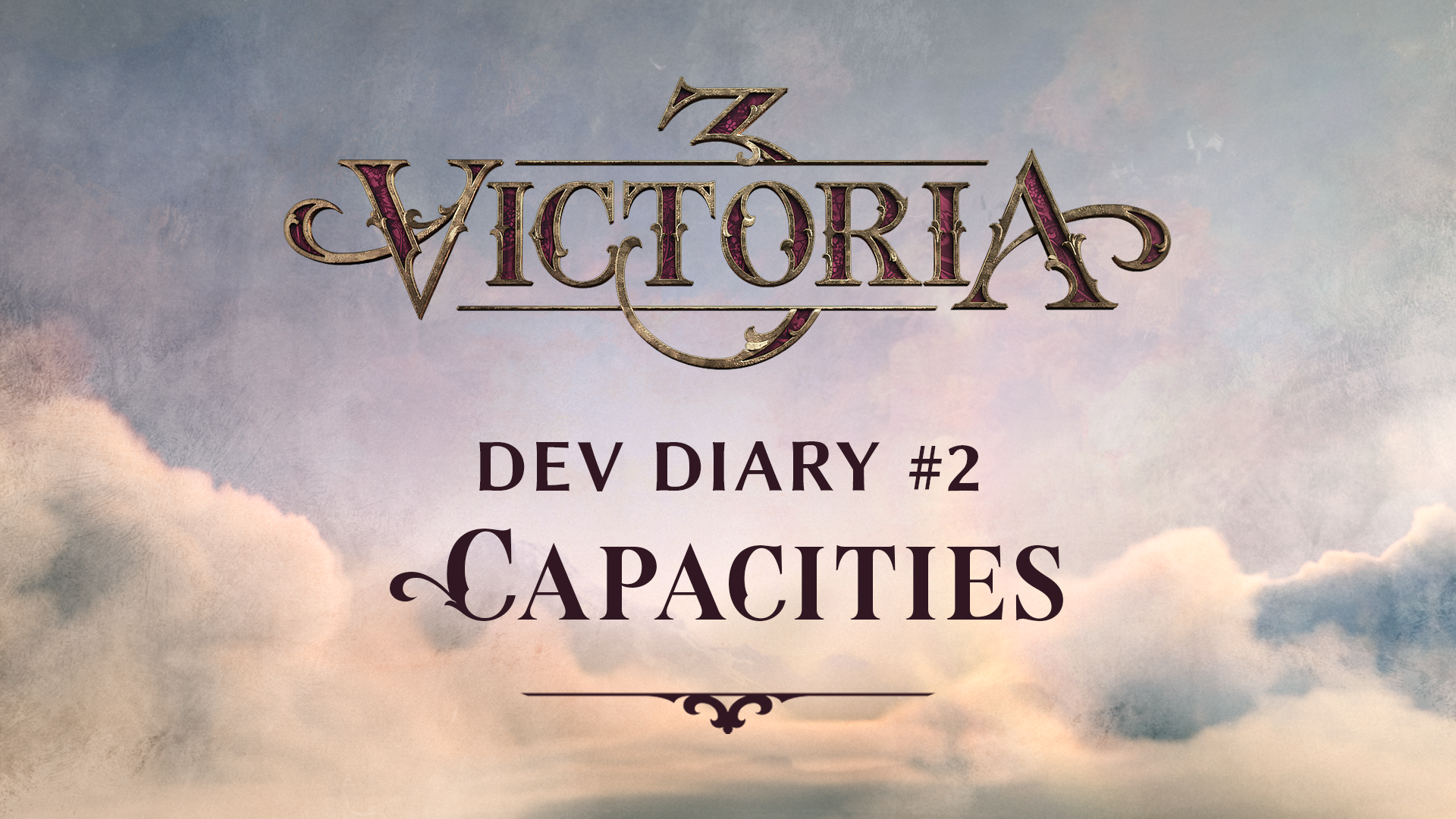 Hello and welcome back to another Victoria 3 dev diary! Today we will be talking about three of the four of the main ‘currencies’ of the game - namely Capacities (the last being Money, which we’ll of course come back to later).

We mentioned in the very first dev diary that there is no ‘mana’ in Victoria 3, and since this dev diary is about the game’s “currencies”, I want to be clear on what I mean by that. When we say there is “no mana” we mean that the resources in Victoria 3 arise and are spent in clearly defined ways that are parts of the simulation, not from an overly abstract concept or vague idea. There is, of course, some degree of abstraction involved (all games are abstractions after all), but we want all the game’s currencies to be strongly rooted in the mechanics and not feel arbitrary.

But enough about that and onto Capacities. What exactly are they?

Well, for starters, calling them currencies is actually not accurate. Capacities are not a pooled resource and are not accumulated or spent, but instead, have a constant generation and a constant usage (similar to for example Administrative Capacity in Stellaris), and you generally want to keep your usage from exceeding your generation. Each capacity represents one specific area of your nation’s ability to govern and is used solely for matters relating to that area.

As mentioned, Capacities are not accumulated, so excess generation is not pooled, but instead there is an effect for each Capacity which is positive if generation exceeds usage and quite negative if usage exceeds generation - a country that incorporates territories left and right without expanding its bureaucratic corps may quickly find itself mired in debt as tax collection collapses under the strain!

Bureaucracy represents a nation’s ability to govern, invest in and collect taxes from its incorporated territory. It is produced by the Government Administration building, where many of a nation’s Bureaucrats will be employed. All of a nation’s Incorporated States use a base amount of Bureaucracy which increases with the size of their population, and further increased by each Institution (such as Education or Police - more on those later!) that a country has invested in. Overall, the purpose of Bureaucracy is to ensure that there is a cost to ruling over, taxing and providing for your population - administrating China should not be cheap!

The Swedish Bureaucracy is currently a bit overworked and the country could certainly benefit from another Government Administration building or two. 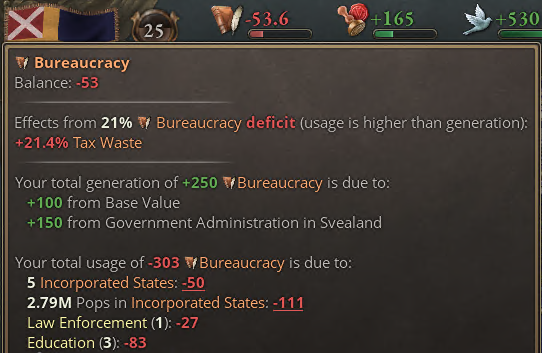 ​
Authority represents the Head of State’s personal power and ability to enact change in the country through decree. It is generated from your Laws - generally, the more repressive and authoritarian the country, the more Authority it will generate - and is used by a variety of actions such as enacting decrees in specific states, interacting with Interest Groups and promoting or banning certain types of Goods. Overall, the purpose of Authority is to create an interesting trade-off between more and less authoritarian societies - by shifting the distribution of power away from the Pops into the hands of the ruler, your ability to rule by decree is increased, and vice versa.

The Swedish King has more Authority at his disposal than he is currently using, slightly speeding up the rate at which laws can be passed. 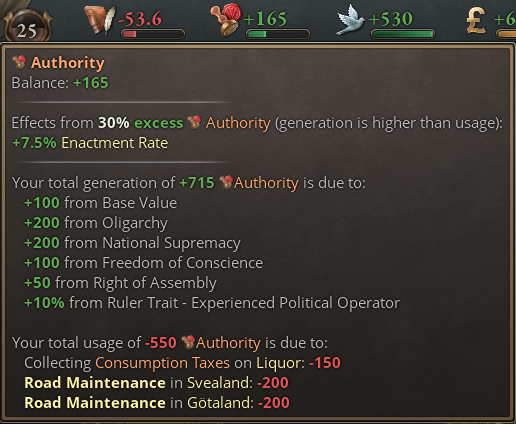 Influence represents a country’s ability to conduct diplomacy and its reach on the global stage. It is generated primarily from your Rank (Great Powers have more Influence than Major Powers and so on) and is used to support ongoing diplomatic actions and pacts, such as Improving Relations, Alliances, Trade Deals, Subjects and so on. Overall, the purpose of Influence is to force players to make interesting choices about which foreign countries they want to build strong diplomatic relationships with.

Sweden has plenty of unused Influence and could certainly afford to support another diplomatic pact or two! 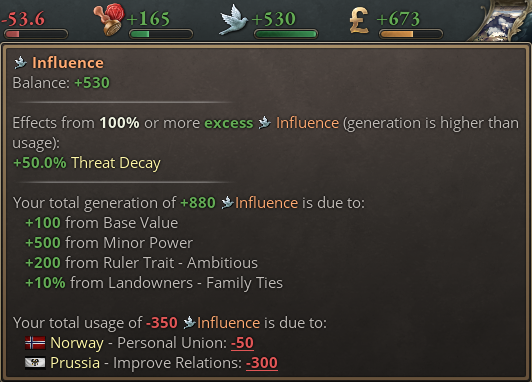 That’s all for today! Join us again next week as I cover something yet another topic that’s fundamental to Victoria 3: Buildings. See you then!
Reactions:

In victoria 2 there is an active money supply with inflation and deflation that can cause many different effects, some good and some bad, and I was wondering how money supply works in victoria 3. Will money be minted into existence by the pops? Will it simply be created from thin air when needed? Will it ever be removed from circulation when there is too much?
Reactions:

Praise be on the DD!
Toggle signature
Pie charts and sliders are overused and bad in modern GSGs, fite me.
Reactions:

It's a complex Vicky i know and love.
Reactions:

Looks rather nice!
Toggle signature
Perpetual optimism is only way to get things done
Reactions:

an interesting way to implement such a system, to say the least. looks gamey to some degree, but more realistic than most systems
Toggle signature
Powderkeg of Europe - Victoria 3 Balkans Megathread

Determinism in EU4 and prior games
Reactions:

Ain't going to lie, not sure how I feel about this, but I guess it'll have to be seen when we play the game.
Toggle signature
Pop: Laborer
Workplace: Urban Center
Religion: Catholic
Culture: Anglo-Canadian
Sol: Middling
IG: Trade Union


We shall not enter into the kingdom of socialism in white gloves on a polished floor.
Reactions:

Just in time. My keyboard was beginning to wear down.
Reactions:

So bureaucrats give bureaucracy cap, authority gives authority cap, and influence gives influence cap. Not so sus after all.

My only concern is will there be other ways to gain authority, perhaps related to tech or appeased interest groups? It would be sad if it was strictly more enjoyable to play as an authoritarian, when they had their own list of issues to fret over.
Toggle signature
01_EMBASSY_PROPOSE
Reactions:

Can't wait to hear what they've come up with to replace infamy or aggressive expansion.
Reactions:

Oh yes. No mana makes me a happy man.

This is a certainly great way to rework stabilization and stellaris ideas into a new game.
Toggle signature
Time to dance with the angels
Reactions:
W

seem to mana... but, not mana.
Reactions:

How are they like EU4 points? The whole point of capacities is that they aren't like Monarch points from EU4
Reactions:

Hopefully, we will have a full release In Fall
Reactions:

I'm more interested in the Swedish flag than that.
Reactions:

I'm predicting a forum meltdown about this and calling it mana.
Reactions: