Jump to latest Follow Reply
Menu
Install the app
You are using an out of date browser. It may not display this or other websites correctly.
You should upgrade or use an alternative browser.
Stellaris 48191 Bug Reports 28346 Suggestions 17494 Tech Support 2705 Multiplayer 365 User Mods 4486 Stellaris AAR (After Action Reports) Console edition 1149

Hello everyone and welcome to another Stellaris development diary. This is the second in a multi-part dev diary about the 'Heinlein' 1.3 patch that we are currently working on. This week's dev diary will be focusing on a series of changes made to ship design and fleets that we call the Fleet Combat Overhaul.


Dedicated Roles
One frequent critique of the ship types in Stellaris is that they don't really have roles - besides corvettes being unable to mount large weapons, there is basically no difference in what type of weapons can be mounted on what type of hull, meaning that there is no actual reason to use a proper mix of ship types - often the best strategy is just to find a single effective design (such as all-corvette fleets on release version or the currently popular destroyer tachyon lance fleet). To address this we sat down and thought about what the roles of each type of ship should be, and came out with the following:

In order to make this specialization possible, we have made a few changes to ship design. First of all, we have added three new weapon slot types:

We've also tweaked ship modules and retired a couple of modules that we feel did not fit the new design, so that it is no longer possible to make a 'corvette killer' battleship with huge amounts of small weapons, for example. While there realistically is no reason you couldn't mount small weapons on a battleship, going with a realism angle would simply put us right back where we are now, so we chose to sacrifice some realism for what we feel is better gameplay.


Utility Slot Rework
Another area we felt sorely needed some attention is the utility slots - right now there is often little meaningful choice, with the best strategy usually being to stack either armor or shields depending on ship size, enemy weapons and tech level. Most of the special utilities, such as shield capacitors or regenerative hull, are either woefully underpowered or extremely overpowered. To address these issues, we've made the following changes:

Note that the changes listed in this DD are not fully done, so some of them may not show up in below screenshots. 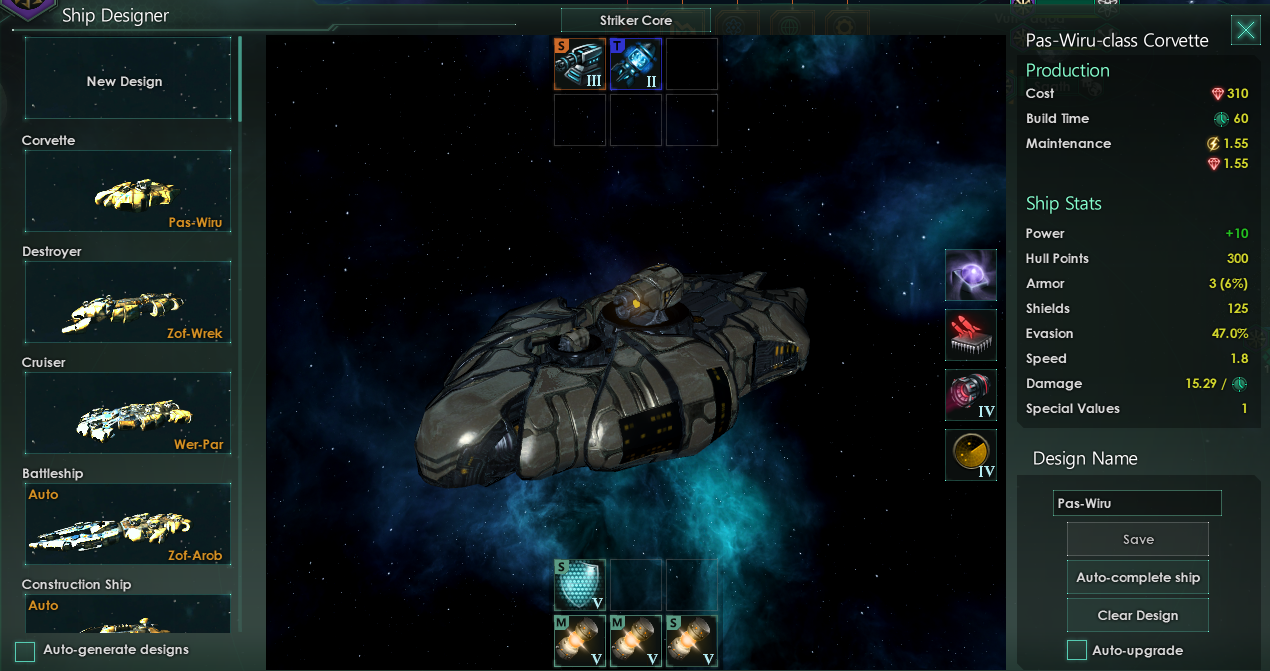 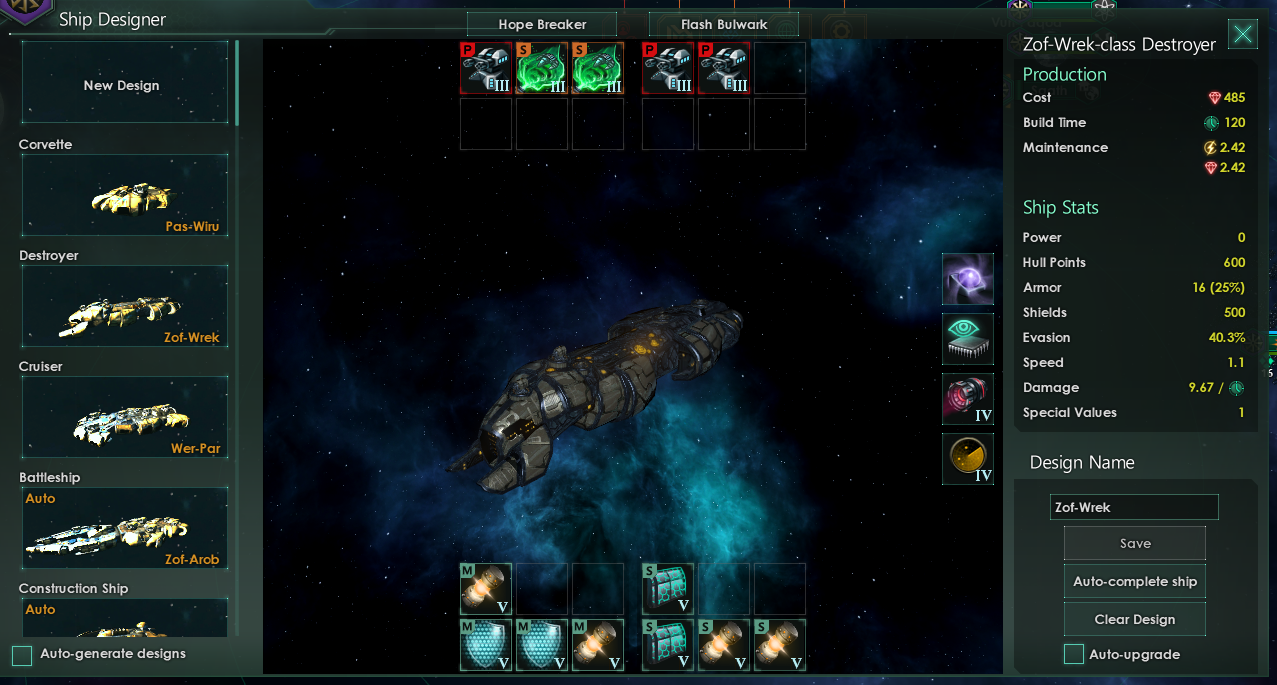 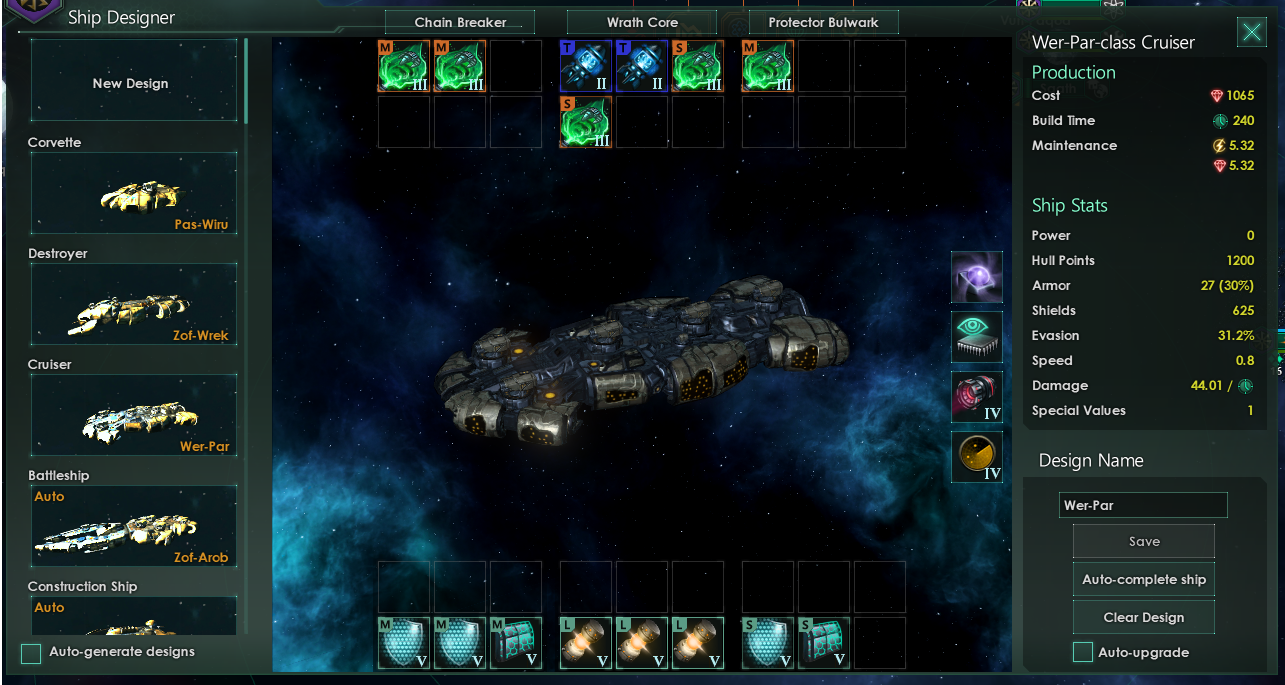 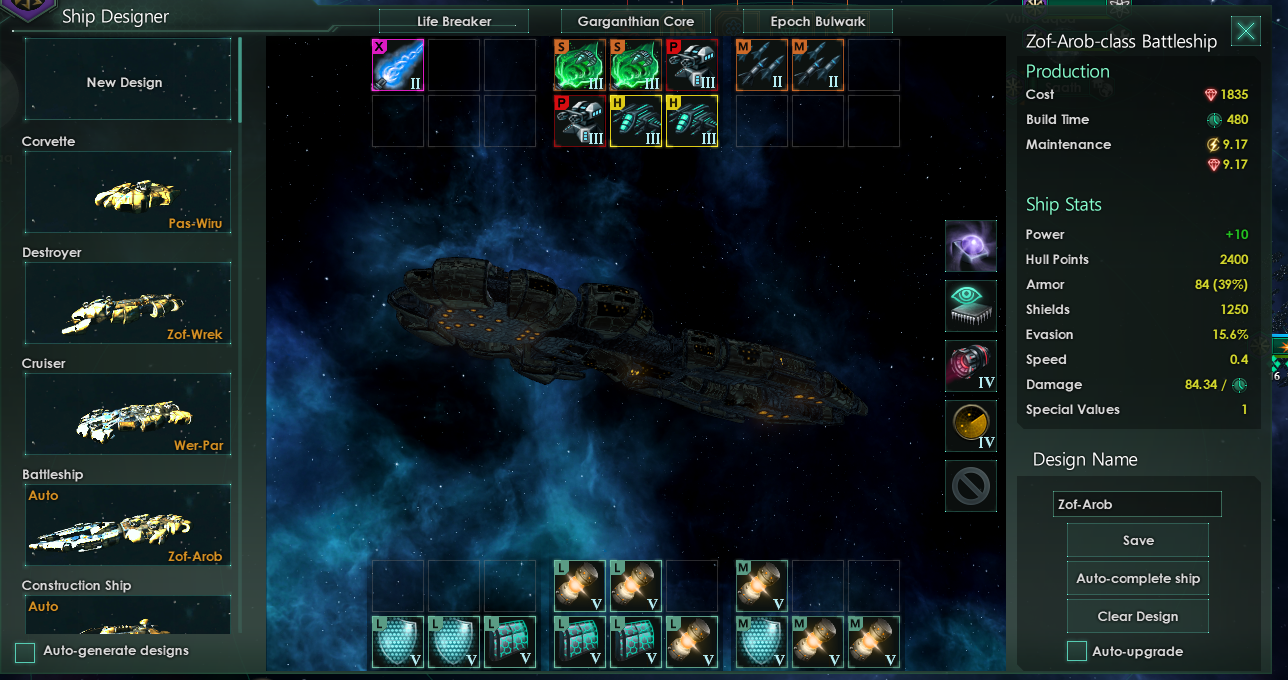 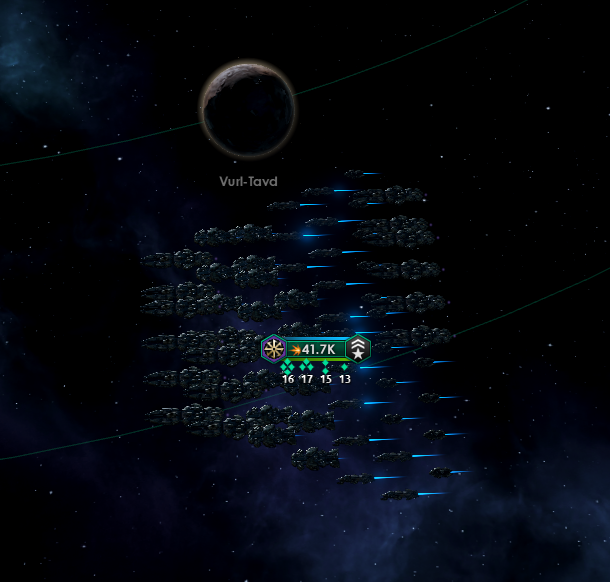 That's all for this week! Next week we'll talking about yet more features and changes coming in Heinlein.
Last edited: Aug 15, 2016
Reactions:

Looking really good guys! Can't wait to play it. Somehow, the thing I'm most curious about is the in system civilian traffic to add a little life to star systems. You know, immersion and all
Toggle signature
Proud writer of the Historically correct:
Der Öl krieg - Rommels Vengeance - A alternate El Almein AAR
Reactions:
T

Shit yes, posted exactly in time for lunch reading.
Toggle signature
When you're crowded out by freedom's price and you take a shred of bad advice, the system knows but you're kept underground
When you can't afford a flight to Mars, when you were never born to touch the stars, the endless maze of concrete wears you down
Can you theorize our better lives where the grass is green on the other side? We'd compromise and find a way to thrive
If you're scared of being left behind, then you'd be so disturbed with dreams like mine, the realization that our world's alive
Reactions:

Were defence stations made stronger/cheaper to be cost-effective defense?
Will they have dedicated segments for XL weapons?
Do flak cannons go into PD or XL slot?
Toggle signature
“Evil cannot create anything new, they can only corrupt and ruin what good forces have invented or made.”
Reactions:

Good changes overall. Better roles for the ship classes and some rock-paper-scissors mechanics for them should stop the game from becoming basically easy mode once you can research lances, and some logic in formations will remove a lot of micro-management.

Emergency FTL should get a lower cooldown (or none at all) if the risk is increased -- that way it can be useful again for science ships accidentally coming across enemies and the like.
Reactions:

Wow, a large number of changesI didn't see any of the special utility slots though, so I'm keen to see what they will be like
Reactions:

I'm concerned that this could be an overcorrection for existing problems. Will there still be possibilities for various ships to fulfill unconventional roles? At the moment a player can adapt his navy for a number of purposes, including highly specialized roles beyond those that have been outlined in this Dev Diary. My concern is that with these changes the player is going to be locked into far less overall strategic choices for their fleets.
Toggle signature
Elf Kill Count: 0 (Awaiting Runemaster)
Reactions:

Thanks Wiz. Could you also change the layout so that my fleet of battleships doesn't head towards the enemy in a triangle? At the moment only my front ship gets to fire for the first few days, and by the time the rest of the fleet is in range that front ship has taken a bit of a pounding. I want them to advance in a sort of line so that they all start firing at once without leaving one ship out at the front on her own.
Reactions:

Something I would consider is removing the ability to upgrade ships. It doesn't really make sense, being able to just rebuild the things in a totally different configuration, and I think it actually detracts from the feeling of making technological progress. Also, I often need to interrupt my fleet half-way through upgrading, and it feels wrong that I can do that. You'd obviously need to be able to junk obsolete vessels for resources, or something similar, if you went down that route. It would also make giving ships to an ally more attractive.
Think about, say, the first Honor Harrington book, where she has to use some experimental model ship with an ineffective weapon configuration, or about that series as a whole (or the CRN, or a bunch of others), where the gradual phasing in of new models over the course of the war is a theme. I'd really like to see something like that in Stellaris.
Reactions:

Cultist of the Unbidden

I sure hope Tachyon Lances etc get a buff then? My Battleships used to have 5+ of 'em

Also I weep for the loss of the glorious long-range lasershow that's tachyon-destroyer fleets
Toggle signature
Do you have a moment to talk about our extradimensional saviours?
Reactions:

@Wiz Please tell me that Federation Policies and Alliance Objectives are still a thing. This and the mid-game events (you already confirmed were in Heinlein) are things I am looking forward to in this patch.
Reactions:

I like the idea of these aura flagships, great DD.

I wonder how potential superships like a Leviathan would play into this system, though. if they geta dded, that is.
Reactions:

Were defence stations made stronger/cheaper to be cost-effective defense?
Will they have dedicated segments for XL weapons?
Do flak cannons go into PD or XL slot?
Click to expand...

We're reviewing defense stations and seeing how feasible it is to put X-large weapons on them.
Toggle signature
For every complex problem there is an answer that is clear, simple, and wrong.

Abnwtwtud said:
I'm concerned that this could be an overcorrection for existing problems. Will there still be possibilities for various ships to fulfill unconventional roles? At the moment a player can adapt his navy for a number of purposes, including highly specialized roles beyond those that have been outlined in this Dev Diary. My concern is that with these changes the player is going to be locked into far less overall strategic choices for their fleets.
Click to expand...

You can still design unconventionally, like anti-corvette corvettes or long-range destroyers. Some unconventional designs won't be available though (like battleships that are strong against corvettes) because it would nullify the entire point of the roles.
Toggle signature
For every complex problem there is an answer that is clear, simple, and wrong.

So will anything be done to allow science ships to explore in the early game without dying as soon as they run into any sort of hostility?
Reactions:

But PLEASE PLEASE PLEASE take your time and test it carefully! I'd rather wait 1 or 2 extra weeks then have to mess around with broken stuff like we have it now!
Reactions:

We're reviewing defense stations and seeing how feasible it is to put X-large weapons on them.
Click to expand...

My favorite Game in years and it gets better and better!
Reactions:
A

These look like great changes, any word on whether any mid game content will be included in the up coming patch?

I have to be honest, i dont like the sound of these ship changes at all..
The entire joy and drive to further technological advancement and industrial output in these types of games, is the allure of building massive ships with loads of guns (small guns, even, if you wish to be efficent against small ships, but then you will be woefully weak to other big ships).

Many many games managed to do this. Distant Worlds for example. Star Ruler, is another.
I just immediately feel "bored" when i hear stuff like "torpedoes can ONLY be fitted on corvettes, because game logic". Or "battleships cant fit many small weapons, because game balance."
Perhaps one should find a better way to balance it then, rather than destroy the fun allure of big capital ships?
And classifying Cruisers as "short range brawler Battleship killers" makes no sense. A cruiser has never been a short range brawler in any sense of the word.
And classing Corvettes as "anti-battleship" also sounds ridiculous, just the concept of it. The entire point of a massive expensive Battleship is to be safe from and dangerous to Corvettes.

I've played many other games where there is a rock-paper-scissors type of balancing, but not where it just sounds so weird as this dev diary makes it seem.
There are a hundred other ways to balance things while still having big ships be big and powerful, against smaller ships.
Upkeep. Cost. Research. Speed. Maneuverability. To-hit ratio. Fleet support point cost. Unique resource requirements and upkeep.
So many ways. Instead of just nerfing the entire concept down to being an artillery piece that's "vulnerable to corvettes". Silly.
Reactions:
Show hidden low quality content