Jump to latest Follow Reply
Menu
Install the app
You are using an out of date browser. It may not display this or other websites correctly.
You should upgrade or use an alternative browser.
Stellaris 48208 Bug Reports 28352 Suggestions 17500 Tech Support 2707 Multiplayer 365 User Mods 4486 Stellaris AAR (After Action Reports) Console edition 1149
Previous dev diary Next dev diary
Show only dev responses

We’re getting close to release and there is not much left to talk about that we haven’t already covered. The only remaining major feature is, I believe, the “Late Game Crises” events, and I really don’t want to spoil them, so bear with me if I’m being slightly vague this time… 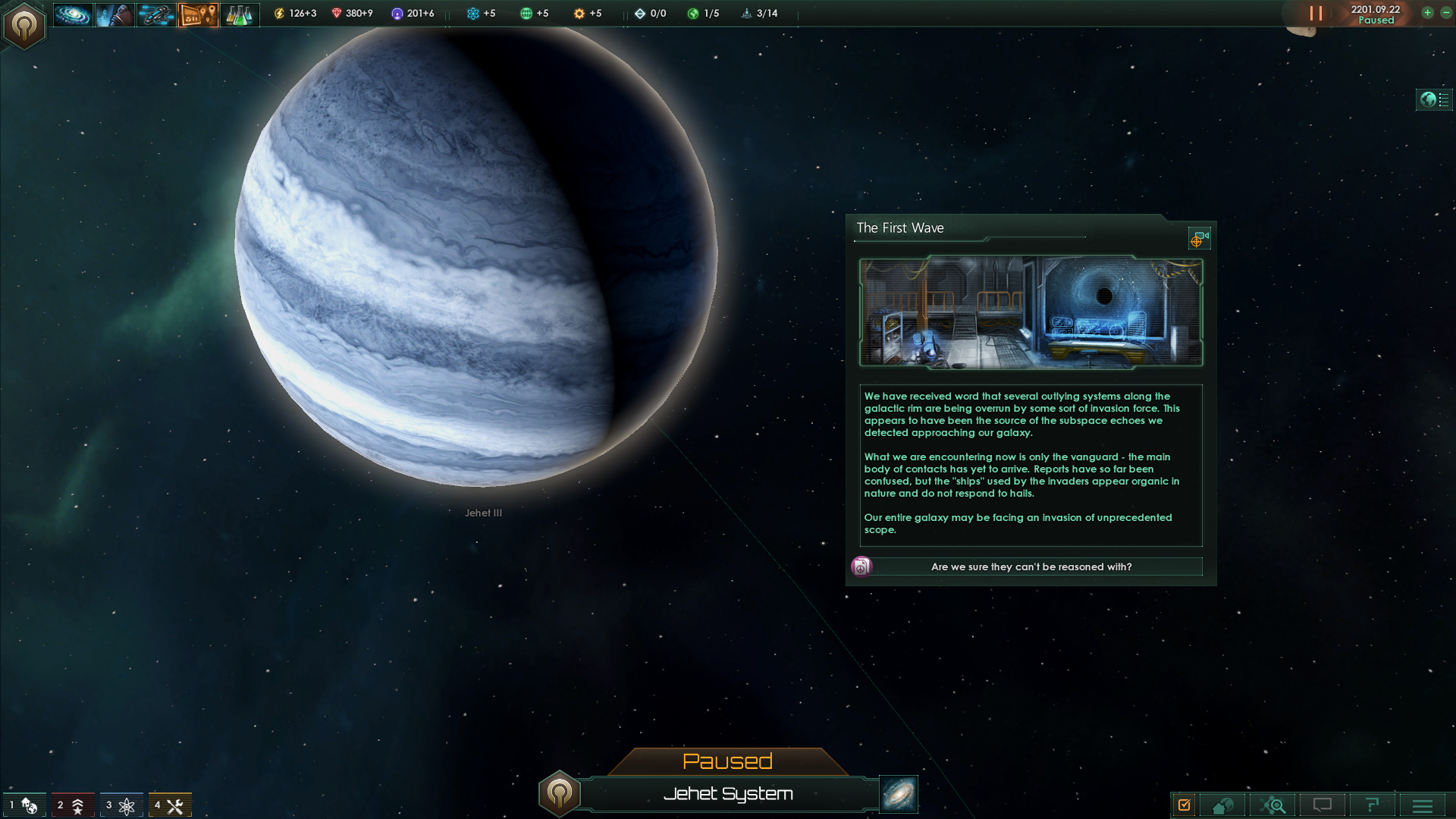 Now, last week I talked about how large empires will have to worry about keeping all manner of political Factions in check. This is one of the ways we try to keep the game interesting and challenging past that crucial point when you often tend to lose interest in most strategy games and feel that you’ve already won. It’s not much fun to spend hours of your life mopping up the final resistance just so you’ll get to see that sweet acknowledgement saying “Victory!”. Another way to keep a game interesting is through random occurrences that can upset your plans even at a very late stage. This is where dangerous technologies and late game crises enter the picture. 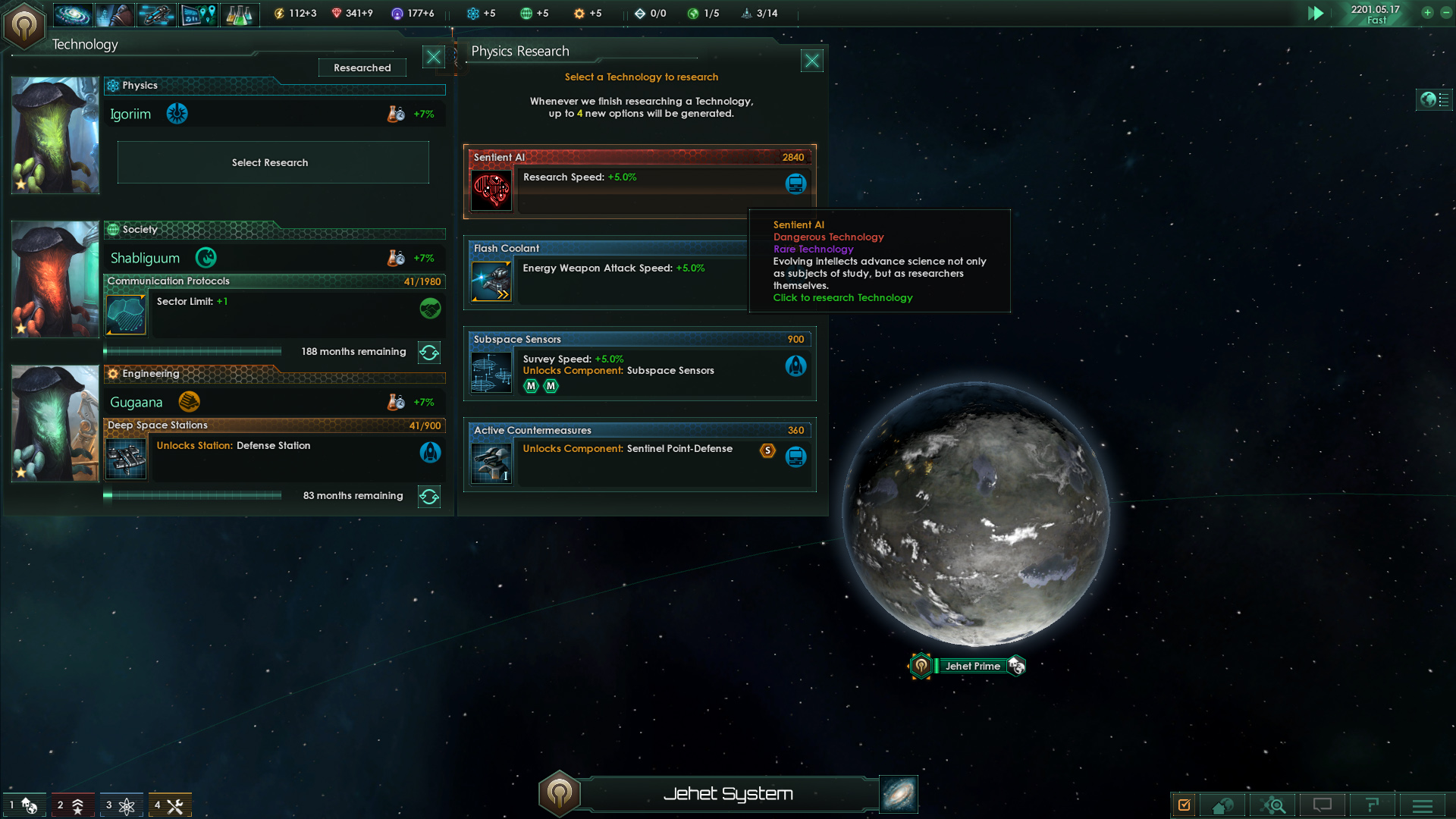 Some technologies are clearly marked as being “risky”, for example Robot Workers. Now, you might not always risk having your victory snatched out of your grasp, but in this case at least, you really are gambling with the fate of the galaxy. Just researching such a technology is safe; it’s the actual use of it that carries the danger. For example, the more sentient Robot Pops there are in the galaxy, the higher the risk is that they will come to deem organic life unfit to exist and rise up in a well-planned revolt. Unless crushed quickly and with overwhelming force, such a Machine Empire will quickly get out of hand and threaten all the remaining empires in the galaxy. Sentient robots will out-research and outproduce everyone. If the revolt is centered in a powerful rival empire, you’ll need to think carefully about when you want to intervene; a savvy player might time it just right and be able to mop up both the robots and the remnants of the rival empire. Leave it too long, however, and the robots will overwhelm you. 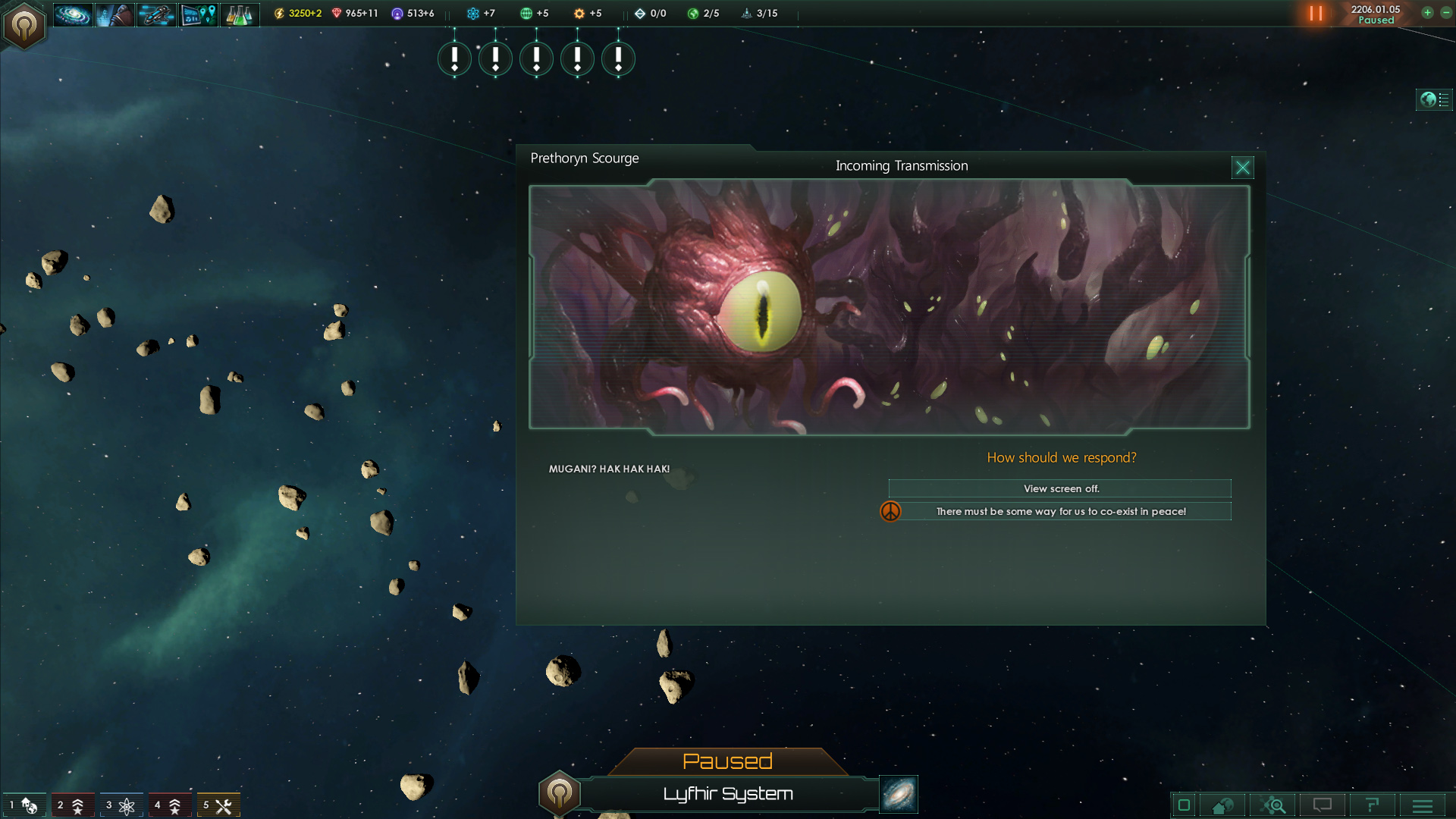 The idea is that you will usually see one of the possible late game crises every time you play, but the chances increase the longer it takes you to win. However, it’s very rare to see more than one in the same game. The different threats vary in nature and behaviour, and can offer opportunities as well as posing an enormous danger to your survival. For example, it might be possible to reverse engineer some really unique technologies from these galactic threats, but the geography of the galaxy might also change in your favor…

That’s it for now my friends! Next week, we’ll change tack completely, and do a two-part, in-depth guide for modders.
Last edited by a moderator: May 9, 2016
Reactions:

Thank you and may we all #MakeSpaceGreatAgain
Reactions:

Question: is possible for sentient robot to became your dominant and only pop, without any AI revolution?
Toggle signature
01_EMBASSY_PROPOSE
Reactions:

ph'nglui mglw'nafh Cthulhu R'lyeh wgah'nagl fhtagn!!!!!
Toggle signature
If it moves, you should eat it.
Reactions:

Seriously this looks really cool and I like that it's only partially randomized. Does the game continue once / if you've seen off said challenge so you can keep playing, essentially, for as long as you like?
Toggle signature
01_EMBASSY_PROPOSE
Reactions:

@Doomdark Actually a question from last weeks DD, but one that was never answered. If we don't spend influence on a preference candidate in elections is the "random" result just an equal chance of any candidate, or is it weighted at all based on their suitability/support etc

DAMN, same message same time. Hello fellow cultist of the great ones
Toggle signature
If it moves, you should eat it.
Reactions:

Robots taking over one empire and afterwards threatening everyone is pretty neat. If they are a threat to a big player empire.
Reactions:
G

Whelp, my hype has reached a point where I've decided the only recourse is an elaborate heist of the game from Paradox HQ. I'm going to need a loner hacker with nothing to lose, an elite cat burglar or gymnast, a charismatic con artist, and a safe cracker with a mysterious past. Who's in?
Toggle signature
Elf Kill Count: 0 (Awaiting Runemaster)
Reactions:

@Doomdark, is it possible to have multiple LGCs at once? Could we see the Hak Hak Hak invading and finding the Mugani at war with machines?
Reactions: