Jump to latest Follow Reply
Menu
Install the app
You are using an out of date browser. It may not display this or other websites correctly.
You should upgrade or use an alternative browser.
Stellaris 47790 Bug Reports 28009 Suggestions 17202 Tech Support 2659 Multiplayer 363 User Mods 4461 Stellaris AAR (After Action Reports) Console edition 1141
Previous dev diary Next dev diary
Show only dev responses 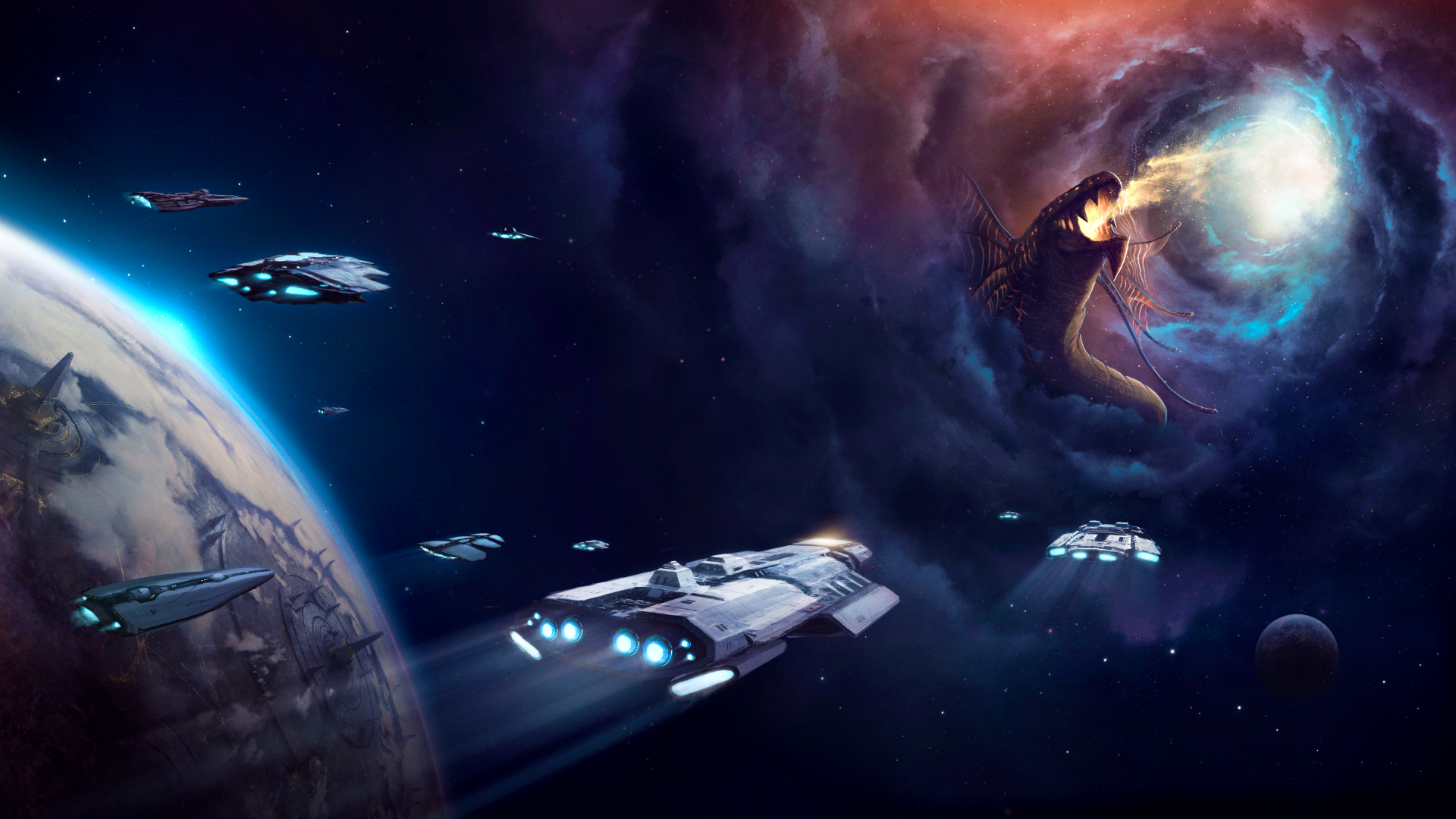 I know that we said that we weren’t going to be updating the 3.6 “Orion” Open Beta branch again, but since the Thanksgiving holidays are coming in the US, I’ve asked for one last update to be pushed to the open beta branch, with a potential release candidate.

This update should be going up right about now, so you get this week's dev diary a day earlier than usual.

Release Candidate, does that mean…?​

Yes, Orion will be released soon. We’re currently targeting the 29th of November unless unexpected issues arise from this final (really!) beta release.

Here are the complete notes for Stellaris 3.6.0 “Orion”.

The Stellaris 3.6 “Orion” update includes many changes to combat. More counters should exist for different strategies, and mixed fleets should be more viable than before, covering for the weaknesses of other ship types.

Final Comments on the Open Beta​

Due to the incredible success of the Orion Open Beta, we’re very likely to do similar releases in the future. Thank you all again for your help - Orion’s in much better shape thanks to your feedback.

I intend on pursuing a smaller set of changes for the next one - testing out a limited set of AI vassalization acceptance changes as the next Open Beta, and possibly some economic tweaks.

The Canis Minor update will follow Orion in Q1 of 2023, and among other things it will include some of the feedback from the Orion beta that we weren’t able to address for 3.6, and further combat adjustments based on live observation.

This includes things such as a rebalancing of technologies to make the Engineering branch less heavy compared to the other two. I’ll go into the other things planned for the update in the new year.

One of Ptolemy’s constellations, Canis Minor is the little dog that follows the hunter Orion. 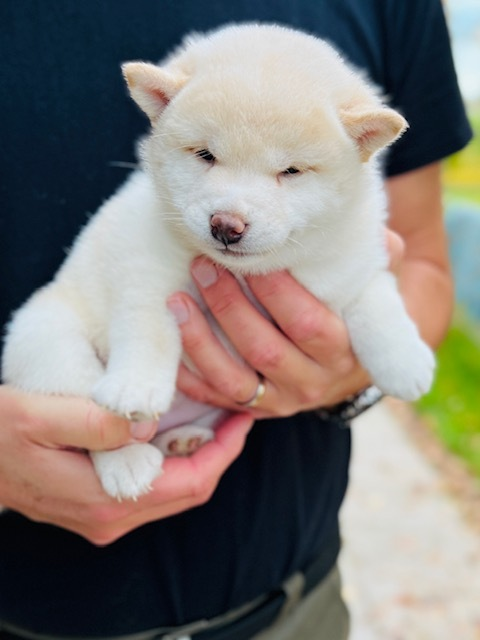 Meet Tofu, the little dog that follows our QA Director.​
That’s it for today. Enjoy the release candidate!

Please note that the 3.6 "Orion" Open Beta is an optional beta patch. You have to manually opt in to access it.

I haven't read all the notes yet, I'm just here to comment that Tofu is adorable and I hope we get more adorable tiny pupper pictures with every diary about the Canis Minor patch.
Reactions:

Can you please reduce the notification spam from terraforming candidates discovery? Since you're going to put them on the galaxy map, you can safely remove the event that fires every time our science ships find one.
Reactions:

Would it be possible to get the differences in this beta branch to the last one as a list or in a different colour on this list somehow? It's really time intensive to go through the full list and compare it to the 2 previous beta version lists.
Reactions:

Great. Tofu will never taste the same again.
Also, it would be great, if you can format the new changes since last patchnotes in bold, or something, just to not read the same all over again.

Oh,... by the way: Are you going to do something about this small issue?

Is the new politics tradition tree still coming in 3.6? Don't see it listed in the notes above.
Reactions:

Troyen said:
Is the new politics tradition tree still coming in 3.6? Don't see it listed in the notes above.
Click to expand...

Yes, it's still in. Updated the notes to bring it back.
Toggle signature
The exploding starships! The screaming crew!
The direct hits, the cunning escapes!
These are the moments we live for!
I sometimes write things on Mastodon and Twitter too.​
Reactions:

So did DA's Crucible Worlds get buffed in any way?
Or any changes to the lackluster synthetic path for the other ME's?
Reactions:

Toggle signature
No limitations - Megastructures The perfect mod for building them everywhere.
Reactions:

I've experienced this on every version of the beta so far. It is just a bug with the beta itself and should not transfer to the live branch when it becomes available, from my understanding.
Toggle signature
Follow Stellaris
----------------
YouTube: https://www.youtube.com/c/StellarisOfficial
Twitter: http://twitter.com/StellarisGame
Facebook: https://www.facebook.com/StellarisGame
Discord: http://discord.gg/stellarisofficial
Reactions:

Are we still getting increased pre sapient spawn rates?

Kiwibaum said:
Would it be possible to get the differences in this beta branch to the last one as a list or in a different colour on this list somehow? It's really time intensive to go through the full list and compare it to the 2 previous beta version lists.
Click to expand...

I second this motion. Please for the love of god I have no idea what changed XD
Reactions:
N

Are there any changes compared to the last version of the beta?
Toggle signature
Sit now there, and look out upon the lands where evil and despair shall come to those whom thou allied. Thou hast dared to mock me, and to question the power of France, master of the fates of Europe. Therefore with my explorers thou shalt see, and with my spies thou shalt hear; and never shall thou be released from vassalage until all is fulfilled unto its bitter end.

I hope the fleet can be arranged in order
Just like the planets
Reactions:
D

Dryvus said:
I don't understand why torpedoes do more damage to larger ships. Wouldn't they do proportionally more damage to smaller ships instead?
Click to expand...

It's just an improvement for balance sake. Currently there is no point in building small ships, and devs are trying to change meta. As for now, you can spam titans, battleships and cruisers, ignoring completely corvets and destroyers, because they can be almost (or completely) one shoted.
Reactions:

Also reading and translating patch note I've noticed the decision "Expand the Planetary Sea". Worlds themselves are called ocean worlds, so why the decision is about sea? Ocean is way bigger than sea and sea is surrounded (partialy or completely) by land, which is definitely not the case for oceanic worlds. One of those things you think about before sleeping, you know
Reactions:
Show hidden low quality content
You must log in or register to reply here.
Share:
Facebook Twitter Reddit Tumblr WhatsApp Share Link
Top Bottom