Jump to latest Follow Reply
Menu
Install the app
You are using an out of date browser. It may not display this or other websites correctly.
You should upgrade or use an alternative browser.
Stellaris 47835 Bug Reports 28059 Suggestions 17240 Tech Support 2665 Multiplayer 363 User Mods 4463 Stellaris AAR (After Action Reports) Console edition 1141
Previous dev diary Next dev diary
Show only dev responses 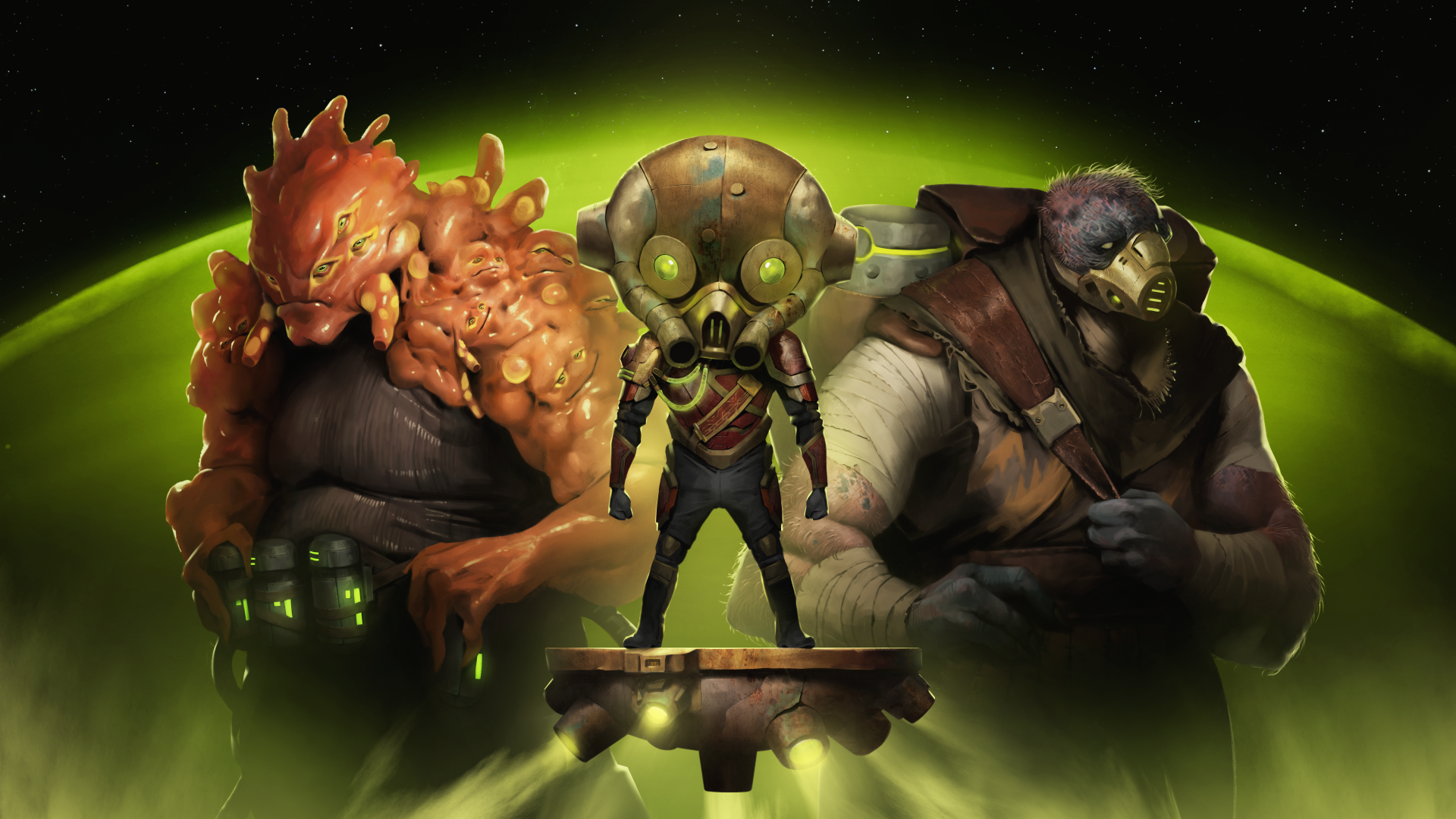 Today we’re announcing our next Species Pack that will be released alongside the 3.5 “Fornax” update, the Toxoids!

Whether you burn the future for the benefit of today or scavenge the past, Toxoids are survivors. Toxoids gives you the chance to gamble the future of your planets for immediate gains, and make the tough sacrifices necessary to survive a hostile galaxy.


The Toxoids Species Pack will be bubbling over with things such as:

The Toxoids Species Pack and the Stellaris 3.5 “Fornax” update will be released on September 20, 2022, and will be playable at PDXCon this Friday and Saturday at Münchenbryggeriet here in Stockholm.

We’ll be moving to a rapid dev diary release schedule for the next few weeks as we attempt to cover everything that’s in the Toxoids Species Pack. We’ll see you next Tuesday with the next Stellaris Dev Diary.

Will they interact with Toxic worlds?
Toggle signature
Sit now there, and look out upon the lands where evil and despair shall come to those whom thou allied. Thou hast dared to mock me, and to question the power of France, master of the fates of Europe. Therefore with my explorers thou shalt see, and with my spies thou shalt hear; and never shall thou be released from vassalage until all is fulfilled unto its bitter end.

I was not expecting this, but I love it!

Now all we need are energy beings and a Lovecraftian Eldritch Species Pack and we can cool it with the Species Packs!
Toggle signature
Civilisation didn't begin when someone discovered fire. It began when people discovered kindness.
Reactions:

Will they can colonize toxic worlds?
Reactions:

Helicopter200 said:
Will they can colonize toxic worlds?
Click to expand...

Unlikely, considering the descriptions of the origins and civics
Reactions:

Average paradox steam user.
Toggle signature
man is the only animal that refuses to be what he is
Reactions:

Looks awesome, but tbh, it doesn't seem like any of these features are something that fit for the empires I want to play.

Methone said:
Looks awesome, but tbh, it doesn't seem like any of these features are something that fit for the empires I want to play.

Also I am again going to pester; new AI personalities when?
Click to expand...

You'll have to rename to Methane too.
Reactions:

Me_ said:
Will they interact with Toxic worlds?
Click to expand...

Would like to know this as well. I love the aestetic of the pack (respirators, masks and so on) but without a toxic world and a slum/pollution mechanic it would be kinda useless and odd and i may pass.
Toggle signature
"It came to me when I tried to classify your species and I realized that you're not actually mammals. Every mammal on this planet instinctively develops a natural equilibrium with the surrounding environment but you humans do not. You move to an area and you multiply and multiply until every natural resource is consumed and the only way you can survive is to spread to another area. There is another organism on this planet that follows the same pattern. Do you know what it is? A virus. Human beings are a disease, a cancer of this planet. You're a plague and we are the cure."
Agent Smith
Reactions:
M

Me_ said:
Will they interact with Toxic worlds?
Click to expand...

Helicopter200 said:
Will they can colonize toxic worlds?
Click to expand...

From the trailer description:

Toggle signature
This is a link: Click here to see how to properly post code/script on Paradox forums
So if you see text that looks like it in a post, it's most likely a link as well. And if someone posted a link, there's probably a good reason.

Don't forget to upvote bug reports and suggestions you agree with! You can do this by clicking on the top arrow symbol next to the thread/post (left for threads and right for posts).
See that "Like" button on the bottom right of posts? You can hover your mouse pointer on it to see a few more options and give a more appropriate reaction.
Reactions:

Is this the return of the old Repugnant trait? I always loved having it on my main species on Syncretic Evolution. I hope a counterpart for the old Charismatic will eventually arrive as well.
Toggle signature
My suggestions: Improving the Galactic Empire
Reactions:

The 3 portraits in the video thumbnail and the ships in the Screenshot look great.
Reactions:

Knights of the toxic god looks like it could be an interesting story origin, and some of the species traits might be neat. Most looking forward to however using a horrible toxic monster portrait and charismatic trait and environmentalist civic
Reactions:

It sounds fun, but hard to balance.

Regarding Knights of the Toxic God.
Might this interact with the psionic ascension?
As in, does the Shroud have a god of decay, change, rebirth, etc? Is the God jolly?
I sure hope so.(wink, nudge)
Reactions:
D

This is cool, love the concept, but my biggest wish is for another story pack. Perhaps some events related to the galactic core? I know the Giga mod has done this, but I'd love to see some official content for it. Or like others have mentioned in the past, a pure energy species pack. Like the unbidden.
Reactions: