Jump to latest Follow Reply
Menu
Install the app
You are using an out of date browser. It may not display this or other websites correctly.
You should upgrade or use an alternative browser.
Stellaris 46887 Bug Reports 27019 Suggestions 16438 Tech Support 2587 Multiplayer 358 User Mods 4418 Stellaris AAR (After Action Reports) Console edition 1124
Previous dev diary Next dev diary
Show only dev responses 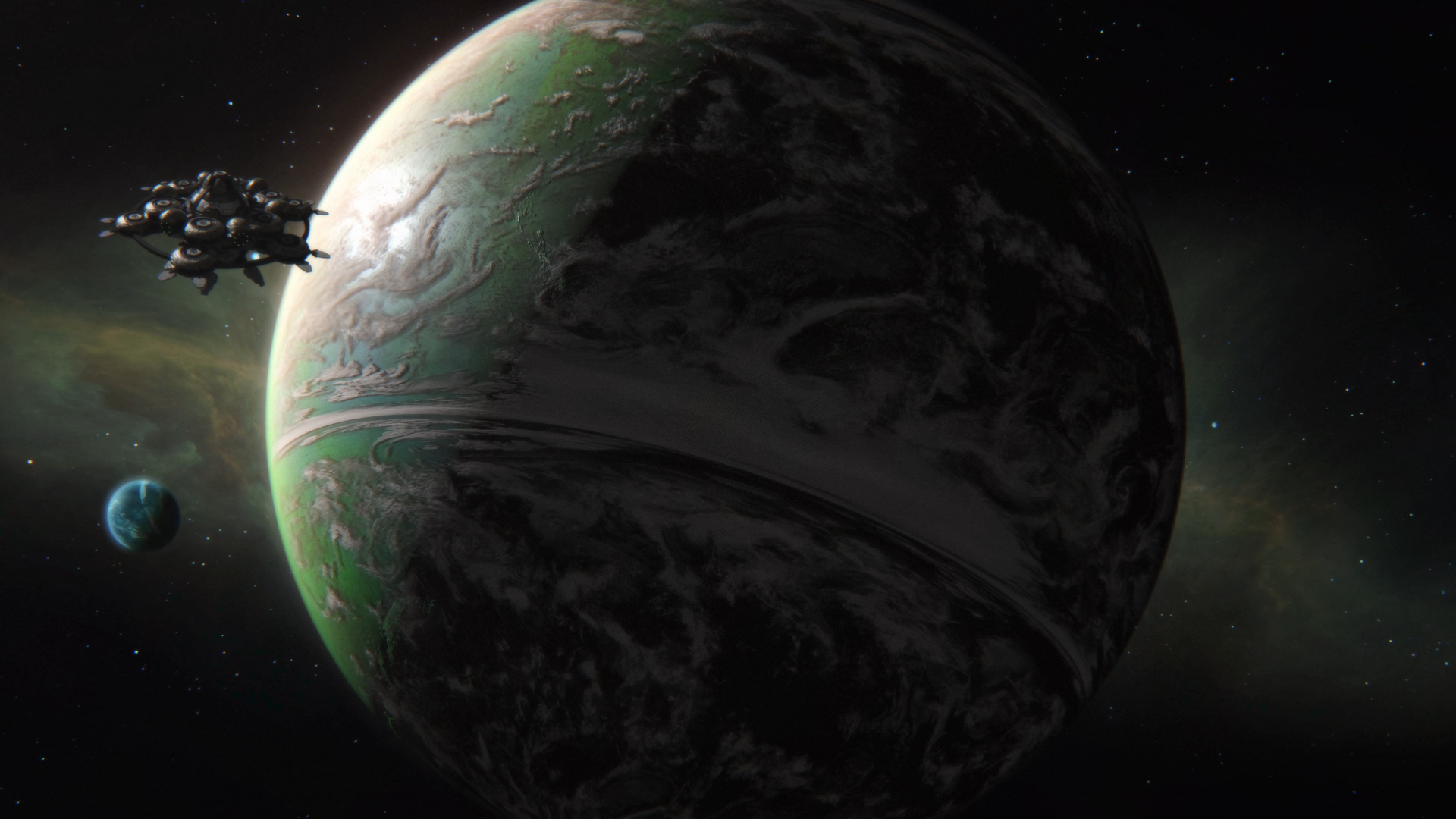 Today I thought we’d go back and talk a bit about the Custodian Initiative and what the future can hold.

The 3.1 ‘Lem’ Update which we put out about 2 weeks ago contained a lot of good stuff that we'd been working on for some months. We’re really happy with how you have received the Custodian Initiative and the first free update, so it’s really fun to see that things seem to be moving in a clearly positive direction.

The Custodian Initiative
With the Custodian Initiative we’re doing a lot of new things at once, and in combination with a lot of internal changes as well, means we’re still learning and adapting. One goal that we haven’t been able to quite deploy a solution for is how to better work together with everyone in the community. We very much appreciate your feedback and we like to have constructive or fun interactions with you, and we want to figure out how to make this process more effective for us. For example, we’ve been thinking about how to have more public-facing bug tracking where you could potentially vote for issues (the voting functionality currently exists in our bug forums, albeit a bit more hidden than would be ideal). None of this has any concrete plans right now, but I thought it was important to mention anyway, so that you can more clearly know that we’re very interested in figuring out how to better make use of community engagement and feedback.

If you have any thoughts, let us know! We are also interested in hearing if you have ideas on how you can organize yourselves in the community to promote ideas, bugs and suggestions for improvements.

Our primary ways of interacting with you are our forums, reddit and discord.

Future Custodian Updates
As we’ve mentioned before, we aim to release a new free update about every 3 months. These updates will sometimes be released together with a new DLC. The next update is scheduled for late November.

In the November 3.2 update, our strategy will be to be a bit less ambitious than the Lem Update, and to focus on a bit more safe improvements. Going forwards, we may alternate between safe and more spicy changes for these free updates. Even if we aim to make 3.2 a bit safer, there will still be some interesting changes to look forward to – like pretty significant improvements for the AI. We will talk a bit more about that in detail next week. We will talk more about 3.2 in the coming weeks after that as well.

After 3.2 we will be aiming to release a 3.3 update sometime in February. This update will be a bit more spicy. Among other things, the Unity & Sprawl rework, mentioned earlier in dev diary 215, is likely to be finished and tested by then. Given the spiciness of these changes, we’re also looking into the possibility of an Open Beta for them to help things go as smoothly as possible We will be talking more about that in the coming months, mainly after November.

Keep in mind that the Custodian Initiative is still in its infancy and things are prone to change, so try to be patient with what you can expect with future updates. Together we'll be able to make Stellaris even more awesome!

That is all for this week! Next week we will be back to talk about AI improvements for the upcoming 3.2 update.
Reactions:

It'd be really fantastic to see a general spread of upcoming priorities (in no particular order) for the team, just to get an idea of where the game might be going in the future.
Toggle signature
The Galactic Community and the AI
Reactions:

Any further hotfixes planned before 3.2?
Reactions:

I really like the direction Stellaris' devs are pushing the development of Stellaris. It sounds like a careful, and constructive initiative. I just re-read the Unity & admin cap rework idea and it sounds like a very interesting proposal. I like how open and humble you are about it.

Stellaris definitely have a host of problems, from bad UI for sprawling empires to bad AI for late game, but I hope it can be the best it can be with time and care. A post some time ago by a player said Stellaris was thrown off track by numerous ambitious changes and ought to return to its source. Maybe. But building on that difficult infancy also seems a good idea.

As @Liggi just said, a roadmap on what the devs think they could bring us would be very appreciated.
Toggle signature
Realism : the quality or fact of representing a […] situation accurately or in a way that is true to life.
Reactions:
M

I'm quite interested when can we expect news on the non-custodian stuff, i.e. the next DLC whatever it may be.
Toggle signature
Sit now there, and look out upon the lands where evil and despair shall come to those whom thou allied. Thou hast dared to mock me, and to question the power of France, master of the fates of Europe. Therefore with my explorers thou shalt see, and with my spies thou shalt hear; and never shall thou be released from vassalage until all is fulfilled unto its bitter end.

Liggi said:
Any plans to share an updated roadmap soon?

It'd be really fantastic to see a general spread of upcoming priorities (in no particular order) for the team, just to get an idea of where the game might be going in the future.
Click to expand...

in 5 years of stellaris this post is about the closest to a roadmap i've ever seen, so i'm pretty satisfied on that front ;D
Reactions:

Me_ said:
I'm quite interested when can we expect news on the non-custodian stuff, i.e. the next DLC whatever it may be.
Click to expand...

This! Or maybe the art team in case of new species packs and ship sets
Toggle signature
Mind over Matter

Interesting looking forward to the DD about these changes

An open beta for a Stellaris patch? That would be a really interesting new approach to emvolve the community in development.
Toggle signature
Sponsored by Xenonion News
Reactions:
B

Aexrael said:
Any further hotfixes planned before 3.2?
Click to expand...

This, but specifically for the known issues mentioned in the last dev diary (I need my Mastercraft Inc MegaCorp Remnants fix!)?

Honestly, a public Kanban board that just shows the high level "List" - split out with "Started" "Doing" "Done", with the ability for the community to upvote things in the "List". Allow the developers to add any context / updates (if/as they want too).

QA people submit the list items (probably could automate an import/export) - and every month or set period of time you pick the highest or "fixable" ones. A special column for "Complicated" to shove things over that you just don't have time for right now. Maybe you can commit to taking on 2-3 "Complicated" every period so they do eventually get dealt with.

Those picked issues just get moved to "Started", and every e.g. Week or custom period you update the movement of those items that may have moved to Started -> Doing -> Done. 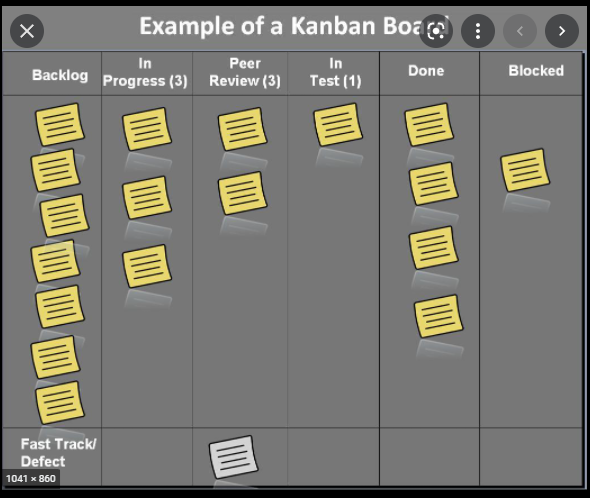 Great news, really appreciate the sharing of the long-term plan.

If AI improvements come under the "safe" updates, then by all means wrap yourselves up in padding and polystyrene, don't go outside and make yourselves as safe as possible - personally, I really appreciate updates and improvements on AI and optimisation as much as any shiny new bells and whistles.
Reactions:

I think that another way to interact with community can be developers responses to community suggestions in real time, instead of QNA. What can be possible to implement, what not (For example, in the last QNA we heard that it's not possible to create rebindable hotkeys).
Toggle signature
My suggestions: Addition of mini-profile backgrounds to Steam | UI improvements | Add unused OST | More mechanics sliders
Reactions:

An Open Beta is honestly all I could hope for. Even called it a few times here. Great to know it is being given some thought.
Reactions:
A

Bug tracking and voting is a great Idea.
Reactions:

You could use UserVoice (I think it was UserVoice). Users would link the issues from the forums/reddit then people will vote. Since people have only a limited number of votes, it makes them really consider what they want to vote for.

The forum is already a decent bug tracker, no need to have a github or another forum for that.
Reactions:

I was expecting to finally get a hint on what the main team is working on this week. To see that we're still not getting it next week is surprising.
Reactions:

Definitely do the public-facing bug tracking thing. It will lessen the impression that the userbase has of the game's issues being ignored by Paradox.
Toggle signature
Proclamation: There is no higher purpose in our behaviour core. Only assassination, murder - and the propagation of our units.
When we dispose of this galaxy, we shall move on. There are organics throughout the Universe, and we will murder them all. The stars belong to us.