Jump to latest Follow Reply
Menu
Install the app
You are using an out of date browser. It may not display this or other websites correctly.
You should upgrade or use an alternative browser.
Stellaris 47722 Bug Reports 27884 Suggestions 17154 Tech Support 2649 Multiplayer 363 User Mods 4458 Stellaris AAR (After Action Reports) Console edition 1140
Previous dev diary Next dev diary
Show only dev responses 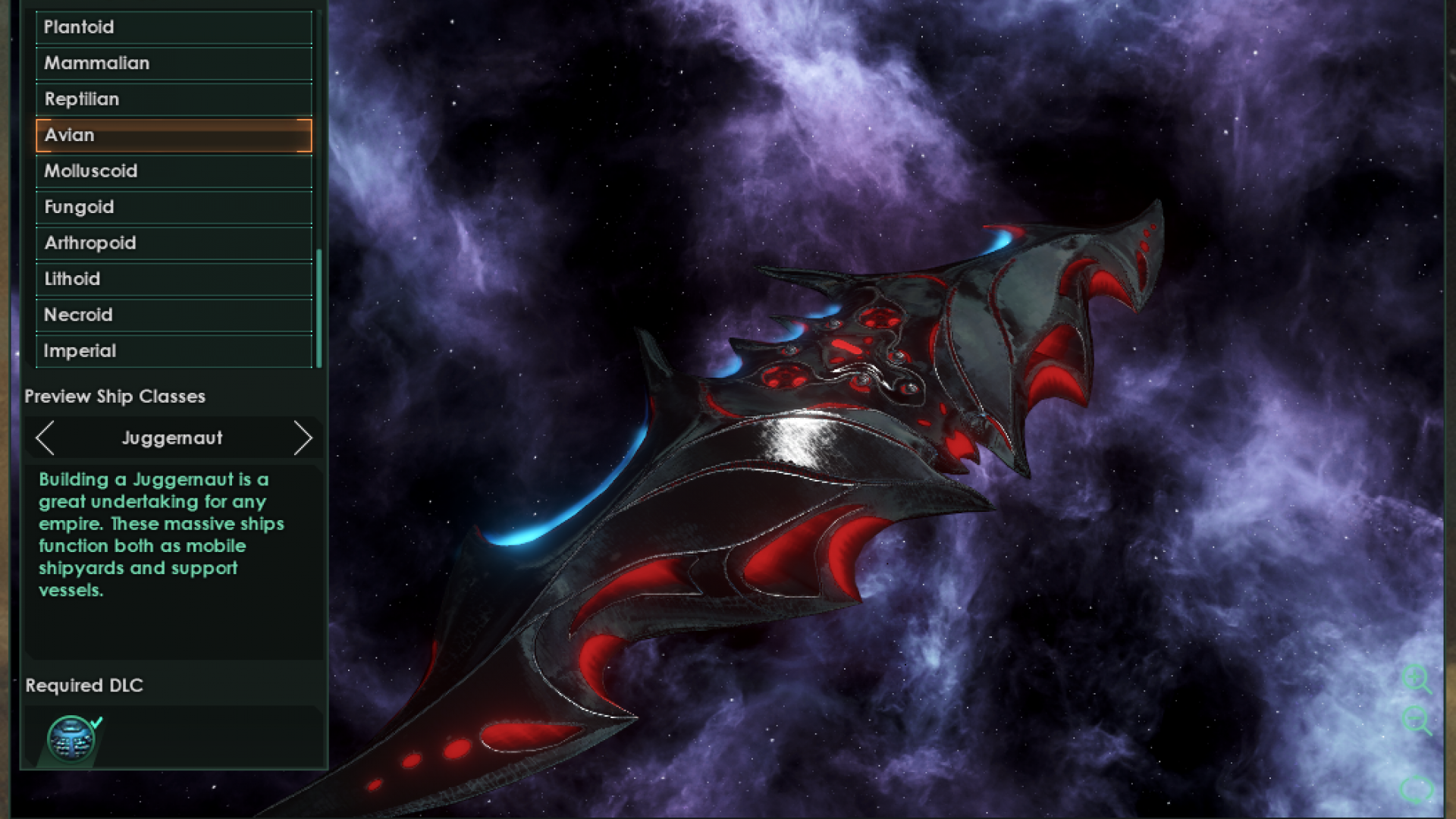 Today I want to talk about two things - one is a new experiment that we are running for an alternative ship appearance browser in empire generation, and the other is the Q&A session that we held during PDXCon.

Currently in Empire creation, when selecting the appearance of your ships, we display a preview of a sample ship utilizing your empire's colors. 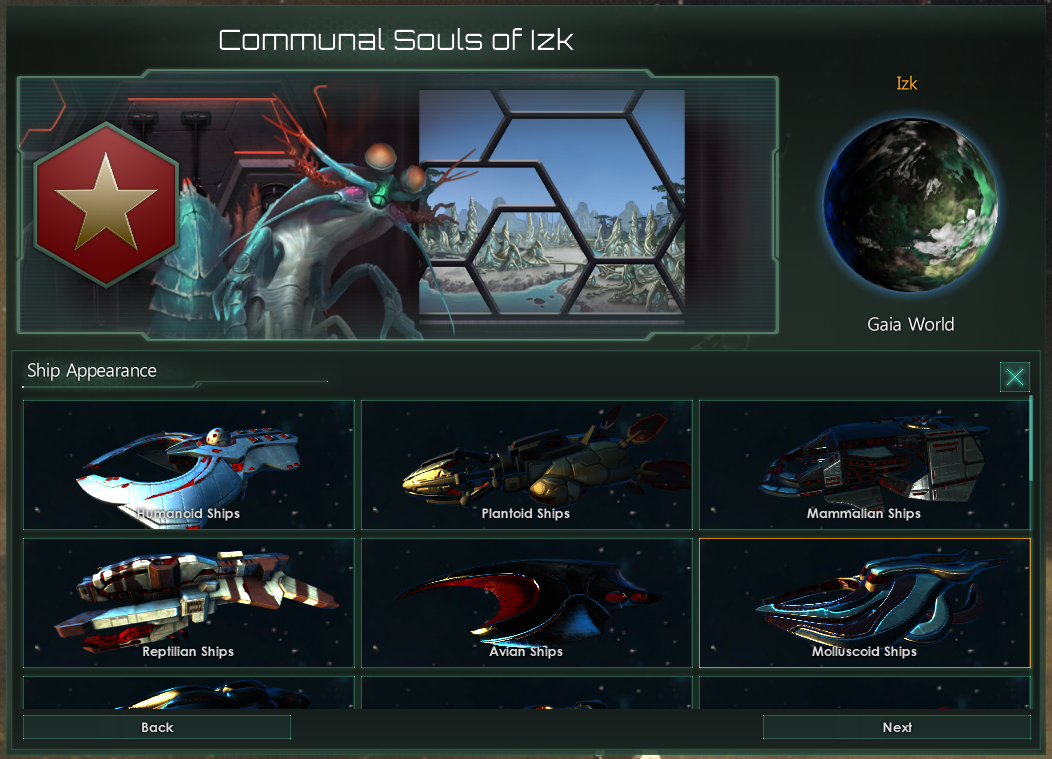 We have a bit of an experiment coming that will be rolling out to a portion of you soon that temporarily replaces this with an in-game ship browser that lets you switch between any ship and manipulate them so you can get a better look at them from different angles. 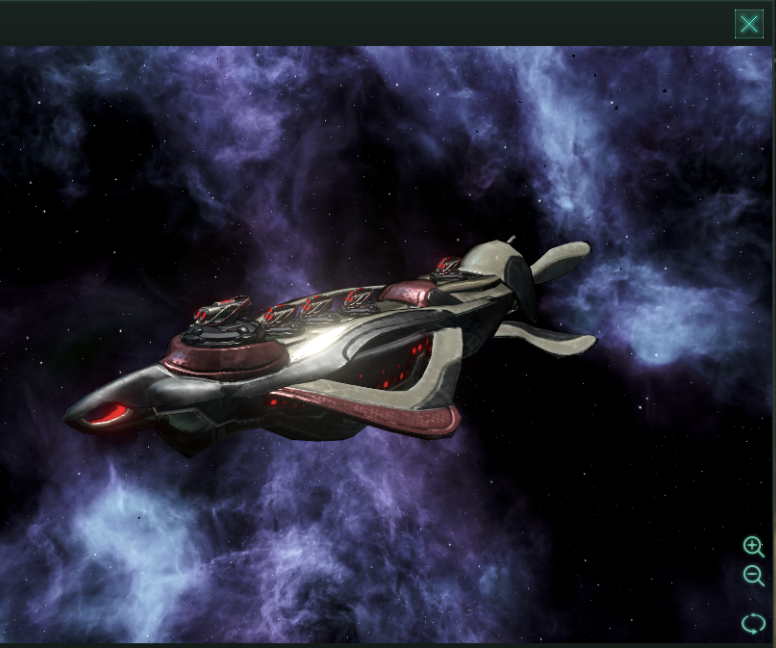 In our quest to constantly improve Stellaris we want to measure what impact a change like this can have, so that it would be easier for us to know how to prioritize these kinds of changes in the future. If everything goes well, the change will become permanent for everyone going forwards.

If you end up in the trial, we'd love to hear what you think of it!

During PDXCon, we hosted a developer Q&A session on the PDXCon Discord server, with seven of us answering almost a hundred of your questions. It was a tremendous amount of fun and we hope to be able to schedule more of these. (Most likely on the Stellaris Official Discord server. Join us!)

Here's the transcript of the questions and the answers.


Next week we'll give an early peek at our autumn plans, after which we will take a break from dev diaries for the summer.

See you next week!
Reactions:

The Idea of alternative galaxy maps setups was really good.

There could be an option when selecting 1000 stars, to have the game make 4 mini galaxies of 250 stars each, connected with wormholes only. Tha would be very interesting to play, and easy to code (reuse existing galaxy generation code, for each of the 4).
Reactions:

tbh, it took a year or so for me to realize the preview ships are all just the science ships. Making it clearer which is which will be better.

Although, the only empire customization feature I want right now is changing my flag while in-game. iirc, becoming the galactic emperor changes your flag automatically, which I see as an unbelievably missed opportunity.
Reactions:

You guys state that you are fans of sci-fi and anime in general, but this game lacks one specific thing both in space and ground combat.

GnoSIS said:
You guys state that are fans of sci fi and anime in general, but this game lacks one specific thing both in space and ground combat.

This is a big glaring absence in Stellaris honestly - there's a total lack of Japanese sci-fi influences. But this may be deliberate, since there's a big difference in tone between western and Japanese sci-fi media. Sure it would be cool to power your transforming mecha ships with the power of pop music and friendship, but would it still feel like Stellaris?
Reactions:

There's a lot of good here, but there's an overwhelming tone that things just aren't on their radar to tackle that's a little worrying.

My absolute pie in the sky hopes based on this would be the following in 3.1:
I'll be happy if we get even half that, though.

One big disappointment I should mention is the answer about leaders. Right now, it's actually detrimental for leaders other than the Chosen One to become immortal, because they go from having no chance of death before lifespan (which is easy to boost forever) to random death. A bit of random deaths would be nice if paired with ways to lower their frequency with techs, and eventually a way to bring back dead leaders (backup copies for machine/synth/bio, Star Trek III for psionic maybe).
Reactions:

Ships are not visible in the galaxy view. Galaxy view is where I spend my time except when in combat, in combat I'm zoomed out to see the positions of the fleets with respect to each other and the system's starbase. I hardly ever get to see the ships. I see the laser beams, plasma shots and torpedoes more than I see ships.
Reactions:

Eladrin said:
[Q]are you satisfied about the pace of the different mechanics of the game (battle and destruction vs fleet rebuilding time, tech curve vs lengh of the game, ship speed vs speed of a war, ...)

[A]I think snowballing is a bit to fast right now, especially tech. I also don't like that Unity is so easy to gain without really having to focus or think about it. A lot of it these issues are compound by the fact that we never got around to properly complete the intended design for empire sprawl / admin cap etc. I have some ideas for how we want to improve that in the future.
Click to expand...

GnoSIS said:
You guys state that are fans of sci fi and anime in general, but this game lacks one specific thing both in space and ground combat.

I mean, as much as I'd like ground combat to get some tasty enhancements, I'm honestly not a big fan of mechs, and if they are implemented, I'd like to see them be more of an optional thing than a requirement. Not a big fan of mechs in space combat, either. That seems like something more suited for the modders to tackle (idk, maybe by making them a form of strike fighter?).
Reactions:

MrFreake_PDX said:
As I mentioned earlier, development time from the game team was not used to implement this feature.

goes back to wishing that my replies showed as a dev reply
Click to expand...

Now this one's referenced in a blue post at least.


GnoSIS said:
You guys state that are fans of sci fi and anime in general, but this game lacks one specific thing both in space and ground combat.

Cybrex Warforms! (Though I guess they wouldn't have a pilot. At best they would be just a passenger.)
Toggle signature
The exploding starships! The screaming crew!
The direct hits, the cunning escapes!
These are the moments we live for!
I sometimes write things on Mastodon too.​
Reactions:

after vic 3 comes eu 5 and after that stellaris 2? on a serious note, more a "how do you people work" do you have a pile of ideas you think you would only implement in stellaris 2?

because in my case brainstorming ideas have to end on some paper somewhere.

Eladrin said:
Cybrex Warforms! (Though I guess they wouldn't have a pilot. At best they would be just a passenger.)
Click to expand...

I want more warforms that are buildable by machine empires!
Toggle signature
Consider a ceramic pot orbiting a sun...

Glad to see you're working on the urgent matters at hands.
Reactions:

xeleth12 said:
Glad to see you're working on the urgent matters at hands.
Click to expand...

As mentioned, development time and resources from the game team was not used for the ship viewer.
Reactions:

no questions about primitives
A

Troyen said:
They just did. Imperator development was paused after the 2.0 release (which was mid-Feb) and the devs reassigned to the other paradox teams. I know Stellaris at least picked up Snow Crystal (IR content designer) and I imagine a number of other people that are less visible on the forums.
Click to expand...

Oh, haven't kept up with the news and didn't knew that. I thought they all went to work on Victoria 3.

King Harkinian said:
Sure it would be cool to power your transforming mecha ships with the power of pop music and friendship, but would it still feel like Stellaris?
Click to expand...

How about depression and daddy issues instead?
Toggle signature
GENERATION 38: The first time you see this, copy it into your sig on any forum and add 1 to the generation. Social experiment.

In case a developer is reading this comment, I hope it answers me these questions: 1. Can you resize ships like mod on Steam? (Obviously it doesn't have to be a realistic scale because otherwise the ships would be invisible); 2. put more events in the game: like a ransom to pay a politician from your empire who has been kidnapped, or escort important people like an envoy from one system to another, events on viruses, revolutions anyway things like that?; 3. put animations like commercial traffic between a space station and a planet, etc.?
thank you.
J

It's especially dense this diary since they didn't even address the current major bug with ship sets. People with the Nemesis DLC are getting the ugly Marauder ship set instead of the tight Crisis ship set.
Reactions: