Jump to latest Follow Reply
Menu
Install the app
You are using an out of date browser. It may not display this or other websites correctly.
You should upgrade or use an alternative browser.
Stellaris 47775 Bug Reports 27979 Suggestions 17191 Tech Support 2656 Multiplayer 363 User Mods 4459 Stellaris AAR (After Action Reports) Console edition 1141
Previous dev diary Next dev diary
Show only dev responses

In our previous dev diary #155 we talked about Origins, and today we will be returned to the topic by going through Origins again, but in more detail.

Please note that although this is a pretty exhaustive list, there is no guarantee that these Origins will necessarily match what will be in Federations once it is released.

What are Origins?
Origins allows you to pick a background story for your empire. An empire can only pick one Origin.​ 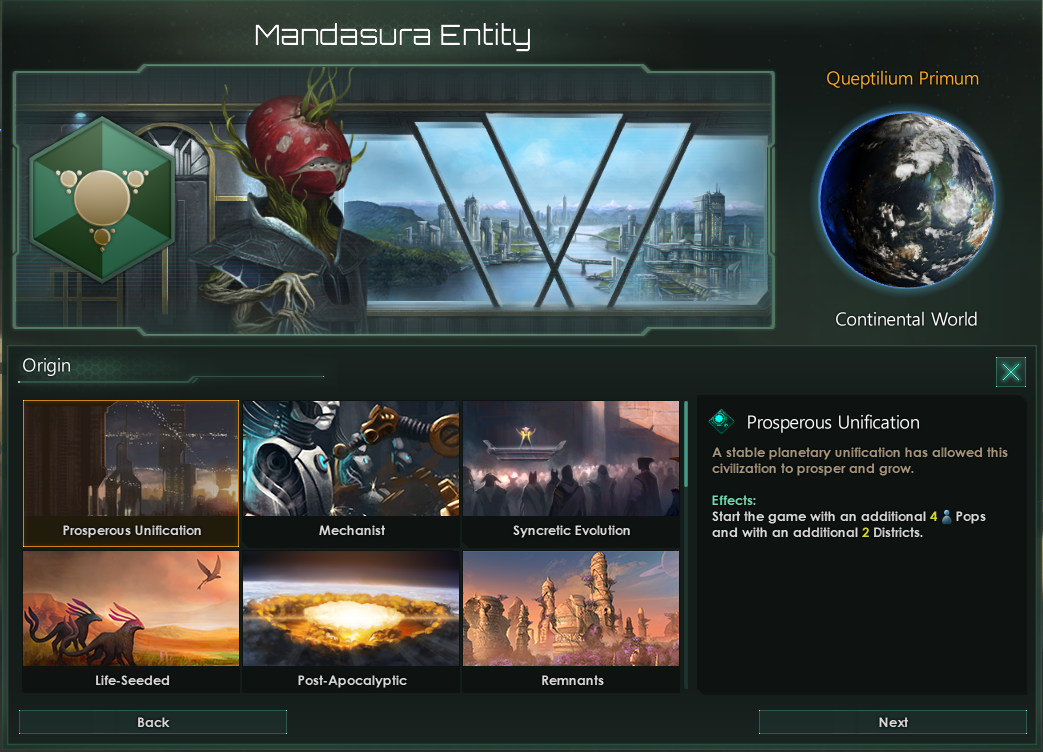 Origins are not meant to be balanced against each other, but rather balanced within themselves (as in they don't start in severe resource deficits or "feel broken" by themselves). There are Origins that are "stronger" than other Origins.

The Origins
Prosperous Unification: Start with 4 additional Pops and 2 additional Districts. (Available to everyone)

Mechanist: Start with 8 Pops being robots, and the ability to build more. (Utopia)

Syncretic Evolution: Start the game with 12 Pops being of another species. (Utopia)

Shattered Ring: Start on a Shattered Ring World. Your empire lives on the only intact section of the ancient megastructure, and it is possible to repair most of the other sections. (Federations) 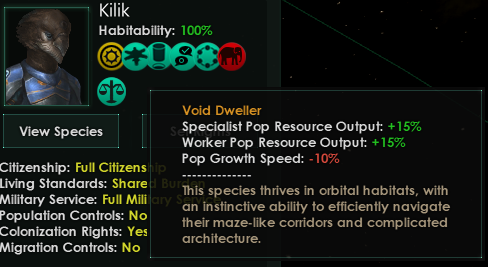 Also starts with Habitat habitability preference.​
Void Dwellers: Start on a Habitat above your destroyed, former homeworld, and with 2 more habitats in your home system. Completely adapted to living in habitats, and start with the technology to build new ones, but also suffers a penalty to living on regular planets. (Federations)

Scion: Start as the vassal of a Fallen Empire. (Federations)

Galactic Doorstep: Start with a dormant Gateway in your home system, which can be investigated and reactivated. (Available to everyone)

Tree of Life: Only for Hive Minds. Start with a powerful Tree of Life on your homeworld. Disastrous if you would somehow lose control of it. Colony ships also plant a sapling on new colonies. (Utopia) 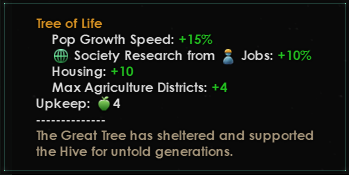 On the Shoulder of Giants: Investigate a series of Archaeological Sites related to a mysterious benefactor. (Federations) 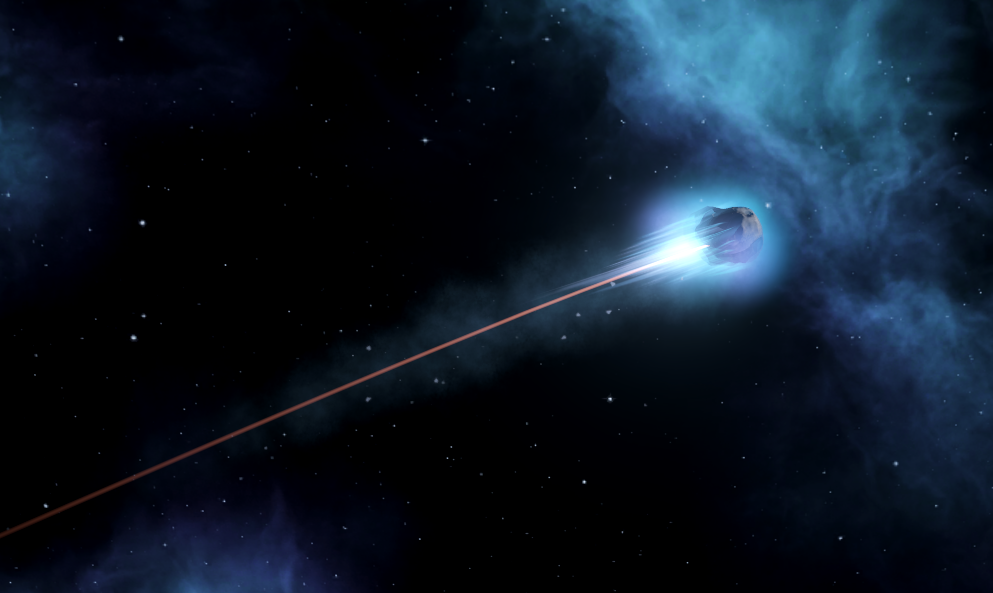 Meteorite colony ship.​
Calamitous Birth: Lithoid Only. Start with a Massive Crater on your Homeworld. You are also able to build Meteorite Colony Ships, which colonize planets in a more dramatic fashion. (Lithoids)

Resource Consolidation: Machines only. Start with a Machine World as your homeworld. (Synthetic Dawn) 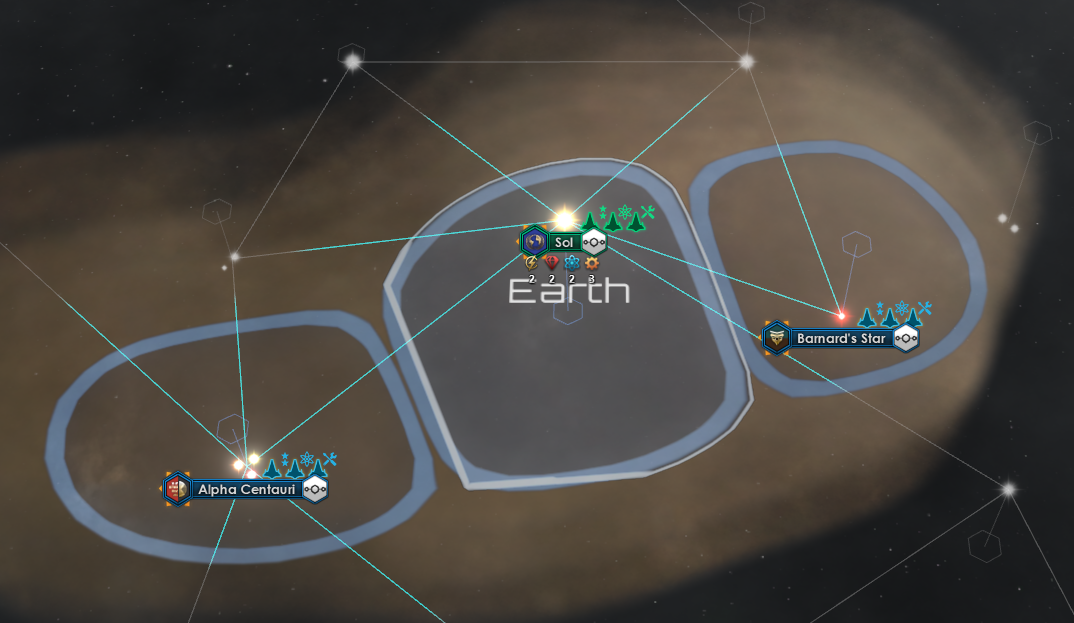 Comfy federalized start.​
Common Ground: Start with as the leader of a Galactic Union federation, and with The Federation tradition unlocked. (Federations)

Hegemon: Start with as the leader of a Hegemony federation, and with The Federation tradition unlocked. (Federations)

Doomsday: Your homeworld is doomed and it will explode after 64 years, so you need to find a new home for your species. (Federations)

Lost Colony: Another empire with the same species as you will exist somewhere in the galaxy. (Available to everyone)

That is it for this week! Next week we will be back and we will be talking about some of the new things affecting diplomacy, such as Envoys.
Last edited: Mar 17, 2020
Reactions:

So what are the chances that you guys will look at the Your ideas for origins thread and use some of those ideas? There are some pretty good ones.
Last edited: Nov 14, 2019
Toggle signature
Stellaris suggestions: Expanding Diplomacy: Bilateral Agreements | Alien lifeforms - animals, plants, fungi: biodiversity for Stellaris | Unique Planetscapes: Individual Planet Variety | New bombardment stance for Devouring Swarms
CK3 suggestions: More memories | Menageries: a pets and animals system | "Request Extradition" interaction

GENERATION 40: The first time you see this, copy it into your sig on any forum and add 1 to the generation. Social experiment.

Are there any bonuses to doomsday to compensate for the fact that you will inevitably lose what will probably be your most productive planet?
Toggle signature
Genius only pawn in game of life.

Shattered Ring: Start on a Shattered Ring World. Your empire lives on the only intact section of the ancient megastructure, and it is possible to repair most of the other sections. (Federations)
Click to expand...

I'm gonna love this origin, but it seems it might be a bit overpowered if it boosts megastructure tech chances like normal ruined ones, and especially if the galactic wonders perk is still dependent on having a repaired megastructure.
A

Awww, that Galactic Doorstep one is disappointing. I was expecting it to be some kind of L Cluster start

Is Doomsday hoing to be used by ai random empires as well? It may be a tad too challenging for them

What about Resource Consolidation?

I really like the look of these though. Also like we don't have a released date. Looking forward to it, but when it's ready
M

Really like the Void Dwellers origins.This will allow for an Eldar-like playthrough.Really looking forward to this.Keep up the good work.

I was totally expecting more civics to be converted to origins. Notably the genocidals and weird ones like Barbaric Despoilers and Inward Perfection.

Is there more to the "Galactic Doorstep" one? I'm a bit confused.... you just have Gateway in your space? Isn't that fairly common with RNG anyway? Is it just a normal gateway? Are there events etc. associated with it?
Toggle signature
The Galactic Community and the AI

I am looking forward to playing a lot of these. Will there be any events tied to origin? It seems like a strong vein for some story potential.

Promethian said:
I was totally expecting more civics to be converted to origins. Notably the genocidals and weird ones like Barbaric Despoilers and Inward Perfection.
Click to expand...

Damn good idea. I wanted to skip Federations DLC because of unplayable mid-late game, but this can make early game more fun and worthwile, so I'll think more

Are the other empires in the federated start your own species, pre-designed like for syncretic or randoms?

Could we get some more details about some of these? Like what habitability trait will Remnants, Shattered Ring, and Void Dwellers get? Is there a chance the gateway for Galactic Doorstep will be other than just a regular dormant gateway? What does Scion entail? Do we get to choose what kind of FE? Will there be significant differences to how it plays depending on what type it ends up being? Will there be any special content for Lost Colony when you find your homeworld?

I feel like I am left with a lot more questions than I thought I would be when it said 'full reveal' at the start. Maybe that's a good thing?
Toggle signature
Tall Tales, a Tall France mini-AAR

I wonder about Calamitous birth. I bet the special colony ship skips the colony set up period but creates a blocker.