Jump to latest Follow Reply
Menu
Install the app
You are using an out of date browser. It may not display this or other websites correctly.
You should upgrade or use an alternative browser.
Stellaris 47311 Bug Reports 27357 Suggestions 16784 Tech Support 2626 Multiplayer 359 User Mods 4441 Stellaris AAR (After Action Reports) Console edition 1135
Previous dev diary Next dev diary
Show only dev responses

We don’t have anything specific to talk about or show, but we thought it would be suitable to let you know we’re still working on the final post-release patch. We’re aiming to release the patch sometime in late February.

Edit:
I want to make it clear that this does not mean we will stop making improvements to the game. We will always continue to support our games, but now we need to focus our efforts into a larger patch instead of continuing to deploy smaller patches. The reason why we need to focus on a next, large patch is because trying to maintain multiple branches of development and deploying small patches takes a significant amount of resources away from us working on fixing bugs, improvements and feature development.

Our focus has been on improving and polishing the content we already have, so there won’t be many new features. We’ve been making improvements from everything from AI to UI to balance. I won’t talk about all the stuff we’ve done, but here’s some stuff I’ve been posting on twitter: 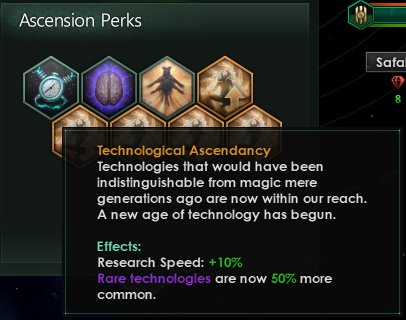 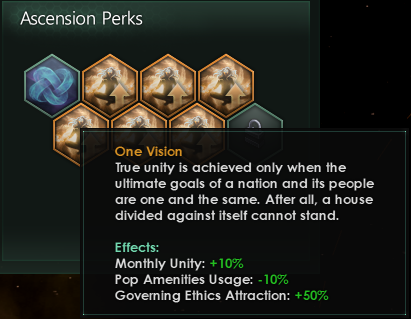 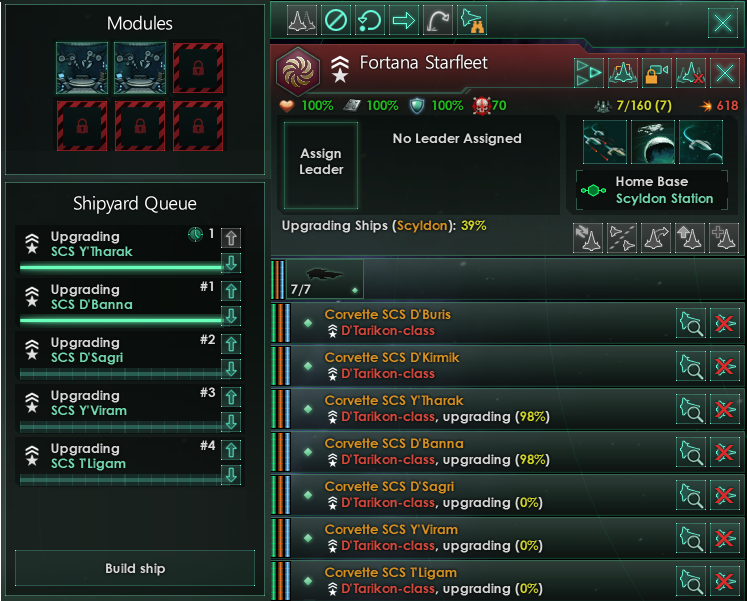 A vast improvement! Our tech lead, Moah, has been hard at work improving the way ships are upgraded. 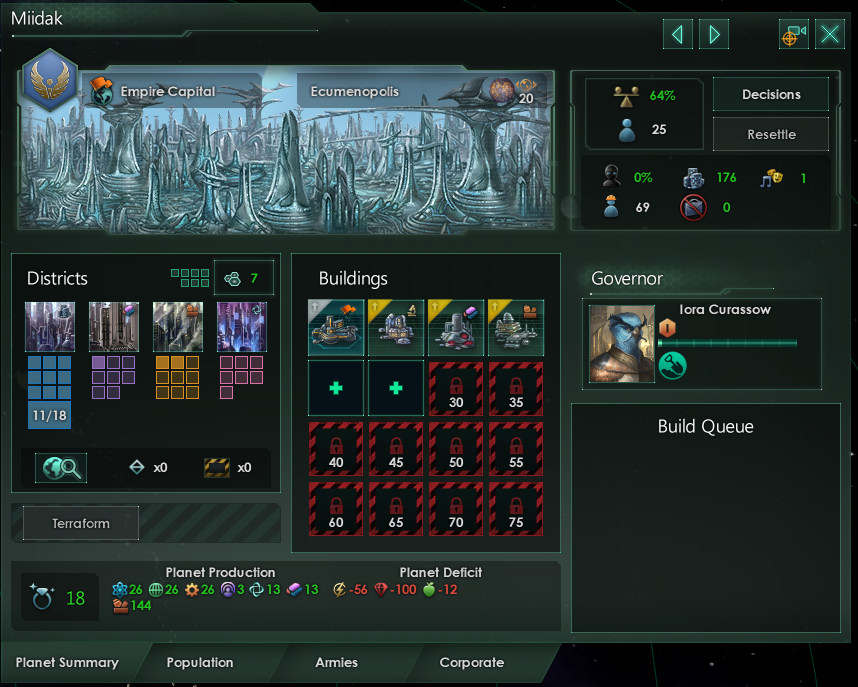 Cleaner display of districts! This arcology now display its districts with boxes, and in different colors!

That’s all we have for today folks, I just wanted to pop in and let you know that we’re still working on getting the patch out to you all. Personally I can’t wait until we can start telling you about the new stuff we will be starting soon, but it’s too early for that I’m afraid

As stated earlier, scheduled dev diaries are still on hiatus, but we may write something from time to time if we have something to show.

I guess this means other Ascension Perks which can be chosen as your first pick might be getting some buffs too. Else Technological Ascension is even more of a no-brainer than it already was.

The UI looks amazing and I love the ship upgrade improvements Can't wait for 2.2.6

As an aside, I'm on the beta version and don't remember seeing any of these features, especially not the improved UI, so I assume none of them are in the open beta yet?
Toggle signature
Pssst hey kid, you want some DLCs? First one's free

People will be okay with no changes but performance. Stutter and late game lag makes long parties unbearable

Gosh, the UI looks way cleaner and the "terraform" button is visible againe (I had to google this after the last change). It really looks better, but one question, could this UI change include the "movable" buildings? I mean, so I could order them as I like after they've been build?

I don't think it's a big change but for some pedantic people (such as myself) it would really help. Gameplay wise, it would be nice to know what building you lack at first glance, cause for example, you always put him in the same place.

Either this 'final' patch will be the biggest, most masterful, most comprehensive piece of software ever written, or this is disappointing. Problems with the AI and with performance are still extremely severe, such that many still feel that the game cannot be played enjoyably.

Expansion of the districts' color-coding is a good idea, and I do agree it makes the interface look more polished. Not a very important change IMHO (personally, I never felt put off or misled by the "inconsistencies" of district numbering), but a nice touch.

Really looking forward to improved ship upgrades. This is a straight up upgrade in my book, and couldn't have come too soon.

Overall I'm very excited for Ascension perks rebalance. Technological Ascension is looking really good now with that rare tech modifier. I wish more of the "+X to Y" APs got such unique effects, rather than stacking a greater amount of more common modifiers like One Vision does.

Ohh, finally some visual improvements! I love the new colors and UI.

Please do something with egmatic engineering, it feels like a worthless perk at the moment outside of RP.

With out unuqie techs in the late game it feels weak. Games against AI it’s pointless as late game AI lags behind in tech, MP it would have some use but most players will usually not get that far behind for it to be that much of a benifit.

I like what i am seeing, the distribution of some elements on the interface was a little strange to me. It was a good UI, now is better.

Ciderglove said:
Either this 'final' patch will be the biggest, most masterful, most comprehensive piece of software ever written, or this is disappointing. Problems with the AI and with performance are still extremely severe, such that many still feel that the game cannot be played enjoyably.
Click to expand...

Also, this topic is just a Tweet Teaser recap

@grekulf can we expect a run by on civics, specifically on slaver guilds?

i do admit i am not a coder, but i believe that at least a semi-competent coder can code "if worker -> then slave" (to put it simply) with his morning coffee, after a devastating friday night out

I hope the resource icons are modular. I'd hate not being able to re-use sprites for different ends.
H

If we talking about interface, whats about this 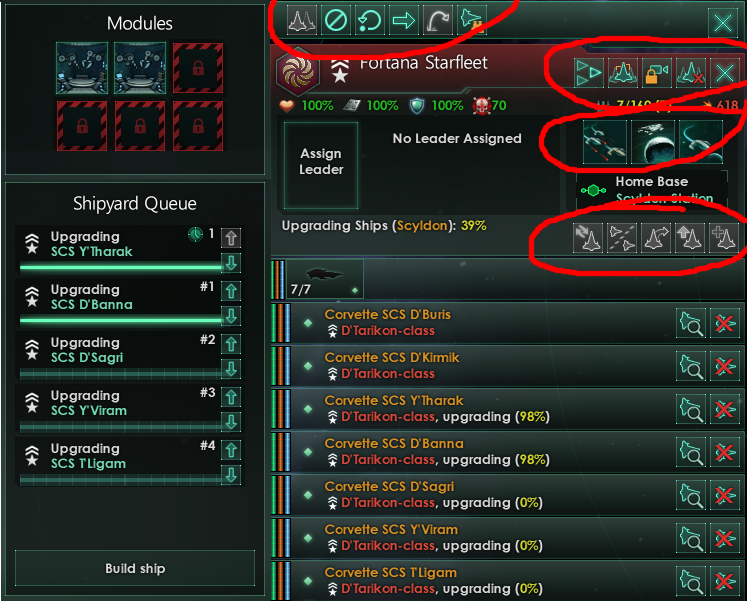 A couple of patches/Addons ago, briefly introduced a limit on the size of the fleet (like the initial limit of three Titans, if I remember correctly).
I think it's time to introduce an additional option, when you start the game, to limit the maximum allowed (hardcap!) the size of the fleet - so that even in late-late game AI couldn't create enough ships for the entire galaxy to begin to freeze.
So everyone have a hardcap of 300-500 fleet, for example. Of course as a custom option;
P.S. Sorry for the bad English :3

Please tell me that you will look at sectors and give us back some of the previous options we had in past patches.