Jump to latest Follow Reply
Menu
Install the app
You are using an out of date browser. It may not display this or other websites correctly.
You should upgrade or use an alternative browser.
Stellaris 46916 Bug Reports 27036 Suggestions 16457 Tech Support 2590 Multiplayer 358 User Mods 4420 Stellaris AAR (After Action Reports) Console edition 1125
Previous dev diary Next dev diary 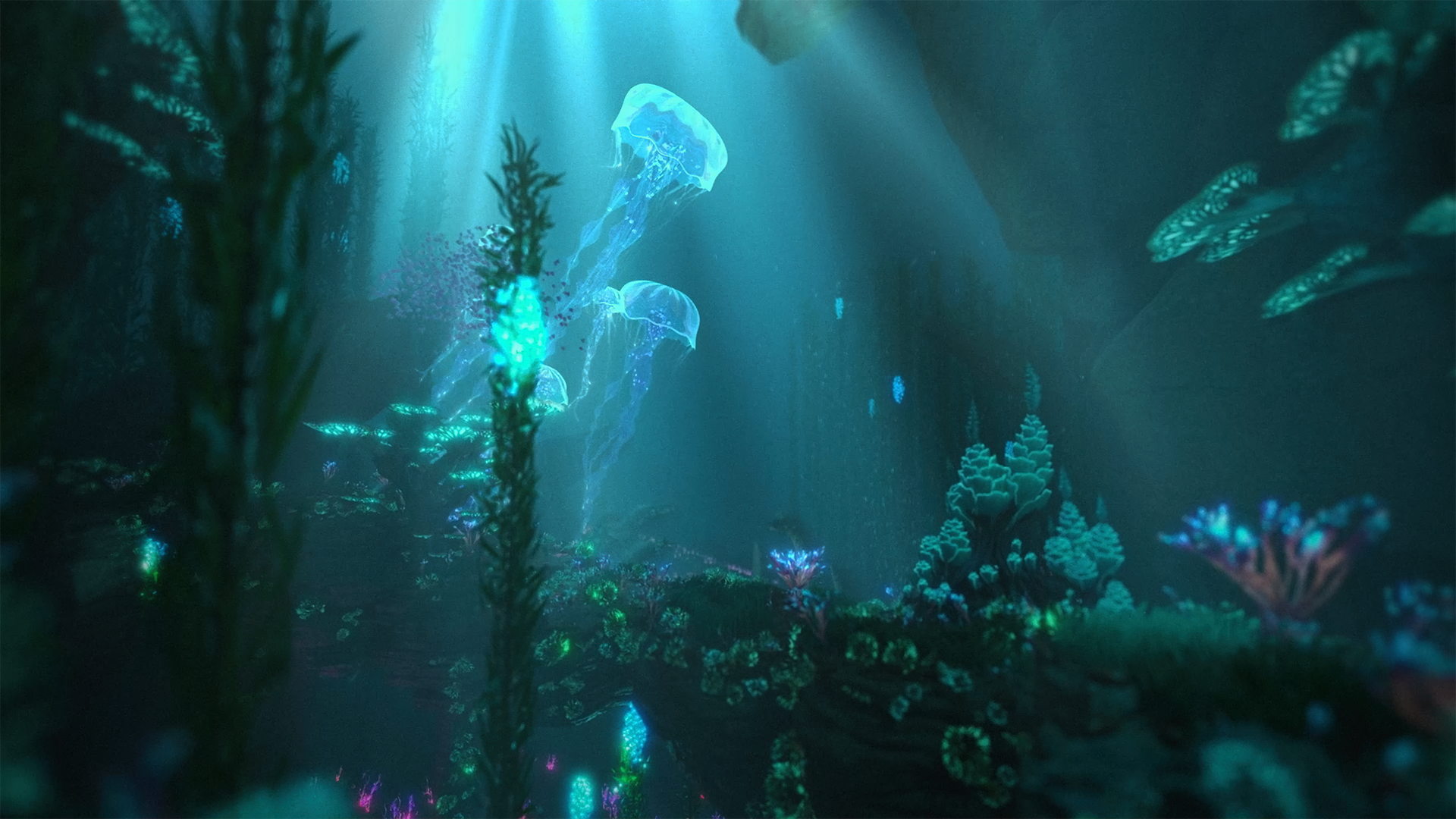 However, this left the Plantoids Species Pack and the Humanoids Species Pack as purely cosmetic outliers. Part of the Custodian Initiative for 3.1 “Lem” and 3.2 “Herbert”, (the two PC patches that are coming alongside Aquatics) was to add gameplay features to Plantoids and Humanoids to bring them into line content-wise with the newer species packs.

After the next patch, there will be three new species traits and two new civics included in the Plantoids Species Packs -- those of you who already own Plantoids, will get this content for free!

These new traits require either Plantoid or Fungoid portraits, and will only be available to those who own the Plantoids Species Pack.

Phototrophic is mutually exclusive with Radiotrophic, costs one trait point, and substitutes 50% of a pop’s food upkeep with energy.

Radiotrophic is mutually exclusive with Phototrophic and costs two trait points. Radiotrophic also substitutes half of a pop’s food upkeep with energy. Pops with the Radiotrophic trait that live on Tomb Worlds will have no energy upkeep, get +10% Habitability on Tomb worlds, and +10% Pop growth on Tomb Worlds.

Budding is mutually exclusive with Rapid Breeders, and costs 2 trait points. Budding allows your pops to reproduce via budding, in addition to their organic pop growth. Each pop will generate 0.02 Organic Pop Assembly per month. While this doesn’t seem like a lot, it rapidly adds up to some serious pop growth advantages.

Both of these new Civics are available for regular and Hive empires and included in the Plantoids Species Pack. Only Idyllic Bloom requires a Plantoid or Fungoid portrait. 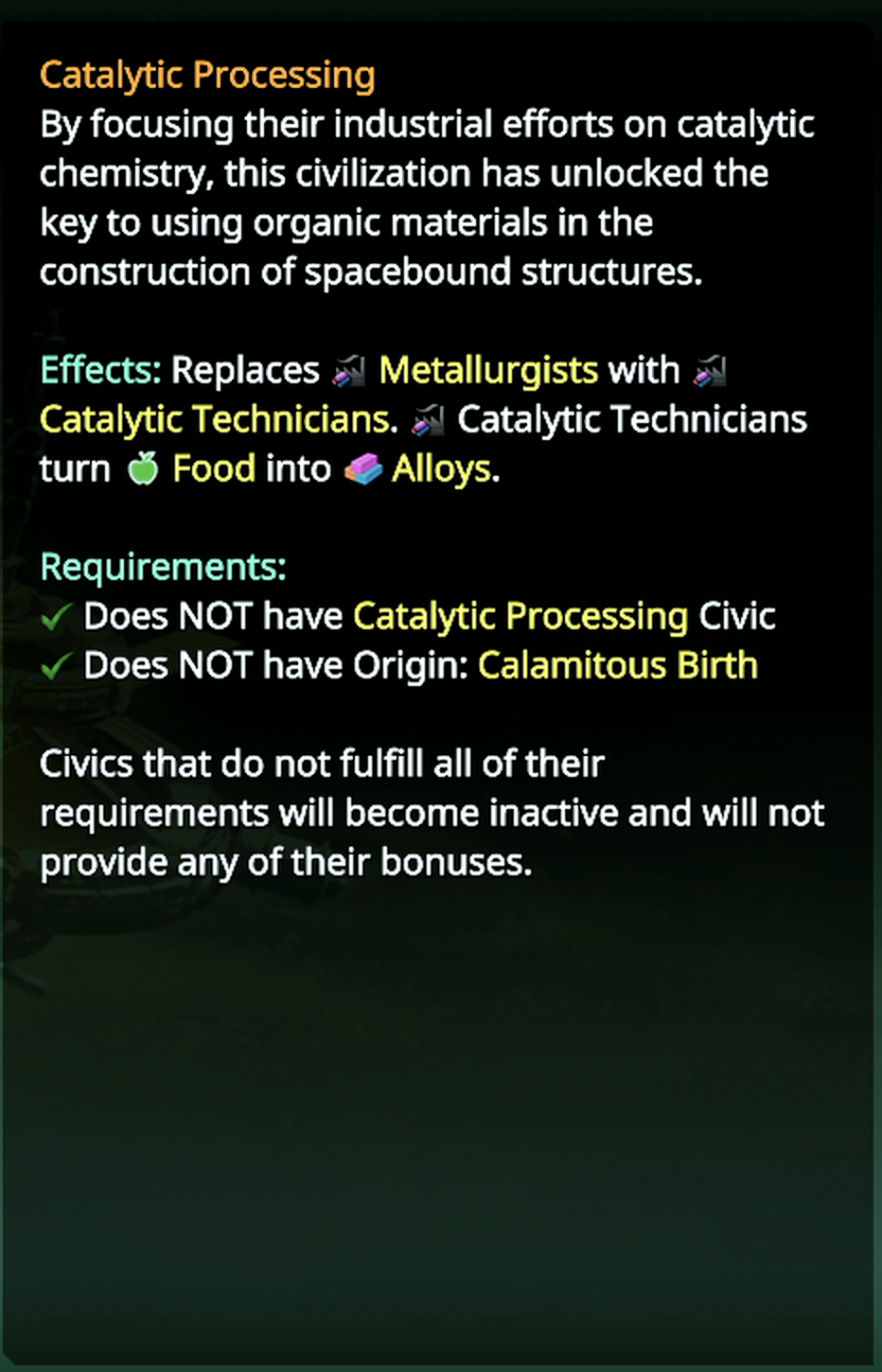 Idyllic Bloom lets you transform planets into Gaia worlds by building Gaia Seeders on your planets and then upgrading them. The Gaia Seeders have 4 phases, with the 4th and final phase triggering the terraformation of the planet to a Gaia World. Available to regular empires as well as Hive Minds. 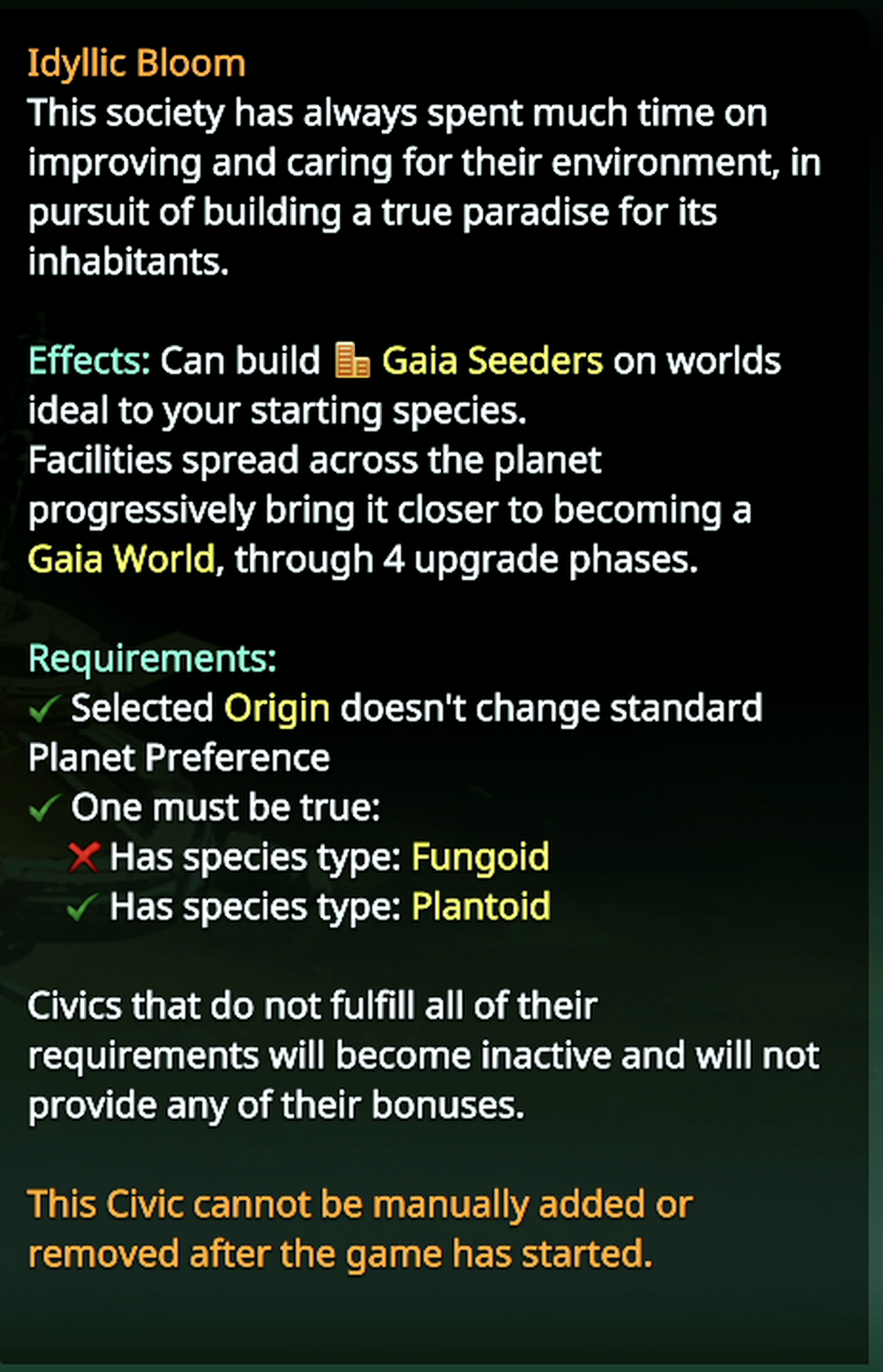 That’s it for this week, and be sure to join us next week’s Development Diary, where we will splice things up with additions coming to the Humanoids Species Pack!
Reactions: