Jump to latest Follow Reply
Menu
Install the app
You are using an out of date browser. It may not display this or other websites correctly.
You should upgrade or use an alternative browser.
Stellaris 44881 Bug Reports 24604 Suggestions 14692 Tech Support 2407 Multiplayer 348 User Mods 4289 Stellaris AAR (After Action Reports) Console edition 1045
Previous dev diary 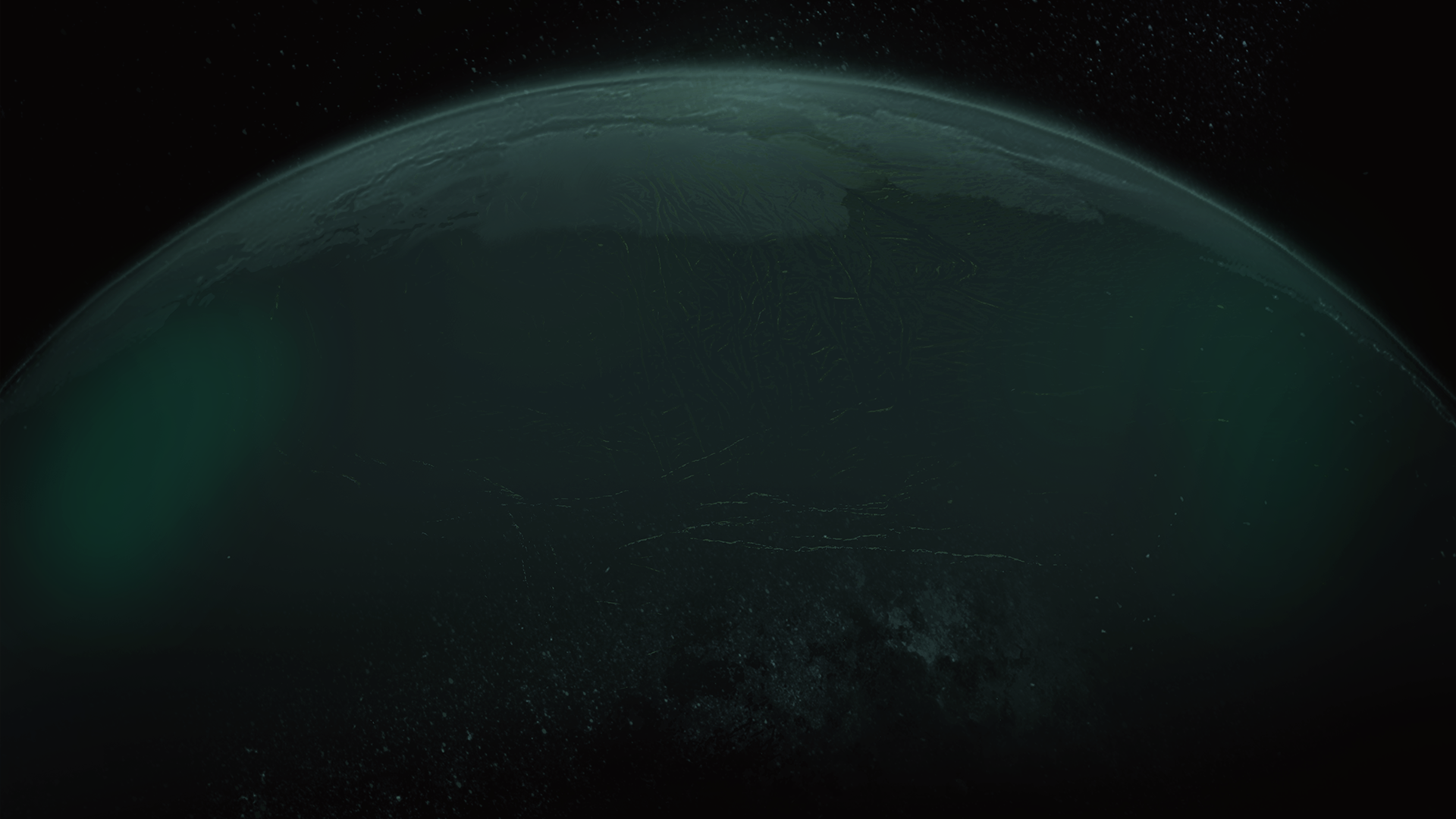 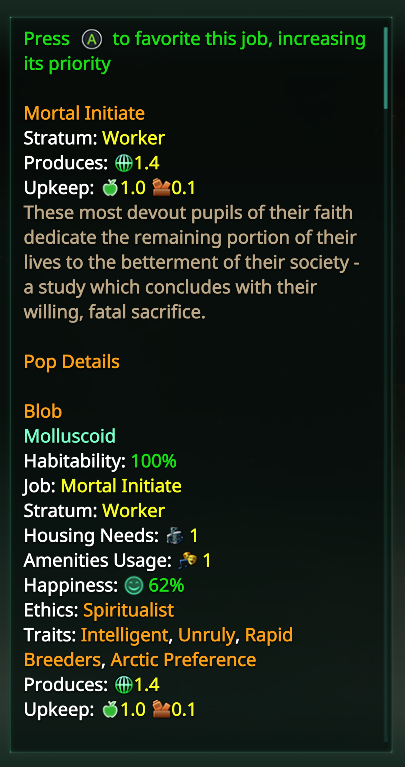 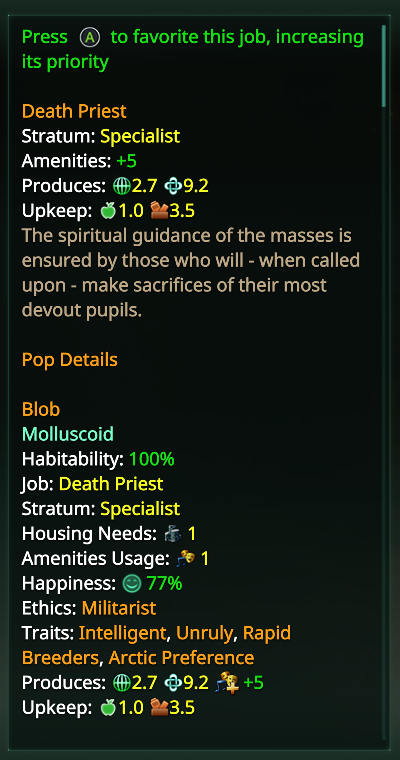 Death Cults that have Mortal Initiate positions filled gain access to three new Sacrifice Edicts that let them perform the ritual slaughter to the gods (or whatever force your empire’s pops believe in). The outcomes include a certain degree of randomness, however, sacrificing more pops will generally result in better bonuses from these edicts. 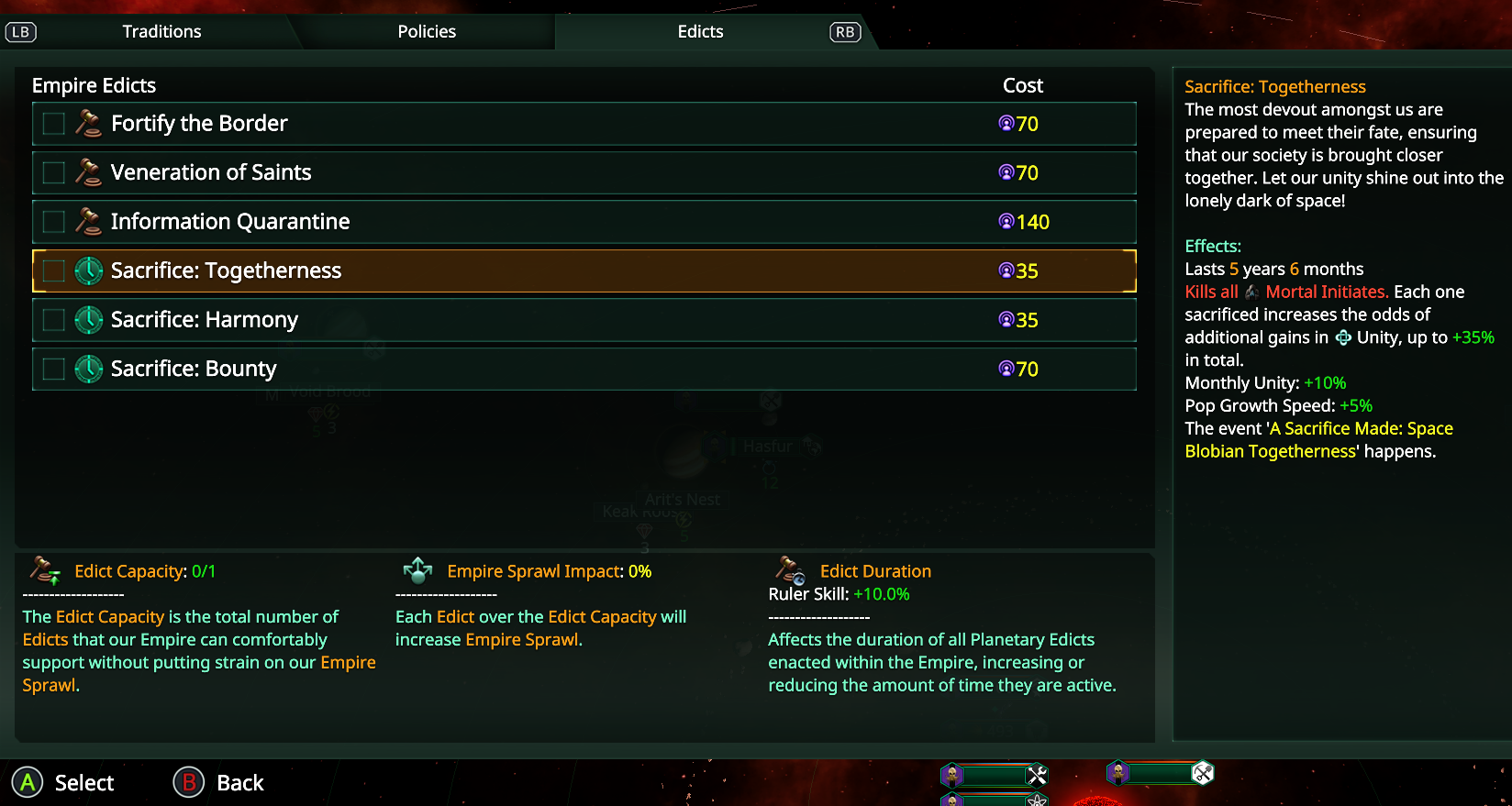 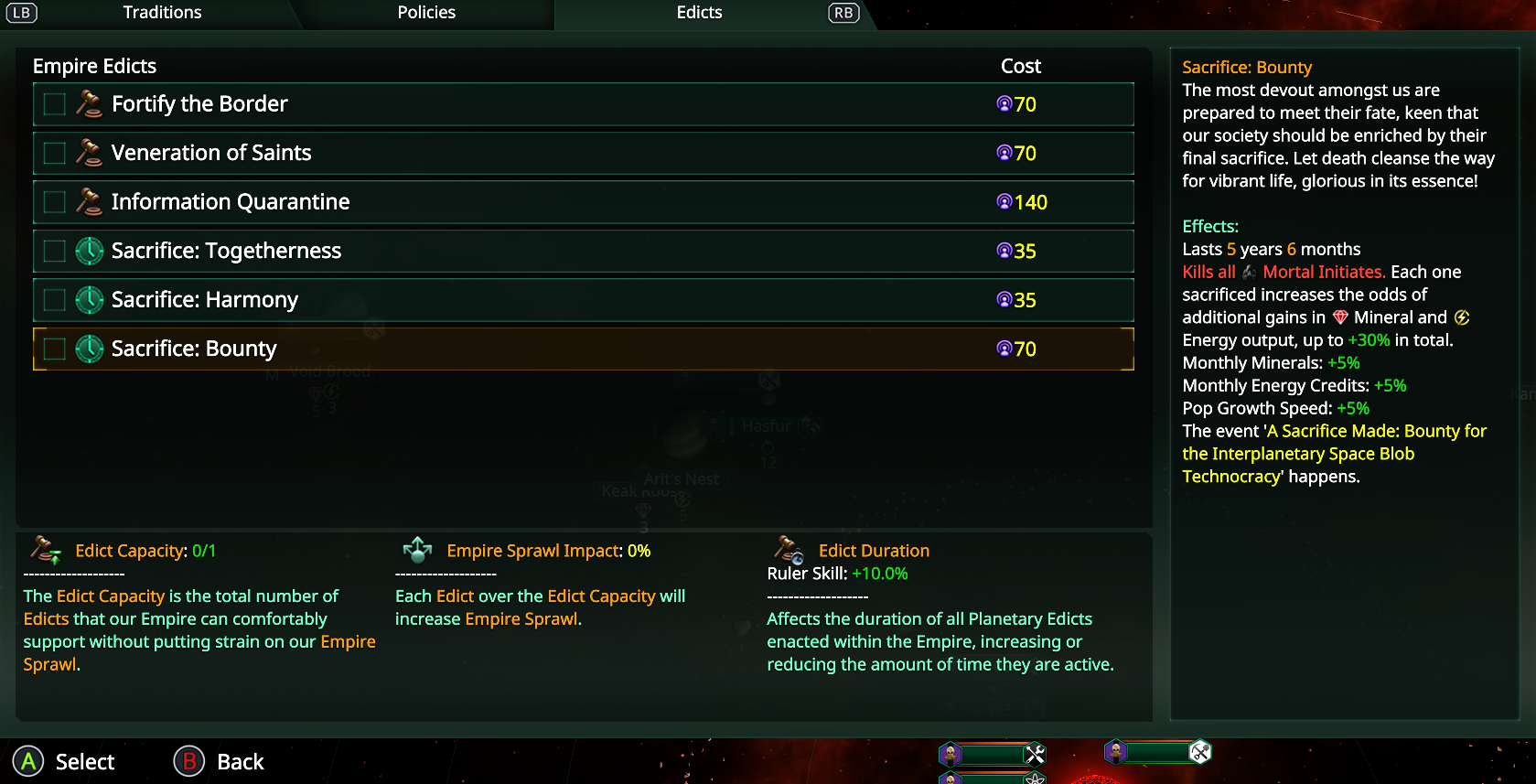 Despite being societies revolving around ritual murder, the theme of these civics is intended to be one of voluntary sacrifice, where the sacrifices are appreciated and honored. In order to choose the Death Cult or Corporate Death Cult Civics, your empire must be some degree of Spiritualist, and not Fanatic Purifiers, Inward Perfection, or have the Necrophage Origin.

The Memorialist Civic is dedicated to remembering the fallen and studying the inevitability of death, Memorialists replace the Autochthon Monument with a set of three new buildings: the Sanctuary of Repose, Pillar of Quietus and Galactic Memorial. 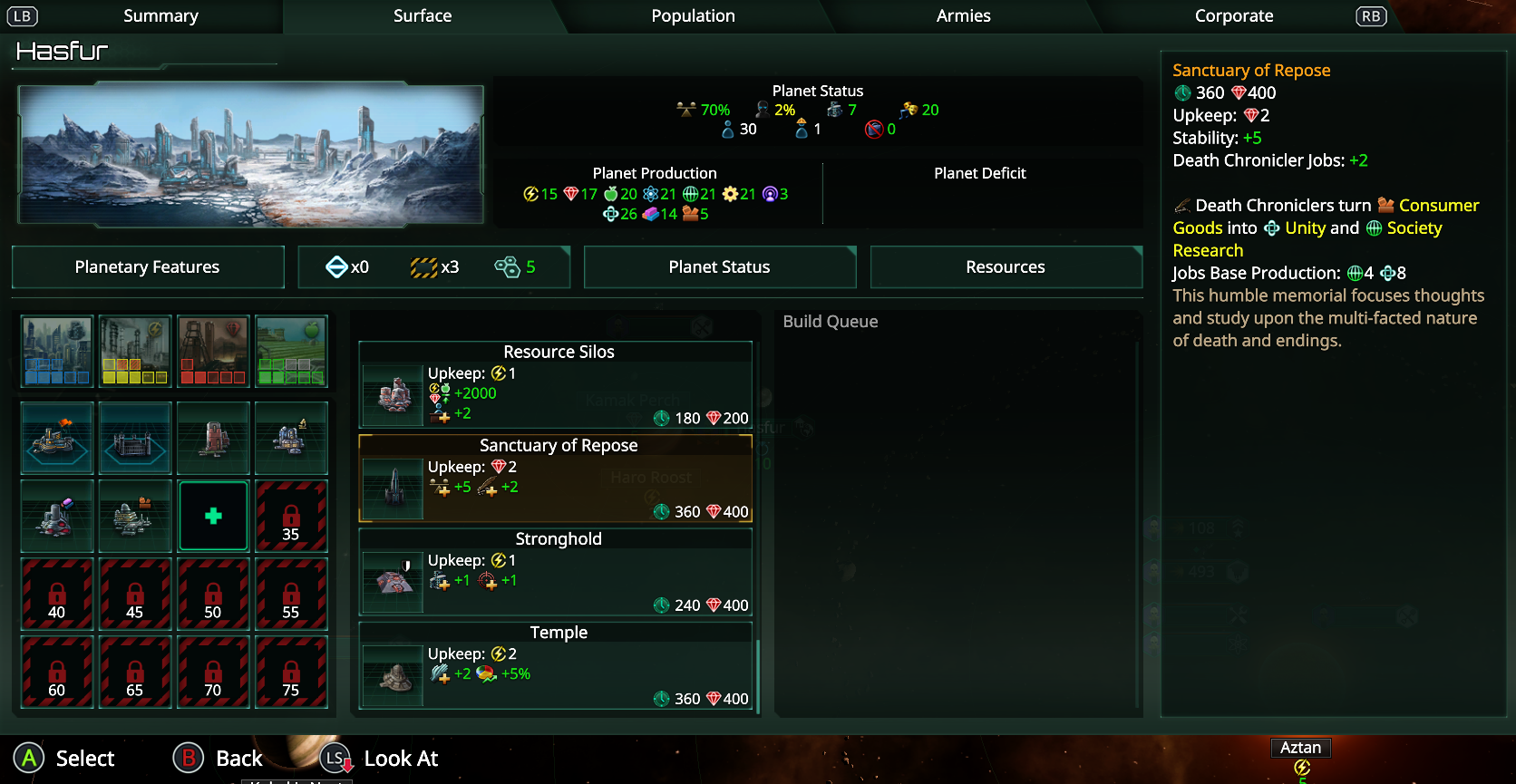 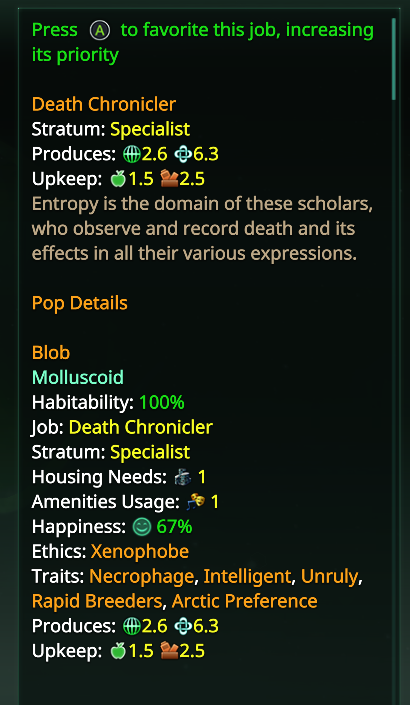 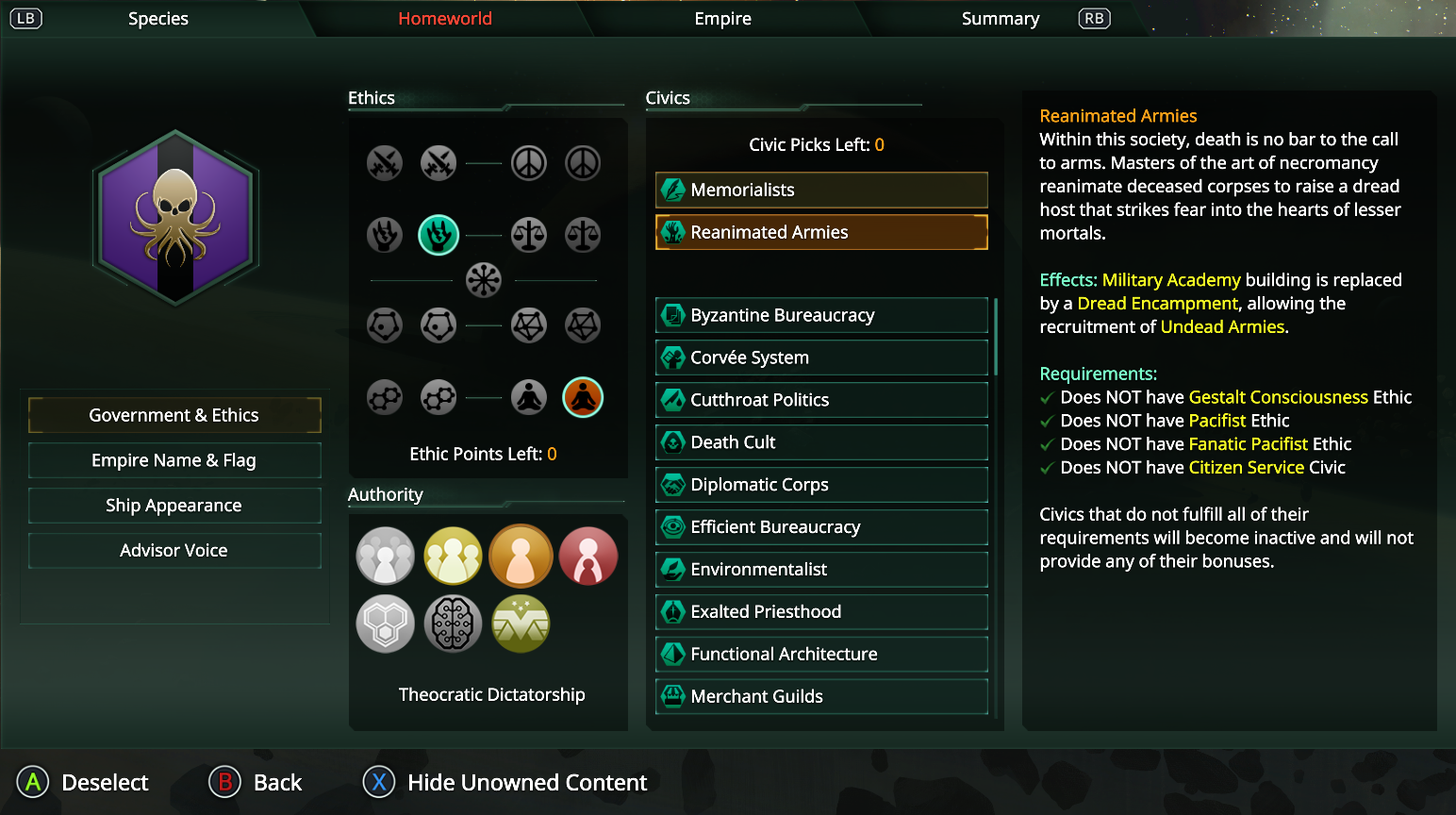 This civic replaces the Military Academy with a Dread Encampment (requires the Centralized Command technology) and can recruit Undead Armies that are unaffected by morale.

This civic has a few restrictions - no Pacifists or Gestalts, and it conflicts with Citizen Service since it replaces the Military Academy. Some subtle differences exist between Soldiers granted by Military Academies and the Necromancers from Dread Encampments - they’re Specialist tier and provide more defense armies, provide some research benefits, and will summon additional defense armies under Martial Law instead of increasing Stability. 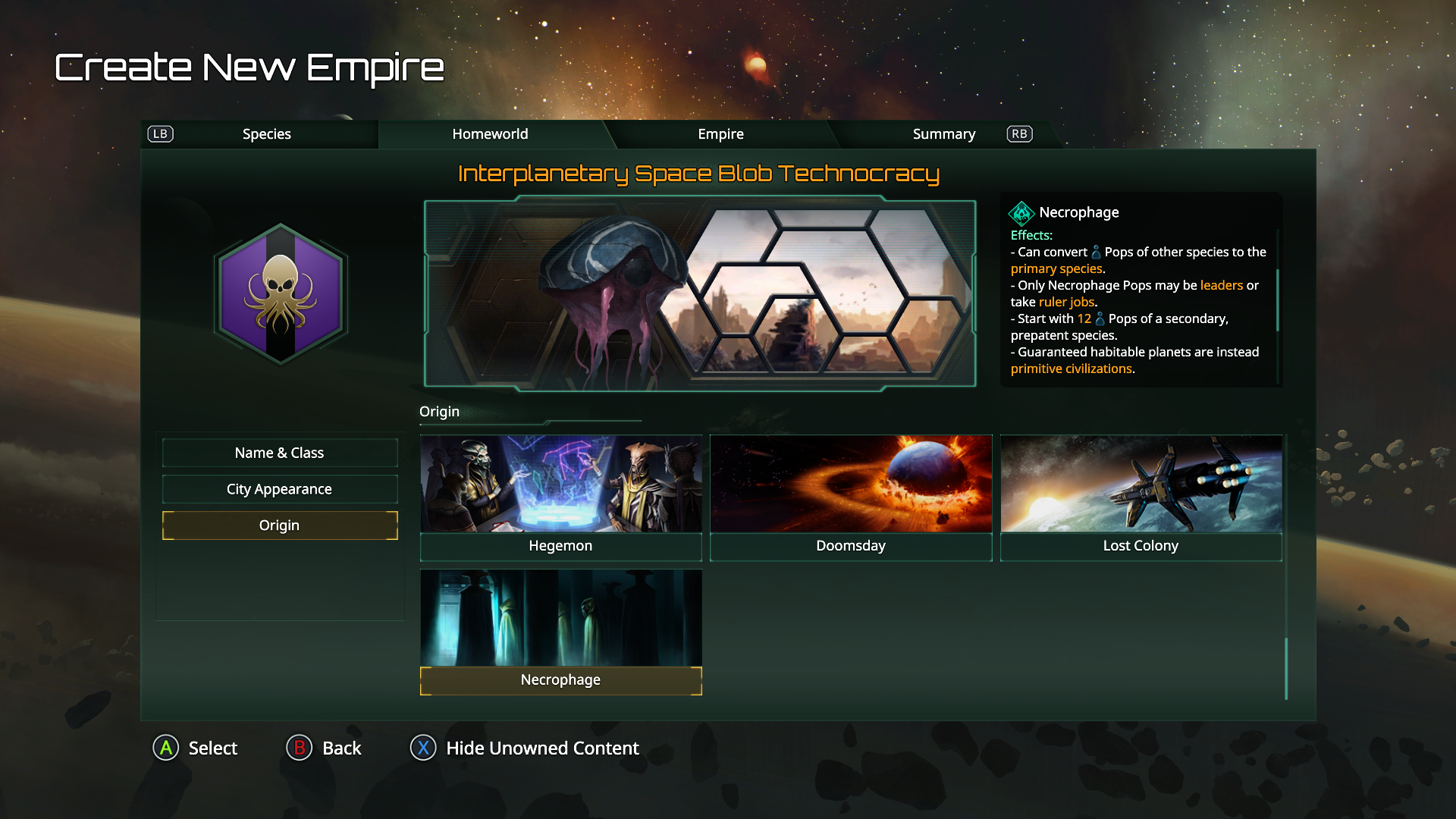 Necrophage is a new Origin that means that your primary species procreates very slowly, and is instead dependent on transforming other Pops into themselves. You will start on your homeworld, with a second, prepatent species. Pops are Necrophaged at the Chamber of Elevation building, once every 10 years. These pops are then converted into the primary species of your empire.

The Necrophage Origin also starts with primitives on their guaranteed habitable worlds. It’s important to note that pops cannot be Necrophaged when they have the Primitive Culture Shock modifier, as being Necrophaged is a voluntary process and an honor to the Necrophaged. 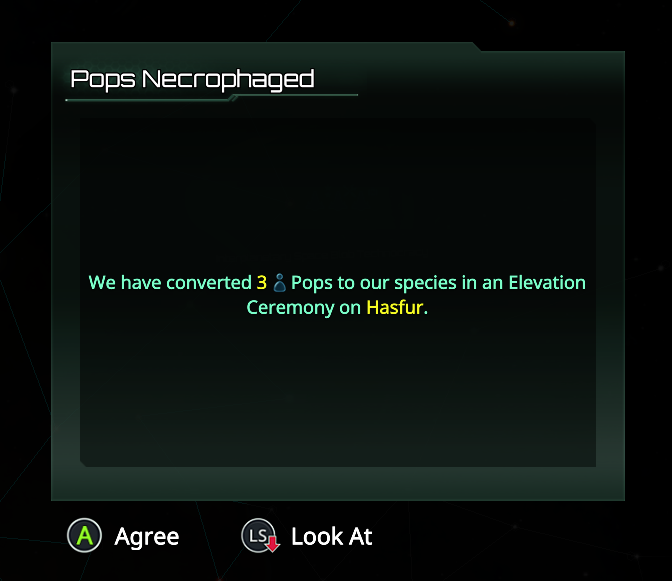 That’s all for this week! Be sure to join us next week for our Necroids Species Pack Release Stream on Thursday, November 11th, starting at 10:30 AM CET on twitch.tv/paradoxinteractive! 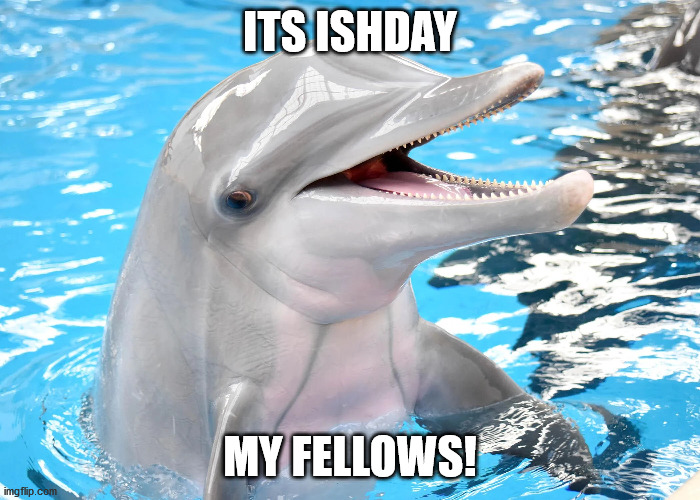 "Only Necrophage can be leaders" does that include other empires of necrophage? Or only your primary species?
Reactions:

what are people thinking in terms of builds that take advantage of these new civics and origin?
S

Gundehiiil the Dvar said:
"Only Necrophage can be leaders" does that include other empires of necrophage? Or only your primary species?
Click to expand...

I think if you have the other empire's pops that were already Necrophage then yes.
Reactions:

This is why I always play random empires.

In my current run the game selected the "Reanimated Armies" civic for me to start with, even though the DLC is not out yet.